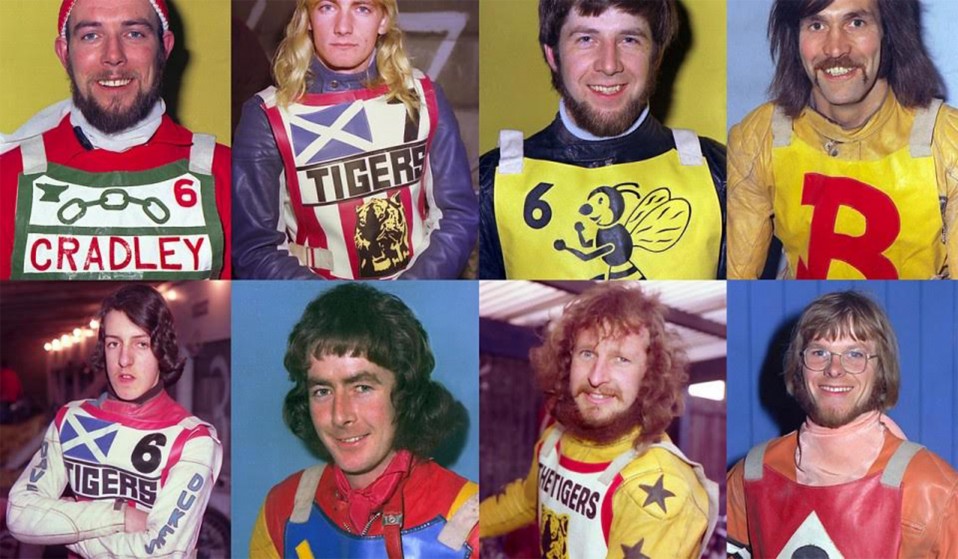 Sideburn Magazine editor Gary Inman on his raucous Dirt Quake event, which descends on Kings Lynn for a weekend of two-wheeled madness at the Adrian Flux arena, July 17-18.

Sideburn Magazine editor Gary Inman on his raucous Dirt Quake event, which descends on Kings Lynn for a weekend of two-wheeled madness at the Adrian Flux arena, July 17-18.

This weekend the fourth edition of Dirt Quake touches down at the Adrian Flux arena in Kings Lynn. We caught up with Gary Inman, Sideburn Magazine publisher and editor, as well as impresario behind the mentalist hoe-down that is quickly redefining what it means to be a biker.

What was the original inspiration behind Dirt Quake?
We at Sideburn Magazine had seen a few photos of choppers on dirt tracks, one from America and some from an event called Kaanaan Kahinat in Finland. We loved dirt track racing, but knew it was intimidating for some people so we made an event anyone could enter on any bike and we tried to limit the amount of machismo attached to the event by having a ‘Carry On’ feel to proceedings. Our pace car was a motorised pie. Our commentators didn’t know anything about motorbikes or racing. We had a live band play TV themes, from Casualty and Bergerac, between the races. We have race classes for Inappropriate Road Bikes, women and choppers. It’s not a comedy event, but anyone taking too seriously isn’t really getting it. People have dipped their toe in the water at Dirt Quake, though, then bought proper race bikes and become club racers, which is a great spin-off.

For a while now the mainstream motorcycle industry have been copying what the custom bike scene have been doing and looking at events like Dirt Quake as inspiration. Are you flattered? Are you bitter? Do you care?
Harley-Davidson sponsored our Dirt Quake USA event and really got into it, covering the expenses of some misfits to come up from California to race their mean Sportsters, and that really added to the event. Yamaha Yard-Built are supporting this weekend’s Dirt Quake and so are Bikesure, a big insurance company, so we work with the mainstream, but it isn’t making our event any less ragged. The opposite, in fact, is true. Dirt Quake USA, last month in Washington, was the wildest motorcycle event I’ve been to in 25 years. These famous sponsors are not making anyone rich, they’re just allowing us to rent a great track, pay the bands and get proper medical cover for the riders.” 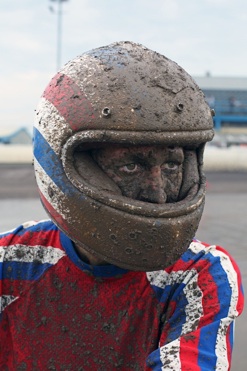 Who was cooler and why: Eddie Kidd or Evel Kneivel?
They were both legends, but I’ve met Eddie Kidd and from what I’ve read about Evel, I know Eddie is a nicer fella, and therefore must be cooler. He crippled himself, at a Hell’s Angels event, crashing off some banking after he’d been living it up the night before. Despite being in a wheelchair, and being quite hard to understand, until you get used to the way he now talks, he still managed to pull his nurse and ended up marrying her. And Eddie named his bike Sid because it was vicious. But Evel is Evel, so I’m not choosing between them. Drake McElroy is cooler than both of them. Look him up.

Friday night is the Dirt Track Racing night, and there’s a bunch of parties after. Saturday is Dirt Quake Day, where the madness really takes off. Here’s a film we made at last Dirt Quake 3.

Linkedin
RELATED ARTICLES
OTHER ARTICLES
Welcome to a world where anyone brave — or foolish — enough can race any motorcycle on an internationally-renowned dirt track.
The Morvélo Battle Royale sees a derelict market in Brighton become a Mad Max-style battleground of indoor oval track bike racing.
When Gary Inman started telling stories of unsung heroes, he created a home for bike lovers from all walks of life.