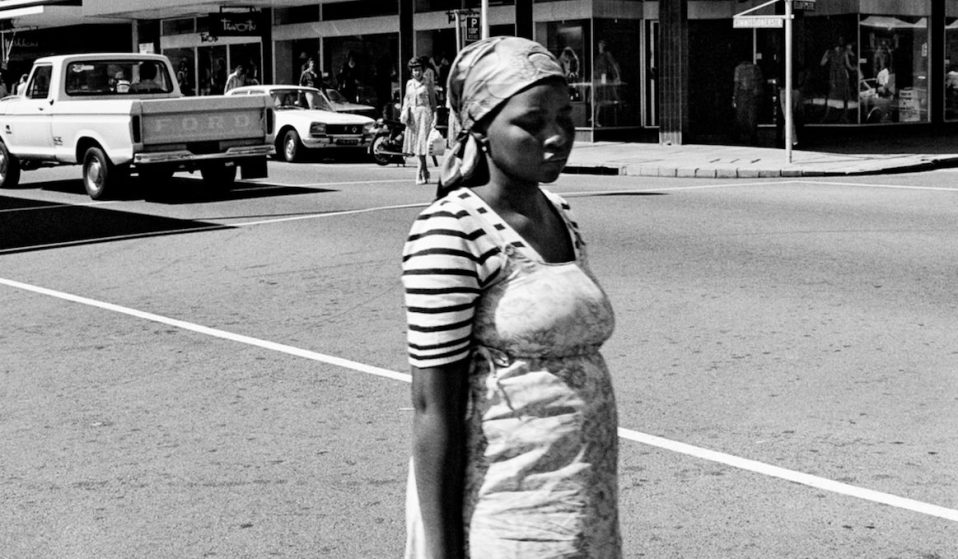 A new exhibition explores the work of the late photographer David Goldblatt, whose images captured some of the more intimate moments of a horrific regime – from both sides.

A new exhibition explores the work of the late photographer David Goldblatt, whose images captured some of the more intimate moments of a horrific regime – from both sides.

As a Jewish man born in South Africa, David Goldblatt (1930-2018) was an insider and an outsider at the same time. Born to parents who fled Lithuania to escape persecution, Goldblatt was possessed with a profound sensitivity to the exploited and oppressed. He took up photography as a teenager and began working full time in 1963 after selling the family store following the death of his father to document South Africa at the height of apartheid.

“David Goldblatt was a very political person and believed strongly in documenting the injustices that he saw around him. But he didn’t think of what he was doing as activism and he certainly didn’t want it to be propaganda,” says Pace Gallery curator Oliver Schultz.

Reflecting on what he describes as Goldblatt’s “compassion and dispassion”, Schultz discussed how the photographer’s matter of fact approach maintains its own profound emotional force. Although straightforward in its presentation, Goldblatt’s images can be unpacked like Russian nesting dolls, offering layers of meaning aligned with the viewer’s proximity to the subject of his work. 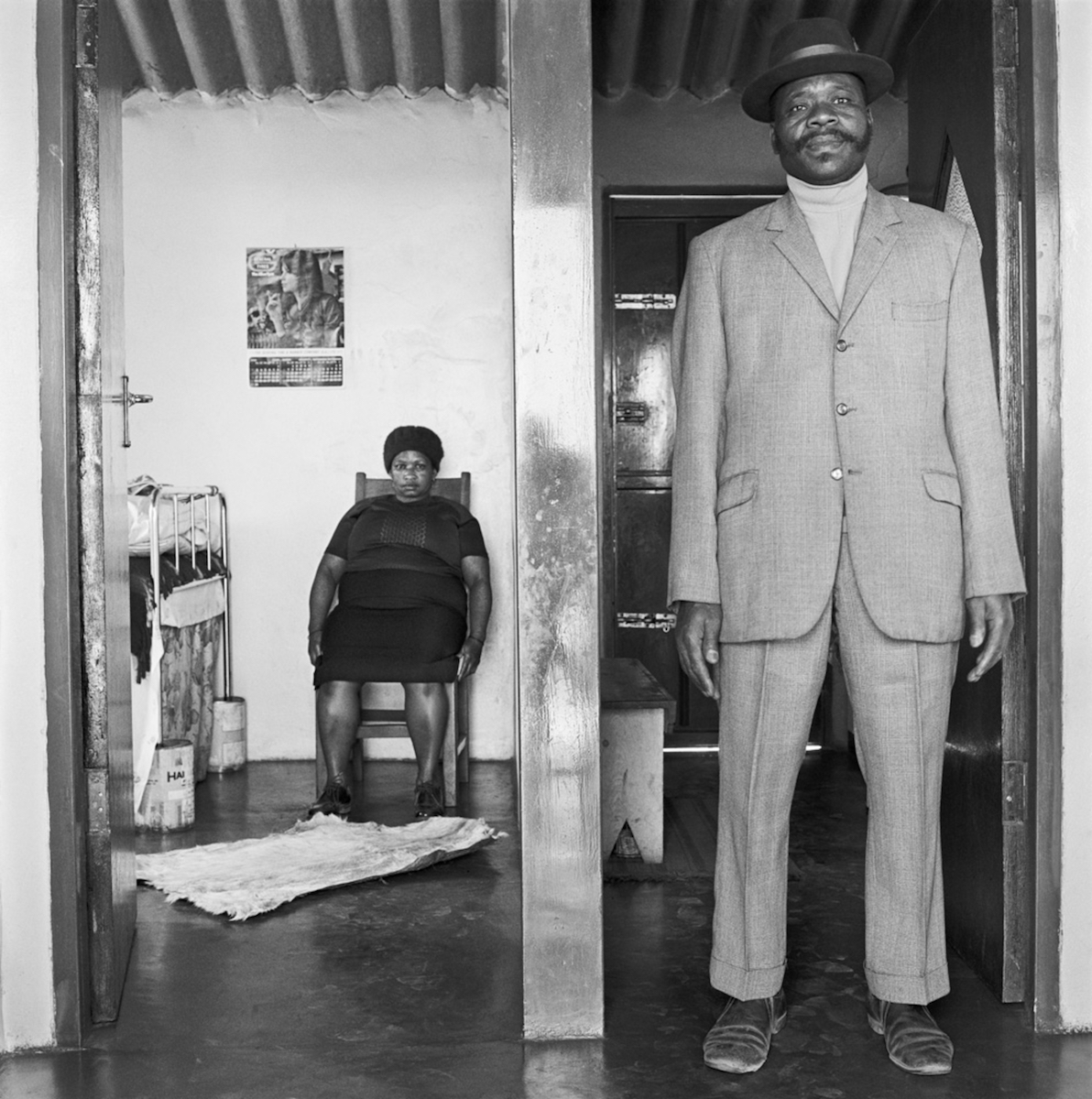 As curator of the new exhibition David Goldblatt: Strange Instrument, South African photographer Zanele Muholi, a close friend and mentee of Goldblatt, illustrates just this in a series of 23 idiosyncratic categories such as “Nurturing”, “Sleep”, “Friendships”, “Textures”, “Poverty”, and “Pulse”.  Created in “the living memory of David”, the exhibition offers deeply personal meditation born out of Muholi’s experiences as a Black person living through apartheid who saw in Goldblatt a father figure.

Muholi doesn’t tell specific stories about Goldblatt’s photographs but offers new lenses through which to view them. The exhibition takes its title from a quote by Goldblatt that crystallises this understanding of the power of photography: “The camera is a strange instrument. It demands, first of all, that you see coherently. It makes it possible for you to enter into worlds, and places, and associations that would otherwise be very difficult to do.”

The works are extraordinarily effective in exploring and exposing what lies in plain sight, but they might not be readily understood without the benefit of personal experience. Strange Instrument is a conversation between artists and friends about life under a horrific regime, and the insurmountable strength required to survive apartheid.

Muholi renders this brilliantly in the placement of the photograph Couple at The Wilds, Johannesburg, 1975, from the series “Particulars” in the category titled “Freedom to Be Gendered”. 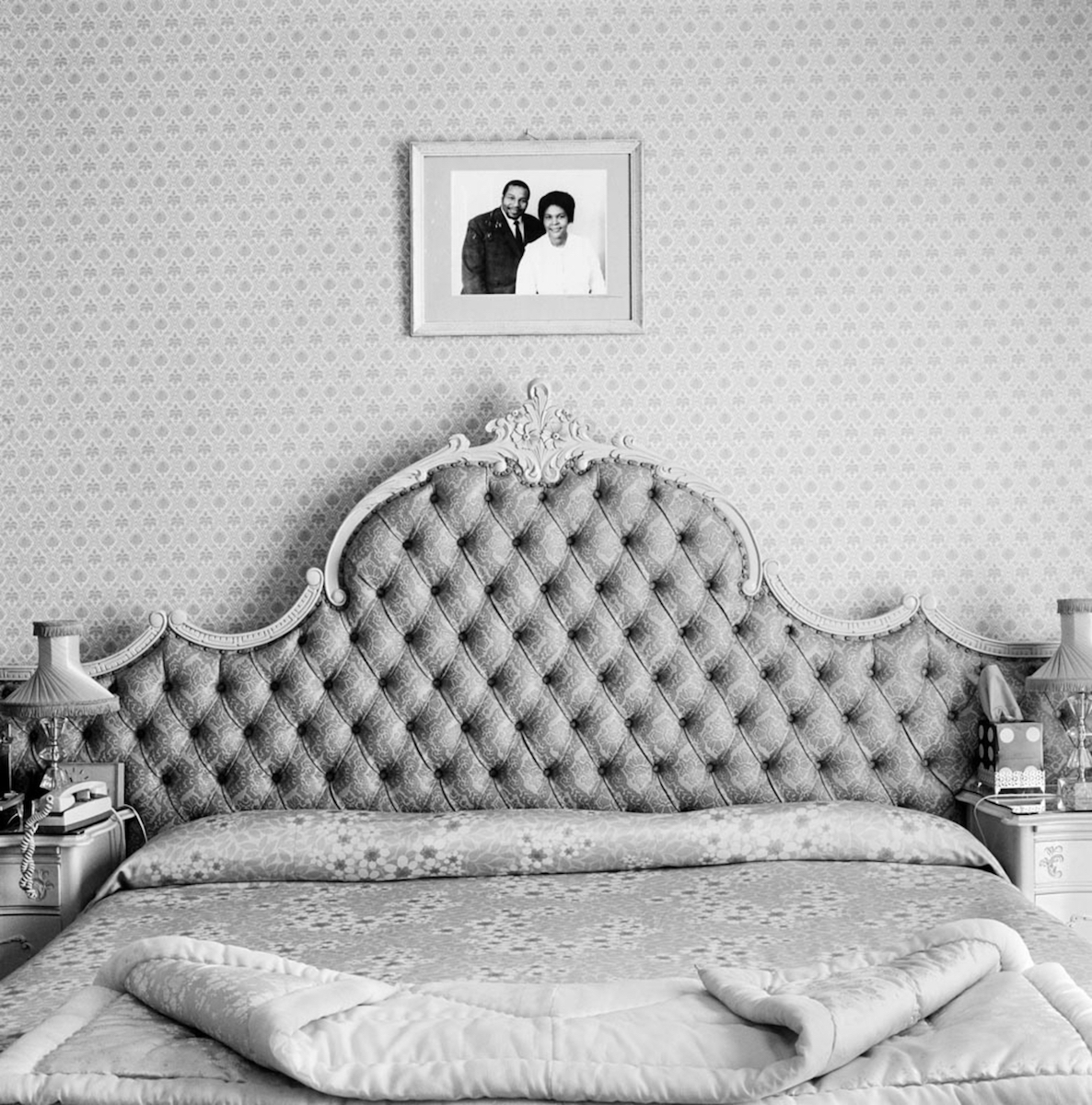 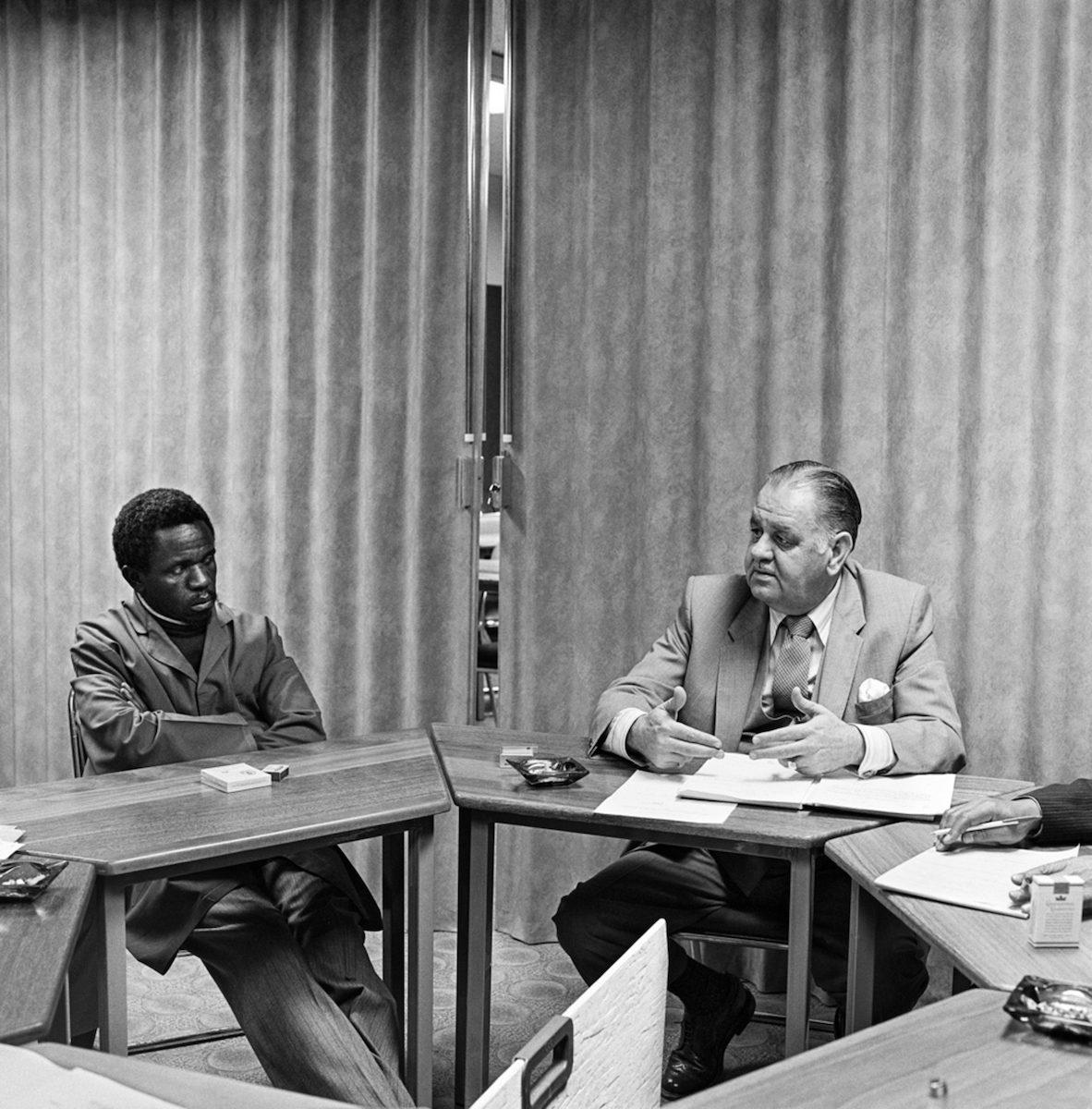 Meeting of the worker management Liaison Committee of the Colgate Palmolive Company, 1980

“The close-up body parts of The Particulars are a study of posture and position, and a question of the body you’re in. There is a performance of gender in that choice of footwear and the crossed legs. For Muholi, they become about the question of gender identity and you realize that was always in these photographs even though Goldblatt himself may not have thought about it that way,” Shultz says.

“The ‘Particulars’ might seem to be an exercise in formalist photography when they are exactly the opposite. When Goldblatt was asked, ‘Where’s the apartheid in these photographs?’ he said, ‘It’s in the grain of the image.’” 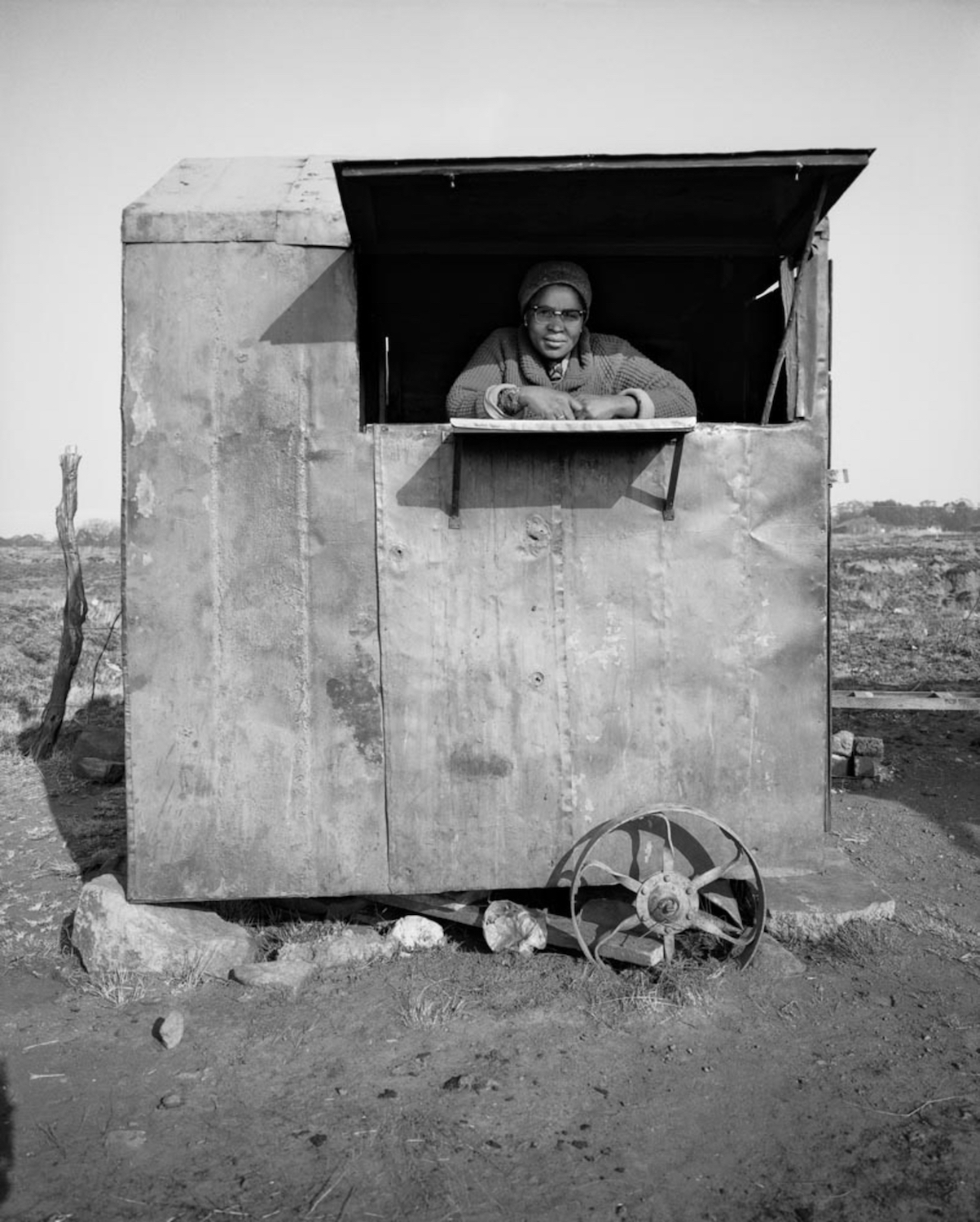 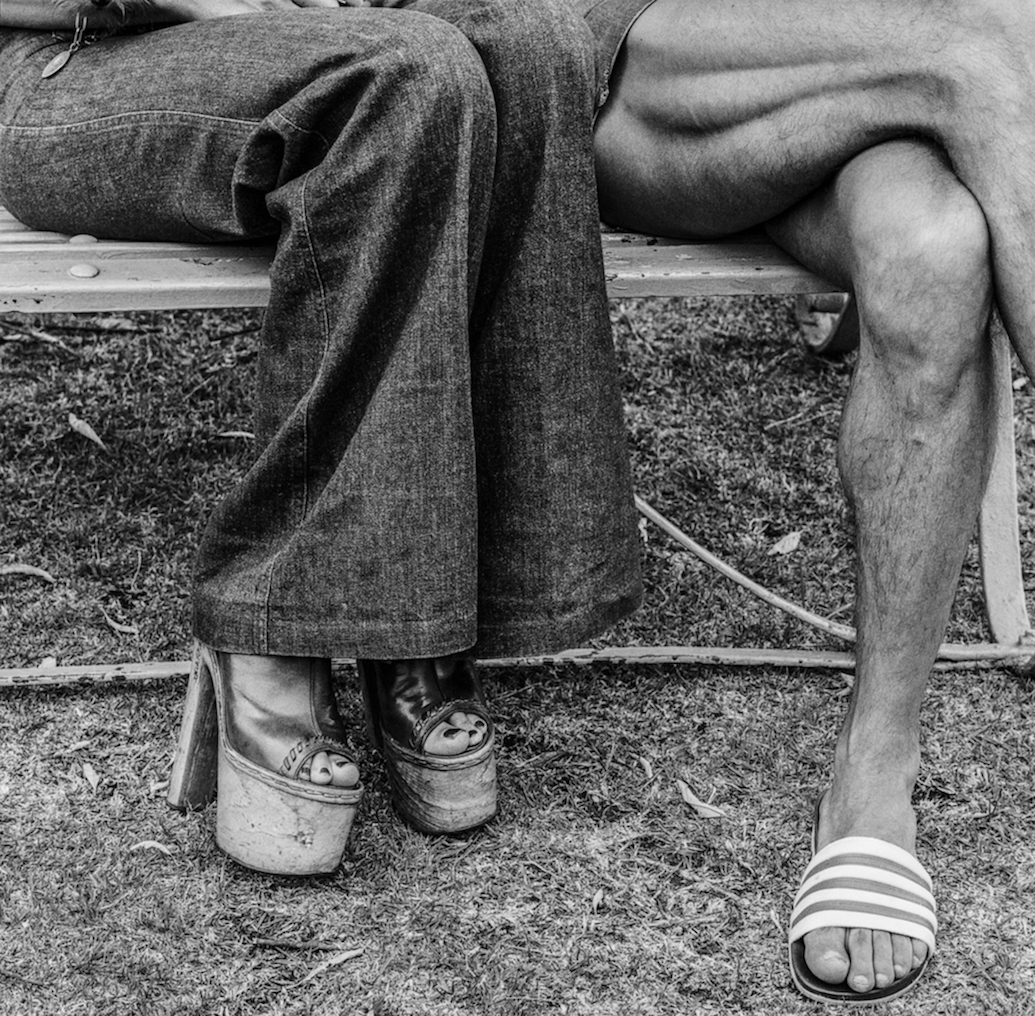 Couple at The Wilds. Johannesburg., 1975

Linkedin
RELATED ARTICLES
OTHER ARTICLES
Photographer Matthew Brookes recalls following a group of young people in Venice Beach living in search of the perfect wave.
Whether it's partygate, the climate crisis or the spiralling cost of living, the fightback begins on the picket lines writes Tommy Vickerstaff
The author discusses the all-consuming nature of heartbreak, and turning the experience into an incisive exploration of love and loss.
Finland-born photographer Sirkka-Liisa Konttinen looks back on her decades-long documentation of life in Northern England.
LGBTQ+ students are keeping the spirit of the original Pride alive by fighting for liberation for everyone, not just their community.
Photographer David Hoffman recalls documenting the extreme wealth inequality around Tower Hamlets and Hackney int the 1980s.