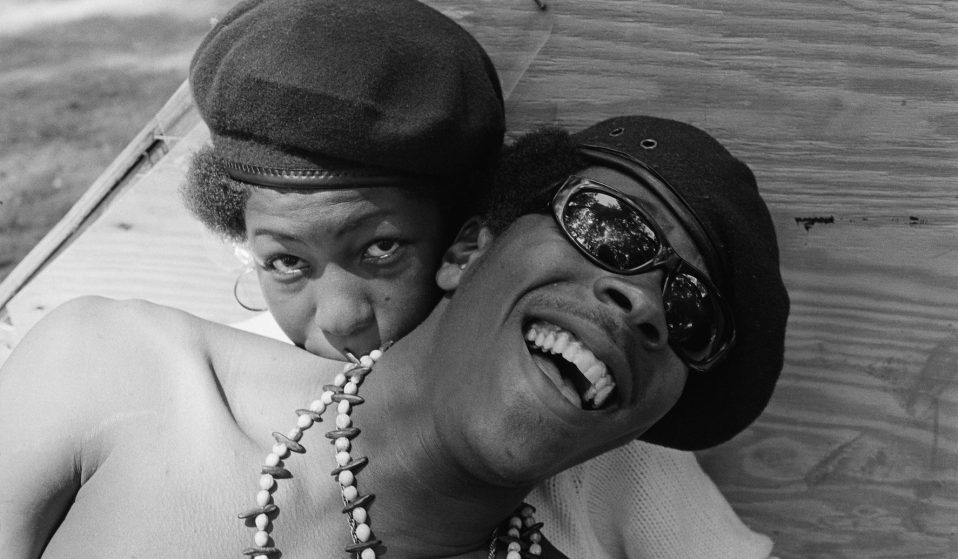 A 1987 film recently made available to stream chronicles the fight to end decades of discrimination and segregation from the point of view of ordinary people.

A 1987 film recently made available to stream chronicles the fight to end decades of discrimination from the point of view of the ordinary people whose actions launched a movement that changed the fabric of American life.

“The past is never dead. It’s not even past,” William Faulkner famously wrote in the 1951 novel Requiem for a Nun, about the vicious cycle of trauma that lies deep in the heart of America. It is a truth that plays out more frequently than we may know.

Following the April 11 police shooting of 20-year-old Daunte Wright at a traffic stop, George Floyd’s girlfriend Courteney Ross revealed to the press that she had taught Wright while he was a student at Edison High School. The horrific convergence echoes that of Iberia Hampton, mother of slain Black Panther leader Fred Hampton, who babysat for Emmett Till before the 14-year-old boy was brutally murdered in 1955.

The stories of Emmett Till and Fred Hampton are just two of the stories featured in Eyes on the Prize, a landmark 1987 documentary TV series chronicling about Civil Rights Movement, which is now streaming free for a limited time on World Channel. 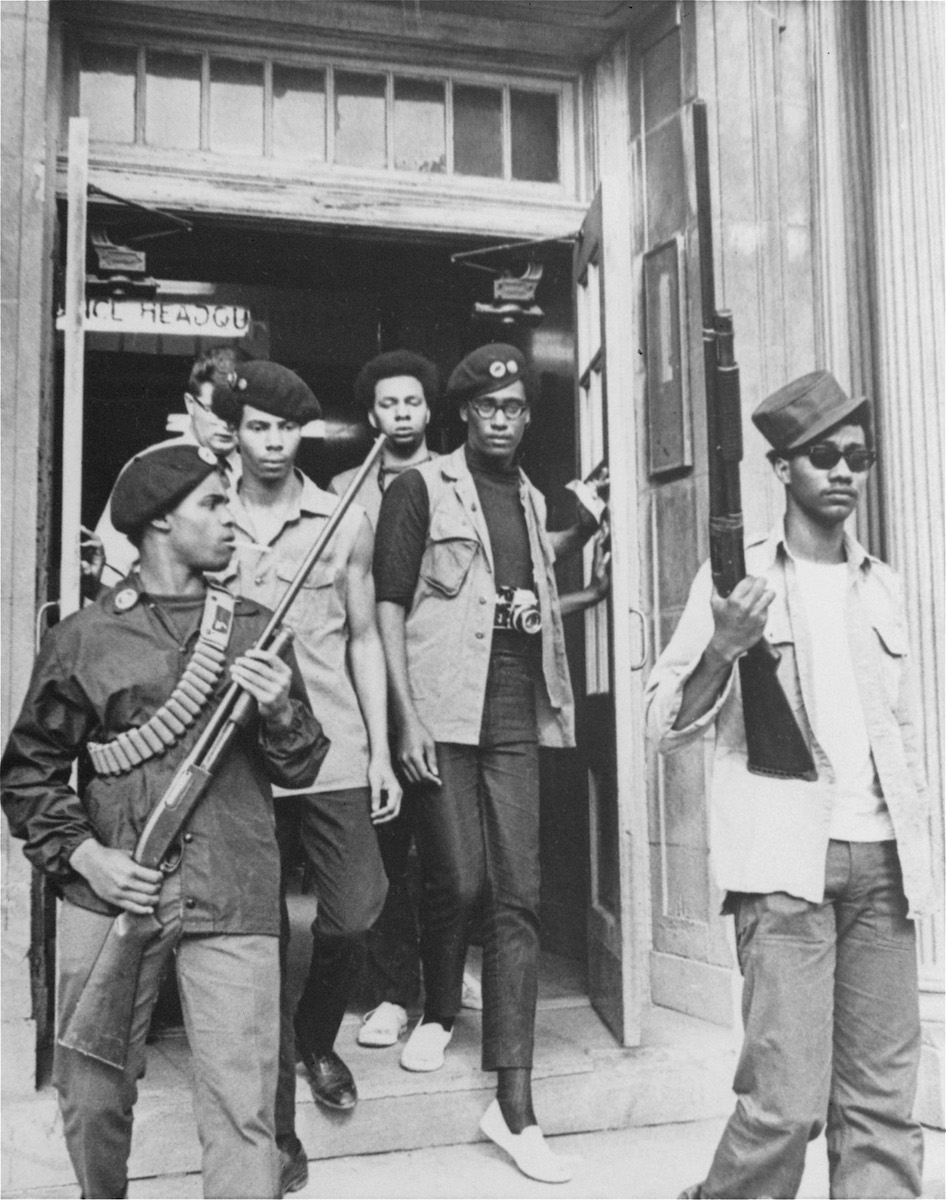 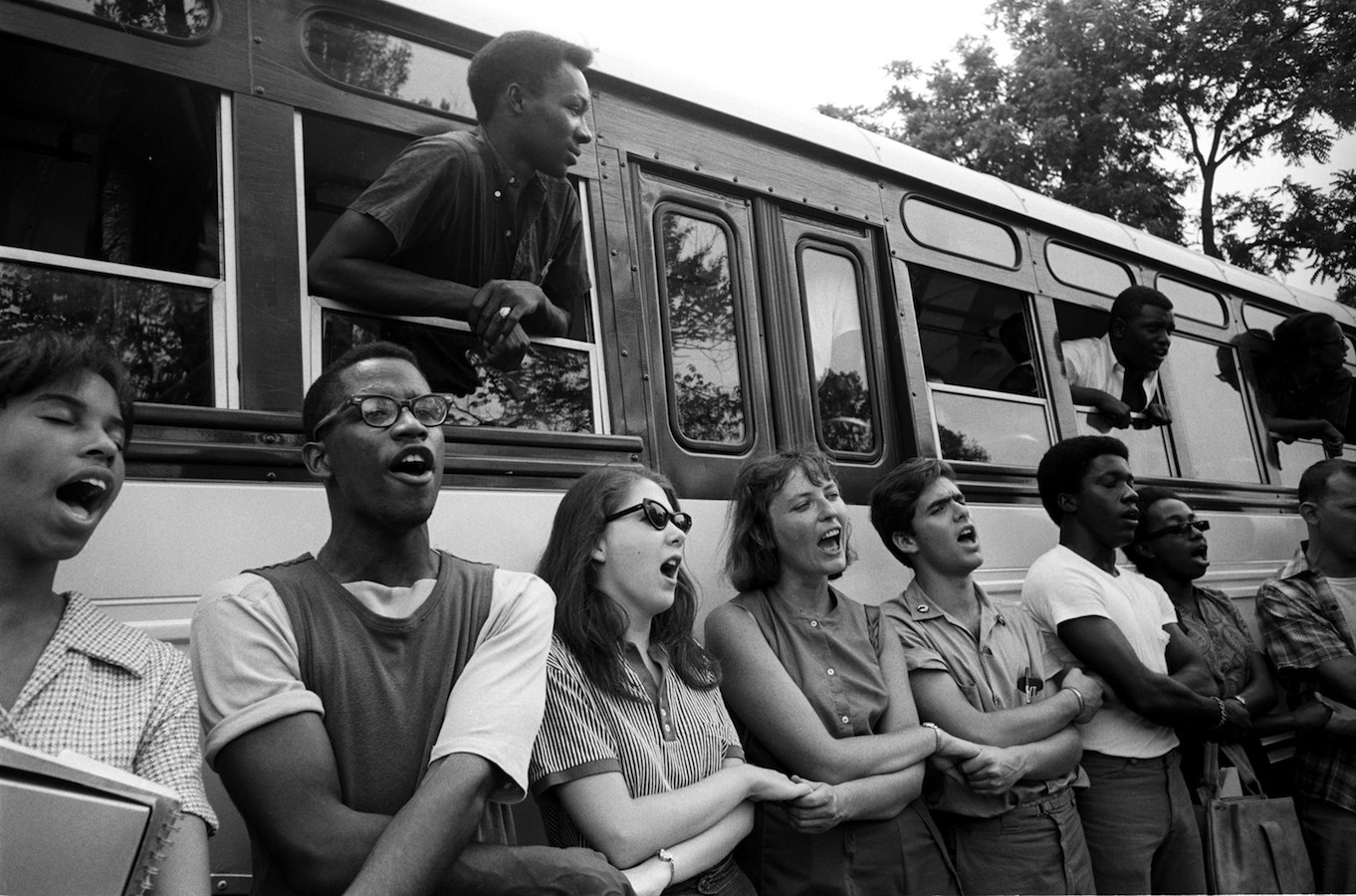 Created and produced by Henry Hampton of Blackside Productions and narrated by activist Julian Bond, Eyes on the Prize showcases the triumphs and tragedies in the fight for Constitutional rights from the 1950s through the ‘80s – including the assassination of leaders Medgar Evers and Fred Hampton, the emergence of Muhammad Ali, the Attica Prison uprising, the historic elections of mayors Carl Stokes in Cleveland, Maynard Jackson in Atlanta and Harold Washington in Chicago.

Despite the losses endured and the victories achieved, the battle rages as the state continues to perpetuate systemic racism, making the hard-won lessons of the past all the more vital today. “Recent events of the past year — from the racial disparities in healthcare access made undeniable by the Covid-19 pandemic to the murders of George Floyd, Breonna Taylor, and Rayshard Brooks — make clear the need for constructive conversations and decisive action on institutional racism, violence, and justice within our nation and across the world,” says Judi Hampton, President of Blackside Productions. 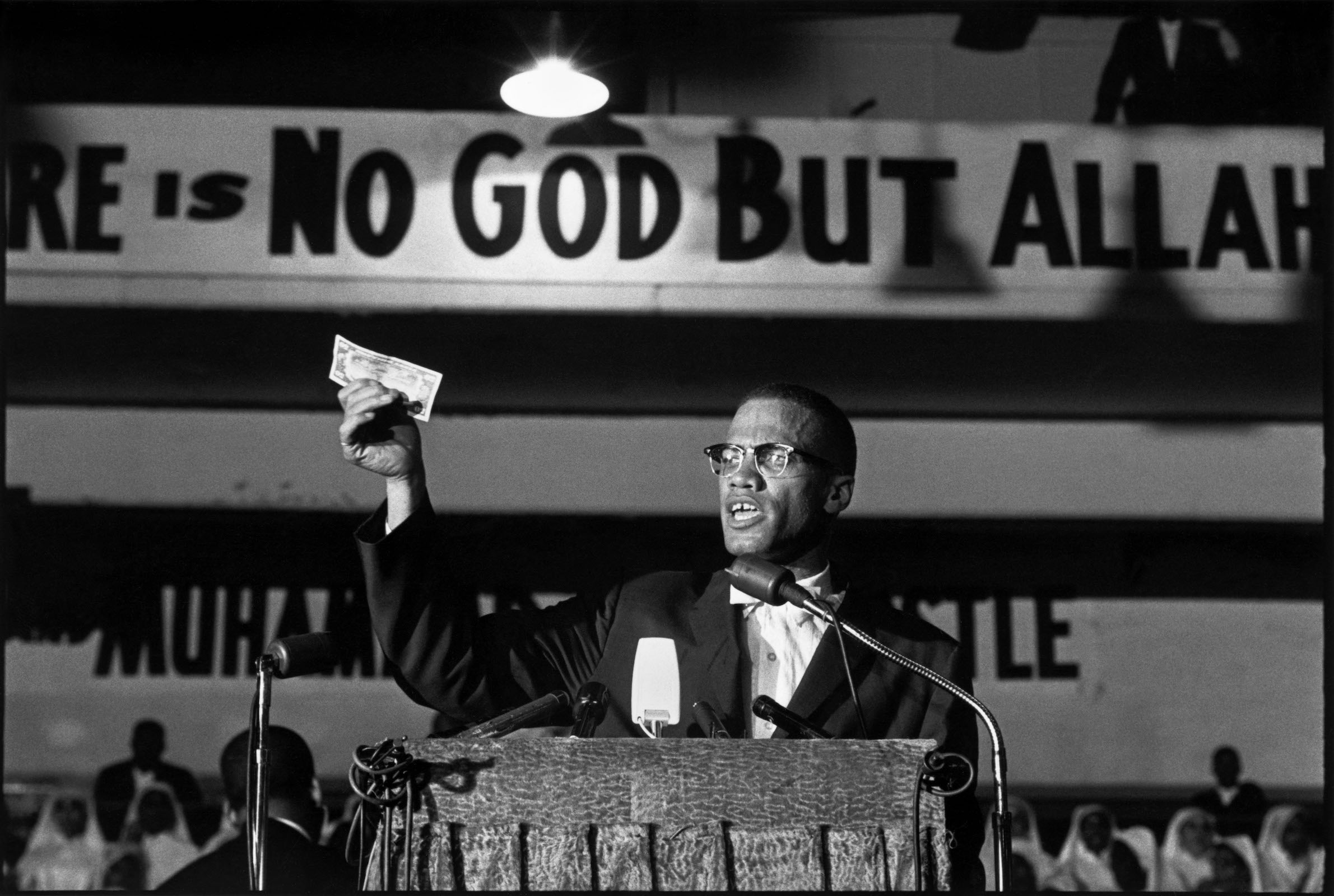 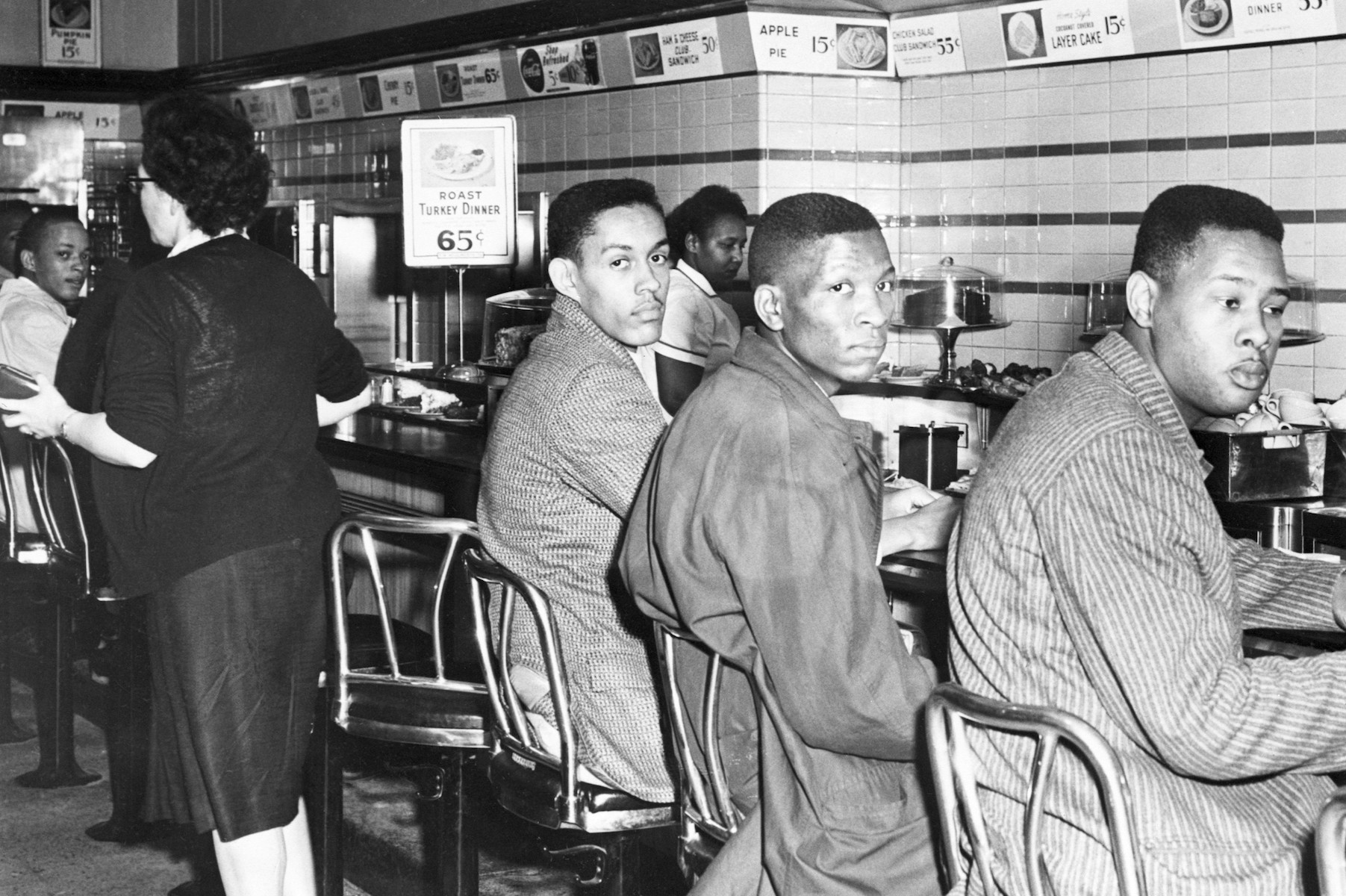 “My brother Henry Hampton and his producers’ goal was to focus on the unsung heroes who worked alongside the civil rights leaders the world knows so well,” continues Hampton. “Residents were the ones that walked downtown to register to vote, facing the potential violence. They were the ones who met at church meetings to recruit volunteers and laid out strategies for the bus boycott. They refused to back down when they were harassed and threatened.”

Despite the advancements, the right continues its fight to deny citizens their Constitutional rights. Most recently, Georgia governor Brian Kemp signed a sweeping voting restrictions bill following the success of organisers like Stacey Abrams, who helped turn the state blue during the 2020 Presidential election.

“Activists today face some familiar challenges,” Hampton says. “When it comes to fighting systemic racism the keys are to cultivate strong leadership, prioritize grassroots organizing and activism, and accept that great sacrifices are often a necessary part of the process. Eyes on the Prize demonstrates what can be done personally and communally to create a more productive climate for these changes.” 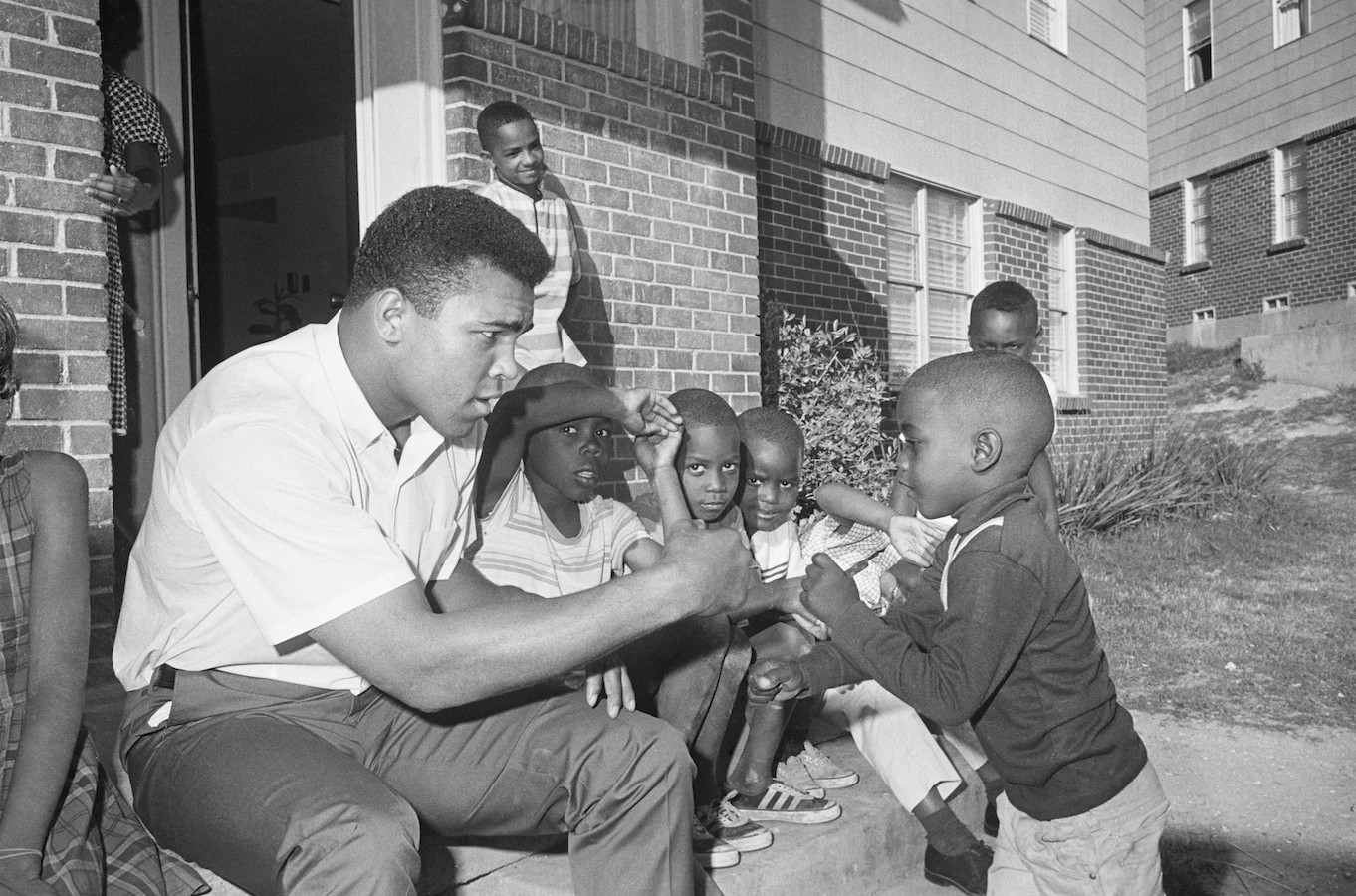 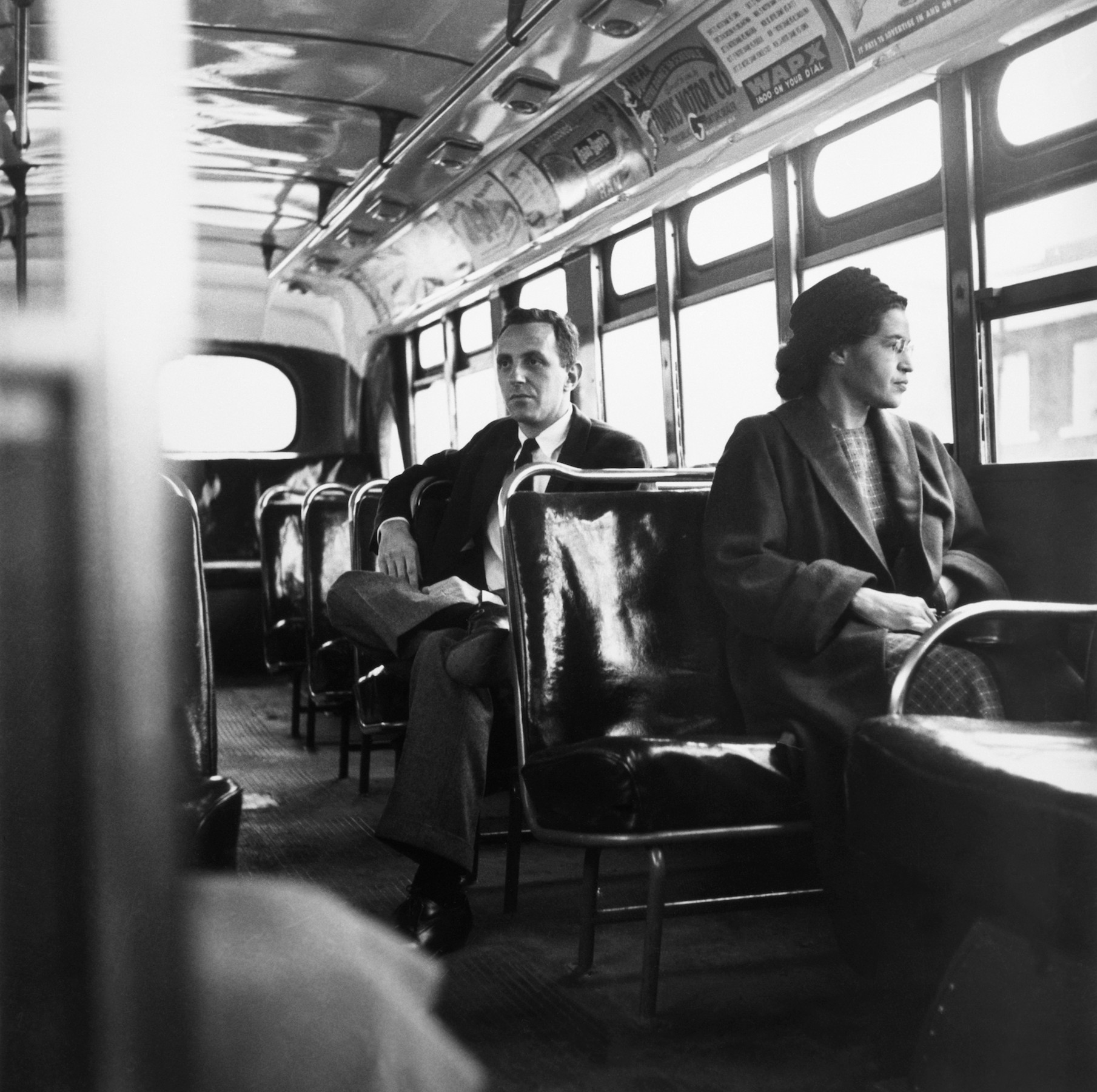 Rosa Parks sits in the front of a bus in Montgomery, Alabama. 21 Dec 1956. Image credit Bettmann via Getty Images 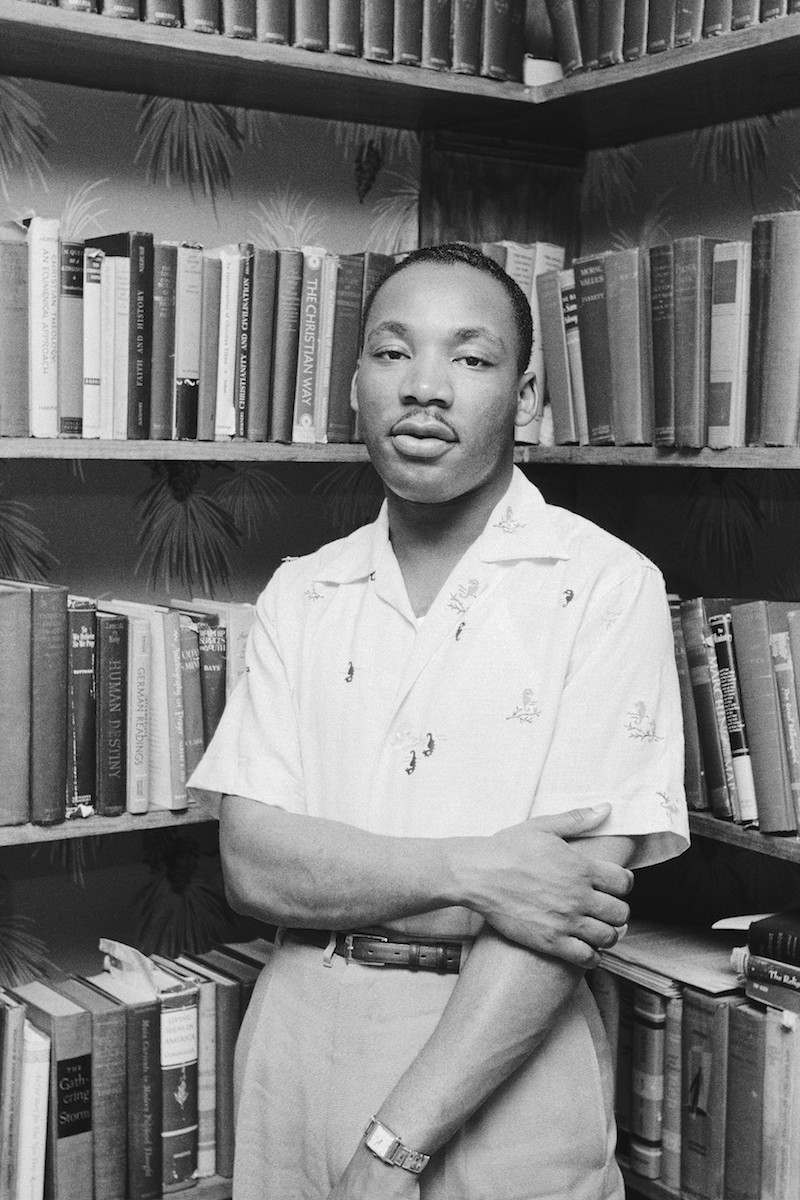 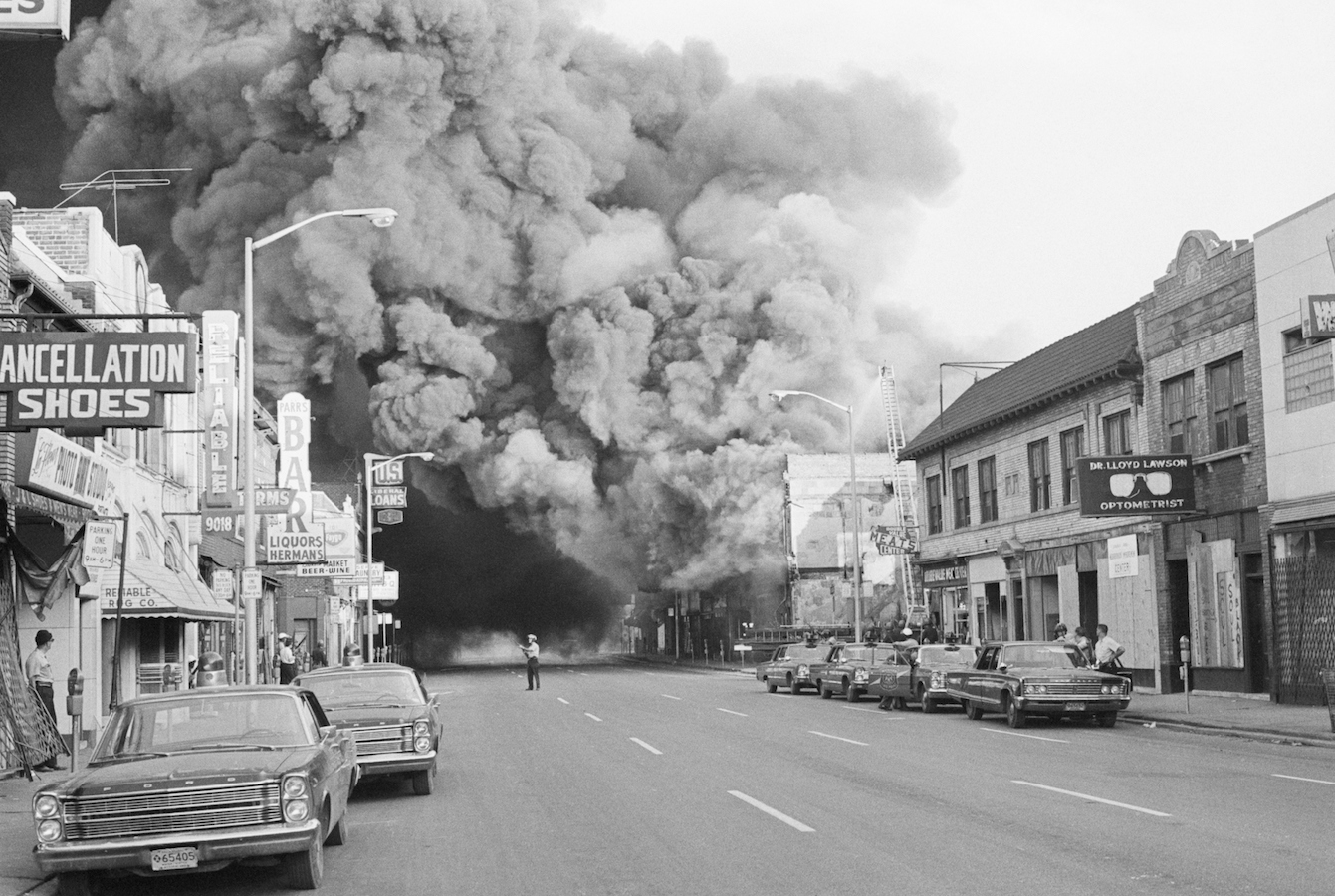 Residents watch as fire consumes a building on Detroit’s West Side during racial riots.

American Archive of Public Broadcasting (AAPB) has released a new online exhibit, Freedom Song: Interviews from Eyes on the Prize: America’s Civil Rights Years, 1954–1965, which explores the history behind and making of the groundbreaking civil rights series Eyes on the Prize.

Linkedin
RELATED ARTICLES
OTHER ARTICLES
Photographer David Hoffman recalls documenting the extreme wealth inequality around Tower Hamlets and Hackney int the 1980s.
Freddie Miller’s new series of photographs investigates who today’s trainspotters are and what drives their unfettered enthusiasm.
Thomas Hoepker‘s images taken during a road trip across America provide a searing social commentary about a divided country.
50 years since its inception, and the campaign calling for recognition that capitalism depends on domestic labour is as pertinent as ever.
A new edition of a seminal book brings together iconic images of the band onstage in their full glory and backstage in moments of unguarded camaraderie.
The last few years have seen an increase in LGBTQ-led initiatives to feed the hungry, with many finding ways to stay afloat despite the challenges.