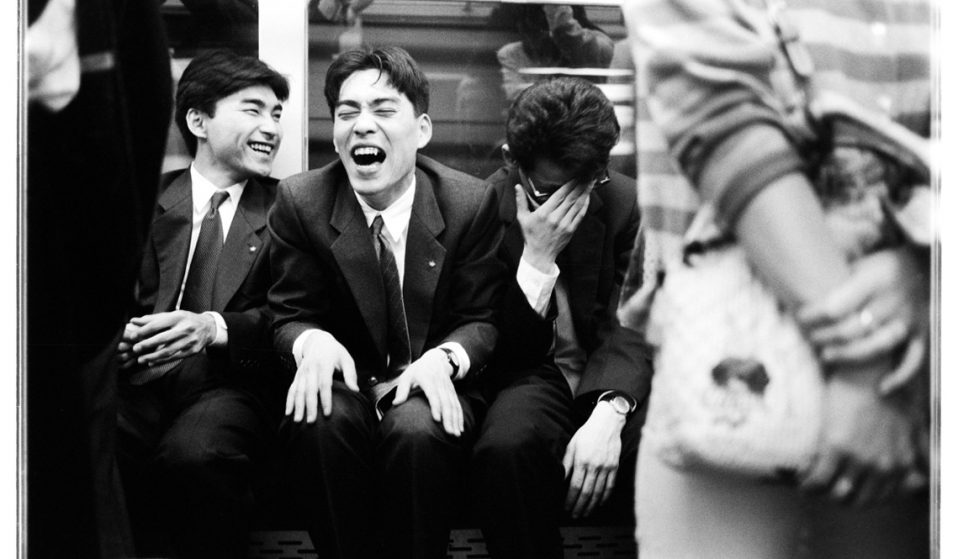 In 1978, French photographer Lionel Derimais, then age 18, joined his father on a business trip to Osaka. He had began exploring his newfound love of photography, and the trip provided a new vantage point for his developing eye.

“At the time, I didn’t know anything about Japan, so everything was new,” Derimais recalls. “I remember my amazement at how much light there was in some streets of Osaka at night, so much that I could take pictures without a flash. We were not the only ones surprised by what we were seeing; many children were surprised at seeing gaijins (foreigners) and wanted to be photographed.” 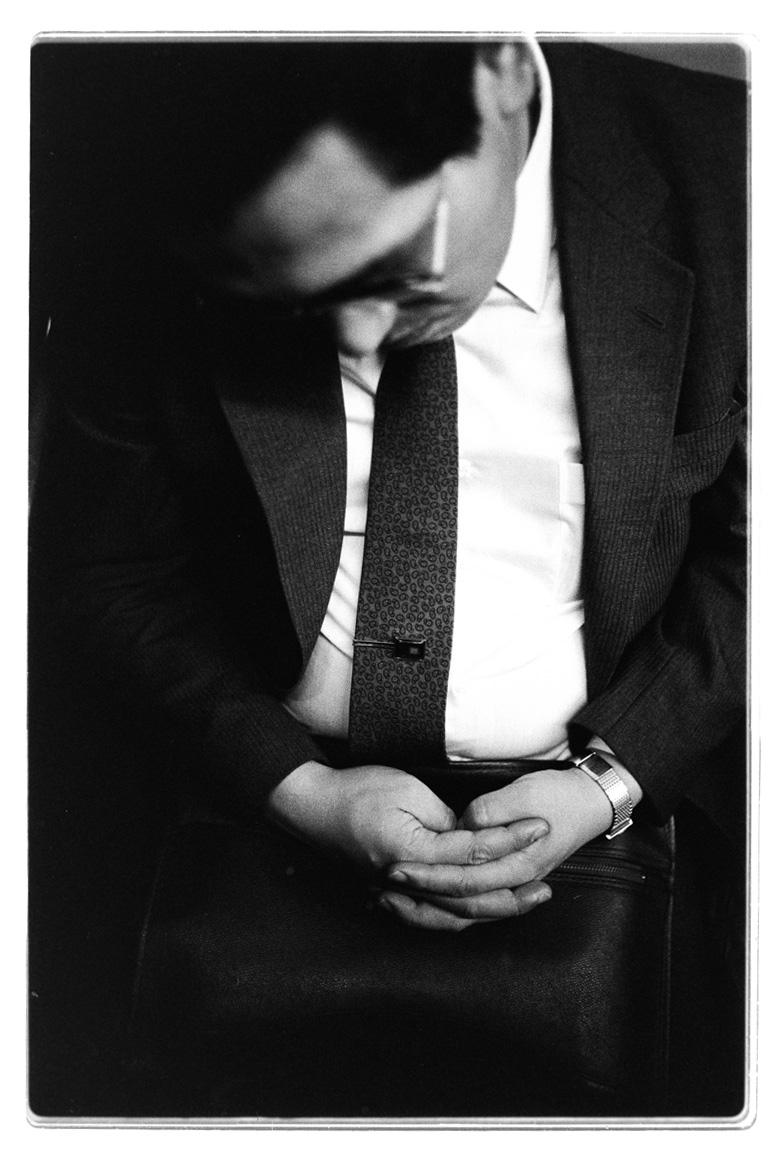 On that trip, Derimais bought his first photo book, Faces of Japan by Bob Davis, at the hotel gift shop. The work made a deep impression on the budding photographer. “His images capture the simplicity of Japanese life in a way that you rarely see,” he says.

Derimais naturally gravitated to street photography long before the term was common parlance. Inspired by the work of photographers like Robert Frank, Josef Koudelka and William Klein, he took to the streets to “keep a trace of the life around me”.

After living in New York City, London, and Paris during the first half of the 1980s, Derimais was ready for a new adventure. With the emergence of Japan on the global stage, he began organising a move to Tokyo in 1987. 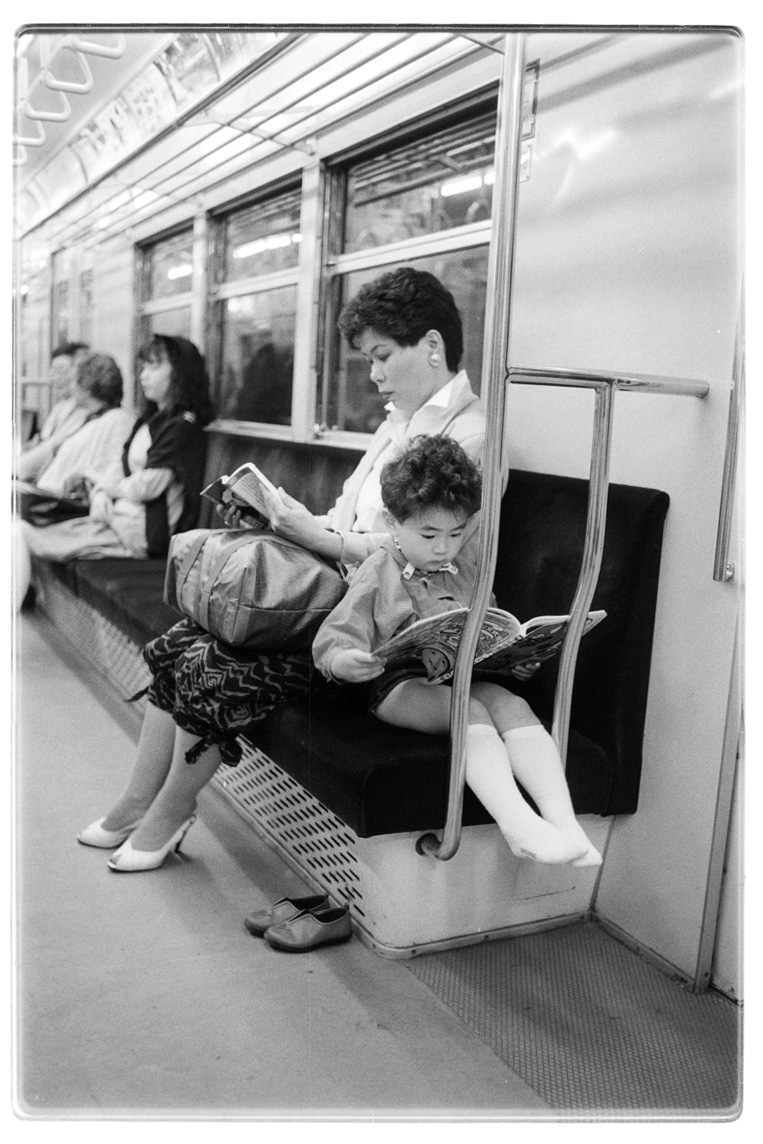 While living outside the city centre in Urayasu, Derimais began riding the subway everyday. “The conditions in which commuters travelled were quite extraordinary,” he says. This provided the inspiration for his latest book, Tokyo Subway 1987 (Café Royal Books).

“When I was boarding the train in the morning it was often already quite packed,” Derimais recalls. “When we arrived at the following stations, I was certain that the people waiting on the platforms would not be able to board the trains – and every time they managed to get onboard. It must be said that Japanese have great patience when it comes to the invasion of personal space.” 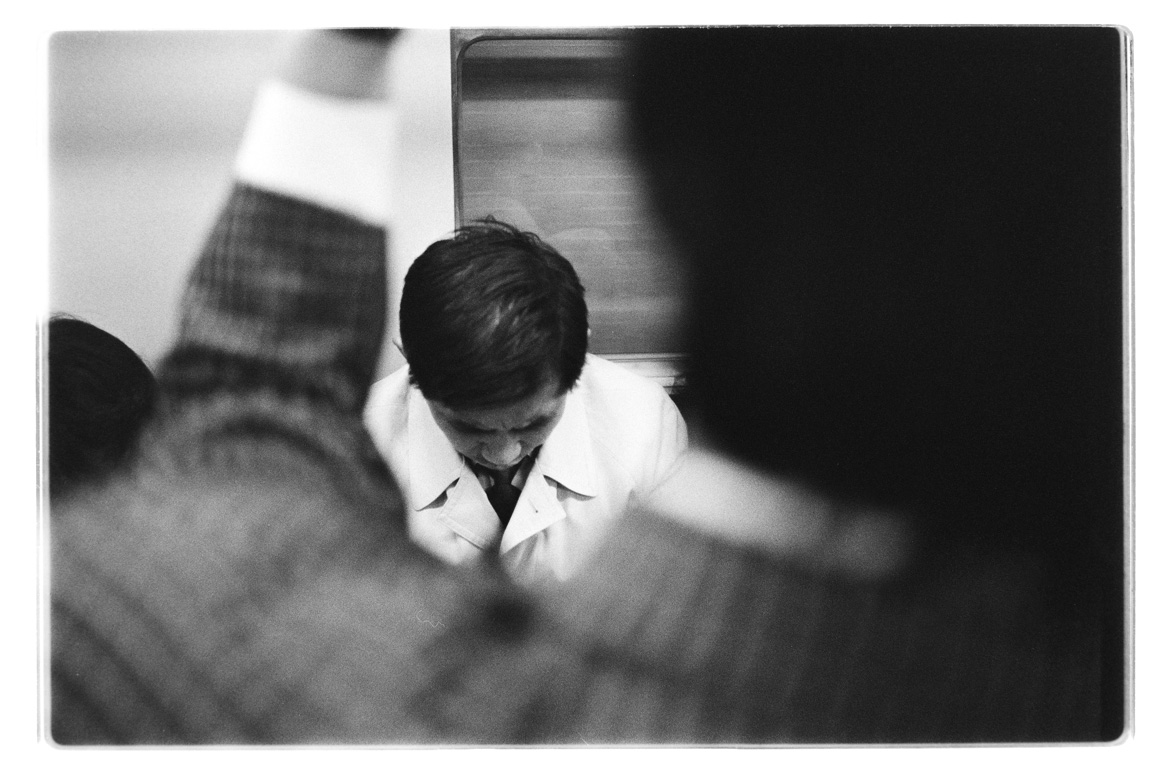 Although Derimais had little space to make photographs, he was able to capture intimate scenes of daily life. “Your subjects would be literally a few inches from the camera so it was always a decision — to shoot or not to shoot,” he says. “But I never experience bad reactions. The fact that I was a foreigner certainly helped.”

Although strangers were frequently pressed together, they were able to carve out a little niche for themselves. “The strangest thing was the first time I realised that men on the subway were reading ultra-violent and pornographic mangas,” Derimais says.

“You’d take a cursory look over your neighbour’s shoulder until you slowly realised that the characters were involved in sex acts — and that the guy was reading it in plain sight as if he was reading a normal newspaper. In the end you just got used to it.” 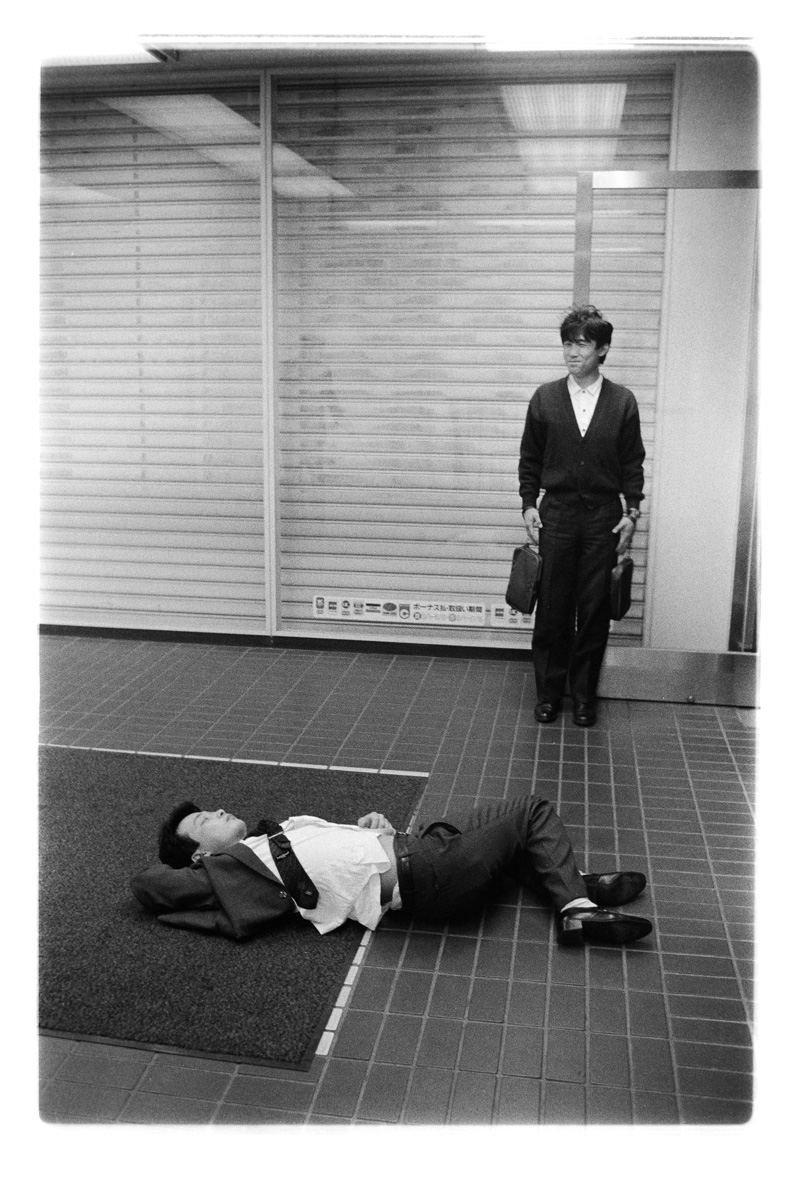 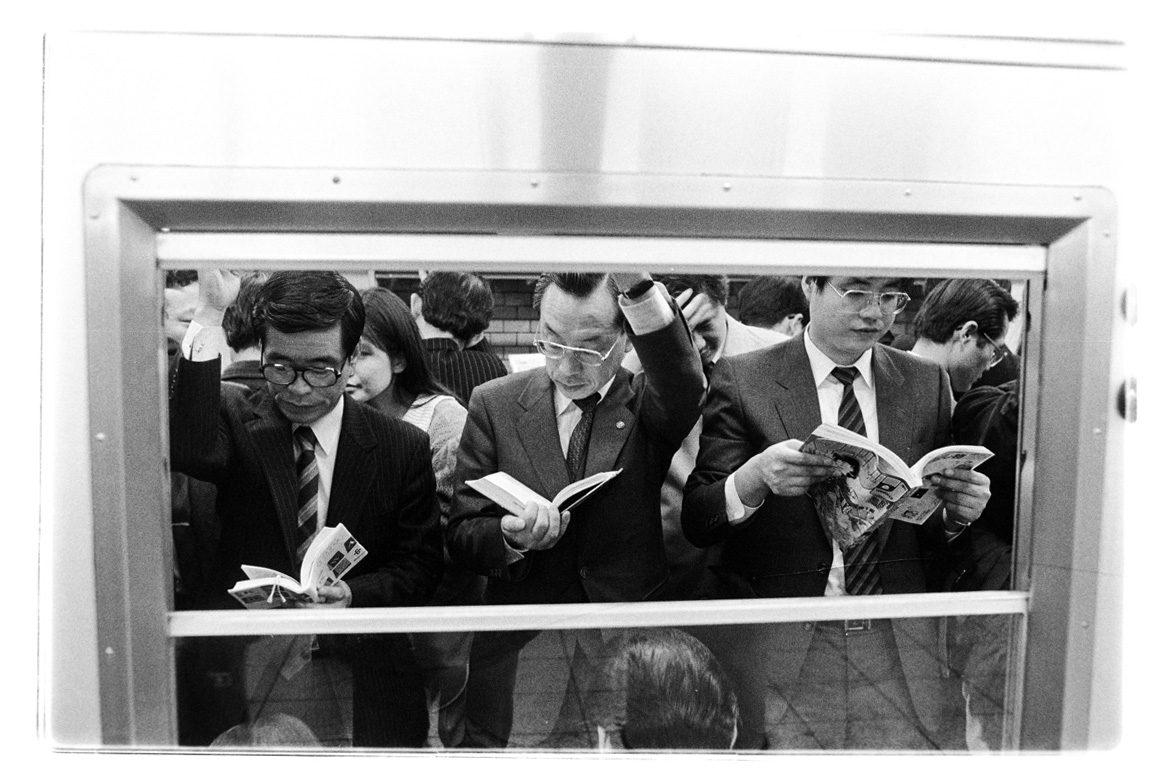 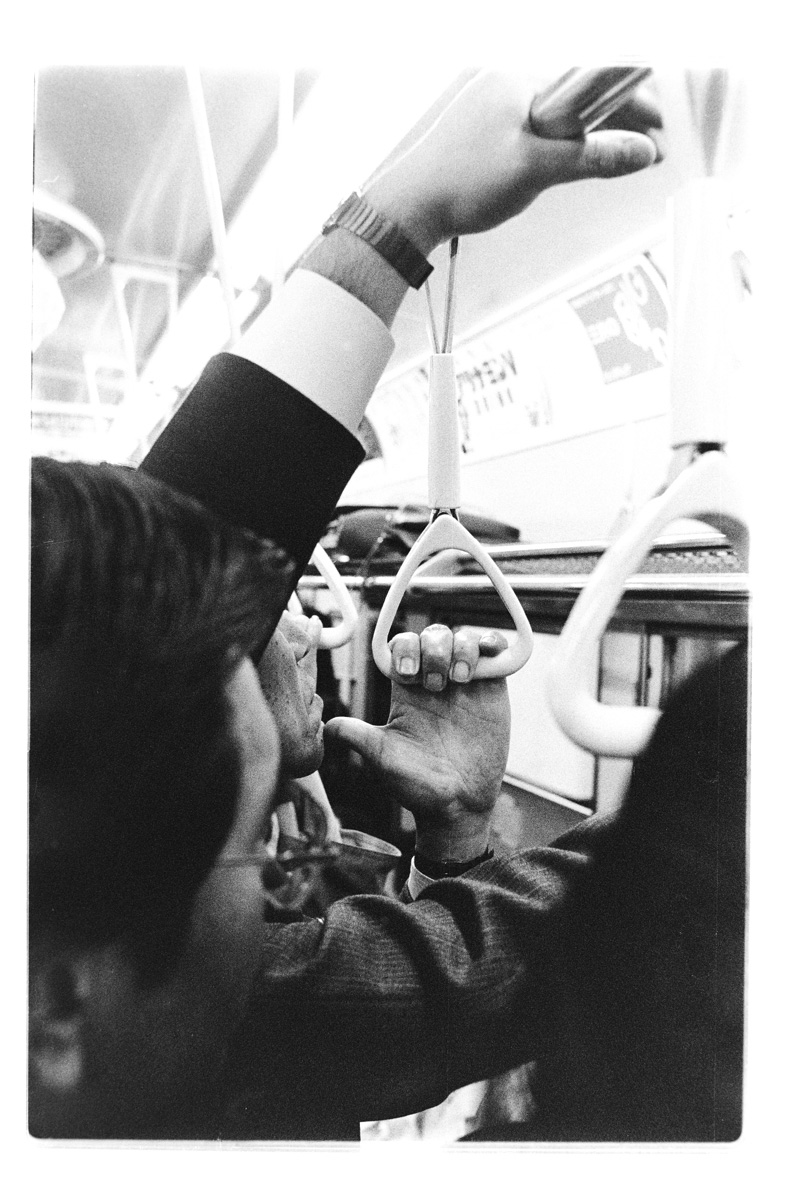 Tokyo Subway 1987 is out now on Café Royal Books.

Linkedin
RELATED ARTICLES
OTHER ARTICLES
Social prescribing connects people with non-medical support to improve their health and wellbeing – but some experts worry it’s just a stick plaster solution.
Filmmaker Laura Poitras discusses her new documentary which traces the remarkable life of the artist-activist and the impact of her battle against the US opioid crisis.
Theo McInnes’s photos of the annual event provide an intriguing snapshot of contemporary Britain.
The action took place in response to the 200 asylum-seeking children who were placed in hotels run by the Home Office who have gone missing.
A recent High Court ruling against the right to wild camp in Dartmoor National Park sparked the largest land protest in history – and campaigners say their fight is not over yet.
As she gears up for the release of her first book, the 24-year-old climate activist talks standing up to authority and building a more inclusive movement.