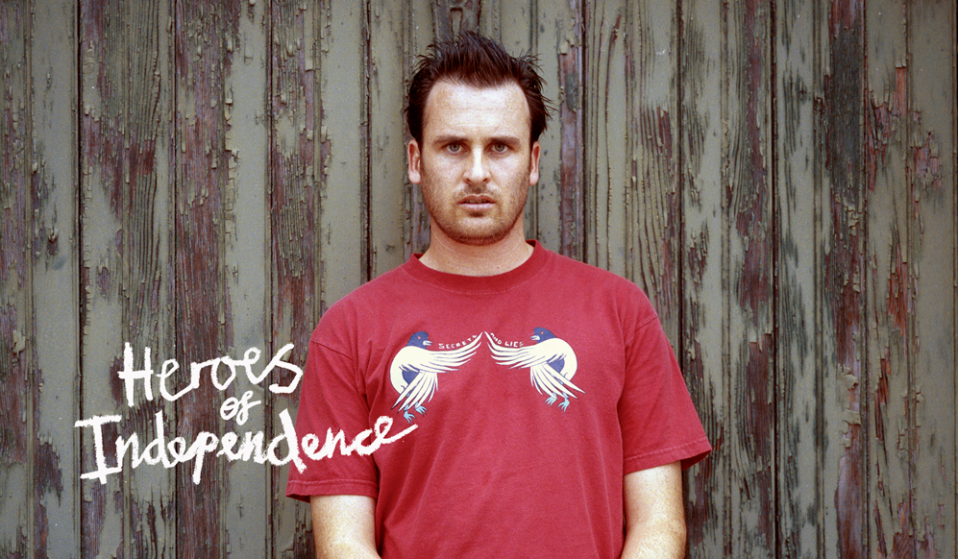 To celebrate a decade of self-rule, we caught up with icons who personify the spirit of independence. In this instalment, Ed Templeton takes us through the importance of sticking your neck out, making every choice count and being master of your own creations.

To celebrate a decade of self-rule, we caught up with icons who personify the spirit of independence. In this instalment, Ed Templeton takes us through the importance of sticking your neck out, making every choice count and being master of your own creations.

Ed Templeton has barrelled through life as an artist, professional skateboarder and street photographer.

Growing up in Huntington Beach, California, he first started skating with best friend Jason Lee while they were teenagers. Ed turned pro just five years later, in 1990, and began painting soon after. By 1993, he’d founded his own skateboard company, Toy Machine – a brand he runs to this day.

Along the way, there have been international exhibitions, acclaimed photo books and skate tours – sometimes all within weeks of each other.

Key to that drive is a creative spark sustained without compromise – a relationship with life we had to ask more about.

Independence means making your own choices in your life and in your creativity. It means you are free from being told what and how to do what you do. It’s totally up to you. 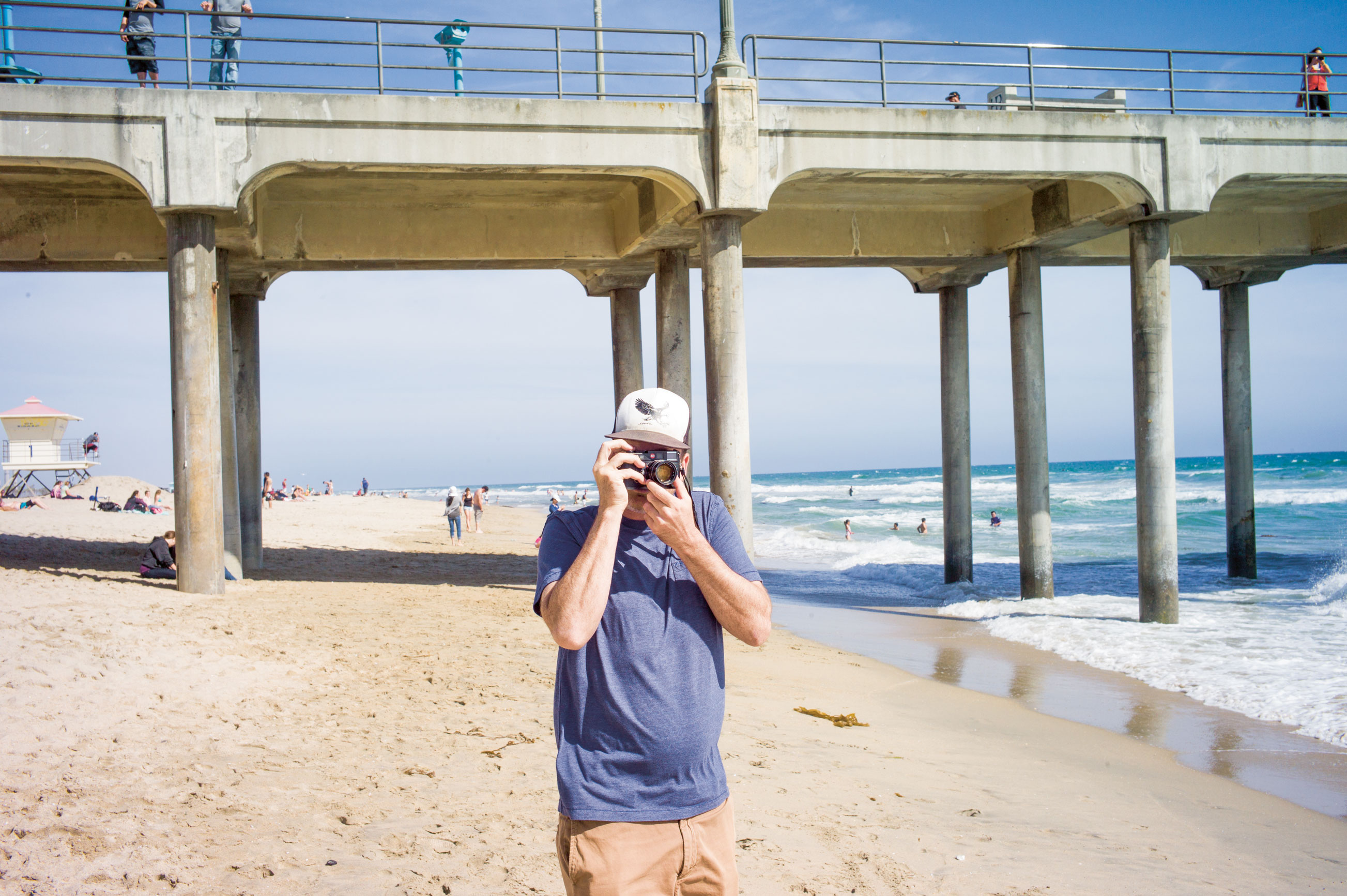 That one is tricky because independence usually comes via success. If you are successful at whatever you are doing, people tend to leave you alone. If you are making money then it’s easier to be your own boss.

It’s ridiculous to say, ‘If you want to be independent, then be successful’ because success is not always there, and of course you can also be independent and dirt poor too. So basically, maintaining independence is a mental state.

Once you have decided that you are in control of what you do, you are the responsible party. And if the only person to answer to is yourself, then you have achieved it and can maintain it – even if you have a boss or parent.

Since we last spoke, what are the biggest challenges you’ve faced that threatened your independence? And how did you handle them?

I am very fortunate that Toy Machine skateboards has still been plugging along, and my painting and photography have continued along the same path, so there has been no threat to my independence in the last few years.

Plus, no matter what happens I will have it in my mind that I am the master of my own creations. Even if I were working in an office under an oppressive boss, the only thing limited would be my time. Everything else would be as independent as before. 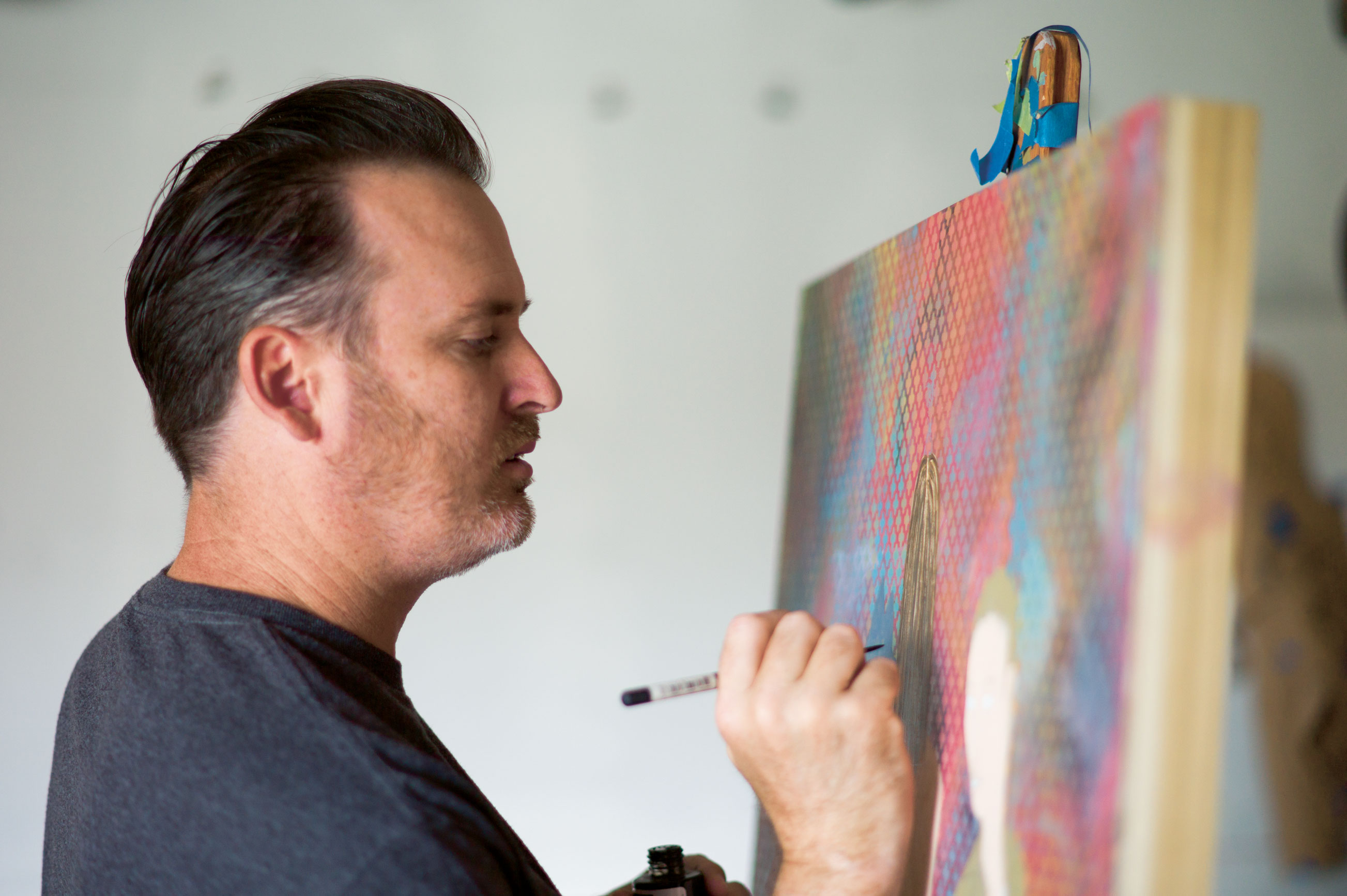 How have you been able to stay true to the ideals that made you want to do this in the first place?

It’s just logic, I suppose. Once you come to a factual conclusion about something, there’s really no going back – like a child learning the hard way about touching fire. Most kids don’t ever need to re-learn that one. So for me, being vegan or whatever moral conclusions I have come to are constants that will not change, unless the facts change.

The very act of survival – or greed – is what pressures most people into straying from their values. You believe in one thing but go against it for money, like if I started being the spokesperson for McDonald’s just because the money was too good to pass up.

As I said, success is the lubrication for staying conflict-free in your life. I have worked hard to keep myself out of the position where I would have to make those types of choices to survive.

What advice would you have for someone who doesn’t feel they have ownership over their own life?

I would say that feeling is a mental hurdle they need to jump. You are blaming someone else for your problems. Once you take ownership over your problems instead of placing the blame on someone else, you will see that your own choices have led you to this position, and you can then start to change your course by making choices that make you happy.

I think independence is an attitude. So even if you are living at home with your parents, or have an overbearing job, every choice you make in your life is your responsibility.

Tiny choices like, ‘Should I tie my shoe?’ or ‘What side of the street should I walk on?’ are the same as big life choices. Don’t be afraid to make them because they are bigger; you use the same logic.

If tying your shoe will prevent you from tripping, looks better and makes you feel better, then the same logic will apply to a question like, ‘Should I move to a different city?’ or ‘Should I invest a year to making paintings?’ 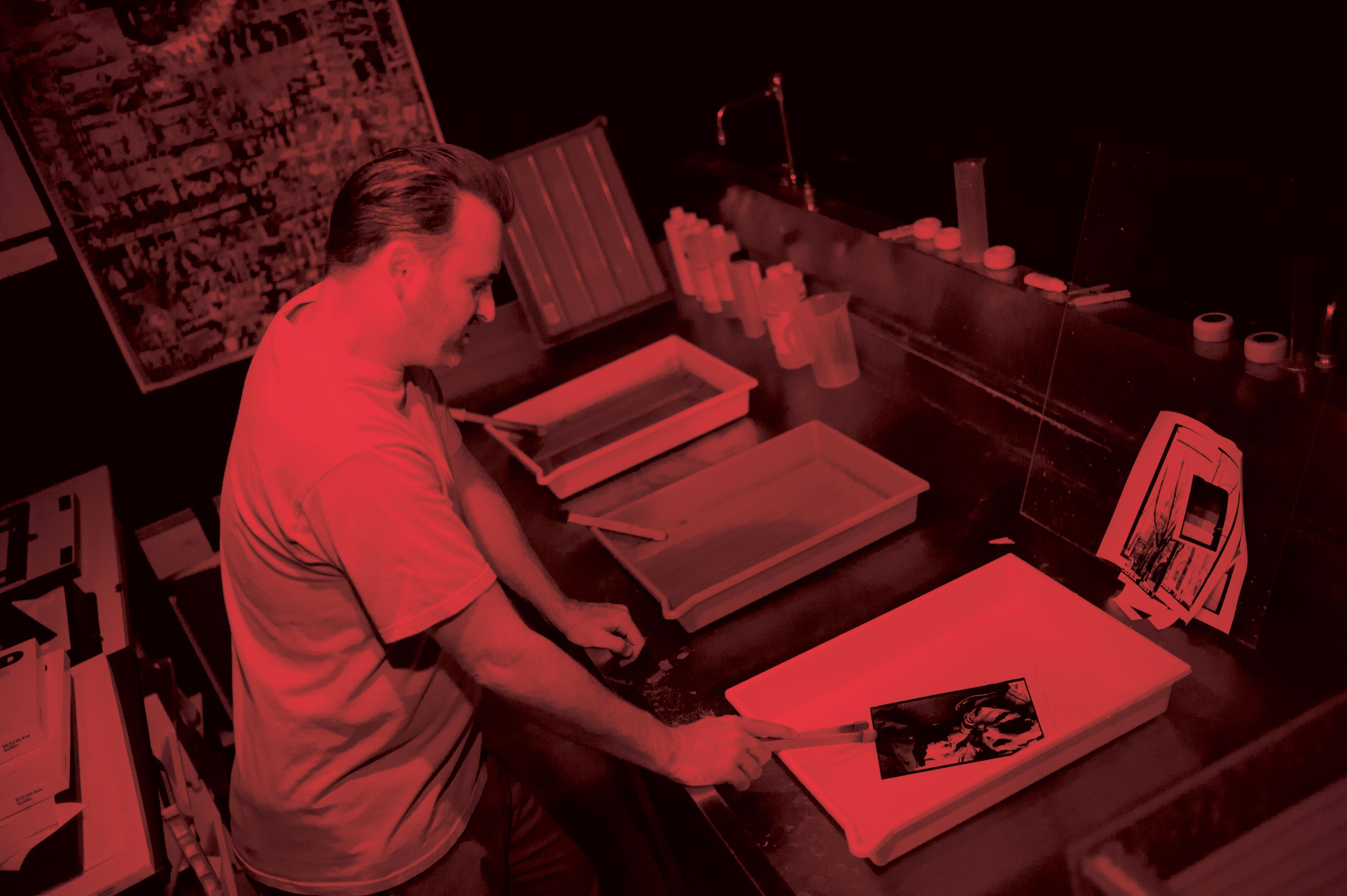 Ian MacKaye has always been an influence in that way. He made his own business, Discord Records, and ran his band Fugazi in a very independent way.

It could have been easy to snap into the existing system of touring with your band, but they ‘chose’ to only do all-ages shows and ‘chose’ to only charge $5 a show, because wanting the youth to be able to enjoy their music was more important than making more money.

When you look around at the world today, why does independence matter?

It only matters to the people who value it. I think financial independence is a goal most people have. But mental independence is something I see lacking in many people. I think a lot of people get crippled by fear: the fear of taking that first step, sticking your neck out.

But you have to lay your neck on the stump and risk someone chopping it off sometimes. And here’s the truth: someone will. There’s always that asshole. But you will find that many more will come out and support you too. Independence attracts people. 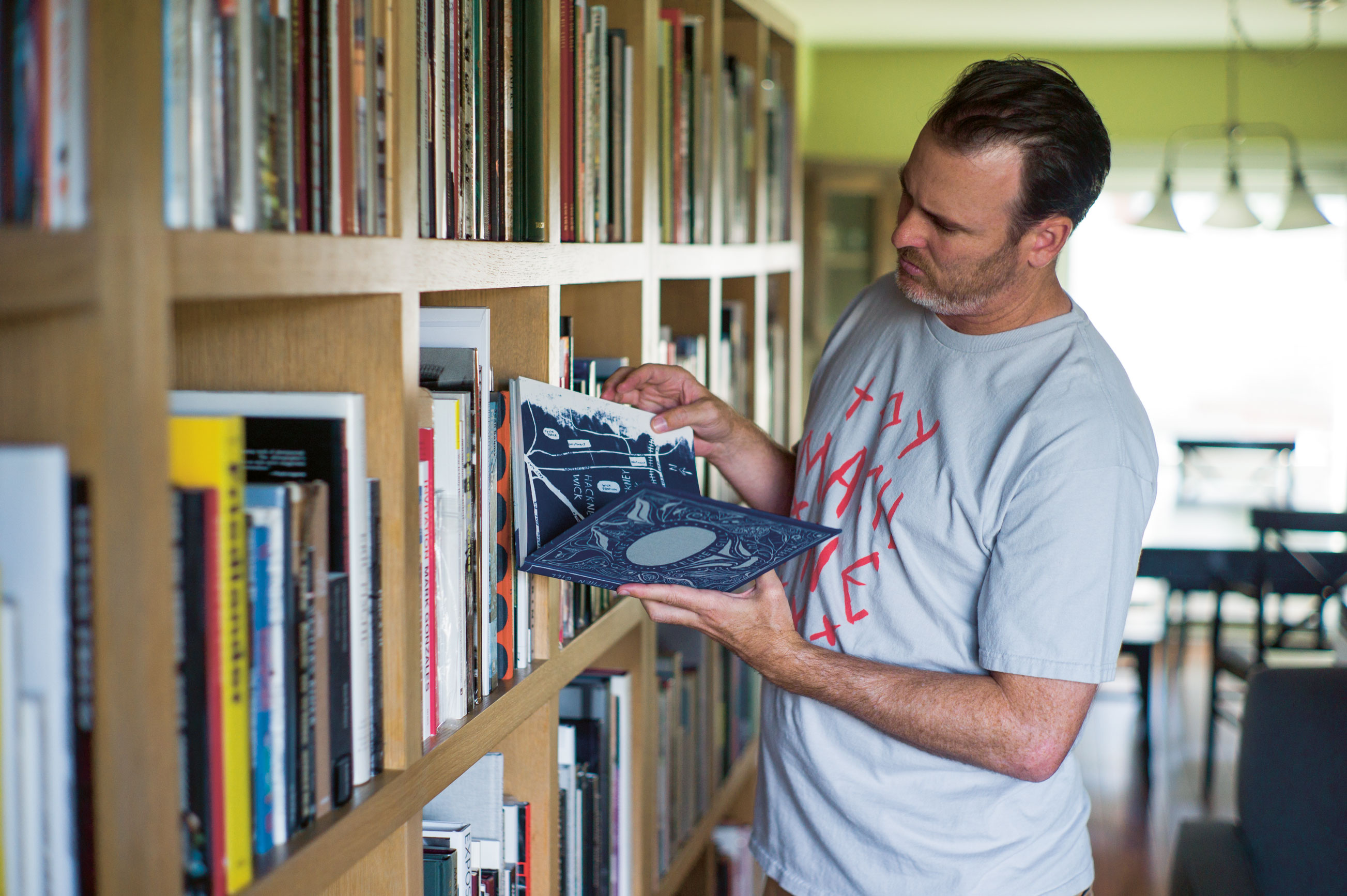 Why is independence so valued within skateboarding and so undervalued by society?

Skateboarding is not a ‘team sport’ in that everything you do on a skateboard is between your body, your mind and the trick you are trying. The people who find skateboarding are people seeking an individual pursuit.

We all want to join the groups we like. The key is staying true to your ideals and personal truths. I think it’s hard for people to become independent thinkers.

It’s much easier to let other people do our thinking for us. But if you’re letting Fox News or MSNBC do your thinking for you, then you are making a choice to not be independent.

Where would you be today if you had never found skateboarding?

I always joke that I’d be digging ditches. But in truth, who knows? I shudder to think where I would have been without it. The world it opened to me is the reason for every single thing I do, so I really can’t comprehend what I would be doing. 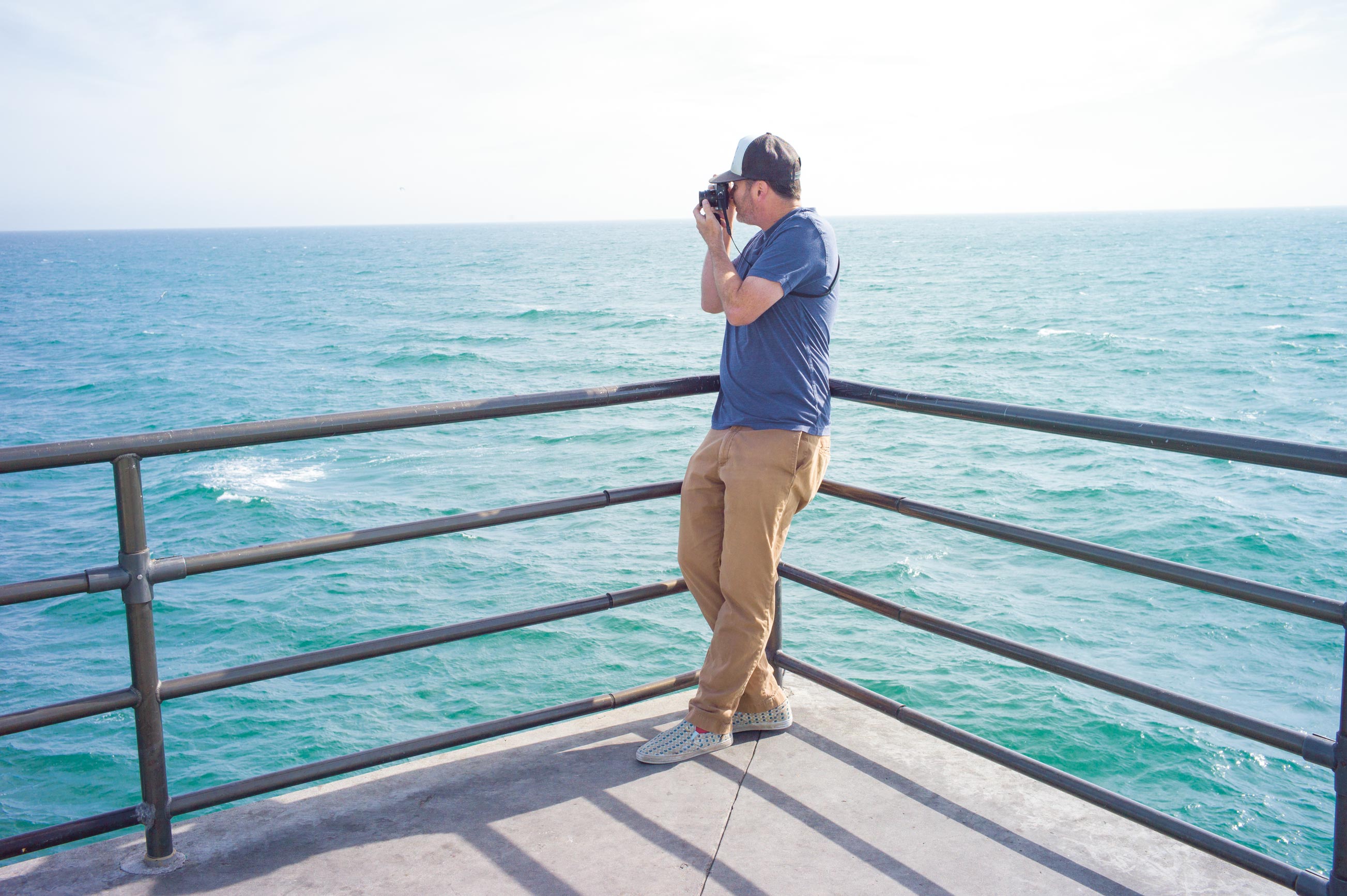 Linkedin
RELATED ARTICLES
OTHER ARTICLES
For decades, an area of East London has served as a community hub for Vietnamese people looking for a taste of home.
Wealth inequality and the rising cost of socialising is placing a strain on people’s relationships, reports Eve Upton-Clark.
Freddie Miller’s new series of photographs investigates who today’s trainspotters are and what drives their unfettered enthusiasm.
In the latest instalment of Photographers in Conversation, the chronicler of raves, protests and beyond explains why he’s drawn to such specifically visceral environments.
A new edition of a seminal book brings together iconic images of the band onstage in their full glory and backstage in moments of unguarded camaraderie.
Curator Antoine de Beaupré discusses his immense record collection and what it tells us about the intersection of music, photography, art, and commerce.