Art & Culture / The sinister beauty of London at night… 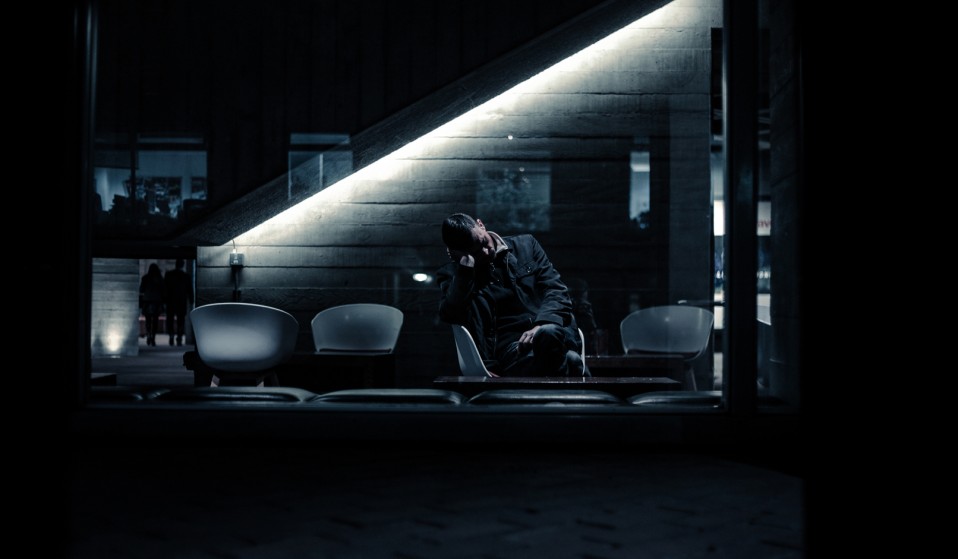 Photographer Edo Zollo has spent years stalking the city streets after hours, honing in on moments of magic and mystery.

Photographer Edo Zollo has spent years stalking the city streets after hours, honing in on moments of magic and mystery.

Edo Zollo struggles to concentrate during the day. There’s just something about it that makes him feel less plugged into his surroundings.

But at night, when there are fewer people around London, so much quiet space opens up that he can look for the distinct lines and shadows he’s drawn towards as a photographer – the kind only cast by a single light-source. 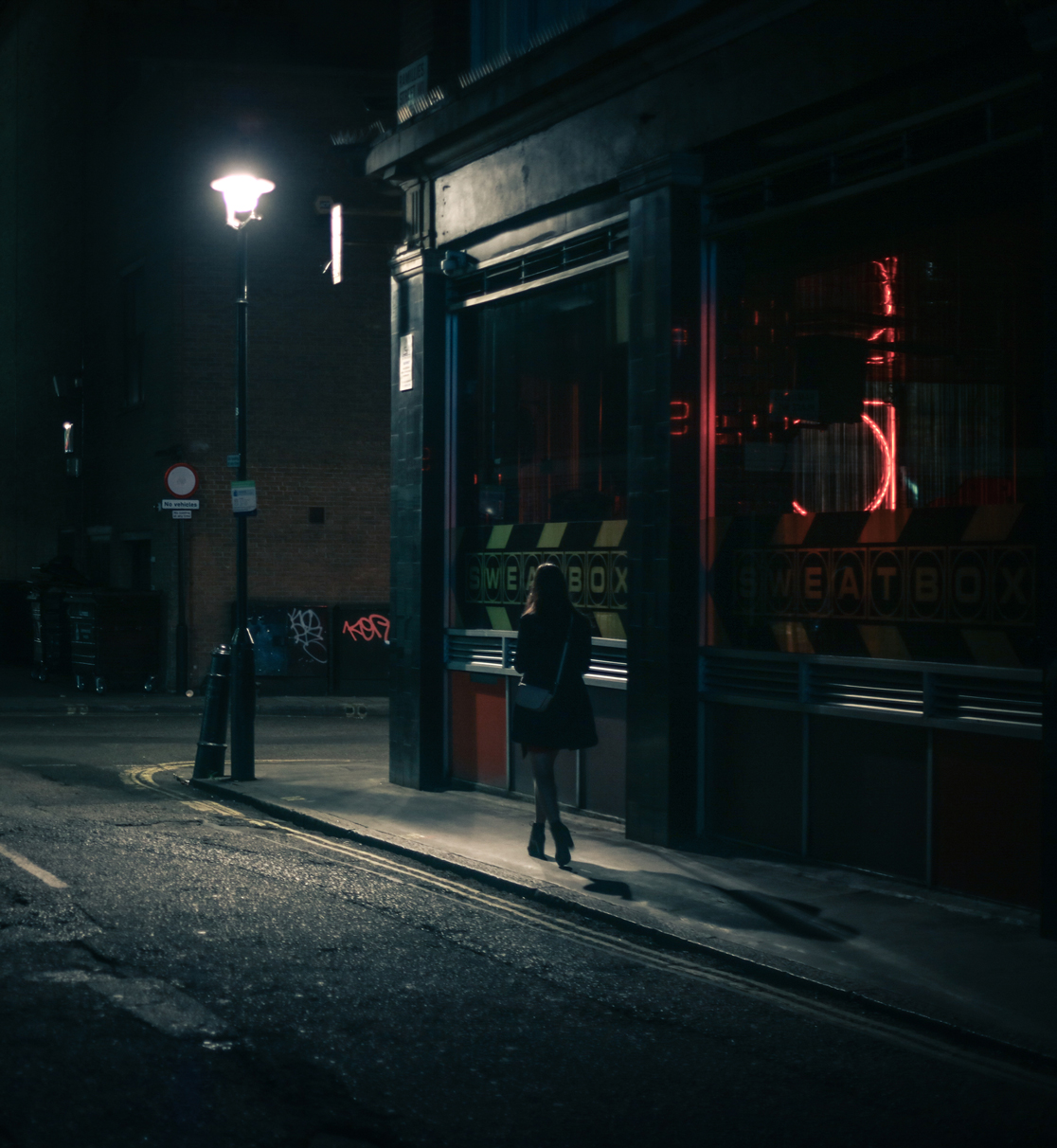 “Before I became a professional photographer, I worked night shifts for years in many different positions – so my body clock is a bit messed-up,” he says.

“Once I got bored of staying in and watching TV, I started to venture out and make the most of my downtime… and then I was hooked. London is a completely different city at night: different sounds, different sights, different people. 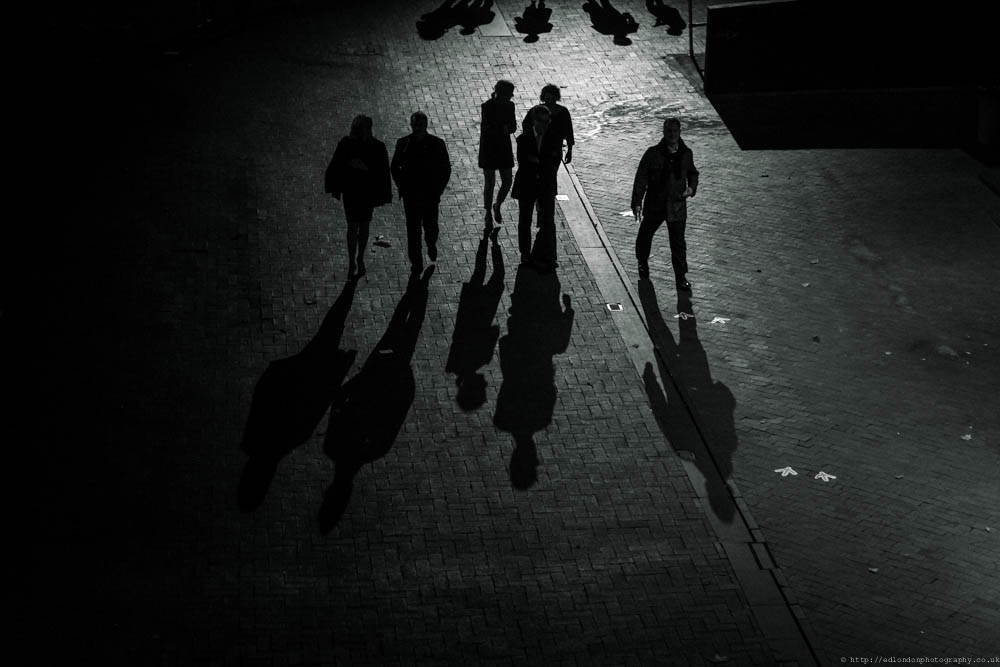 “It has an amazing architectural landscape and, as attractive as it is during the day, I think it takes the darker sky and low lights to accentuate the sinister beauty of it.”

There are two things that have shaped Edo’s path to this point.

Growing up in Sardinia, Italy, he remembers spending time in the family darkroom – his dad was a wedding photographer – and being entranced by the sight of images magically appearing on paper. 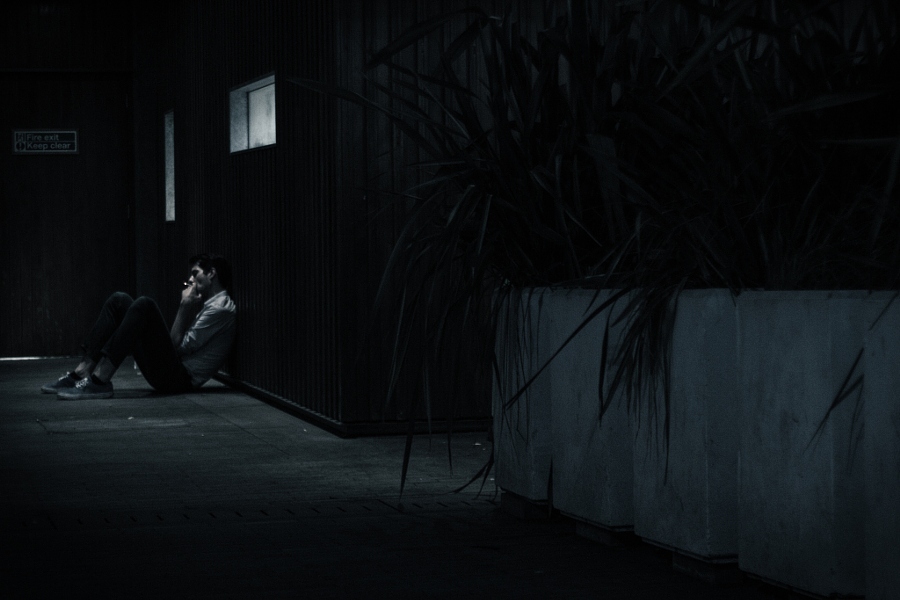 Edo resisted following in his father’s footsteps for as long as he could but one day, while working on a project about people living with HIV, he realised that photography had become much more than a hobby.

Over time it’s allowed Edo to observe and connect better with London, his home for nearly 20 years, where the social dynamic couldn’t be more different than the island of Sardinia. 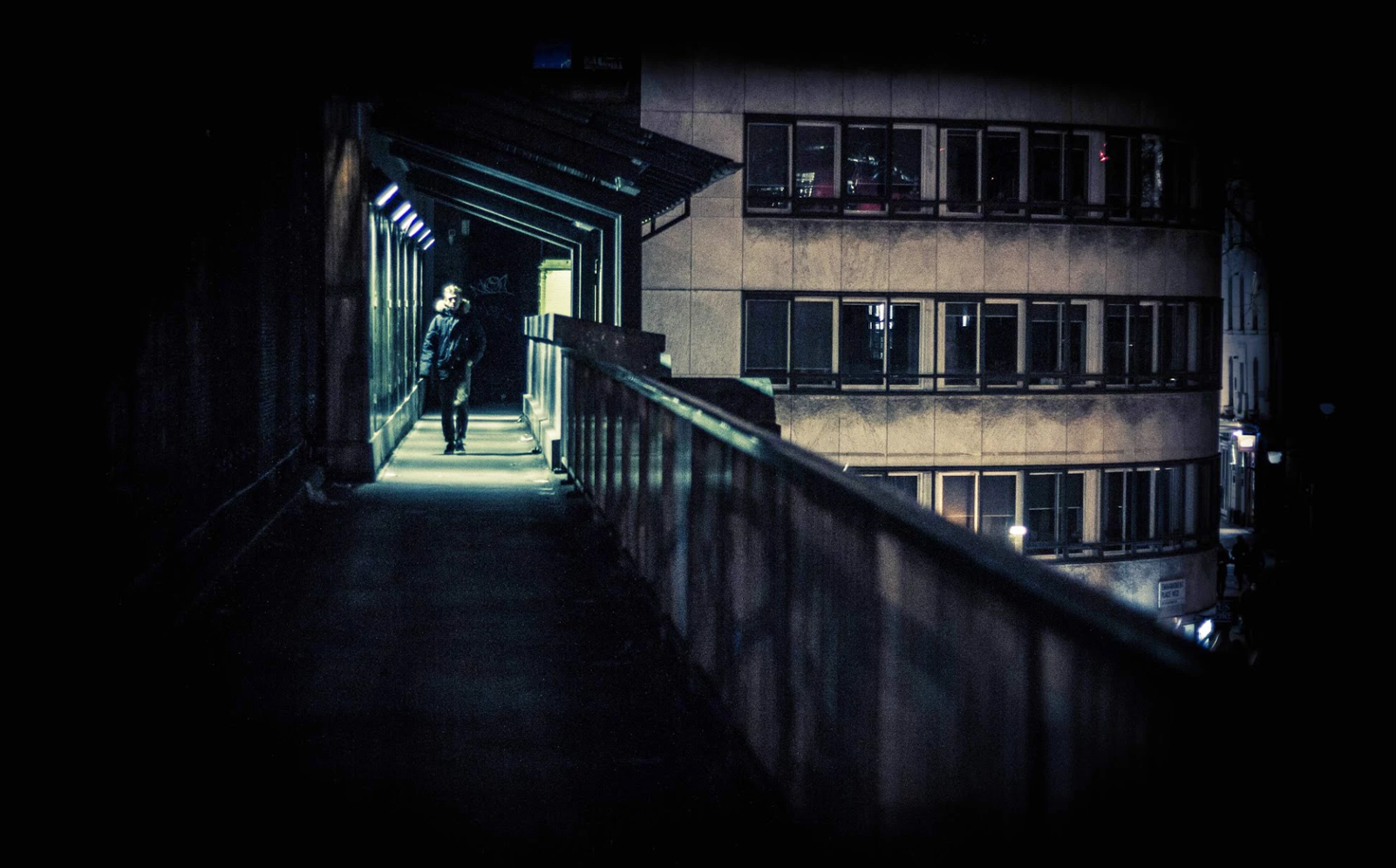 “It’s a huge city with a sometimes stifling amount of people, most of whom pay little-to-no attention to you. I try to capture this sense of loneliness in my shots – and I think that’s why people can relate to my work; it’s a feeling that most Londoners have experienced at some point.

“We’re always in such a rush that we don’t pay attention to each other. Can you describe the last person that you sat next to on the bus or the tube? The last person to stand in front of you on the escalator? I can’t! 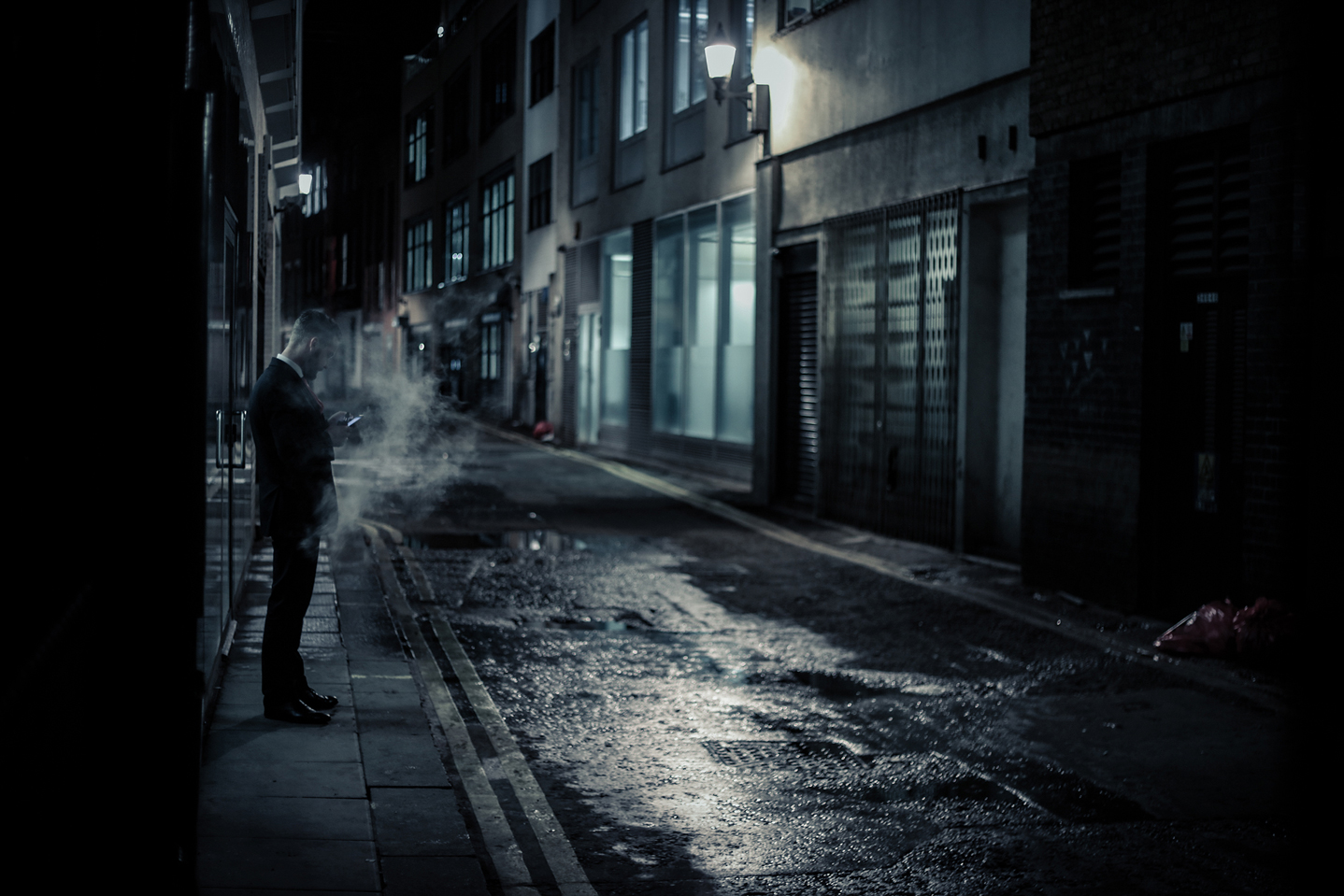 “But it isn’t all bad. That lack of observation gives us a sense of anonymity which allows us to be who we want, without being judged, and that’s what I like to try to capture.”

The most important thing Edo has learned through the years, he says, is that the camera is just an extension of the eye – that even the most expensive kit in the world is still reliant on what the photographer sees.

“Even now, I’m still refining my skills and trying to pick up as much possible, but something that really helped to improve my photography was learning to leave my ego at the door.” 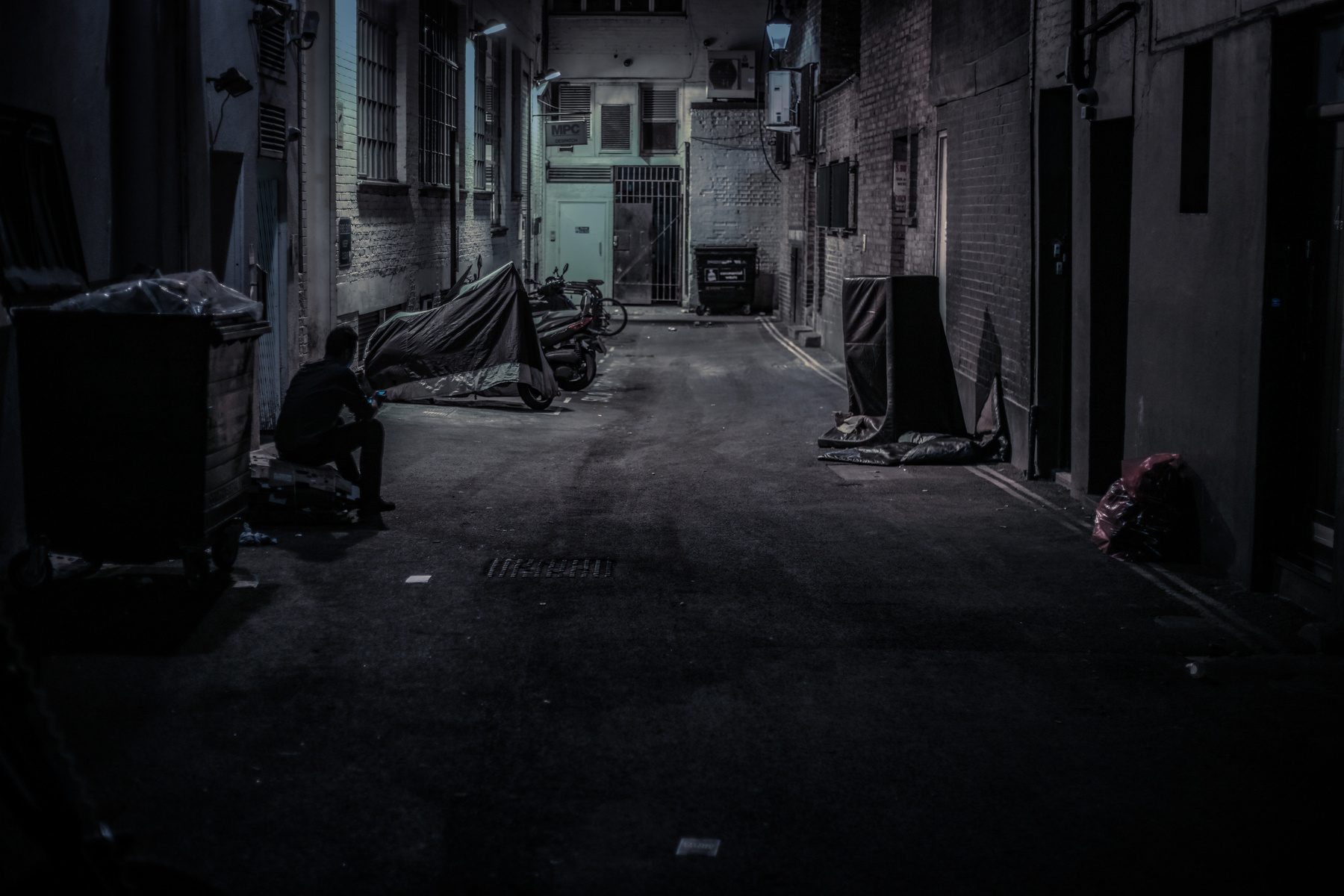 It helps not to think of yourself as an artist, Edo says, just someone trying to capture what’s in front of them.

To do that, he’ll find somewhere that few pay attention to – maybe somewhere bathed in cold colours – and wait until someone with “just the right amount of mystery” comes along. 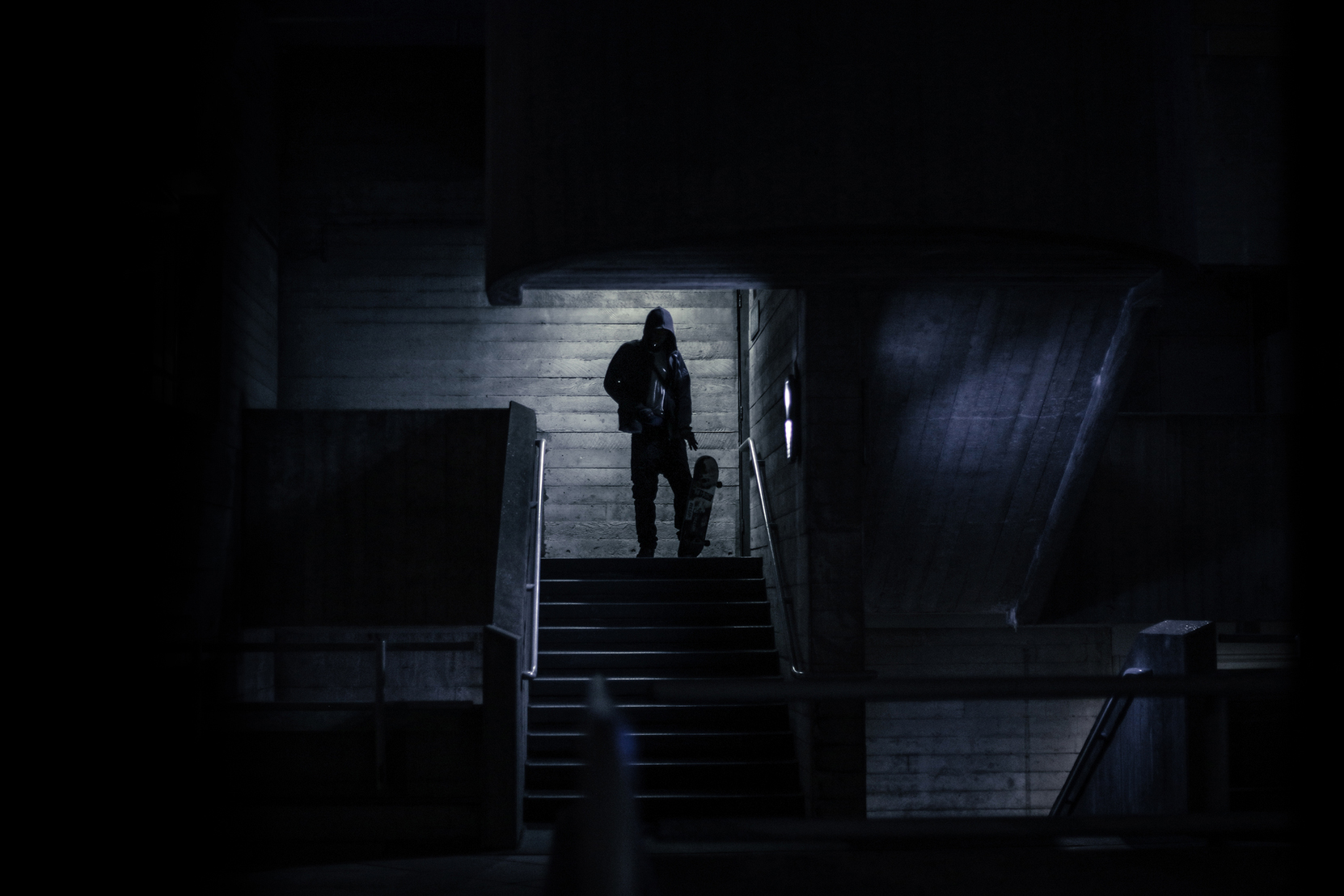 “I like to keep my distance and remain completely anonymous when I’m shooting. I don’t know any of my subjects, and I don’t want to know them, so it’s important that they don’t notice my presence at all.

“That being said, there have been a few awkward run-ins. It turns out that people aren’t generally comfortable with being followed at night!”

Check out Edo Zolo’s  project In the Dark of Night.

Linkedin
RELATED ARTICLES
OTHER ARTICLES
Following the announcement of an 80% hike in the energy price cap from 1st October, crowds gathered outside the offices of energy regulator Ofgem to protest and declare their intention to undertake a payment strike.
In his 2008 series, the photographer pictured himself as Angela Davis, Martin Luther King Jr., Malcolm X, and other prominent figures.
With skyrocketing rents, packed out viewings, bidding wars and more, renting in London has never been harder.
Cindy Campbell recounts how her brother ushered in a new era of musical culture at a party she held in the Bronx in ‘70s.
The idea that a younger generation is abandoning work has become a popular narrative online, but it doesn’t necessarily reflect reality.
Financial turmoil is pushing people who work in the sex industry into more dangerous and desperate situations as a means of survival.