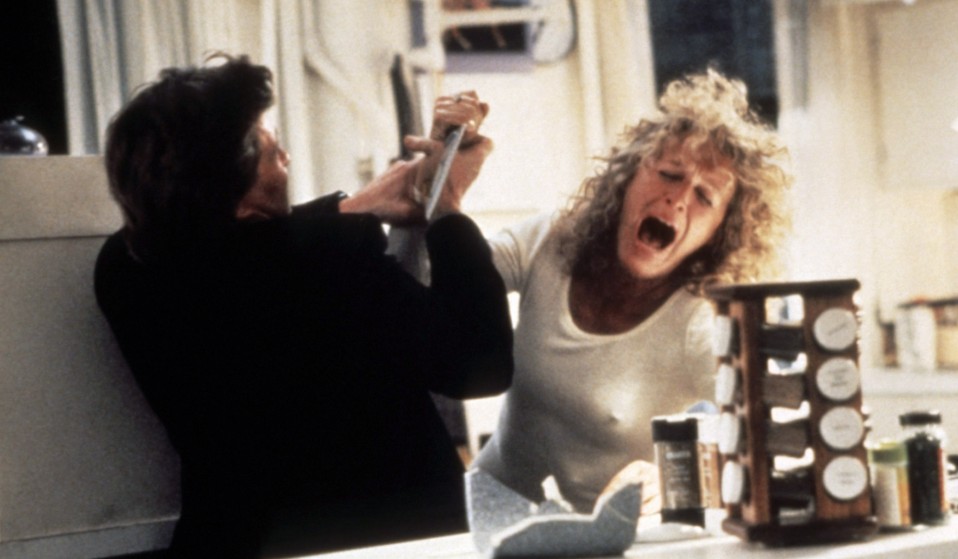 Huck brings you a collection of cultural touchstones that teach you that it's sometimes far easier to be alone.

Agitated by the constant reminder that it's Valentine's Day this week? Don't worry, popular culture has long been telling you all about the misery love and marriage ultimately brings. To celebrate, Huck brings you a collection of cultural touchstones that teach you that it's sometimes far easier to be alone.

For many, Valentine’s Day is one of the most joyous, romantic times of the year. For others, those born with acid pumping through our blackened hearts, a Clinton’s Cards full of balloons, decorations and oversized bears is about as welcoming as time in a Bangkok prison.

But in spite of this time of year and the Nicholas Sparks throw-up of it all, popular culture sure does have a rich history of encouraging us to pray for a lonely death. Whether it’s playing on the radio, lining the shelves at a book store, or screening at your local cinema, love is often described as a dismal trainwreck you’d be better off avoiding.

To celebrate Anti-Valentine’s Day, Huck has compiled a list of just a couple of the times we were taught it’s far better being alone.

Leader of the Pack

Poor Betty. All she did was start dating the most popular boy in school. But Jimmy wasn’t just a popular boy. He was a bad boy. So bad that Betty’s parents just flat-out refused to let her date him anymore. So, being surprisingly compliant for a teenage girl in the 1960’s, Betty dumped Jimmy like yesterday’s trash. Jimmy was devastated, however, riding his motorcycle with such reckless abandon that he ended up splattered across the highway after a high-speed sulk.

So Betty was now single and traumatised, having essentially driven her boyfriend to his demise, left only with a couple of annoying friends who would constantly sing about her dead ex. How inconsiderate is that?! Bet she regrets even dating the guy in the first place.

Far from the Madding Crowd

It’s easy to understand farmer Gabriel Oak’s adoration for the young farm heiress Bathsheba Everdene. She’s impulsive, free-spirited and creatively independent. But she’s also a huge pain in the arse. He asks for her hand in marriage, but despite their long-time flirting, Bathsheba rejects it, Gabriel being poor and socially unremarkable, and Bathsheba valuing her independence too much to settle down. Which is fine. Them’s the breaks.

But then all of Gabriel’s sheep plummet off a cliff, and he’s forced to seek work from Bathsheba at her new country palace down the road. And then look on as she marries a flashy army sergeant with a secret love child, before getting engaged to a very wealthy madman long obsessed with her… who then shoots dead the flashy army sergeant in the middle of a fancy party.

It’s only after all this nonsense that Bathsheba finally realises that maybe it’s all right to marry the poor farmer from back in the day, rather than the duplicitous, trigger-happy weirdoes she’s been romantically entangled with for so long.

I mean, it’s great that Bathsheba eventually reciprocated Gabriel’s feelings, and I suppose finding your ‘one true love’ is great and everything – but when it’s all this exhausting? Ugh, why bother? 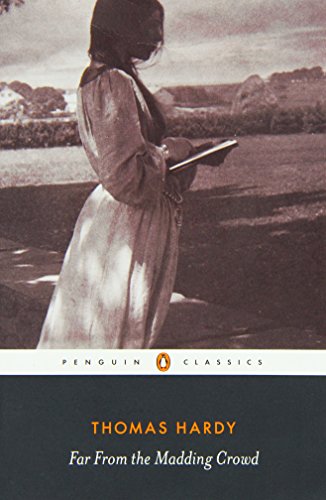 For a certain segment of the population in the mid-1990’s, the idea of being erotically probed on a rollercoaster by Marky Mark of New Kids on the Block (government name: Mark Wahlberg) would be sexual dynamite. Especially with nineties alternative warblers The Sundays being all sad and dreamy in the background.

Unfortunately for Reese Witherspoon (in the pre-prestige, ‘teen bad girl’ phase of her career), this fantasy didn’t occur in a nice romcom. Rather it all went down in 1996’s gen-X Fatal Attraction clone Fear. It turns out for poor Reese that while her new boyfriend might look like the star of a bunch of adverts for Calvin Klein underwear, he’s also a marble-mouthed nutcase – a violent, controlling Seattle thug who totally kills her friends and later holds her whole family captive with his hillbilly pals. Seriously, I’m talking proper biker-gang hillbillies with big hair and no teeth. It’s just the worst luck. Stay single next time, Reese. 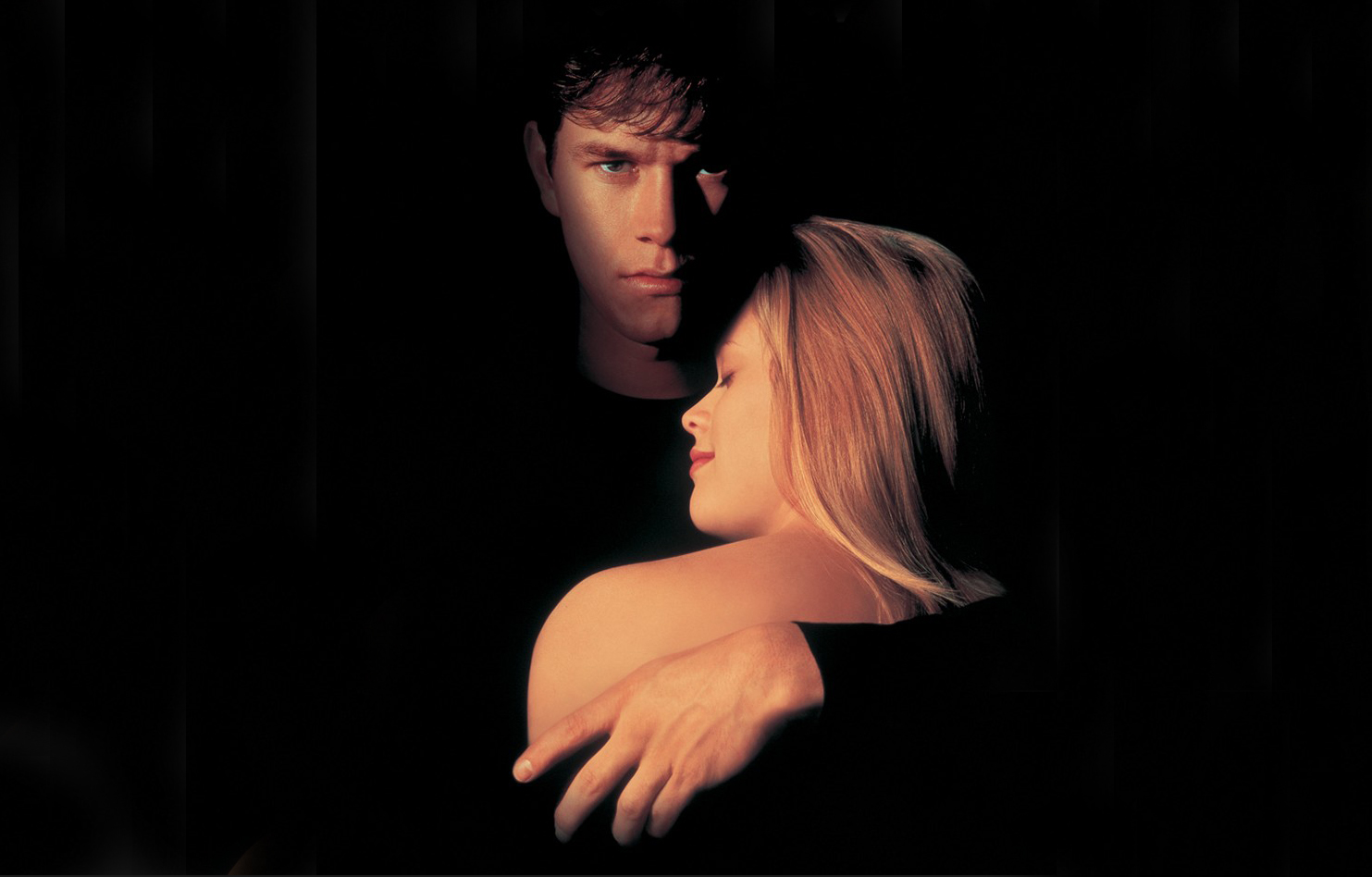 Too Much, Too Young

So this girl got pregnant when she could have been off partying with The Specials. Instead of being smack-dab at the centre of the early ’80s ska revival scene, she’s stuck at home with a lil’ pickni making currant buns for tea. This baby has taken over her life, at a time when she ideally ought to be out having fun with her mates. Just living a carefree existence while she still can, before the looming spectre of work and taxes completely takes over. Poor thing.

But, at the same time, who does this guy think he is? Ranting at her for having a baby? Like he truly understands any of the context for why she’s gotten pregnant at such a young age? Maybe she wanted to have a baby? Maybe currant buns actually make for a really nice dinner? I mean, sure, having a kid really young seems like kind of a buzzkill. But if the alternative is having to constantly put up with a bunch of vague Tory misogyny instead? Ugh, she’d just be better off alone.

Othello and Desdemona were proper interracial pioneers, weren’t they? Throwing caution to the wind despite pressure from their families and the general status quo of the time. Good for them. But man, that grubby Iago just couldn’t let it go, could he? He was probably just bitter because his name sounds like someone coughing up phlegm.

Anyway, Iago spreads all these rumours that Desdemona has been stepping out on her hubbie, so Othello’s all, “kill her with me, please.” Dude, dramatic much? But Iago’s plan generally works out, with an elaborate revenge scheme culminating in Othello totally killing Desdemona despite her protests. He apparently feels really guilty once he finds out the truth about Iago’s plotting, enough to stab himself to death at least, but pfft. Still killed your own wife, buddy.

So next time your own relationship reaches its inevitable end, just remember that at least you weren’t manipulated by some irritating racist into a long-winded murder/suicide. There’s always that.

Ryan Gosling might say the family dog has run away to Hollywood to become a “movie dog”, but we all know the truth. That dog is dead on the roadside, and nothing little Gosling can say will ever bring him back. A sign of ‘oh shit, this is just going to get more depressing, isn’t it?’ if there ever was one, the appearance of a dead dog barely ten minutes into Blue Valentine signals exactly where the rest of the film is headed.

You see, Dean and Cindy were at one point really happy. They found each other in the midst of two equally humdrum existences, two disparate souls somehow gravitating towards one another and falling in love. There was even a ukulele involved! But then with the arrival of a baby and the pressures of work and life, things gradually fell apart. To further drive home the misery, director Derek Cianfrance constantly bounces between past and present, contrasting the hopeful Dean and Cindy of old with the miserable, dissatisfied Dean and Cindy of the future. Blue Valentine is a masterpiece, but also the finest depiction in moviedom of how important and essential it is to avoid marriage and commitment at literally all costs. 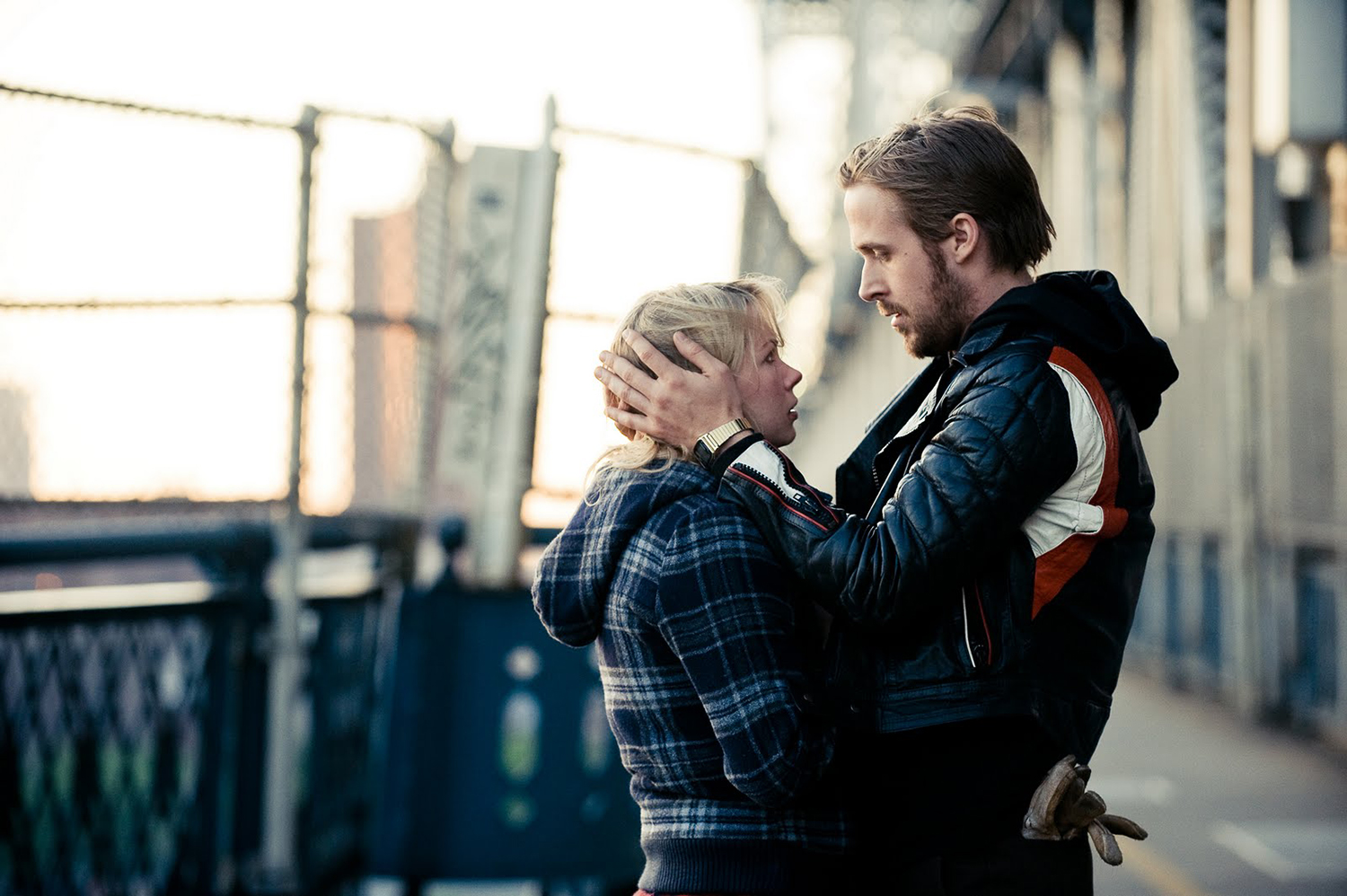 The tale of a tragic young woman suffering from undiagnosed mental illness who happens to cross paths with a smug Manhattan attorney who completely uses her for sex and then casually tosses her aside, Fatal Attraction is an important lesson for us all.

Alex, already suffering from a terrible case of poodle hair, thought she had met the man of her dreams in the form of wealthy slickster Dan. They have sex, he continues to string her along, but only then confesses that he’s actually a married father of one. So Alex understandably gets a little pissed. Then his feckless Stepford wife completely shoots her to death when all she wanted to do was take a quick soak in his bathtub. The nerve of these people! If only someone had told poor Alex to never trust a man in an ’80s power suit.

As she and her old back-up singers tell it, Beyoncé was once dating a guy who at first started out real cool, taking her to places she ain’t never been. But then he started getting comfortable, not doing those things he did no more. Turns out this guy was not only making Beyoncé pay for things, but he was also driving her car around all day and never re-filling her tank, maxing out her card (card), buying her gifts using her own funds, and then calling people on her cell phone (phone). Including his own mother!

And, no, he probably didn’t pay Beyoncé’s telephone bills, nor her automobile bills. If he did, then maybe they would have been chill. Thankfully Beyoncé saw the error of her ways, however, and now the two of them are through.

So don’t feel too bad if you find yourself in a similar situation with a trifling, good-for-nothing type of brother – even Beyoncé has been there. Ugh, scrubs.

Linkedin
RELATED ARTICLES
OTHER ARTICLES
A new series of photos by Johny Pitts shines a light on communities and subcultures that have all too often been overlooked.
From the early originators to the female writers at the forefront of today’s scene, we talk to the artists redefining graffiti’s consciously macho origins.
To mark the premiere of his new documentary on surfing giant Gerry Lopez, the filmmaker and former pro skateboarder sits down to share his unique brand of wisdom.
Steel City is often overlooked when it comes to the country's cultural radar despite its role in shaping electronic music.
Following the release of his latest album, the rapper talks about finding a new approach to songwriting, attitudes to poverty, and why his music is more than a political statement.
A woman from Texas explains how she was forced to consider the criminal liability she might face for medication abortion over her health.