Art & Culture / Emos at 2000trees festival on the subculture’s revival 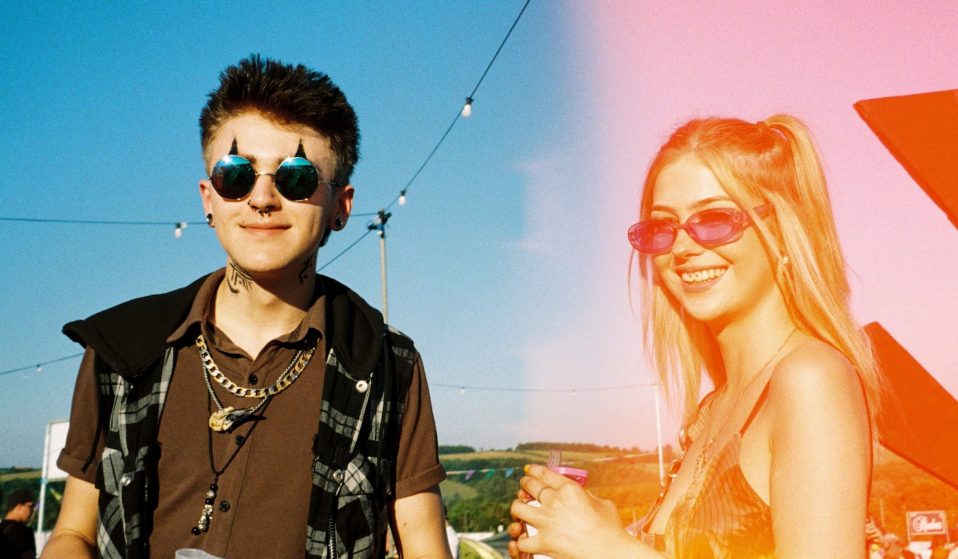 Photographer Jak Hutchcraft attended the legendary music festival to find out what attendees – who’d come to see the likes of Jimmy Eat World and Creeper – make of emo’s comeback.

“I feel like emo is definitely more relevant at the moment than before,” Anna, 20, from Milton Keynes tells me.“It’s making a comeback – the fashion and the music.”

Emo is an identity that’s vehemently rejected by some and worn as a badge of honour by others. The subculture and music genre can be traced back the mid-80s post-hardcore scene in the US, but the term was divisive from the offset. Guy Picciotto, singer of seminal American emo band Rites of Spring, notoriously hated the name. “It just doesn’t make any sense to me,” said Picciotto back in 2003. Over the decades that followed, emo has been dragged through second, third and fourth waves; revivals, ridicule, evolutions, mutations, vilifications, commercial successes and a shitload of arguments online. 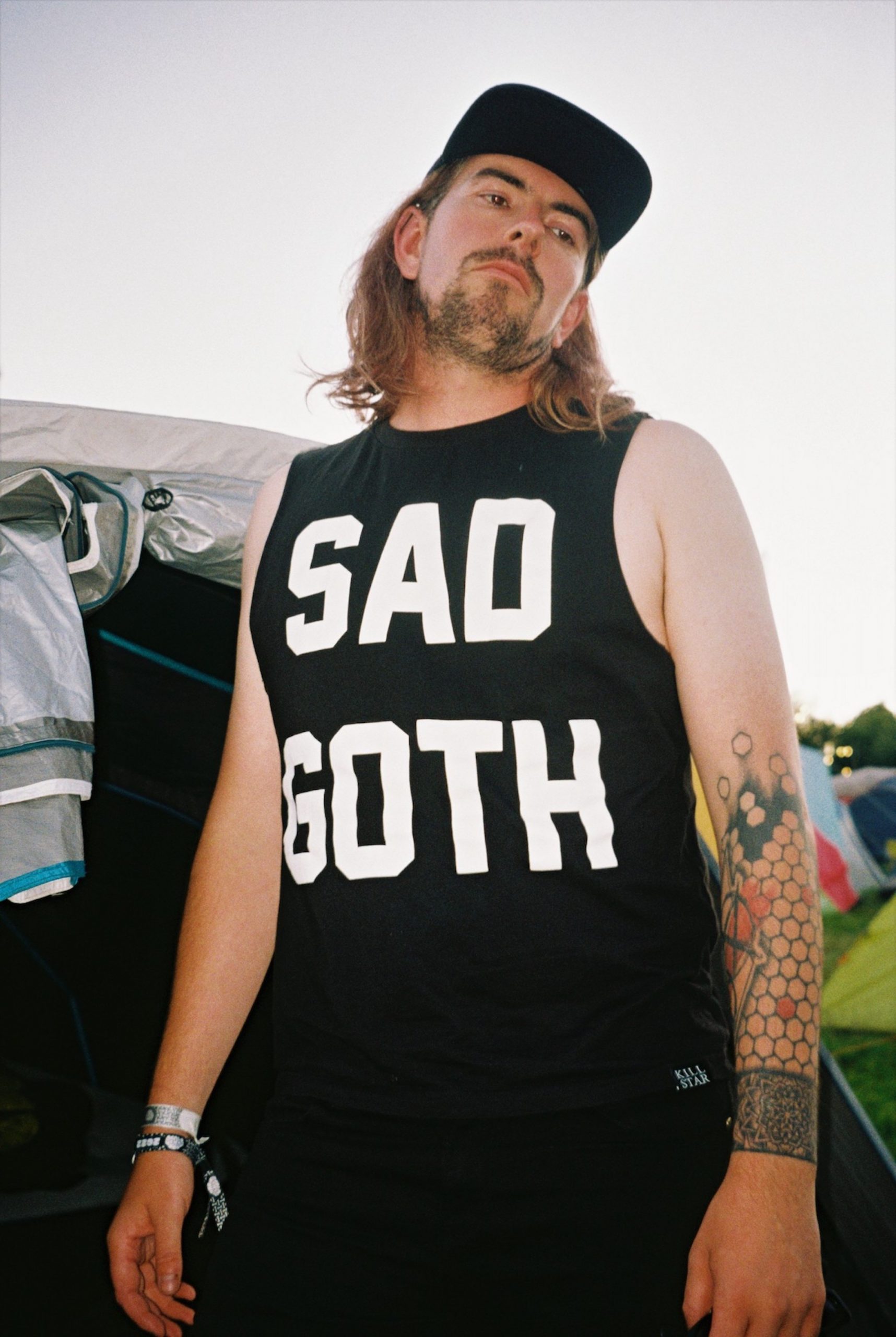 I went to 2000trees festival in Cheltenham last weekend to find out what’s happening in the world of emo in 2022. I met passionate people all ages: mums with their daughters, teen couples, emo elders, mainly dressed in black and screaming along to bands such as Jimmy Eat World, The Get Up Kids and Thrice. “I would say I’m probably an emo at heart,” Poppy, 28, from Portsmouth tells me while on her way to see Creeper. “There’s still a big part of me that hasn’t moved on from Taking Back Sunday and MCR. I still refuse to wear anything that isn’t black. So, yeah, I guess I’m still emo!”

The ephemeral nature of fashion and music dictates that anything once fresh and exciting becomes laughably uncool overnight. But if you stubbornly stick with it, weather the storm, clinging on to the culture for dear life with your black fingernails as the world changes around you, it’ll come back round. When that happens, in the words of Andy Warhol, “you’ll be a recognised beauty once again.” 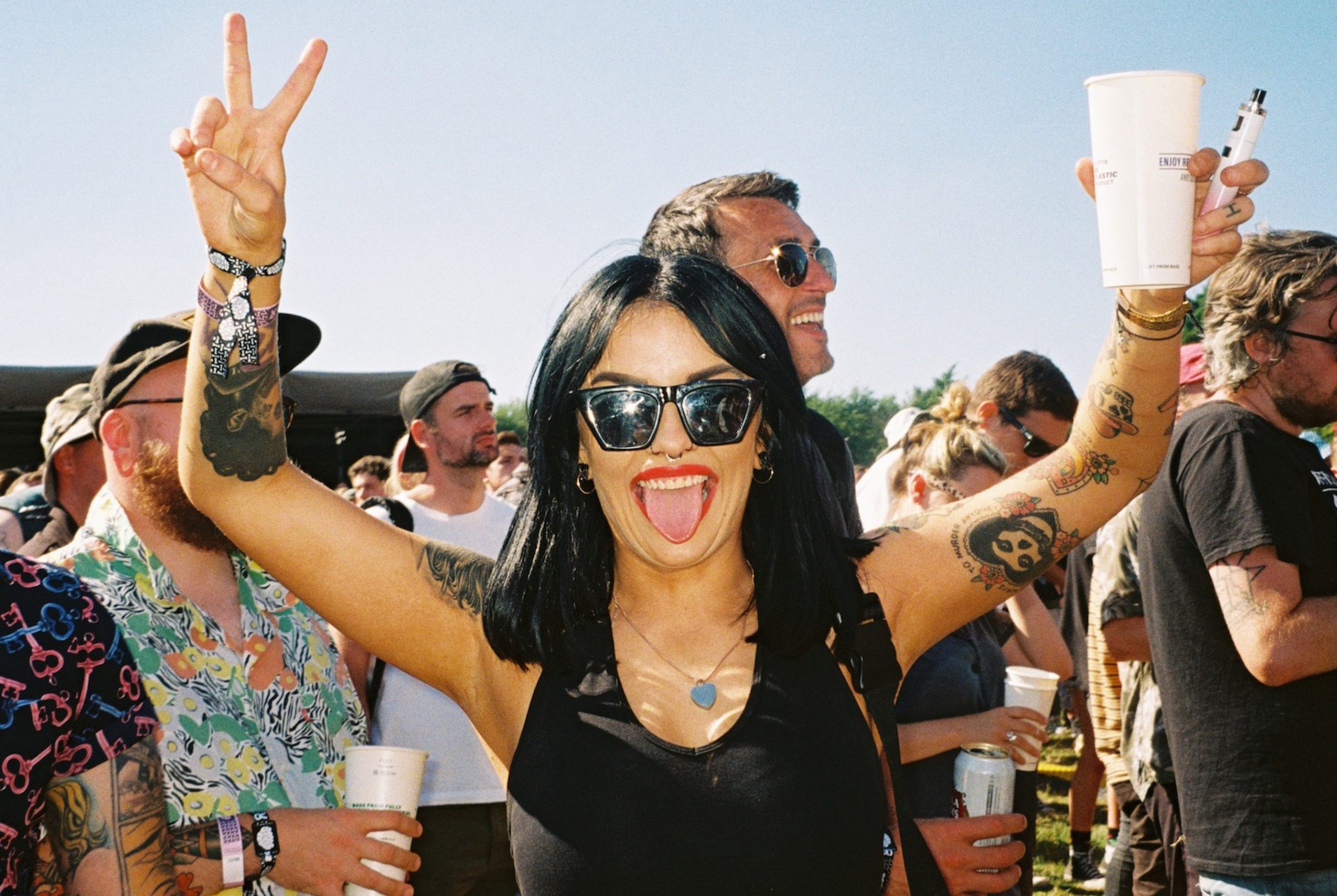 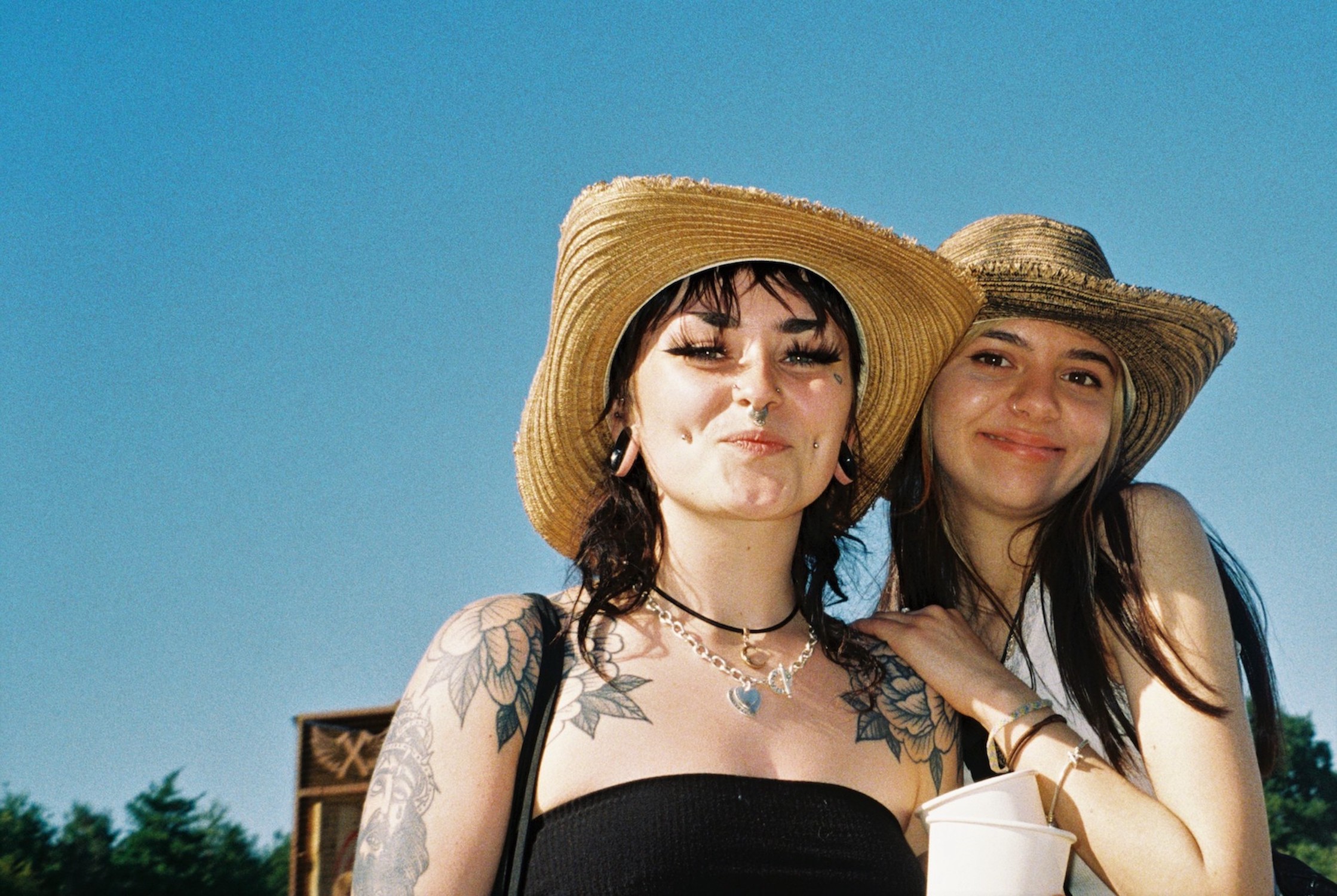 The time it takes for a trend to die then become fashionable again is known by some as the 20-year-rule, which means that the early 2000’s Myspace (‘third wave’) emo era is due a comeback right around now. “Emo is definitely cool again,” Poppy reckons. “I feel a sense of pride when I see these kids in all black and wearing band shirts. Even mainstream radio is playing more alternative bands now. I love to see it.”

I chat to Emma, 31, from Brighton, just after watching US punk rockers Angel Du$t. “I associate the term emo with music, not necessarily with being emotional,” she says. “I never really grew out of my 15-year-old music taste. I think it shaped a lot of what I listen to nowadays.” When I ask if there’s an emo revival happening at the moment, she laughs, “Did it ever go away?”.

The subculture has been on quite a journey, but with My Chemical Romance releasing music again and a whole legion of new rappers such as the Kid LAROI and Rico Nasty adopting the term and making it their own, it feels like emo is blooming once again. From where I’m standing – in a field surrounded by kids in skinny jeans and lip piercings – emo’s not just back, it’s thriving. 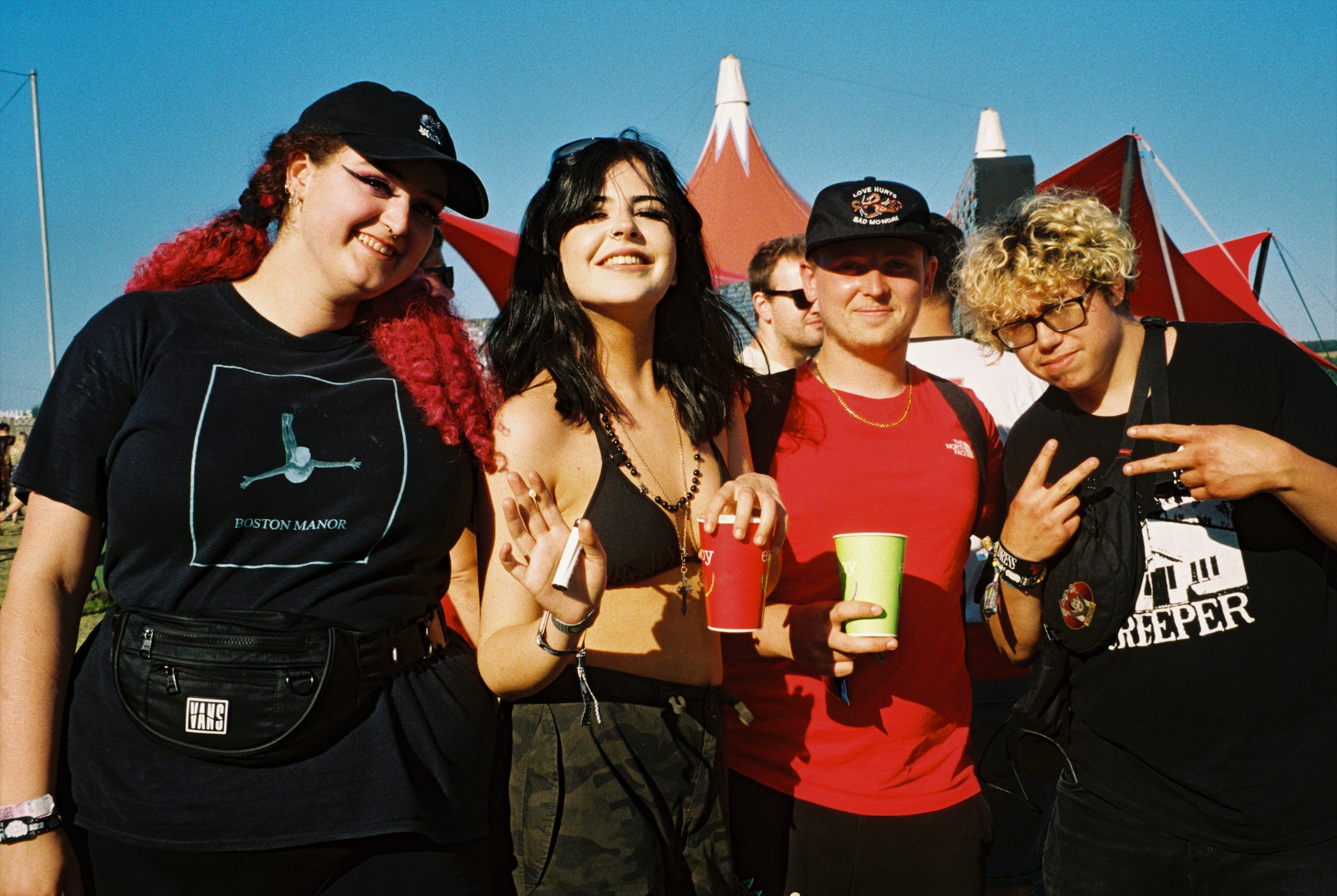 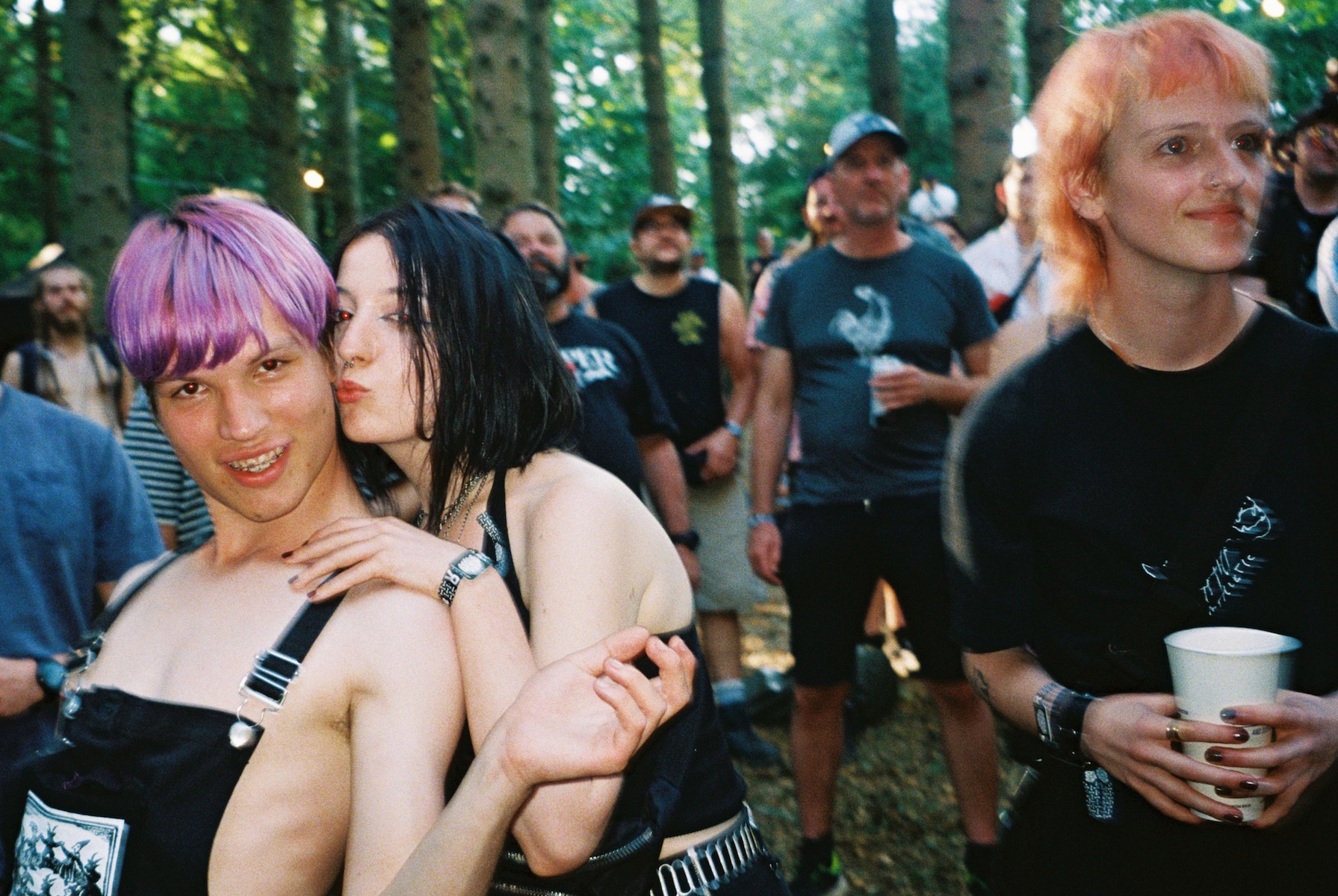 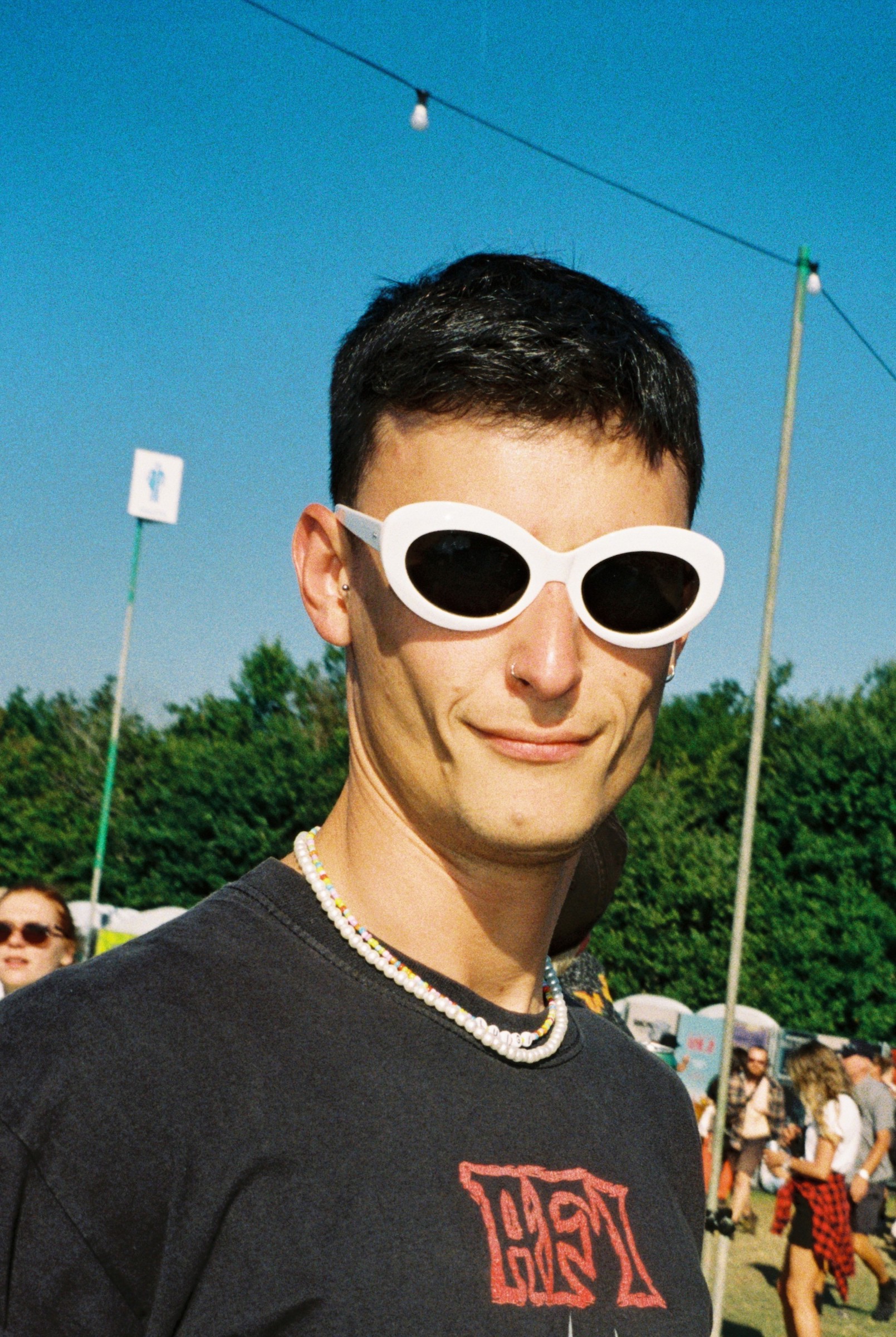 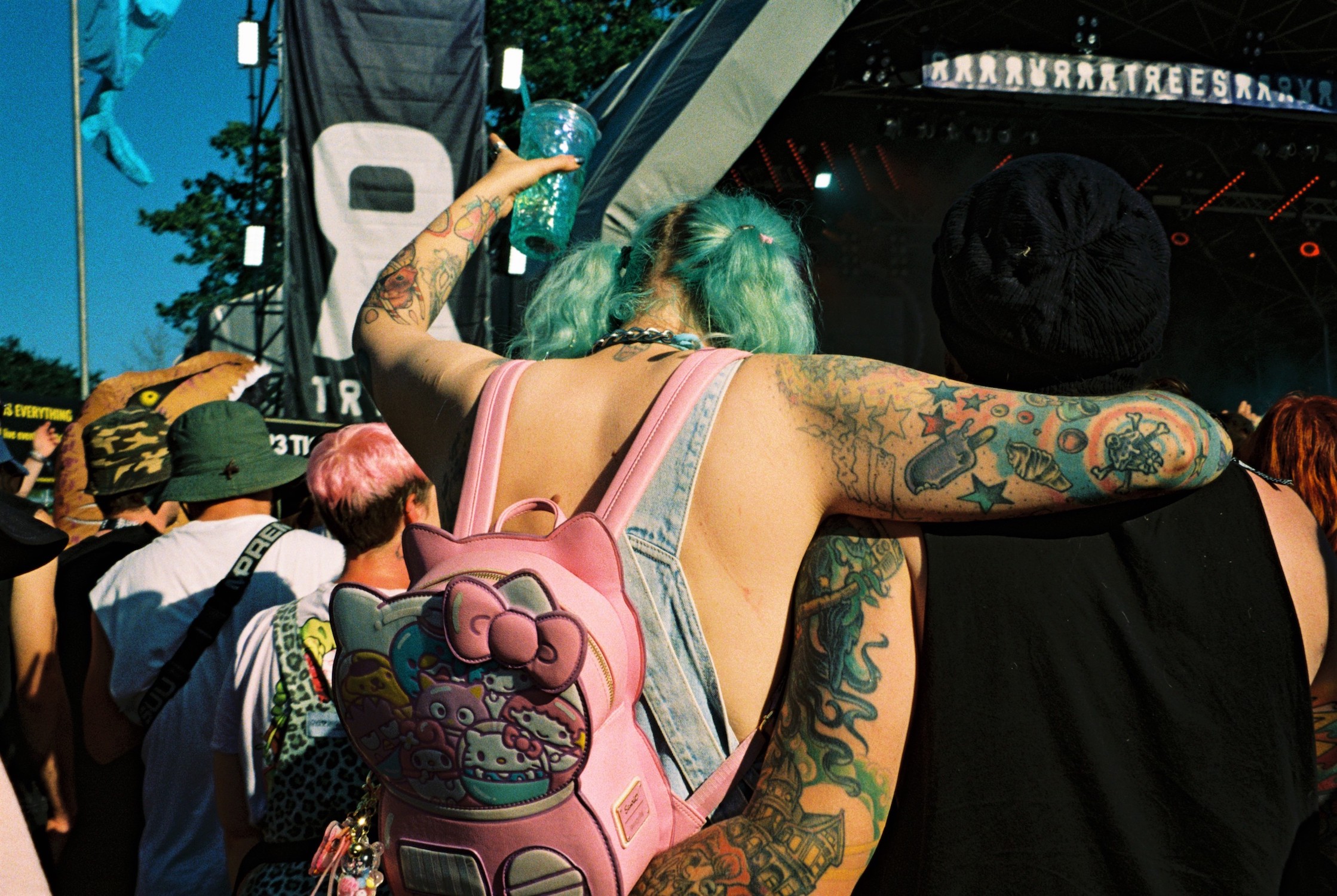 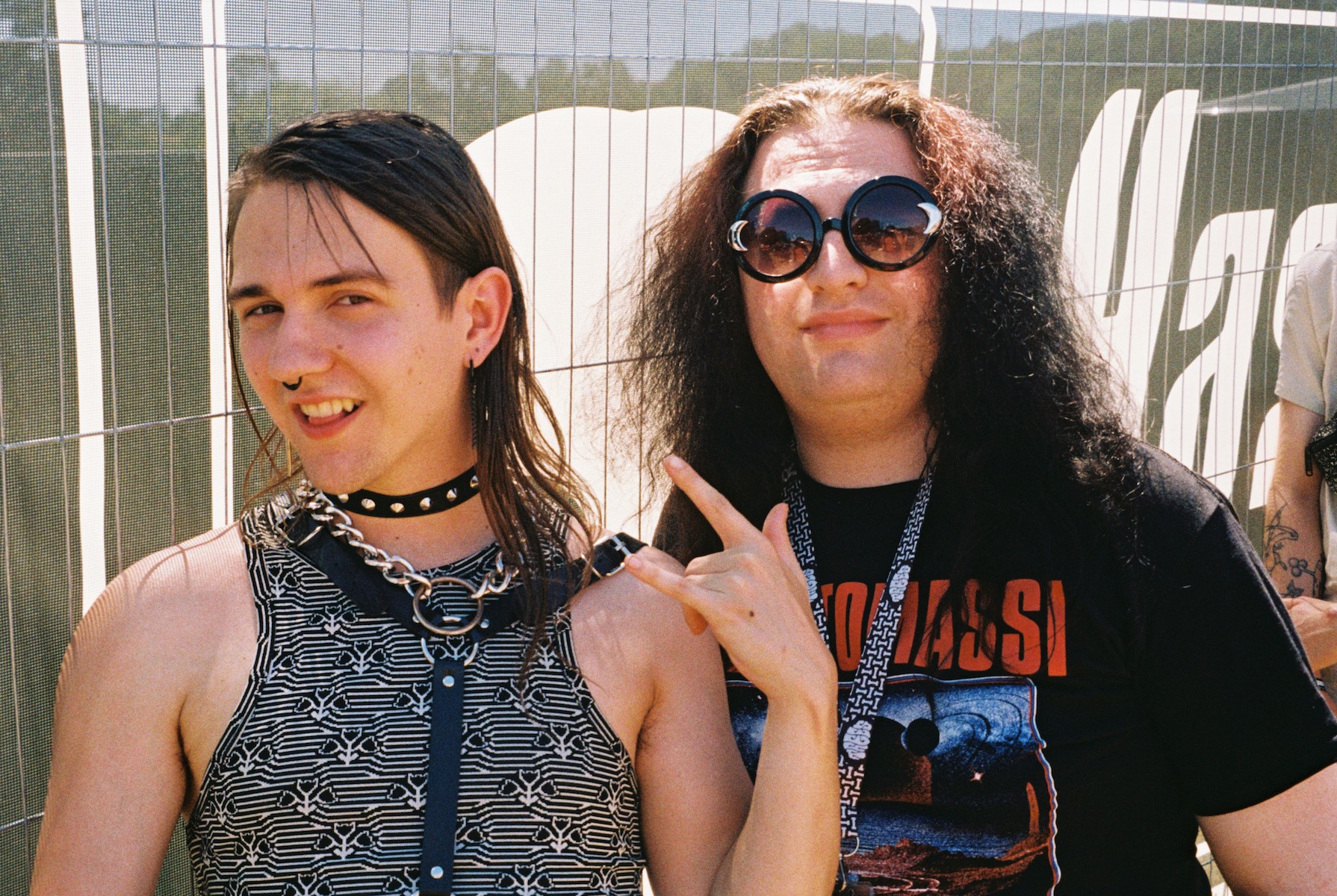 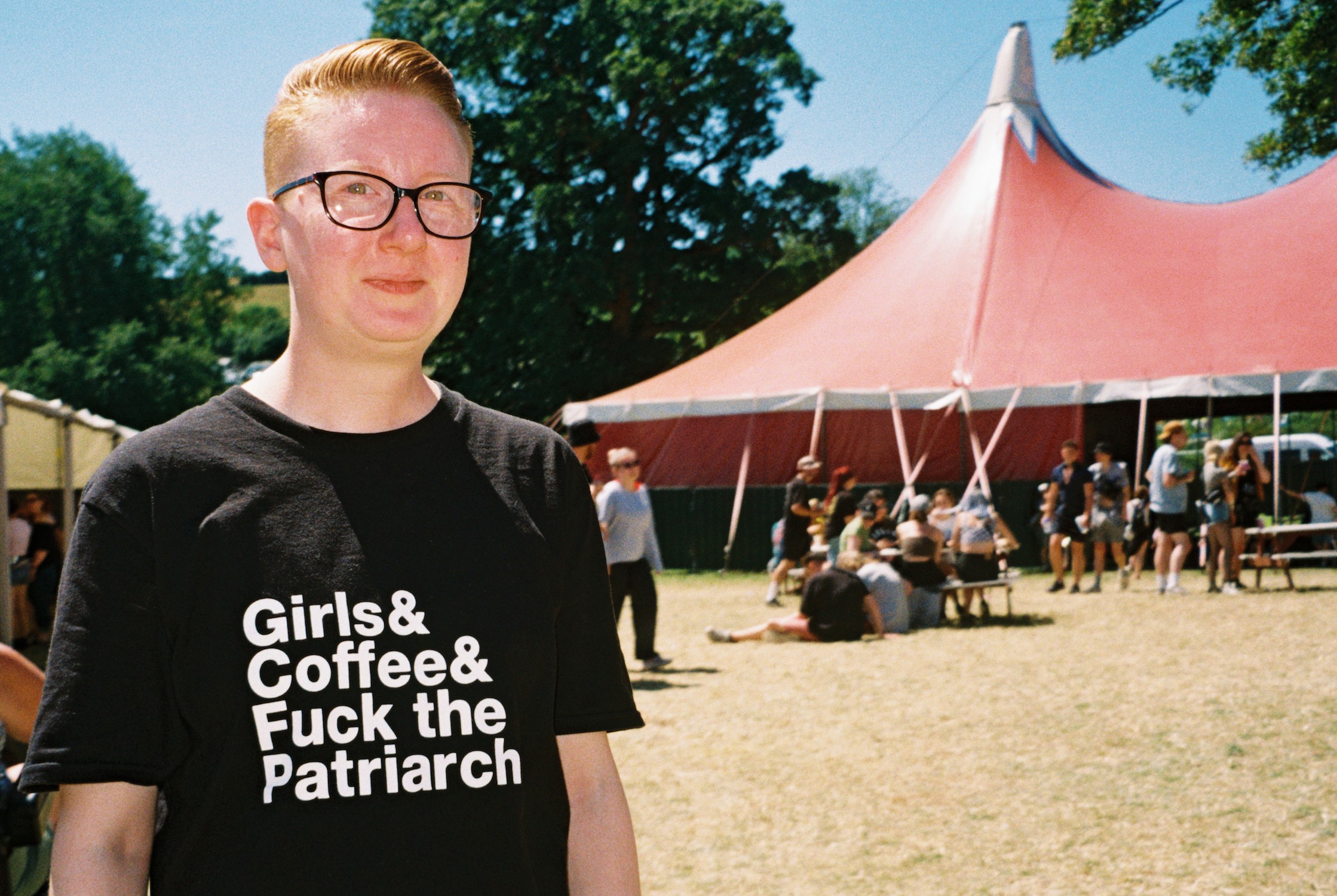 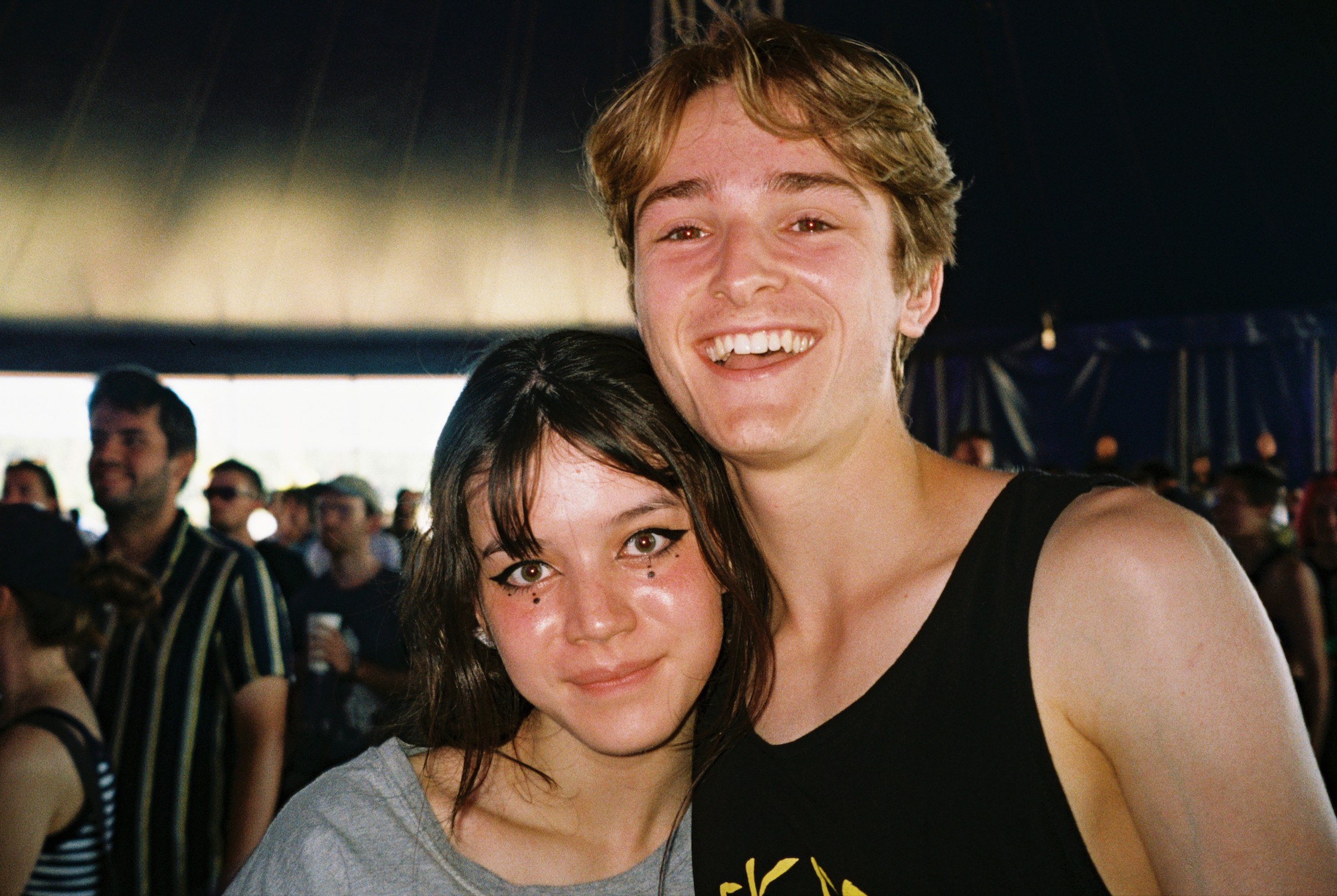 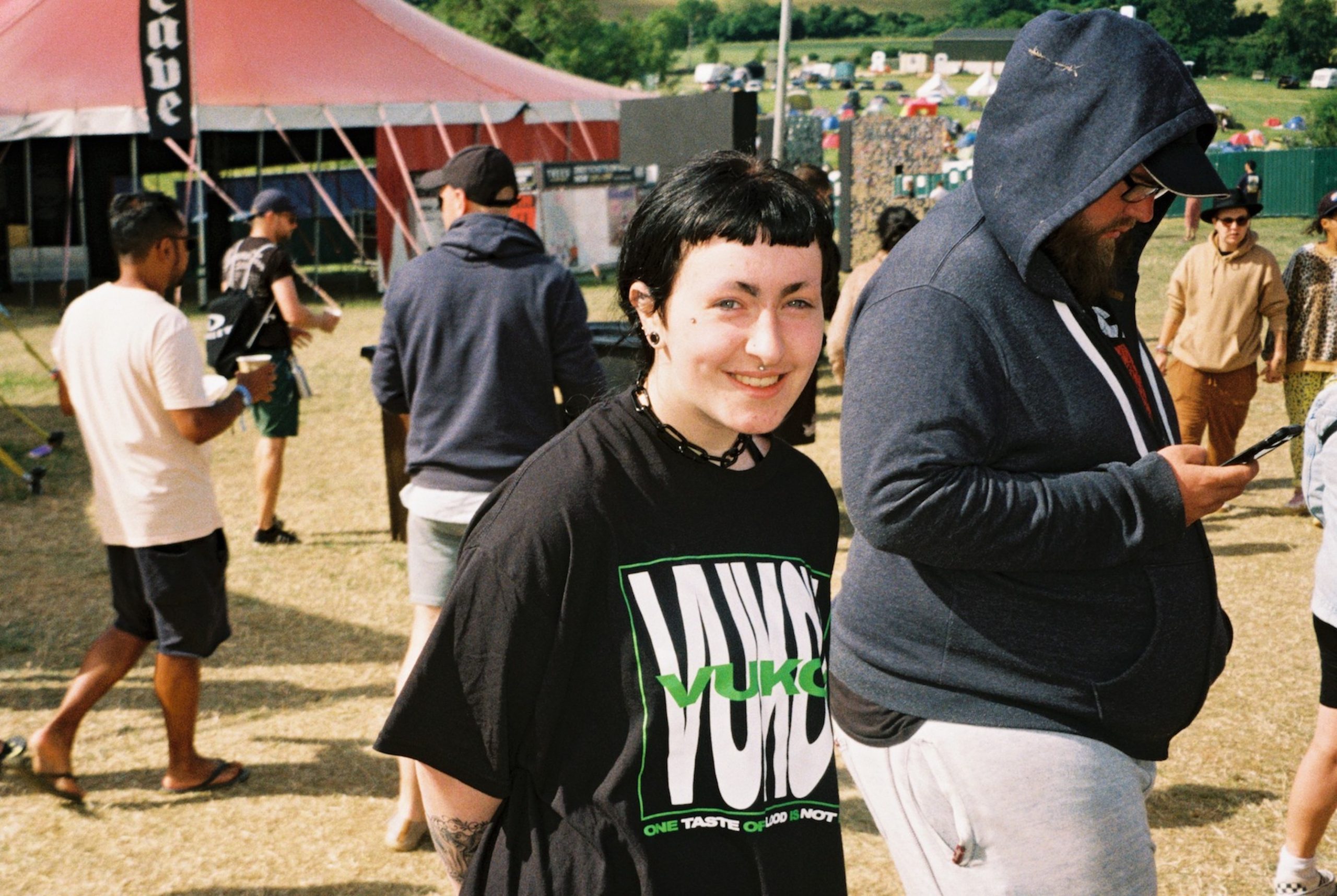 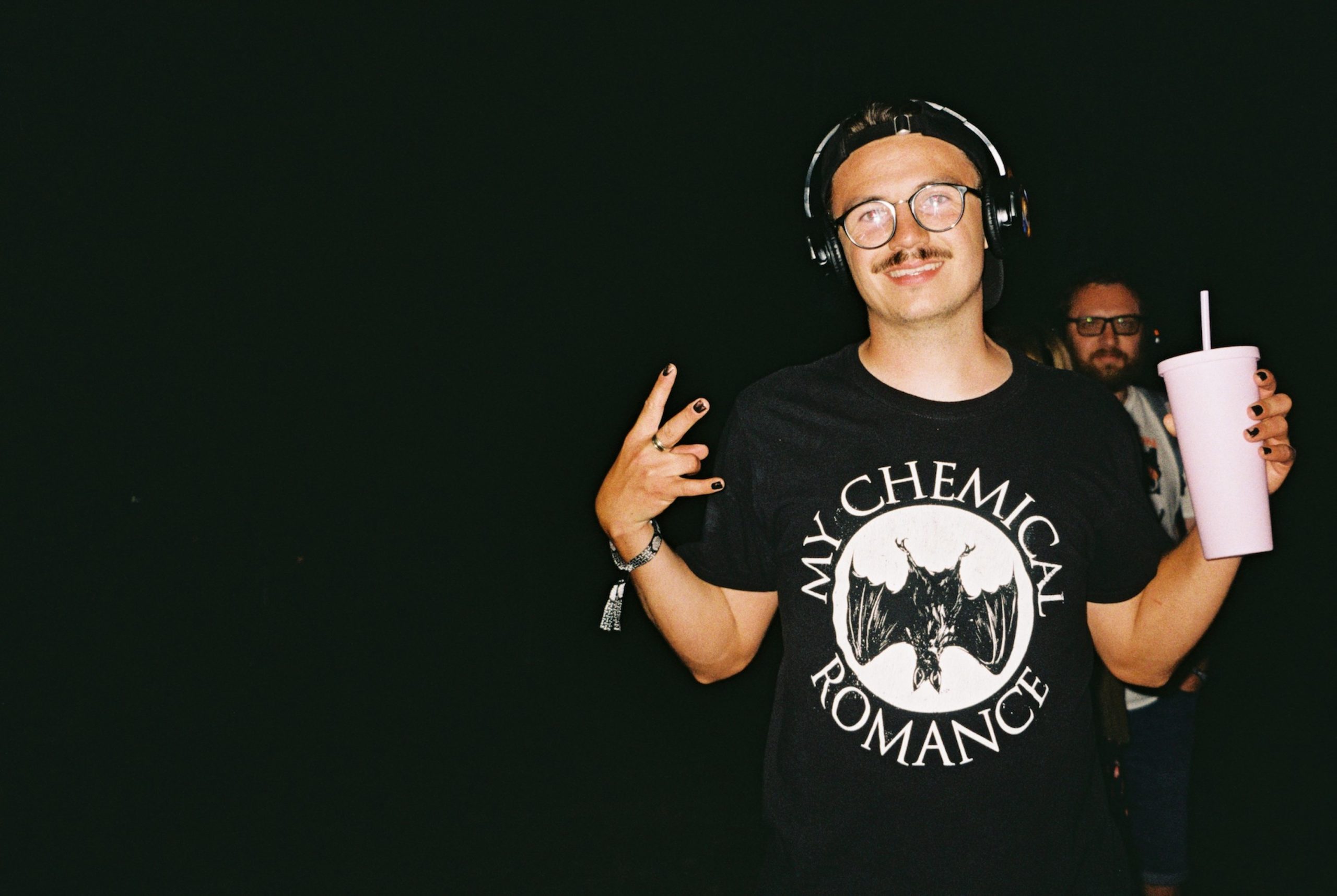 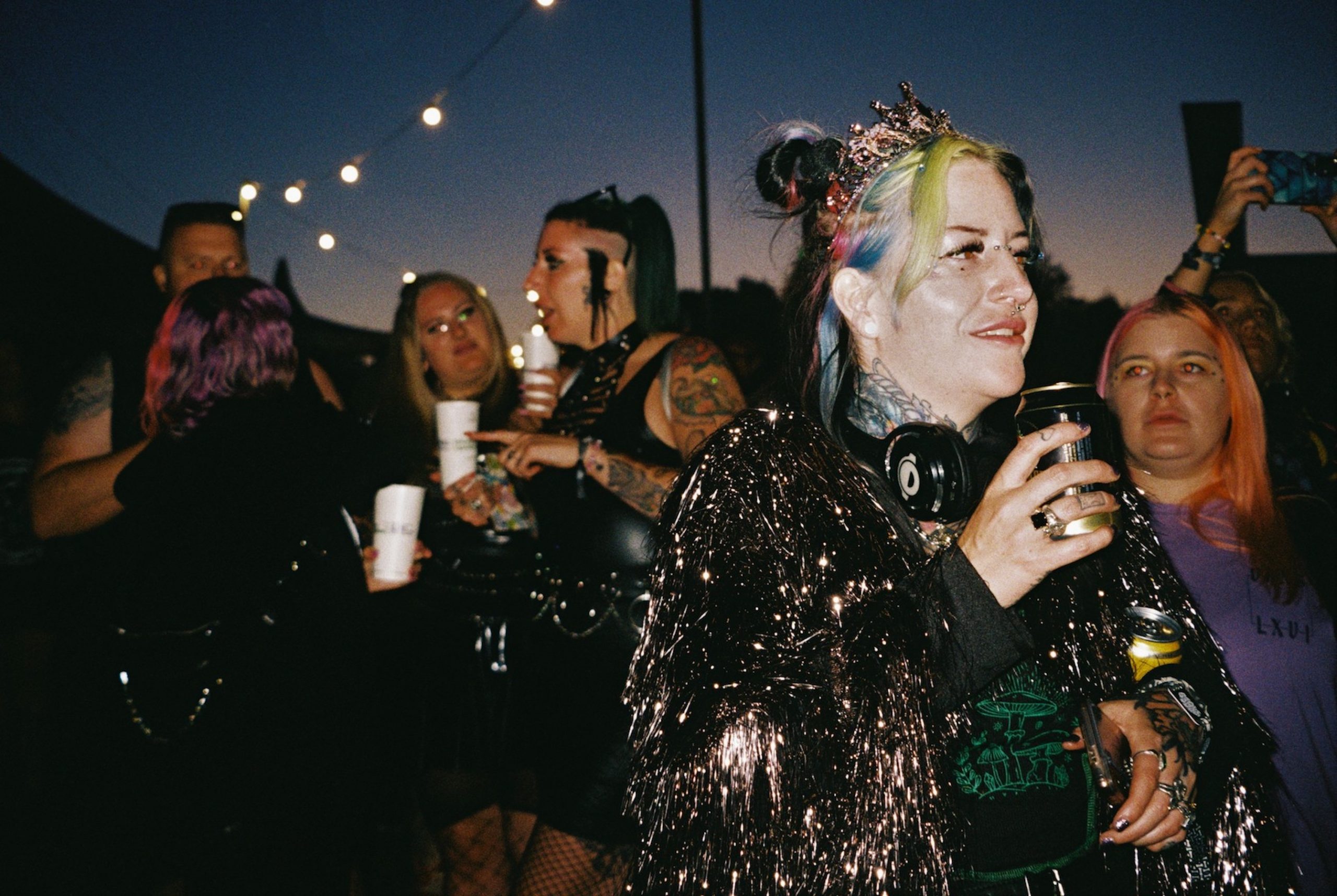 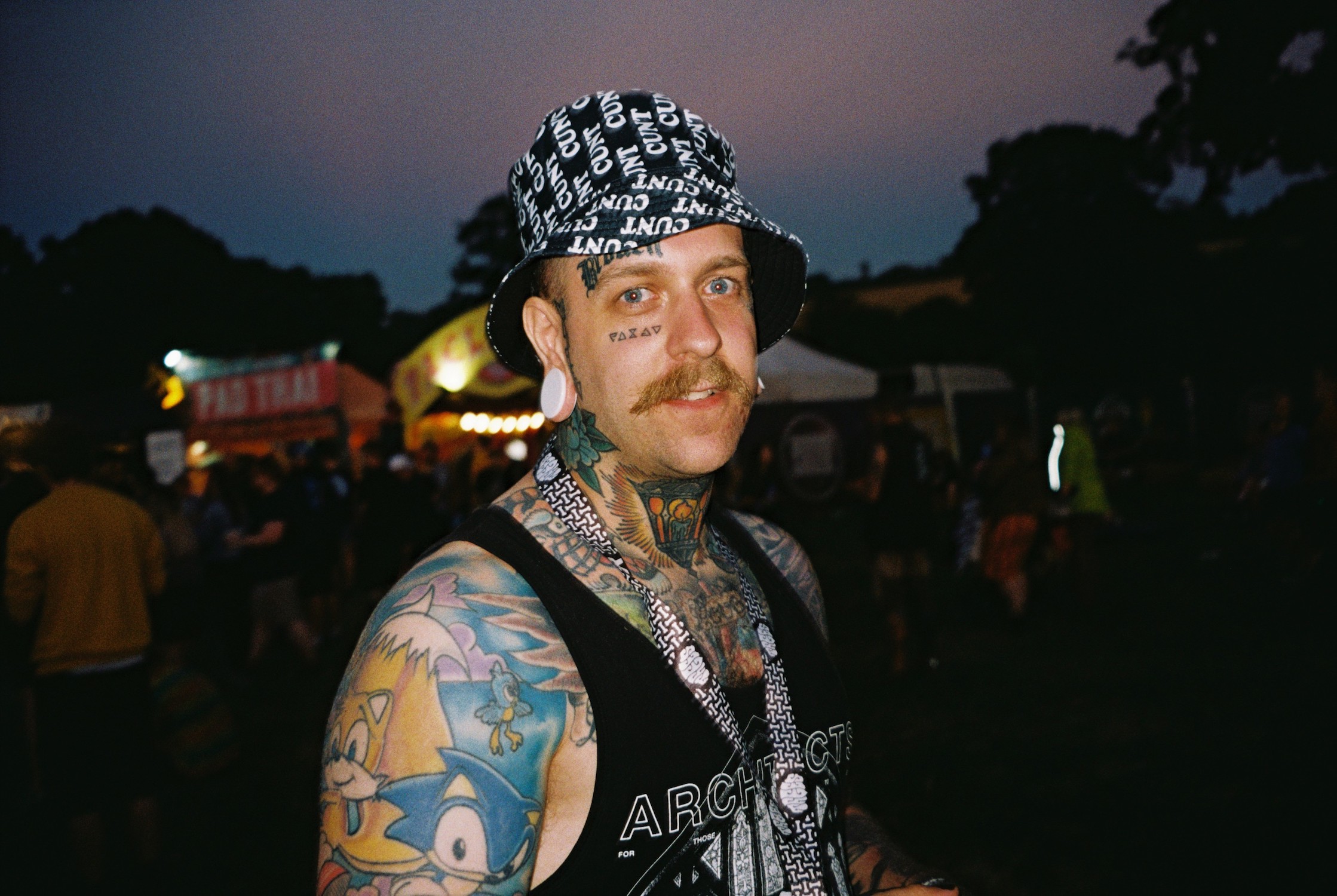 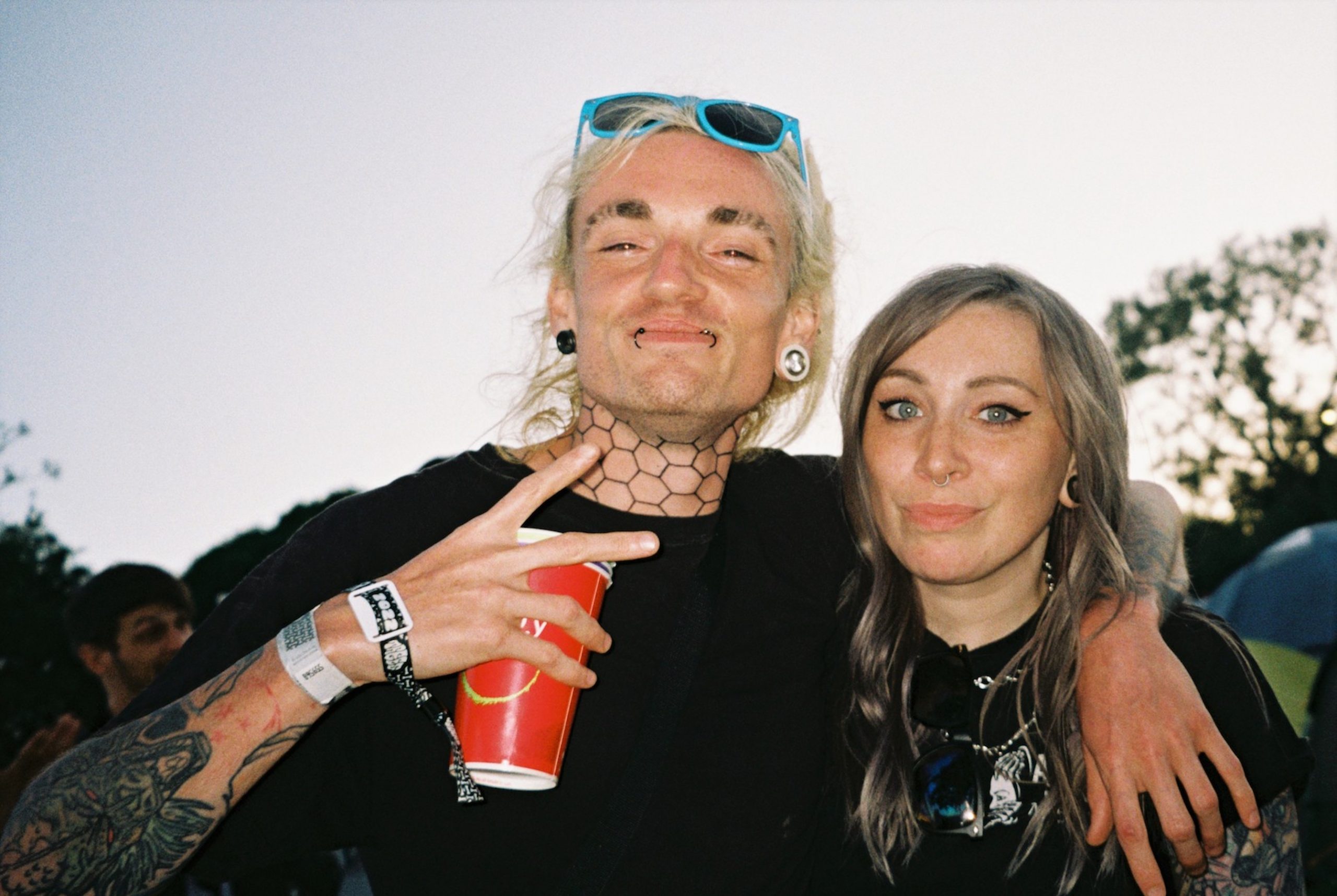 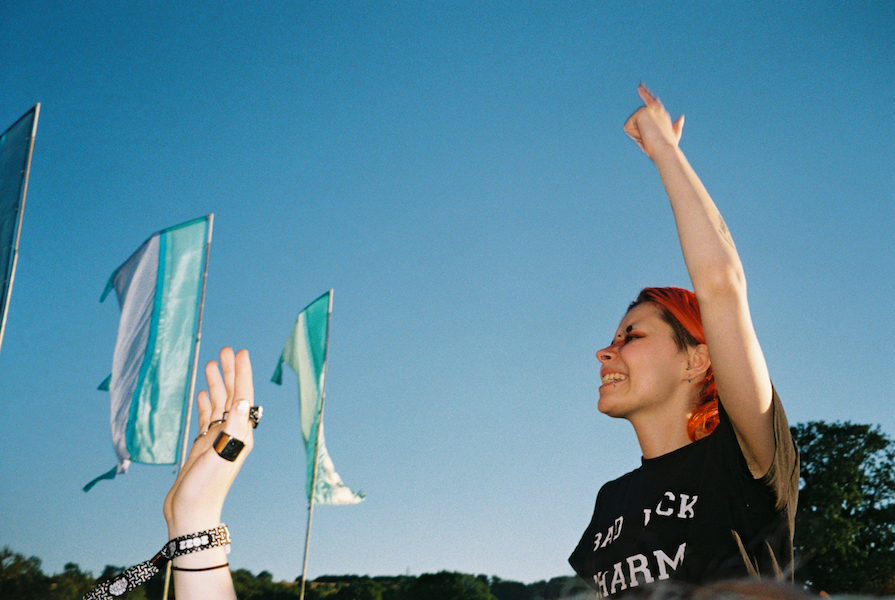 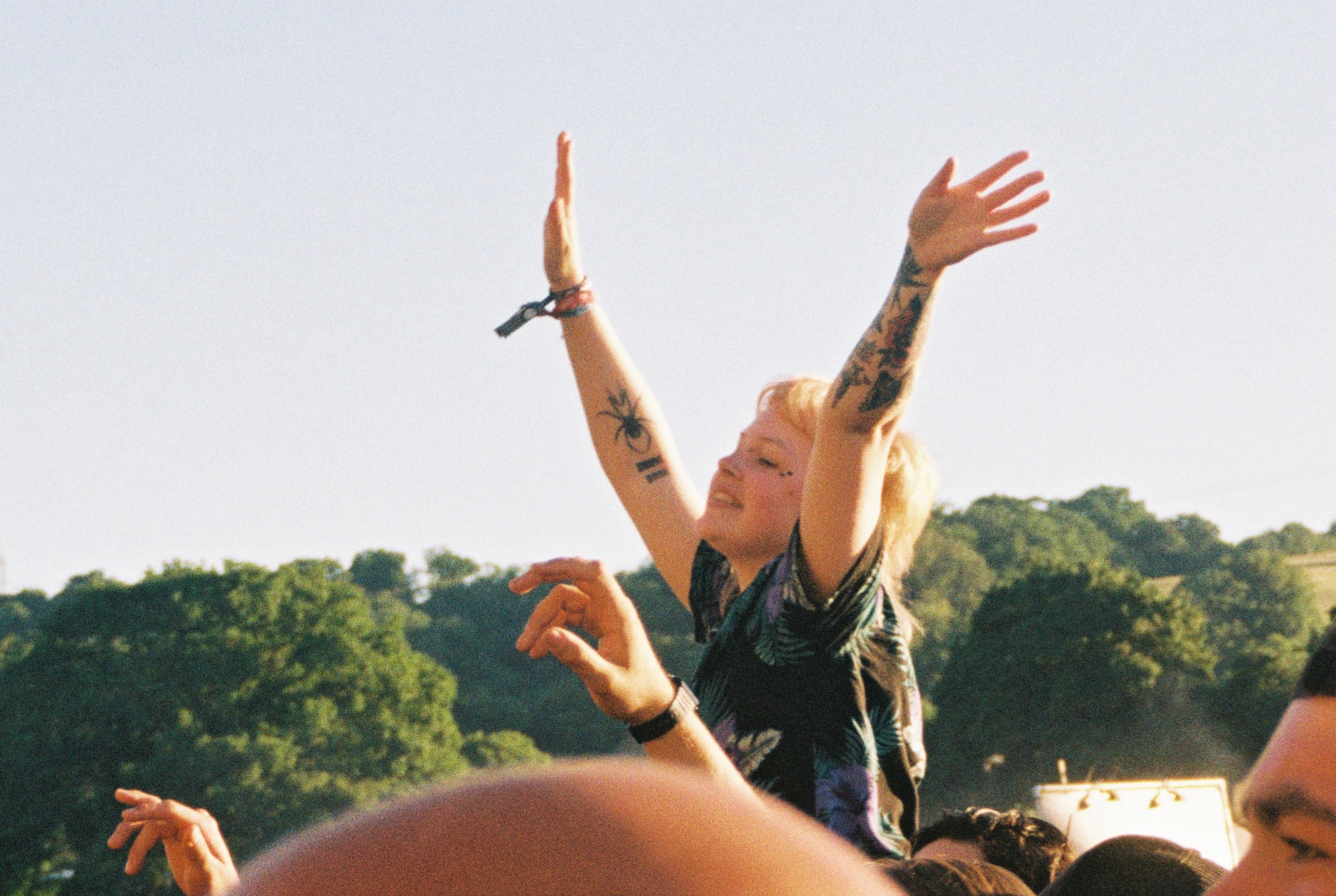 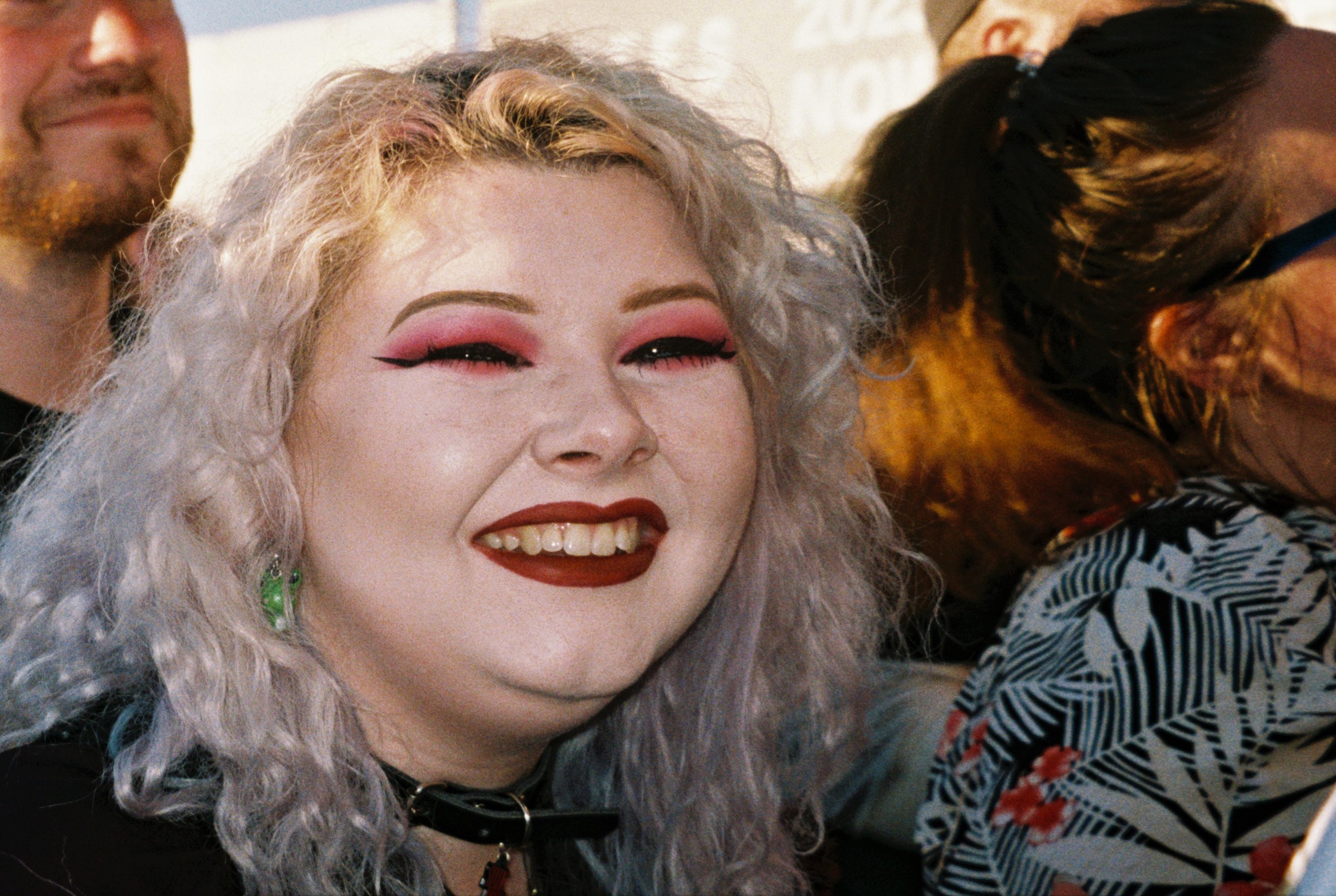 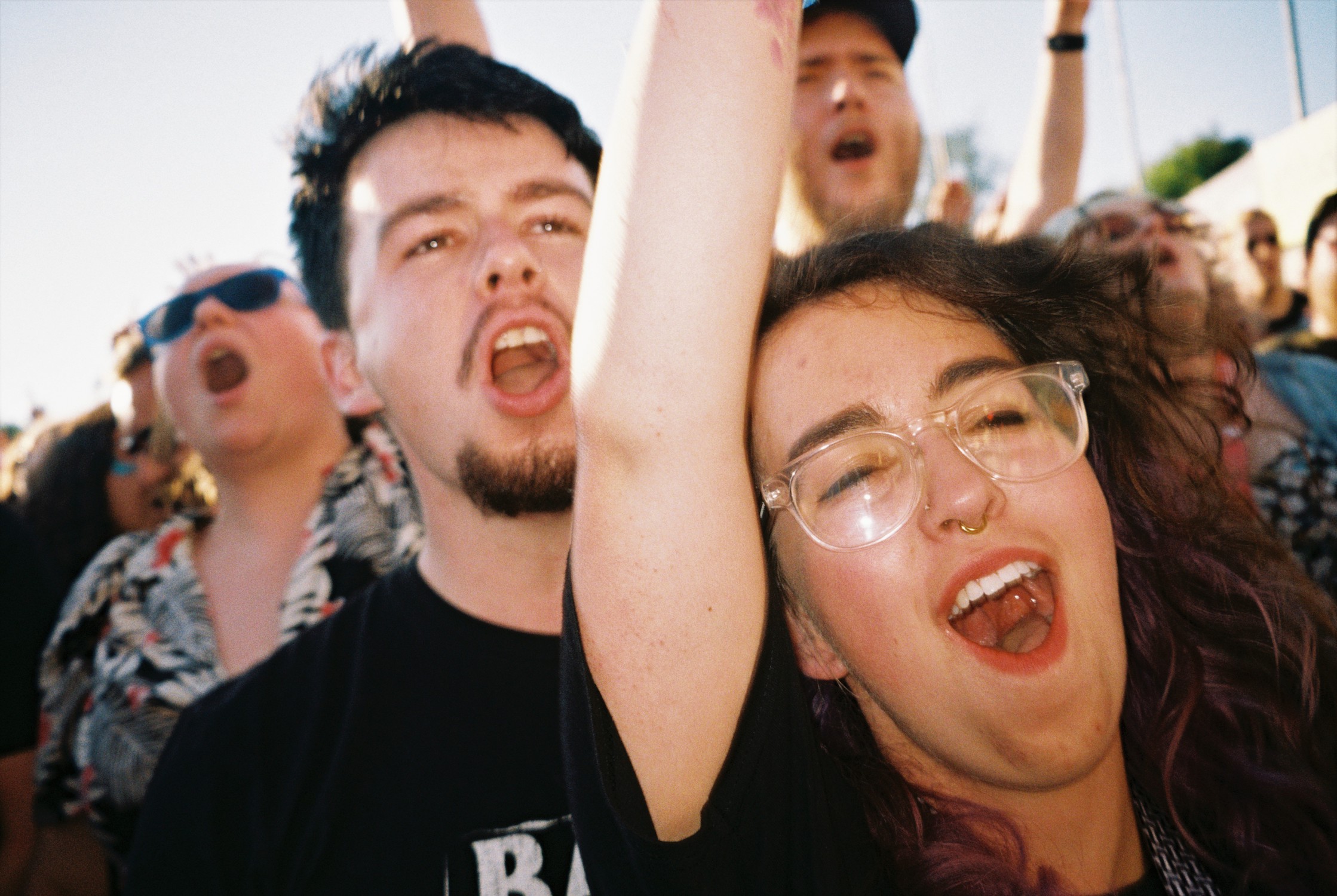 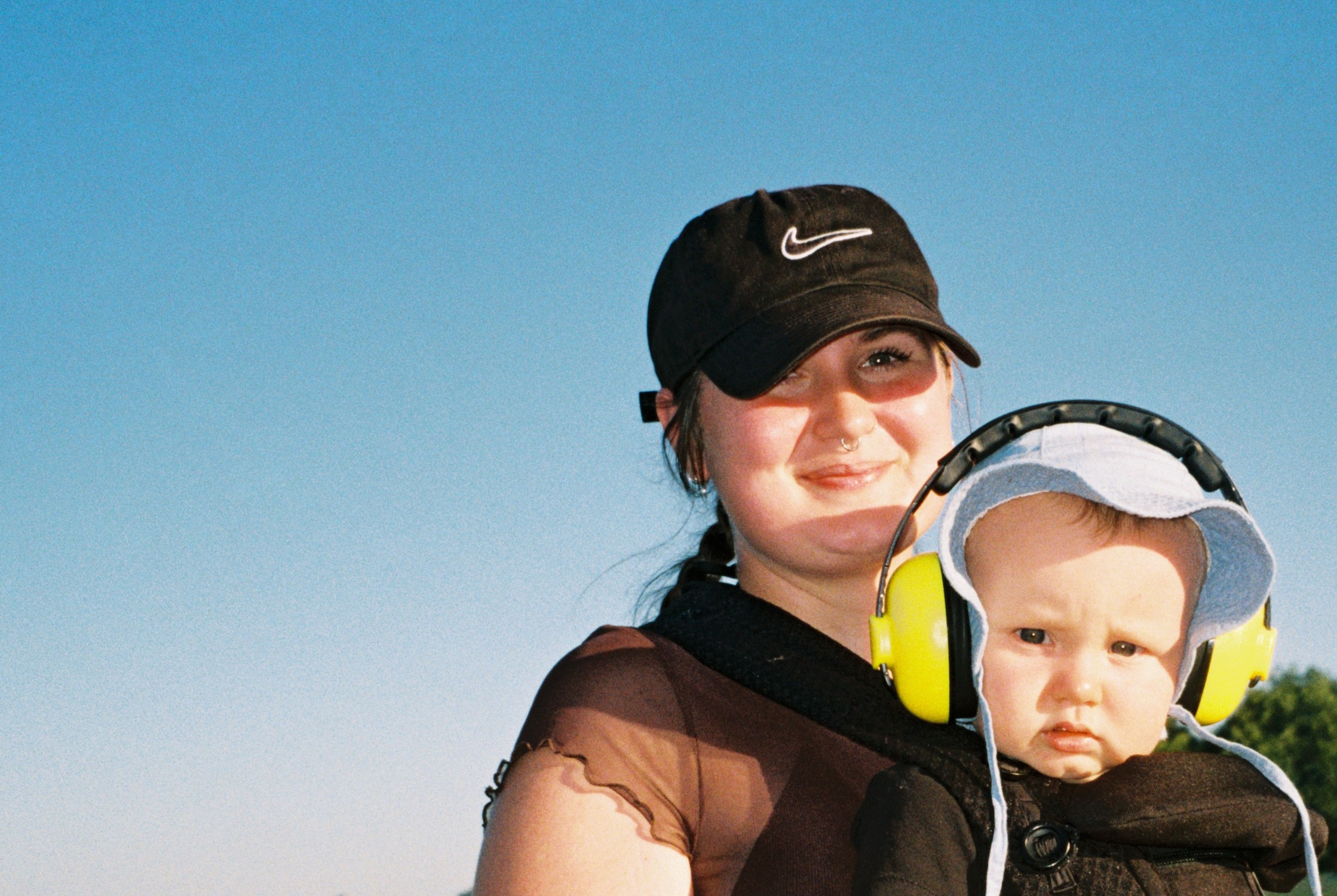 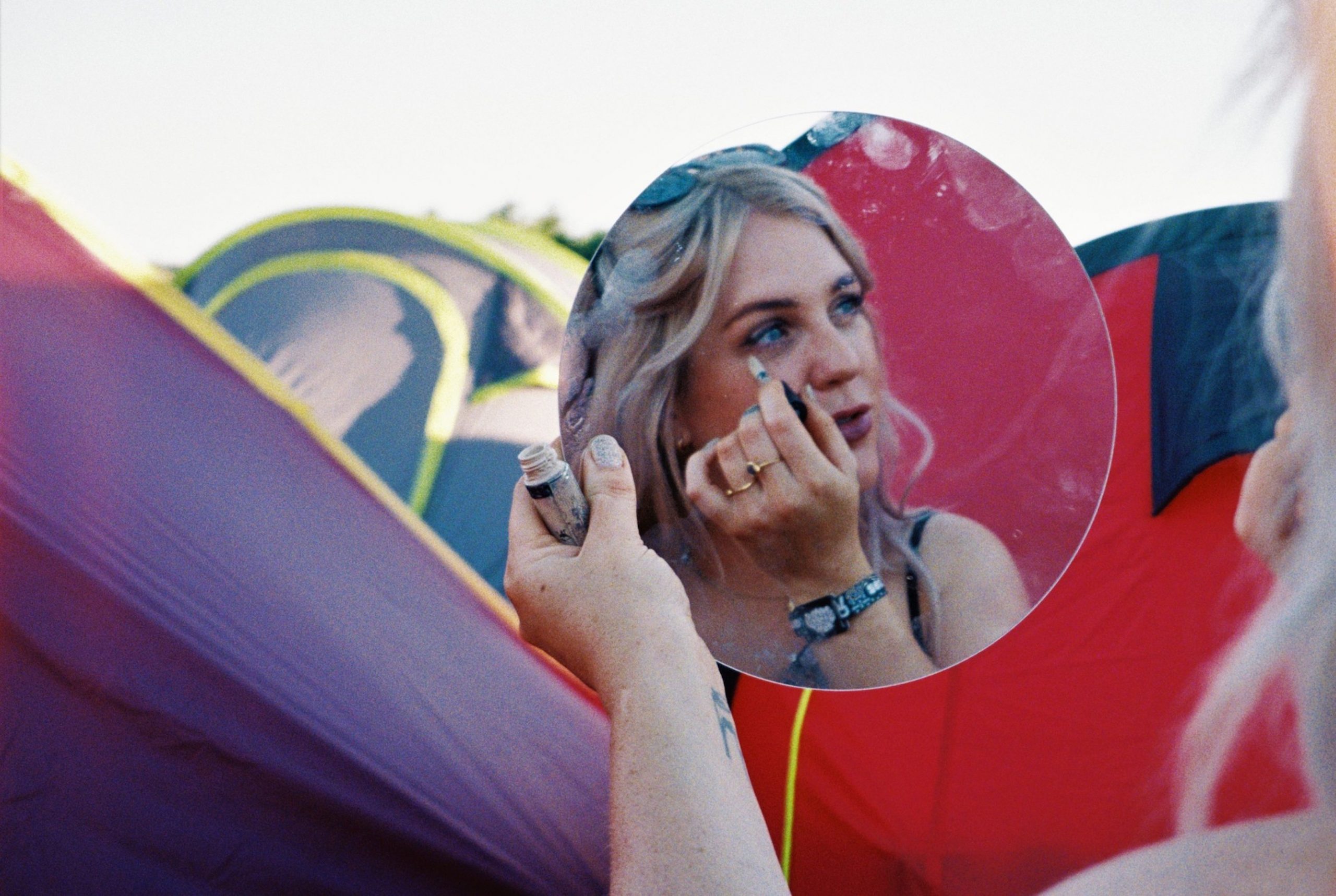 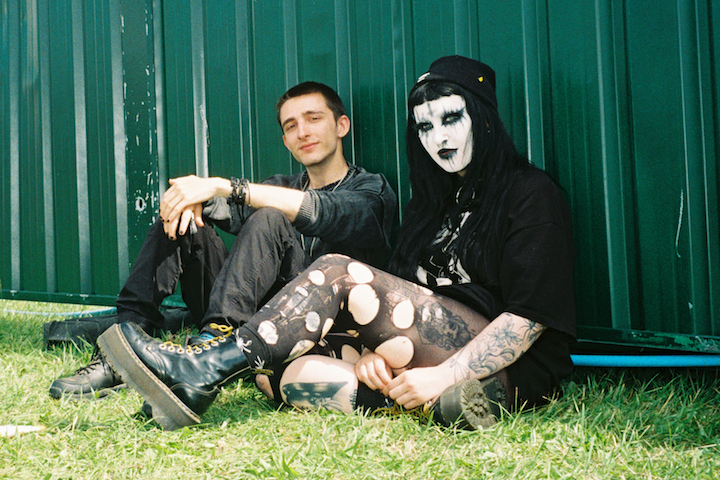 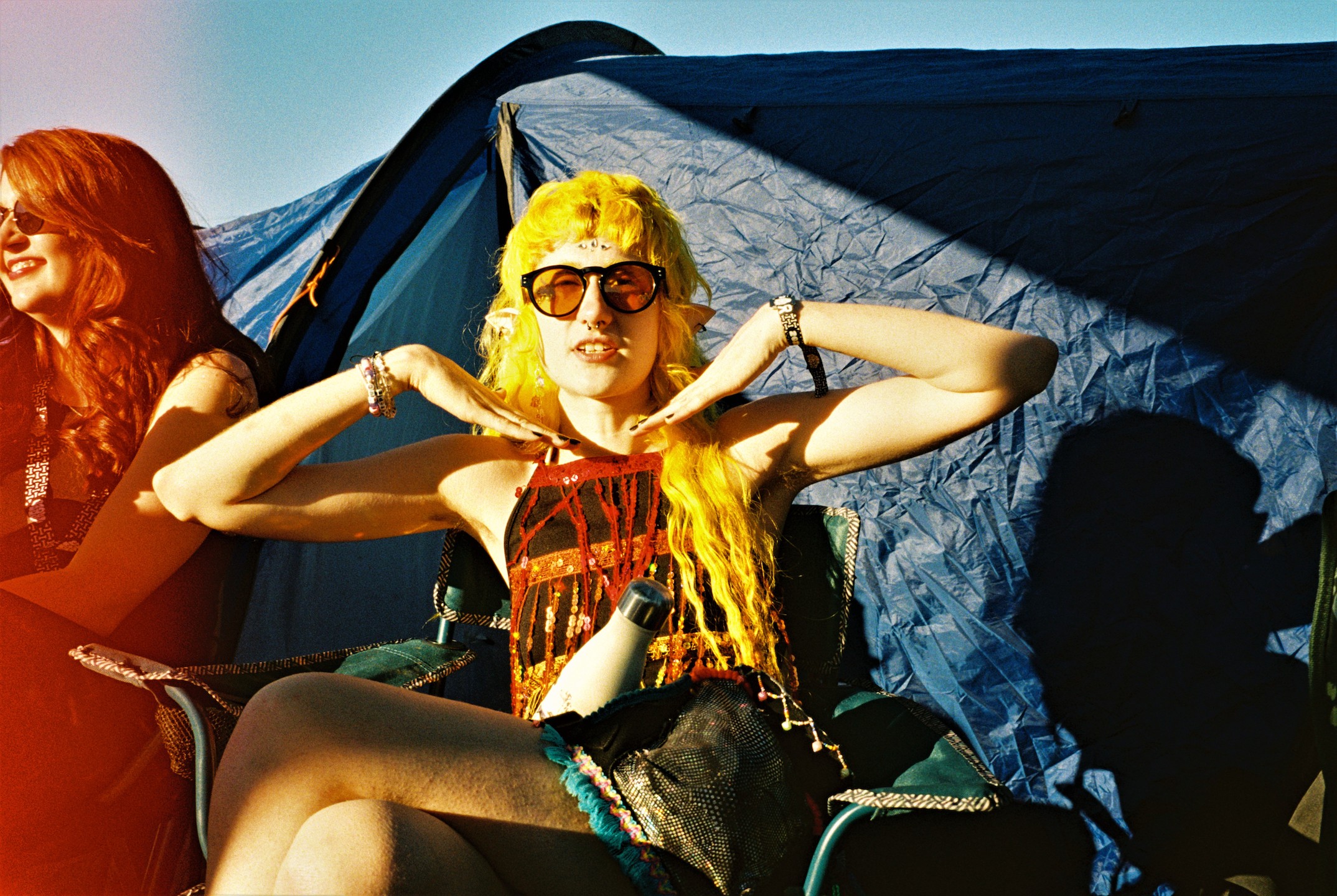 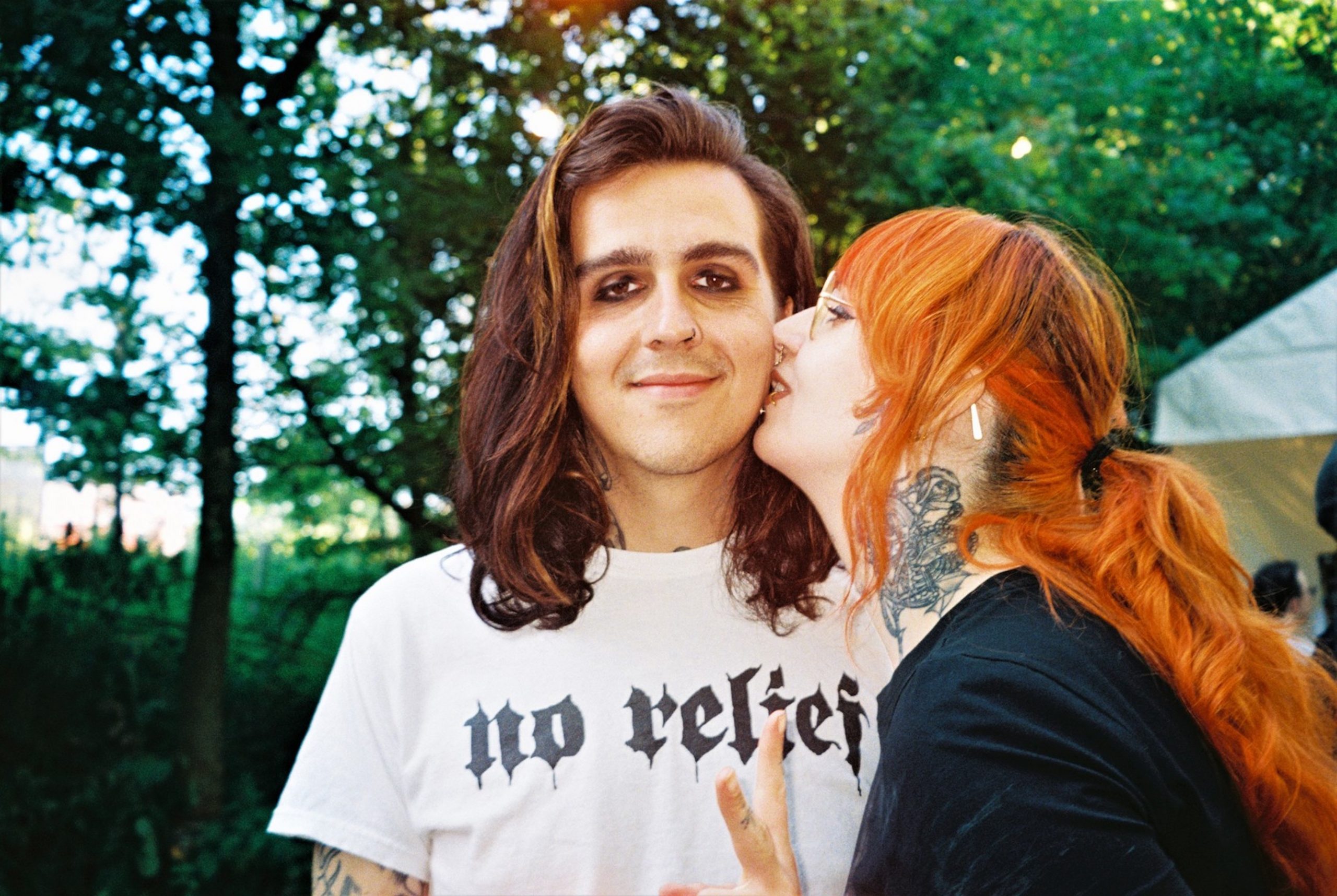 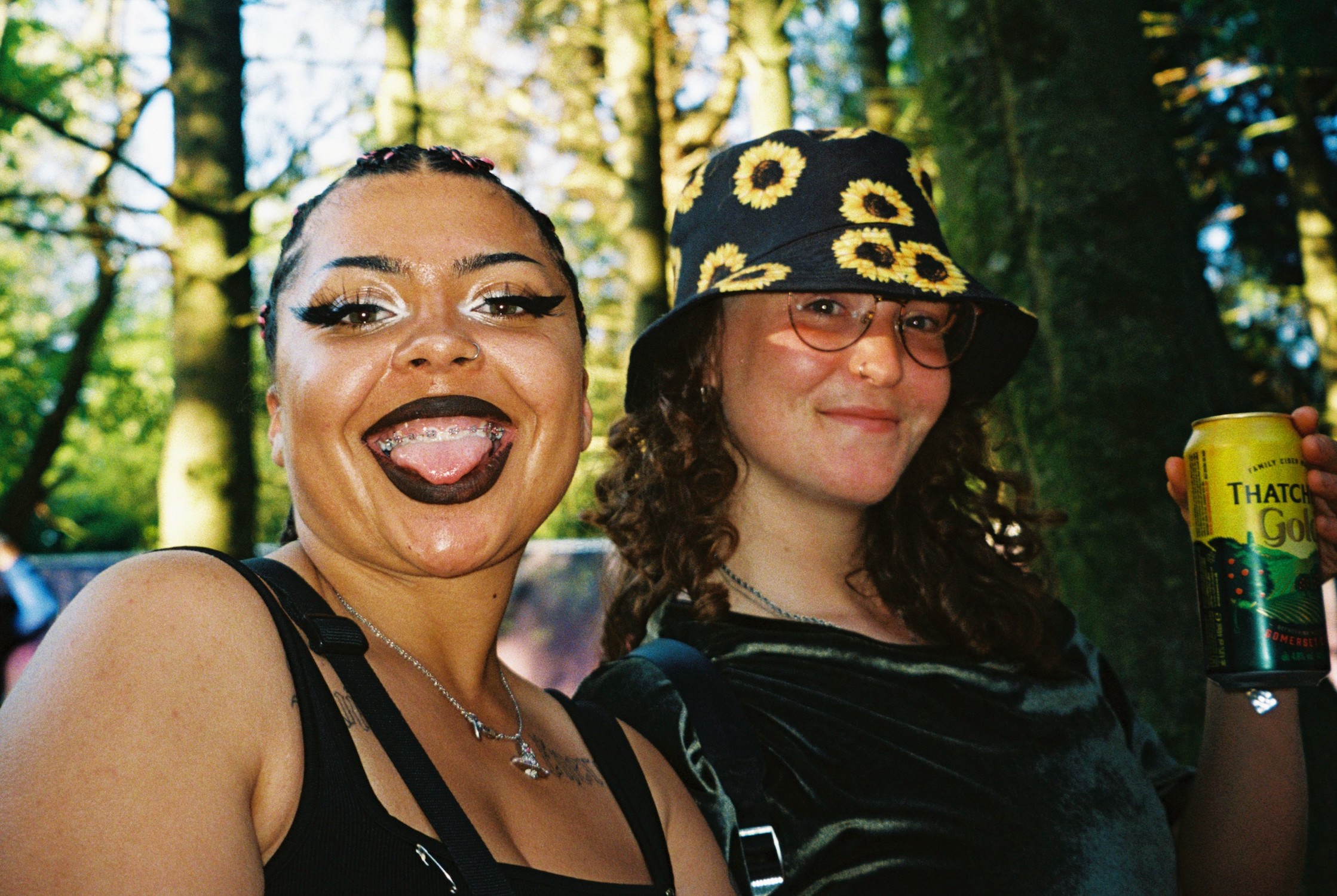 Linkedin
RELATED ARTICLES
OTHER ARTICLES
Photojournalist Fiora Garenzi spoke with people still living in Eastern Ukraine, an area which seen some of the heaviest fighting since the war began.
With the UK now set to run out of vaccines, people working in the sex industry – particularly outside of major cities – have been left especially vulnerable, reports Brit Dawson.
To mark the premiere of his new documentary on surfing giant Gerry Lopez, the filmmaker and former pro skateboarder sits down to share his unique brand of wisdom.
Protestors gathered outside Downing Street following the latest atrocities committed by Israel against Palestinians living in the besieged strip.
With the virus now a global health emergency, we must take steps to fight misinformation and demand a swift UK-wide vaccine roll out, writes Phil Samba.
The author discusses her new memoir, which offers a sobering reflection on the racism and otherness she’s experienced along with a joyful celebration of her culinary heritage.