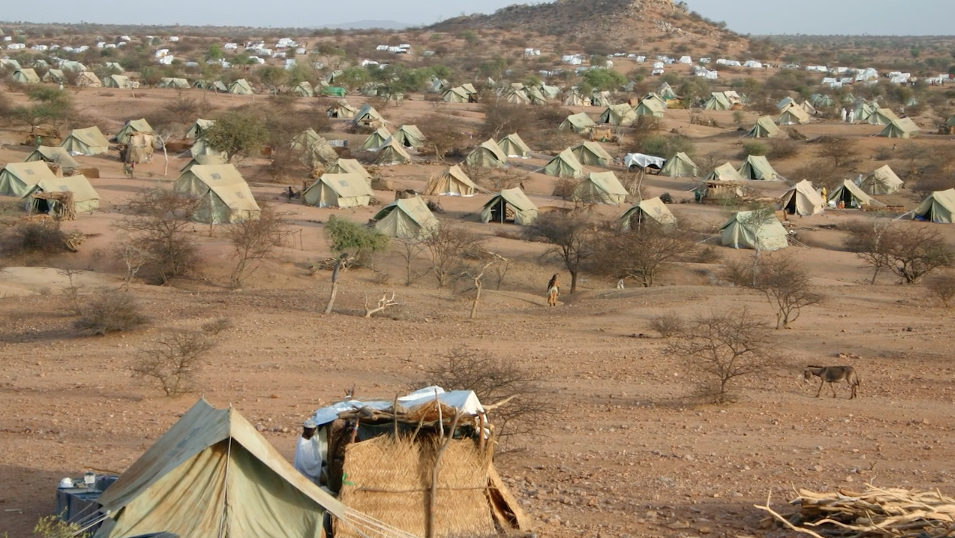 Three storytellers have found ways of shedding light on the underreported crisis of human rights abuses in Eritrea.

Under an oppressive military regime, hundreds of Eritreans are fleeing their country and making perilous journeys through Africa and beyond. Three storytellers have found innovative ways to shed light on one of the world's most underreported crises, through film, documentary and illustration.

“I had never even heard of the country until a friend mentioned it,” American musician and film director, Chris Cotter, tells me. Neither had I until a year ago when I sat down in a north London pub with an impassioned media spokesperson for Save the Children. Over a glass of red wine, she told me about the human rights abuses happening in a little known country in the horn of Africa. A country called Eritrea.

At the end of last year, half of Eritrea’s 6.3 million population had fled the country. It’s a refugee crisis on a monumental scale. President Isaias Afewerki’s oppressive regime leads people to risk crossing the border into Sudan or Ethiopia where refugees risk being trafficked, kidnapped and killed.

In 1935, during WWII, Italy invaded Ethiopia through Eritrea and Ethiopian rule over the country began. In 1961 the fight for Eritrean independence began resulting in civil war. When independence was granted in 1993, a military group known as the People’s Front for Democracy and Justice, led by Isaias Afewerki, took control. Afewerki imposed indefinite military conscription, imprisoned journalists and shut down independent newspapers. People go missing and are imprisoned for no reason. A United Nations Commission of Inquiry on Eritrea concluded in 2015 that the Eritrean government engages in “systemic, widespread and gross human rights violations” carried out in a “context of a total lack of rule of law.”

Save the Children have run several campaigns to raise awareness and funding for Eritrean refugees but the country’s crisis barely reaches the mainstream media. There is no freedom of press in Eritrea and foreign journalists have been banned from entering since 2007. Earlier this week, an Eritrean whistleblower and blogger, known as Samuel, made headlines in the British press for his Facebook page, SACTISM, where he is trying to disseminate information about his government’s abuses. Despite this, Eritrea remains hugely underreported. With a lack of straight news coverage coming out of the country, storytellers and activists are finding innovative ways to raise awareness – from films to documentaries to comics. 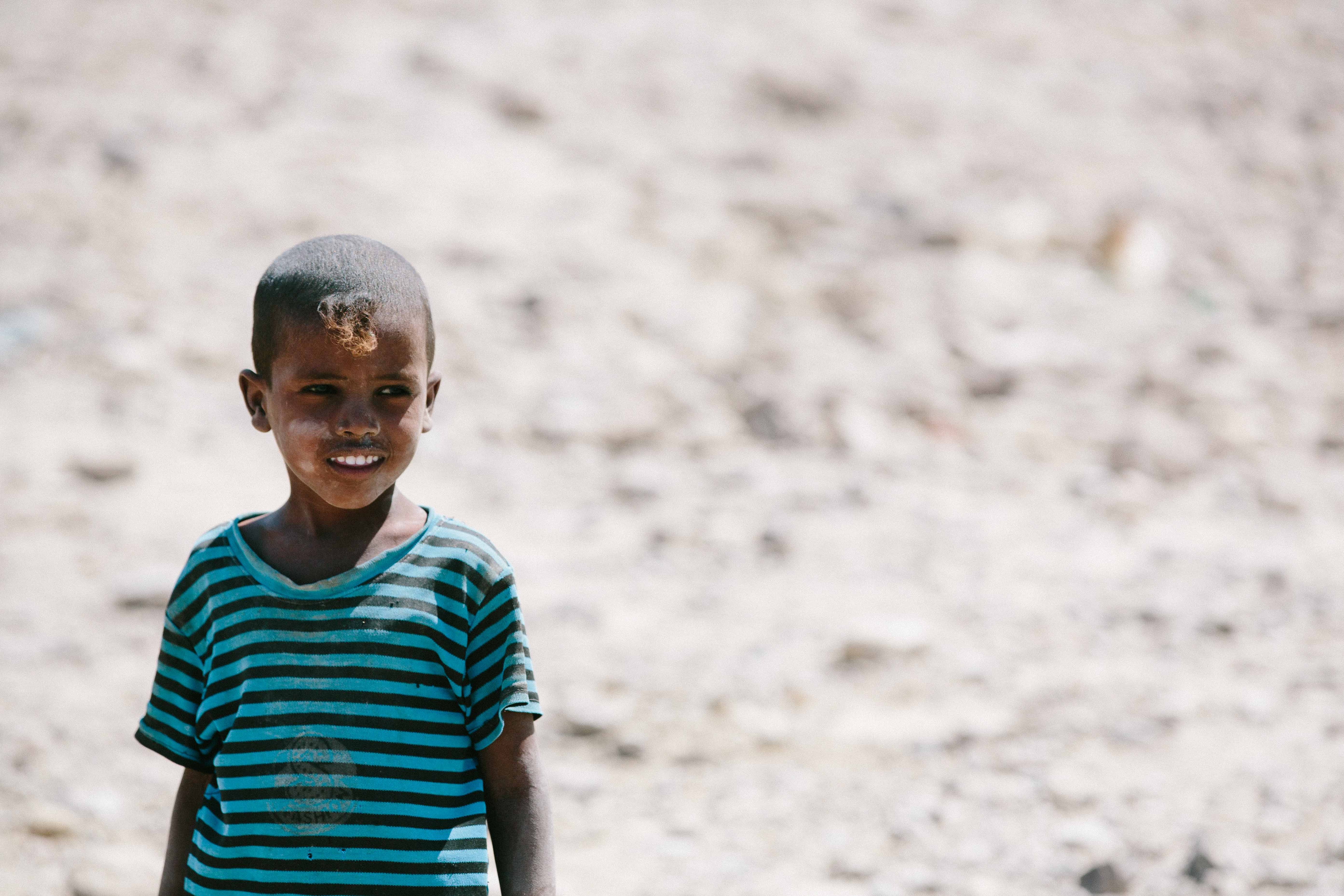 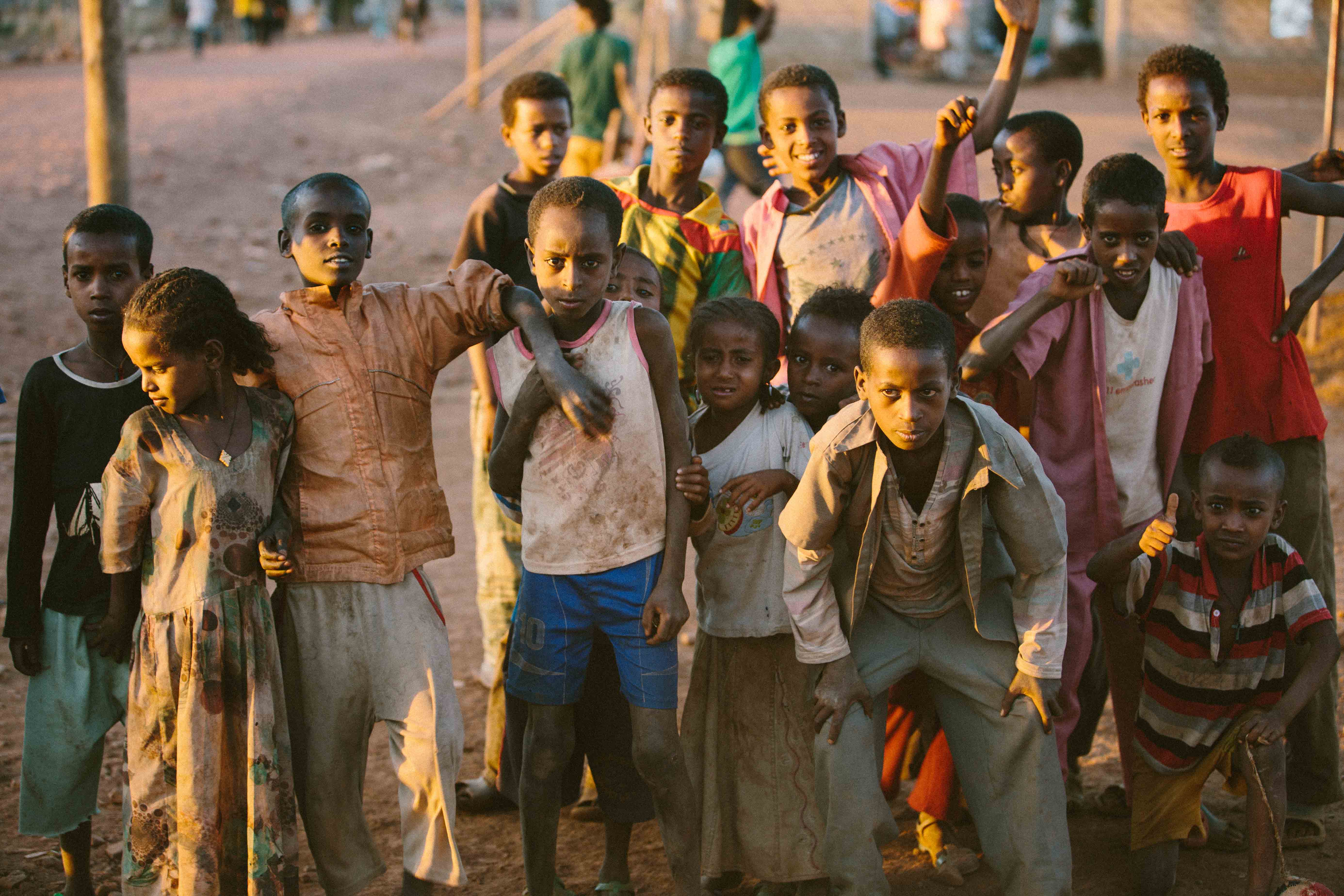 Last week, Chris Cotter and his production company Tailor Made Media released their latest film, Refugee: The Eritrean Exodus, for sale. The film tracks one of the refugee routes out of Eritrea – through Ethiopia to Israel. Chris and his team visited several refugee camps in the north of Ethiopia, conducting over 50 interviews: with refugees, social workers, NGOs and politicians. But the result is something more than your standard doc.

“The film was created for Americans like me”, says Chris. “I didn’t want people to flick straight past a dry documentary, I wanted to make a film that you can enjoy and also learn something. And I think this style is working.”

The film’s style is to mix interviewing and reporting with graphic reconstructions of people’s stories. It’s both harrowing and beautiful to watch. Many stories are similar – people leaving due to forced military conscription, random imprisonment, government authorities conducting random beatings and killings, mysterious disappearances. Once over the border, problems include trafficking, lack of provisions and being treated like shit. 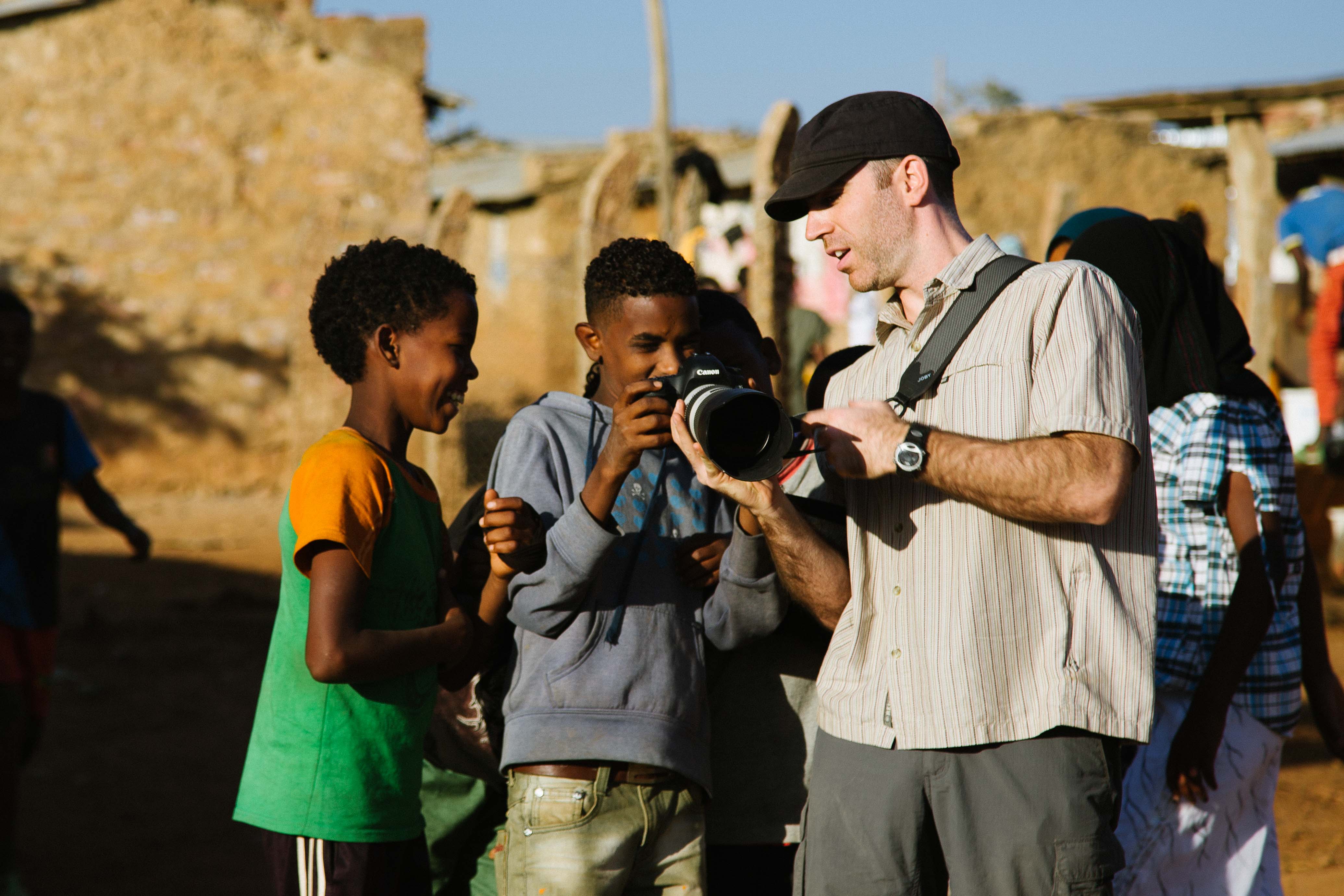 “One story that stuck with me was the kid, Teklit, who I interviewed”, remembers Chris. “He was 10 when he left Eritrea all by himself and he had been in the refugee camp, Mai Aini – in the north of Ethiopia, for four years.”

“There are so many children with so many problems,” you can hear Teklit saying through a translator in the film. “Nobody helps us. We need somebody to look after us.” 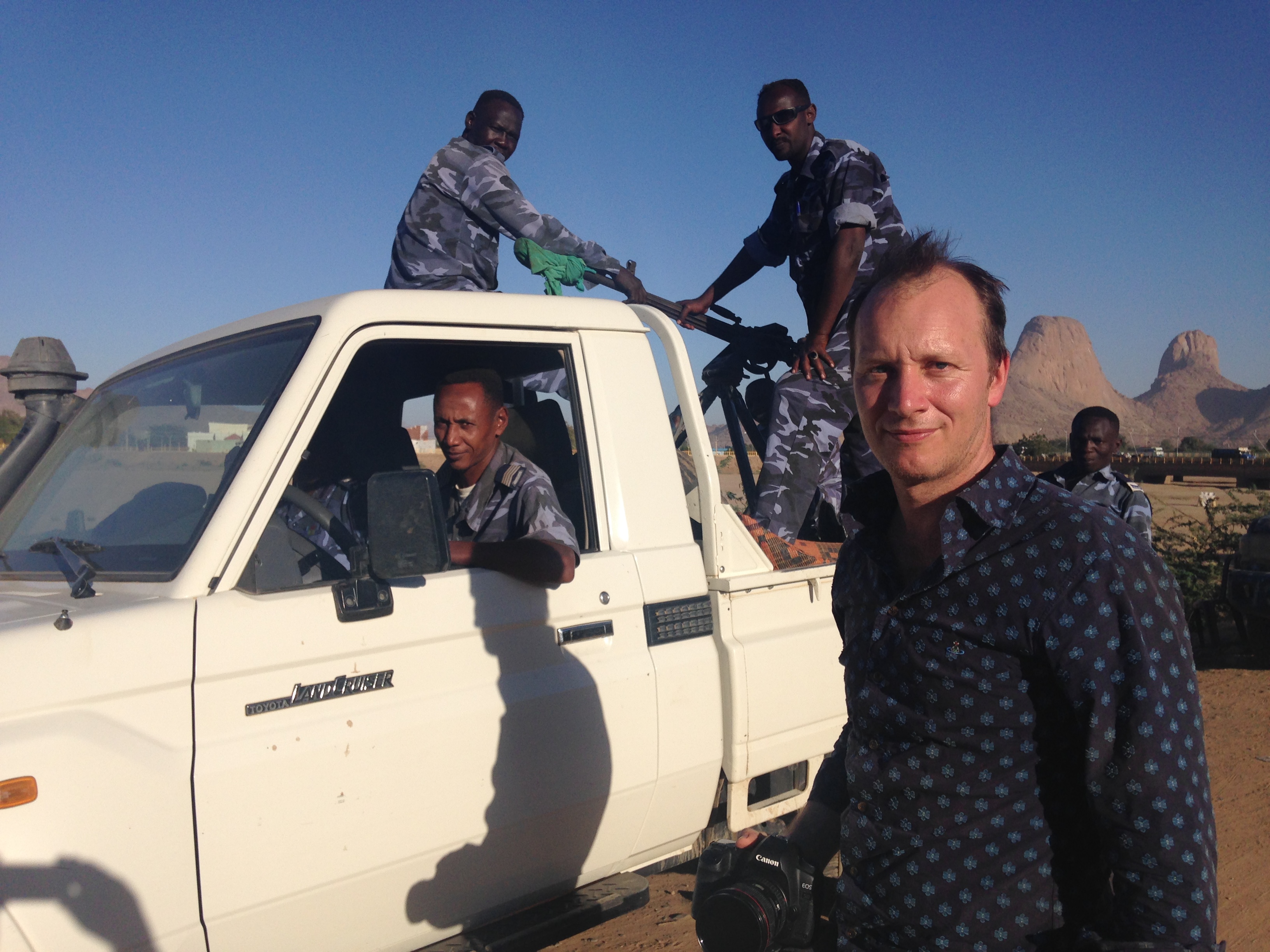 Paul and the Sudanese patrol

Tracking another common route out of the country is Paul Kenyon’s 2015 BBC Panorama documentary, Children of the Great Migration. Children as young as seven years old are leaving Eritrea and making the treacherous journey through Sudan and Tripoli and on to Sicily on their own. It was this route that the British journalist and his team travelled, interviewing 20 Eritrean refugees in camps across Sudan along the way.

Children of the Great Migration also contains footage at the borders and Paul even talked his way onto a night ride with the Sudanese border patrol. Elements like this allow the audience to appreciate the complexity of the situation in Eritrea and on the migrant routes. In Sicily Paul interviewed two smugglers. Both boys were just 15 years old. “We’re not going to turn them over and say how dare they smuggle people into the country,” Paul tells me. “We’re going to say, these people are victims too.”

Speaking to Paul, it is evident that there are similarities with some of the technical difficulties that Chris faced in documenting this crisis – restricted access to the refugee camps, people’s fear that they will be killed by the regime if they appear on camera, and a huge resistance to filmmakers in Eritrea itself. 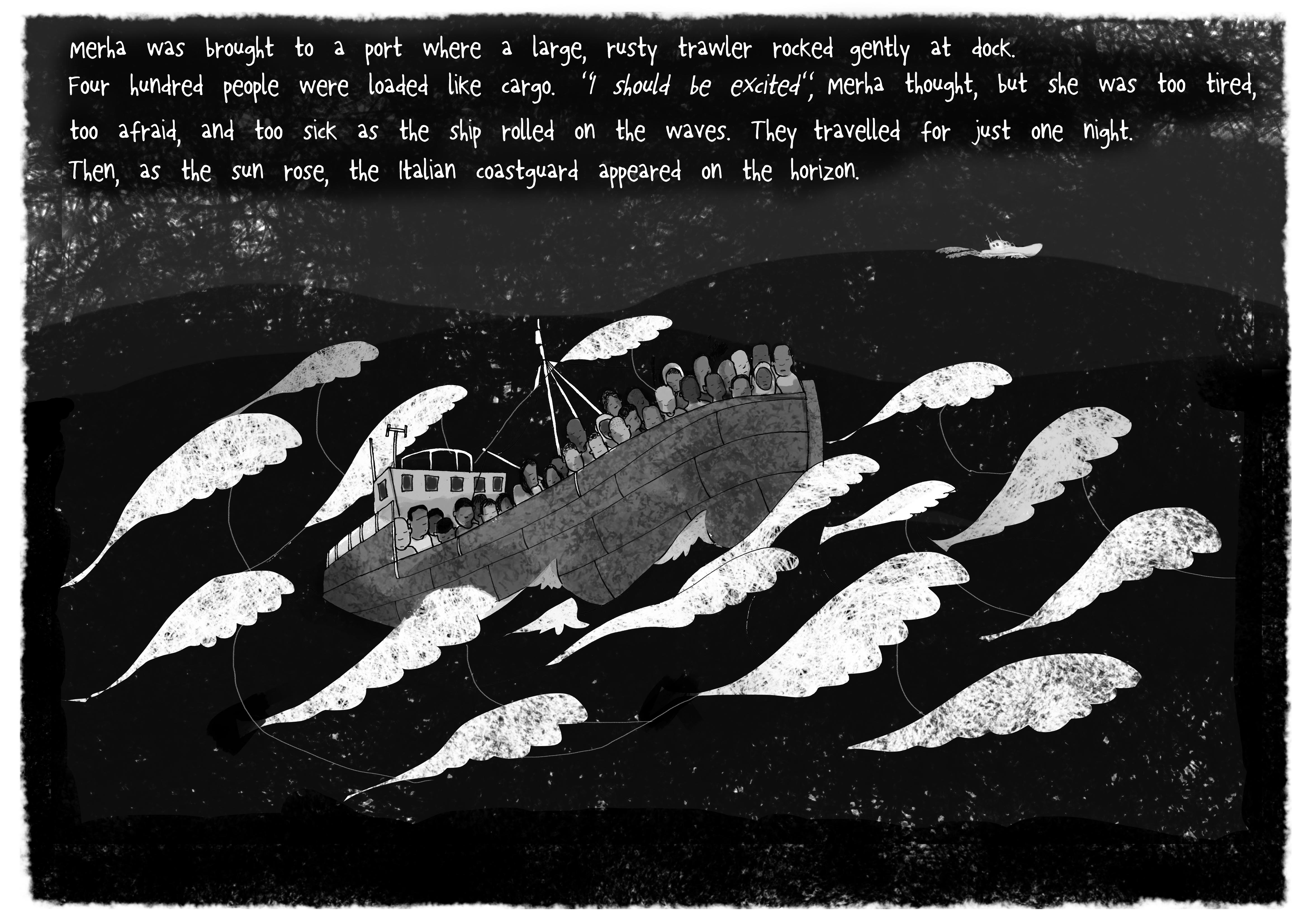 British Comic artist, Benjamin Dix, has tackled issues of access by approaching the crisis via another medium. Published earlier this year, his comic, Fleeing into the Unknown, turns a testimony of an Eritrean woman in Europe into a graphic-style narrative. The reader follows the journey of Merha from her home in Eritrea, into Sudan, Libya, Italy, France and to England.

“Graphic narratives can take you into spaces that other mediums can’t,” says Benjamin. “With an illustrated narrative you can draw and show what Merha’s life was like in Eritrea, how she got to Ethiopia, the sexual violence, the trafficking issues all the way through Africa and then coming across on the boat, instead of just showing Merha arriving in Europe.”

Another aspect that Benjamin believes the graphic medium draws upon is its ability to engage the empathy of its audience. “There’s a lovely simplicity to the drawings that it breaks down all that othering of skin colour, of hair type, of affluence and it just becomes a very human story,” he says. 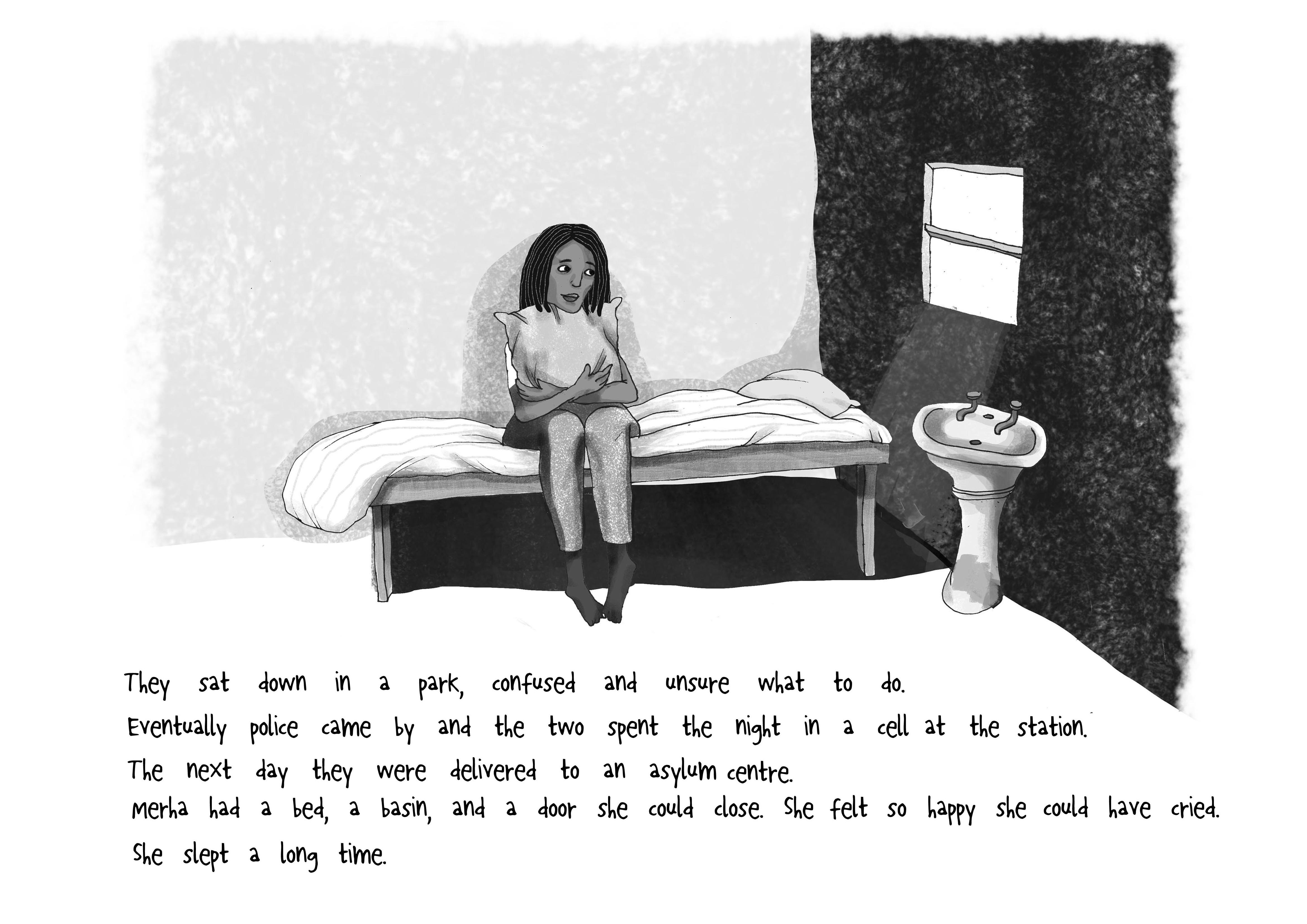 “I have a very privileged space on this planet by being a white British male”, Benjamin concludes. “But it’s about using that position to be able to give voice to people like Merha. It’s about telling her story and that’s the really important thing.” His sentiments are echoed by Chris. The people of Eritrea are fighting for their lives and hopefully there stories will continue to be told.

Linkedin
RELATED ARTICLES
OTHER ARTICLES
The situation in Afghanistan remains dire, with many groups facing persecution at the hands of the Taliban.
Members of the collective share some of their reasons to run as part of #UnitedBySummits, a campaign that looks to uncover transformative power of the outdoors.
A new documentary explores the government’s efforts to quash the protest movements of the late ‘60s by any means necessary.
The revered showbiz chronicler recalls his journalistic beginnings, documenting subcultural scraps in the ’80s.
While protests over abortion rights rage in the US, access to abortion services is still almost nonexistent in parts of the UK.
Over the weekend, London locals came together to resist a pre-planned police raid targeting delivery drivers.