Art & Culture / In search of the ‘white vampires’, deep in the Tanzanian mountains 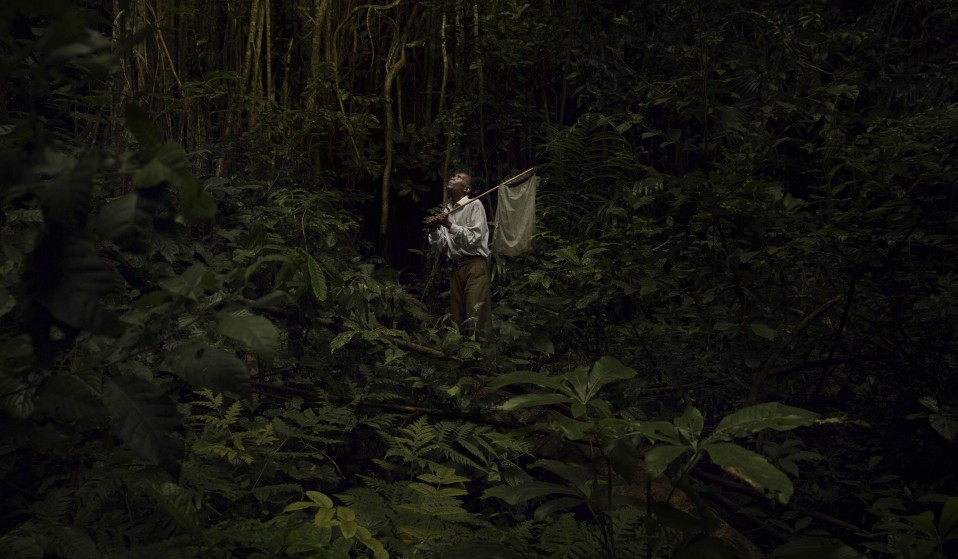 Far into the mountainous jungle of Tanzania, an old building filled with creatures and curiosities sits in limbo, once frequented by 'white vampires' of the past.

Far into the mountainous jungle of Tanzania, an old building filled with creatures and curiosities sits in limbo, once frequented by 'white vampires' of the past.

“Life is not what one lived, but what one remembers and how one remembers it in order to recount it.” So says Gabriel García Márquez, magic realist muse of photographer Evgenia Arbugaeva.

Originally from Siberia, Arbugaeva graduated from the Documentary Photography and Photojournalism programme at New York’s International Centre of Photography. “I’m drawn to people who live in remoteness and people who are really focused on what they,” she explains, when I ask why her work so often focuses on isolated protagonists.

Nostalgia forms the foundation of her latest body of work, in which she captures the recounted memories of Amani Hill Research Station, set high in the jungle of the Usambara Mountains, Tanzania. Originally established by German colonists as a botanical garden, after World War II it became a British malaria research institute. But since 1979, when the malaria institute was relocated, Amani has been left in a state of semi-abandon. 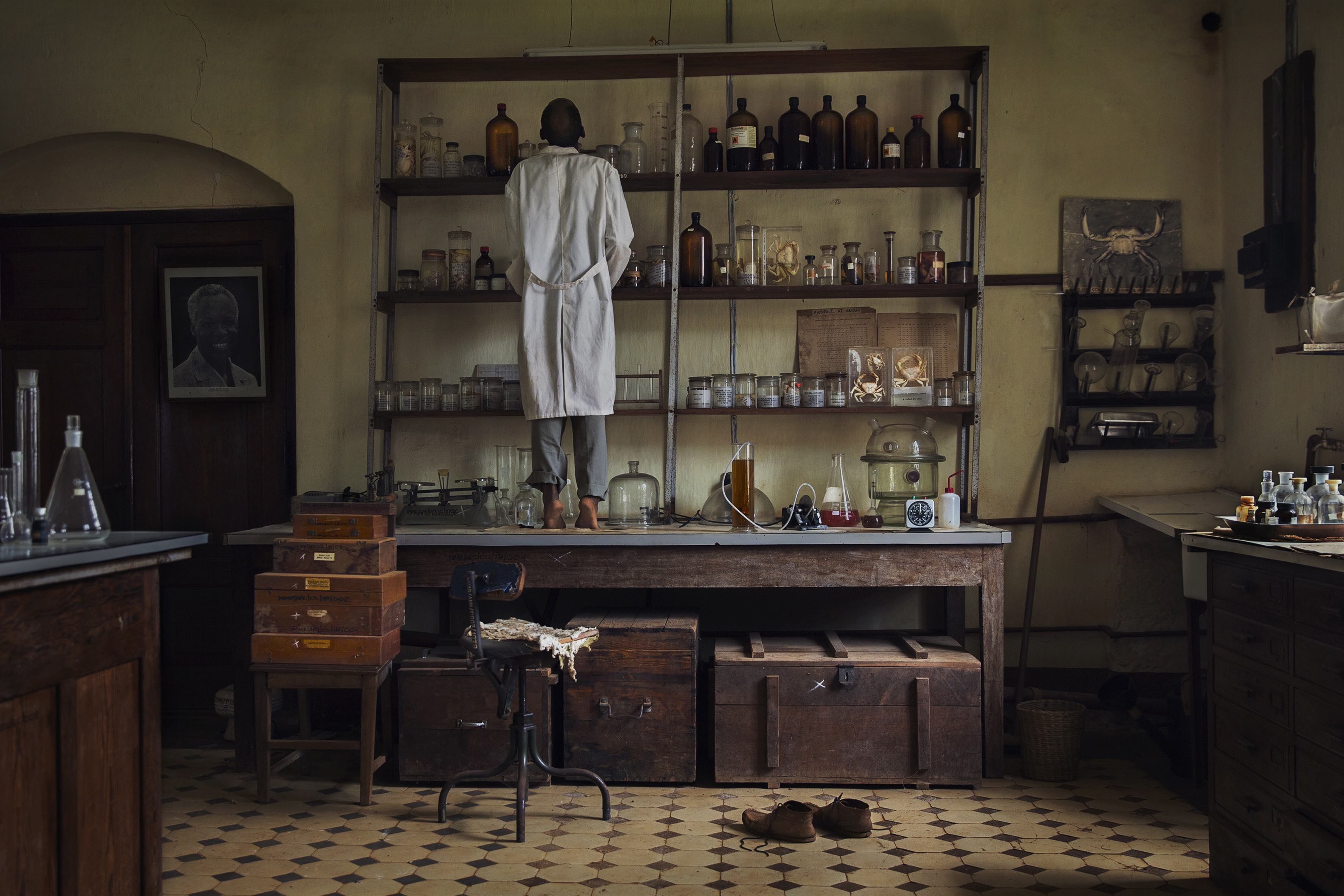 Stuck between the past and present, the site became of interest to Norwegian anthropologists studying scientific stations from colonial periods, and the memories, expectations and dreams that still linger. Holding a conference on the subject, they invited Arbugaeva to be a speaker, since they wanted an artist’s perspective on the work.

“They told me about Amani, and I thought it was a really fascinating story,” she says. “I found it amazing how people put so much time into studying dreams and nostalgia, and this is what I do in my work, so I thought it would be a perfect match.”

Like the jars of animal specimens still lining the shelves of the labs, the institute is frozen in time, preserved by the stories of the assistants employed to maintain the site in case it has a future. Generations of mice continue to be bred, ready for the next big discovery.

Back when the institute was functional, local Tanzanians were employed as assistants too, trekking up the hill to enter a surreal world the British built, Arbugaeva explains. “They would have to dress up with fresh shirts and enter this realm of knowledge and silence,” she continues. 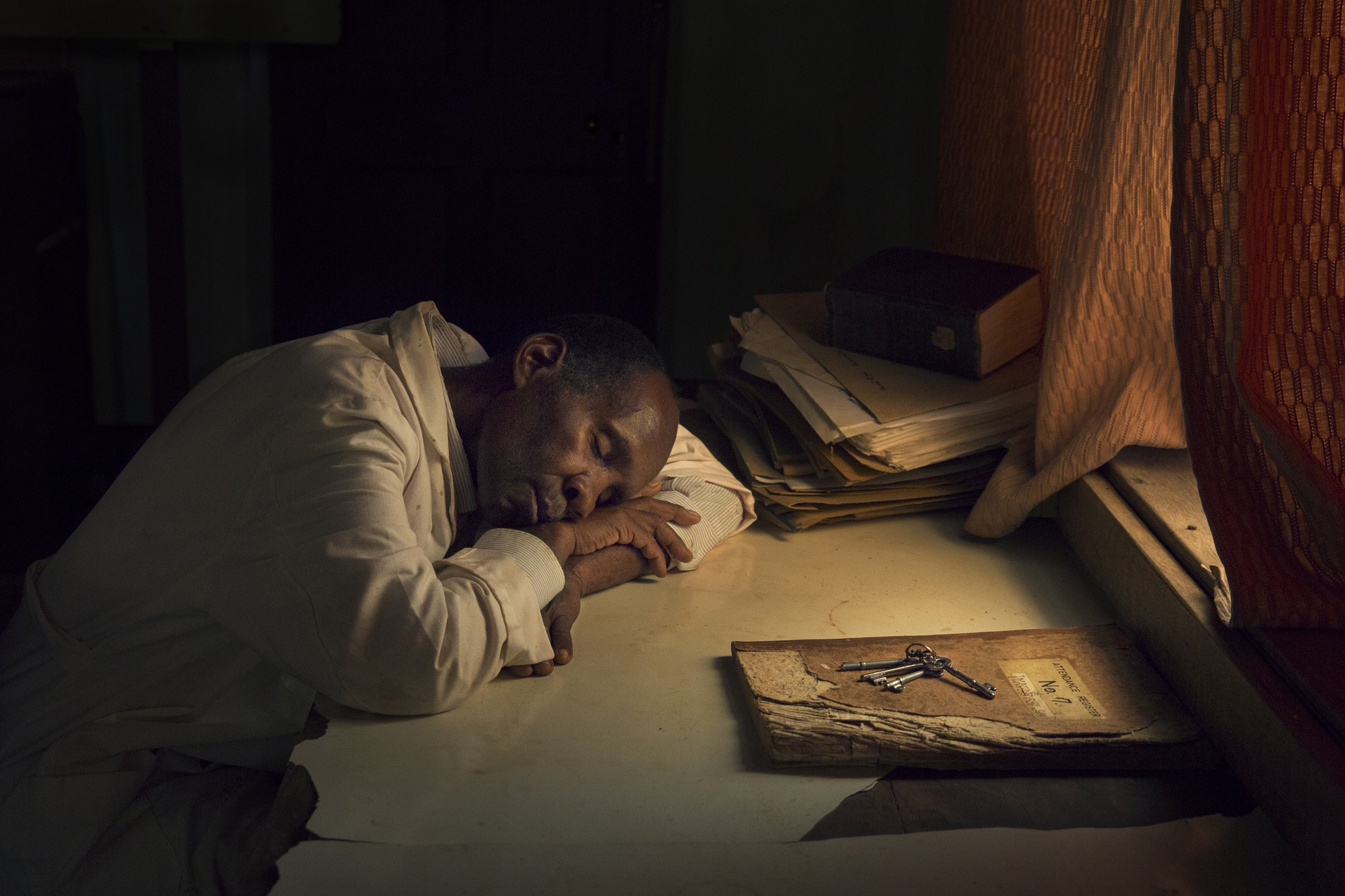 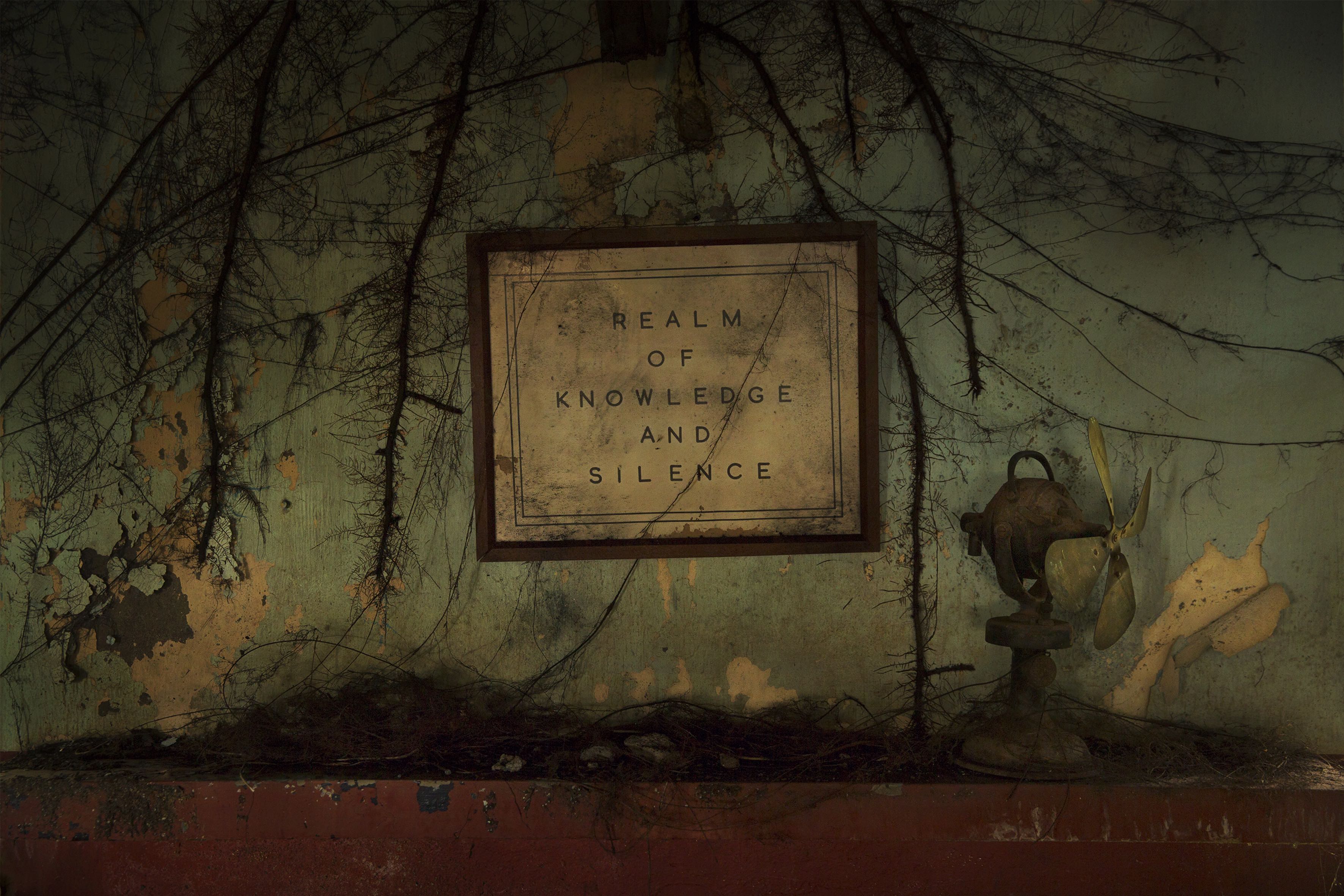 “Through one person you can tell the story of the whole world,” she suggests, and in this project she makes no exception. John Mganga is a former assistant of British entomologist John Raybould, and it’s through his gaze that the mystical building is discovered and explored.

Through speaking with Mganga, Arbugaeva was able to learn more about the station’s rich history. He recounted how his former boss was married at the institute, how each day he insisted on drinking tea at 5 o’clock in what was nothing short of a ritual.

Attempted murder was also amongst his recollections. According to Mganga, a strange tension began to develop between the scientists and some members of the surrounding community back in its heyday, due to studies being understood as dark magic.

“They would go round at night, since that’s when malaria is active, and would take blood samples from local people,” she tells me. “They thought [the scientists] were performing sinister rituals. Some of them were thinking they were magicians making potions in their lab. The researchers came to be known as white vampires in Swahili. 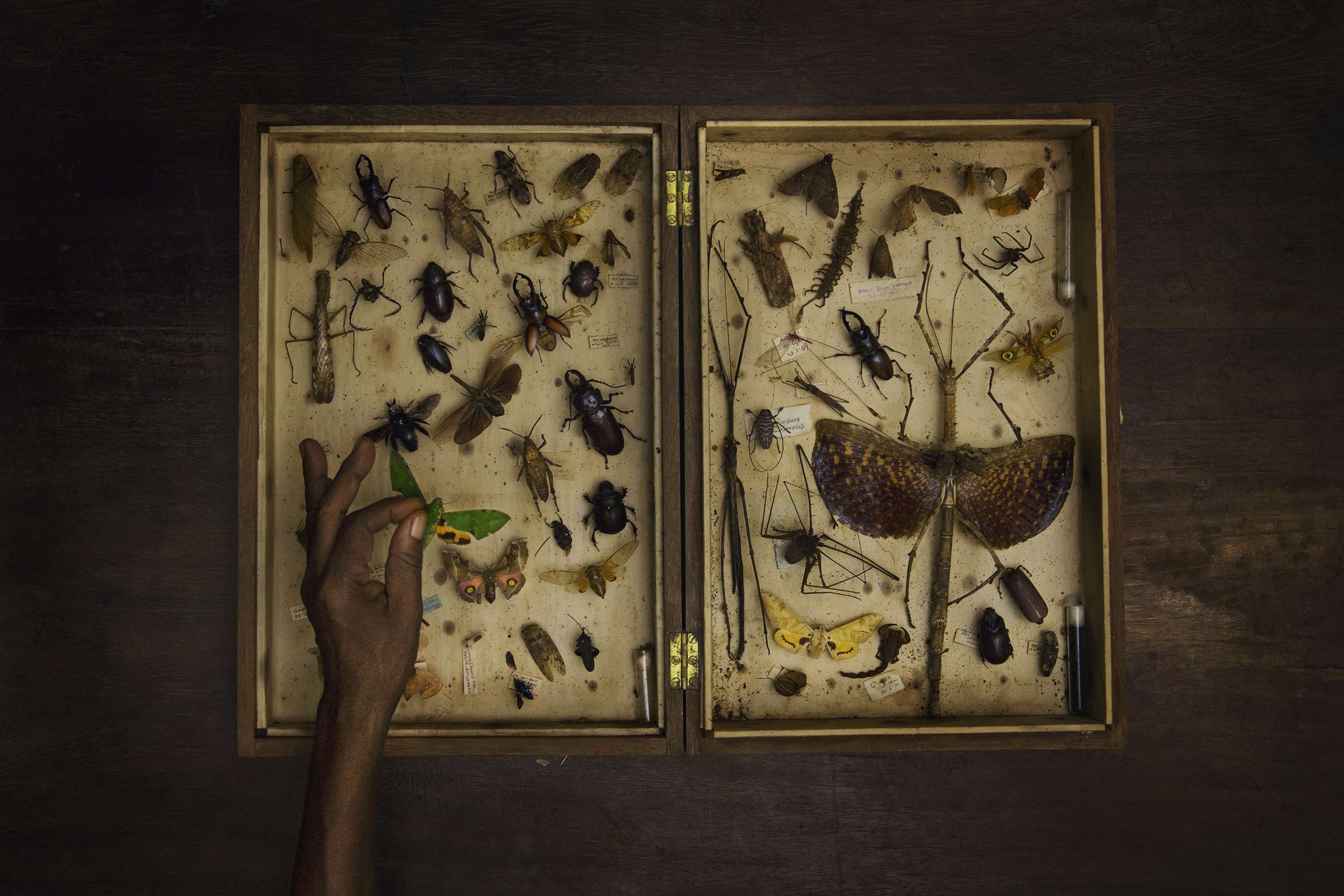 It was this eerie underbelly to the site’s history that informed Arbugaeva’s approach to capturing the centre. “There’s so much light there, but in my mind it had a darker palette so in that sense I had to make a decision when I photographed about the general tone of the series.”

She also took inspiration from her own imagination. “I took all the books that I found interesting,” she says., “and laid them around, and sat in that library on my own for hours looking through them, trying it imagine how it was back in that time,” she says.

And yet while conservation is behind every move at the institute, Arbugaeva acknowledges it may well forever exist in its current state of flux.

“Amani will never be the same again – even if scientists come back, it will be a different era, a different way of thinking about Africa,” she suggests. “It won’t be considered a living laboratory as it was, a place to make discoveries and dreams.”

Whatever the future of the centre though, she has managed to capture a moment of beauty and decay, before it fades completely into the past.

EVGENIA ARBUGAEVA: AMANI runs  5 May–18 June 2017 at The Photographers’ Gallery in London.

Linkedin
RELATED ARTICLES
OTHER ARTICLES
After news broke last week around an expected reversal of the 1973 landmark law that made abortion legal in the US, protestors gathered in the UK in support of American women.
From the Yakuza to a biker gang, Bruce Gilden recounts capturing Tokyo and Osaka in the ‘90s.
To mark the anniversary of the mass trespass of Kinder Scout, a group of hikers came together with the intent of creating a new, fully inclusive culture for rural spaces.
In the latest OFFF Dispatch, the enigmatic designer dives into his process, connecting the dots between his unique and varied creative output.
In the last of our dispatches from OFFF Barcelona, Rufus Deuchler and Vincent Gault discuss the future of creative process.
The government’s failure to take long Covid seriously has led to the formation of a group campaigning for the thousands of forgotten victims of the illness.