Art & Culture / Evocative scenes of Coney Island in the ‘70s 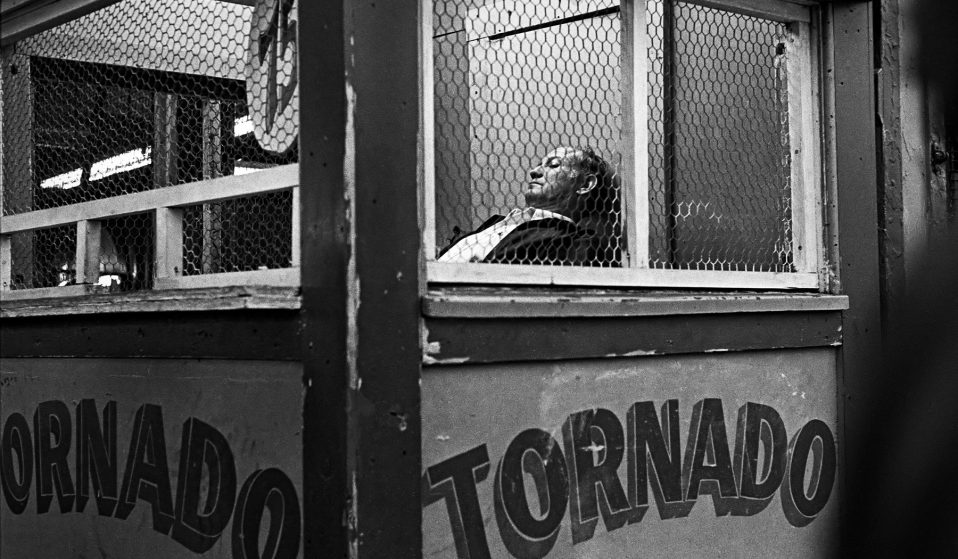 Photographer Hazel Hankin remembers spending the summer of 1977 strolling the Brooklyn entertainment destination's boardwalk, photographing the people and sights that caught her eye.

Photographer Hazel Hankin remembers spending the summer of 1977 strolling the Brooklyn entertainment destination's boardwalk, photographing the people and sights that caught her eye.

Brooklyn native Hazel Hankin can still remember the thrills and chills of going to Coney Island in the 1950s as a child, revelling in the vibrant atmosphere of “America’s Playground”. Drawn to what she describes as “a world that seemed to exist outside of normal life,” as a teenager, Hankin began hanging around Coney Island after dark with friends for late-night rides on the legendary Cyclone rollercoaster.

After graduating high school at 16, Hankin began studying art at Brooklyn College where she pursued her BA, then her MFA. Originally a painter, everything changed when Hankin, who married at 20, got divorced mid-degree.

“I didn’t have a place to paint but I had a place to put a darkroom,” Hankin remembers. “I didn’t know anything about photography. I was a blank slate. I learned photography on a 2 ¼ camera and didn’t even know about different photo formats.” 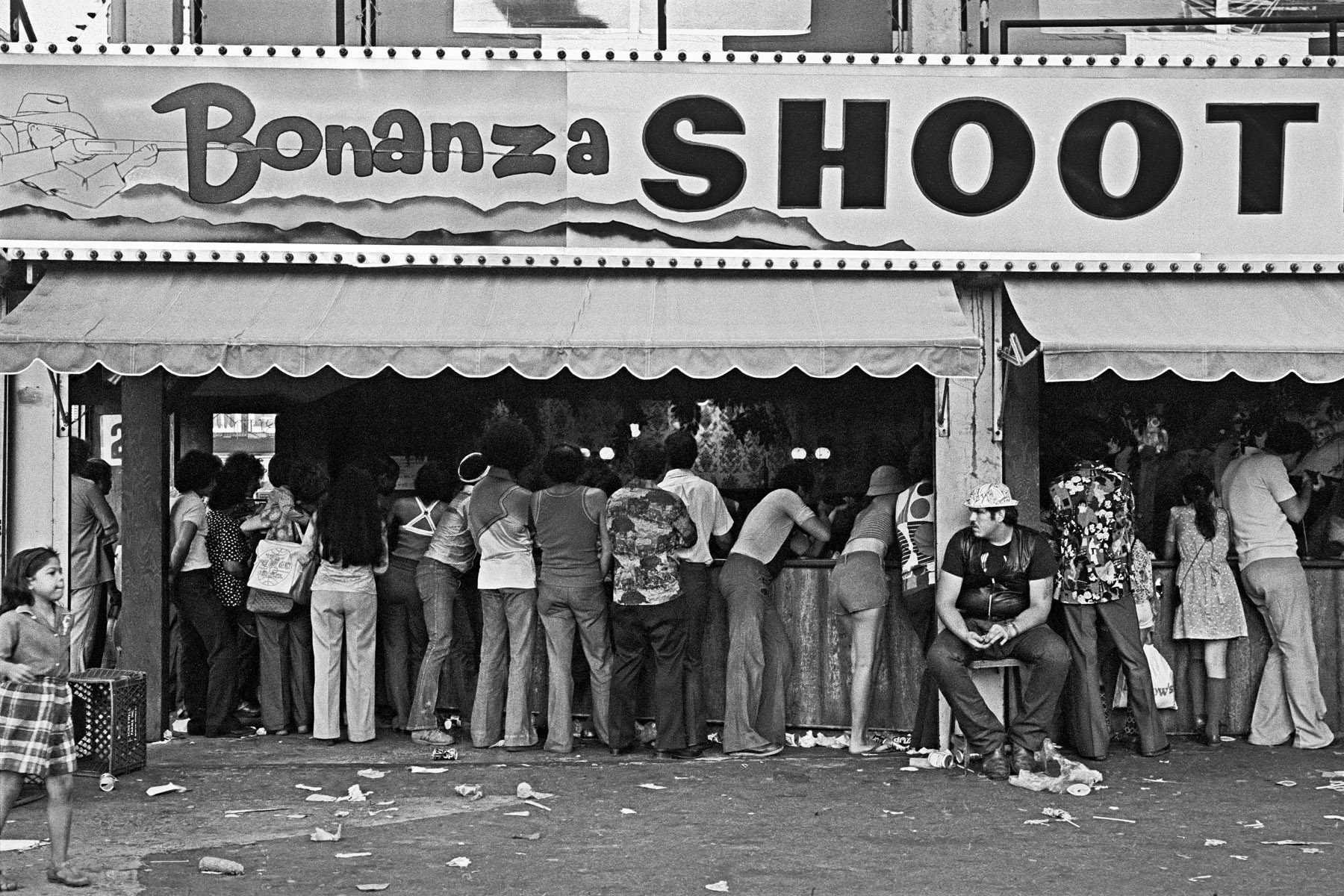 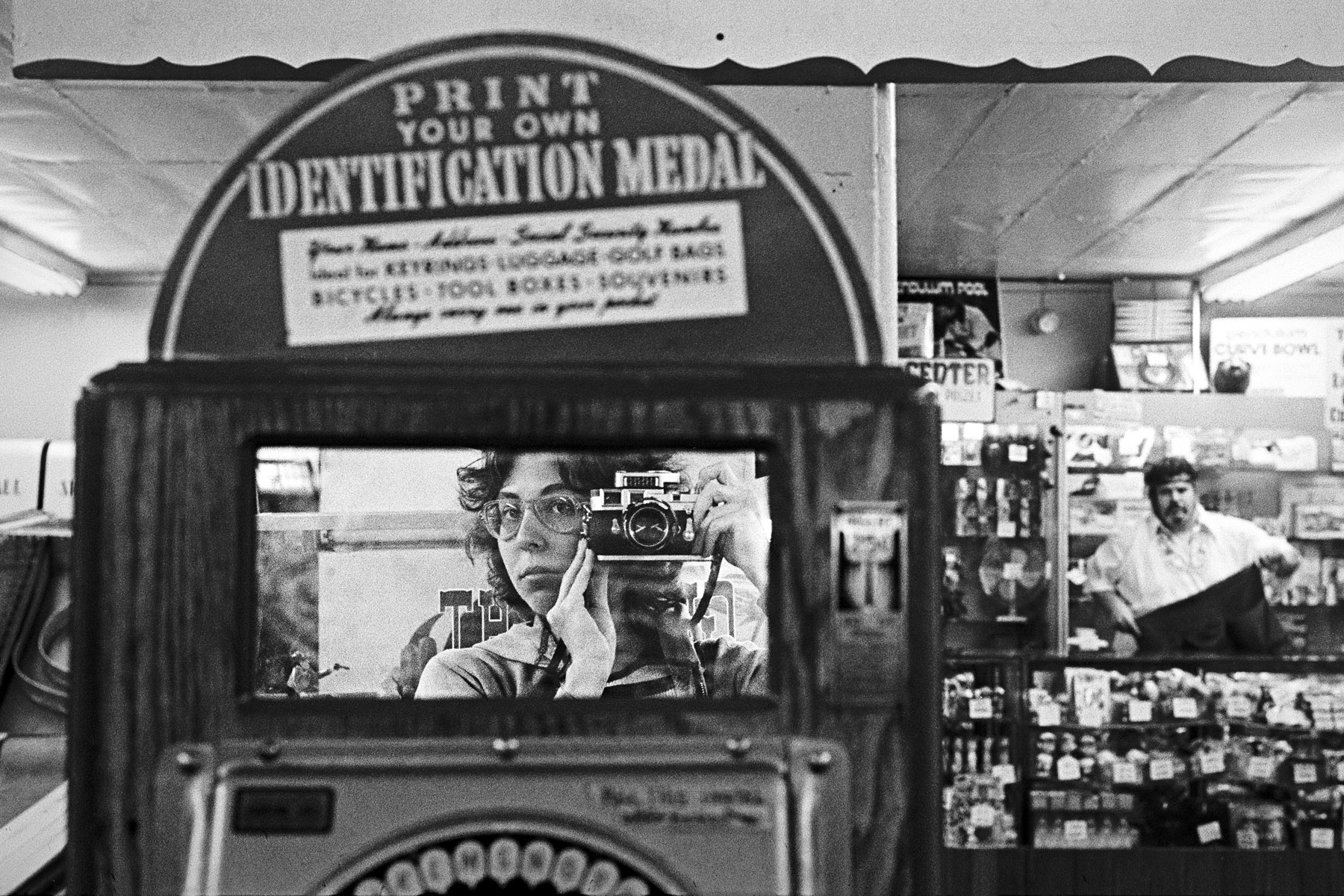 Hankin studied with New York Photo League members Walter Rosenblum and Bernard Cole, who suggested she use a 35mm camera and introduced her to a man selling used Leicas in a Manhattan office building. After receiving her MFA, Hankin decided to create a personal series of work rooted in a place to which she could frequently return.

“I immediately thought of Coney Island, because it was always part of my life as a New Yorker,” Hankin says. “I loved it for its pluck, for its funk.” Drawn to the screams and laughter wafting over the sandy shores, Hankin spent the summer of 1977 strolling the boardwalk, photographing the people and sights that caught her eye, then going home to make prints in her darkroom.

“As an adult, I had the maturity to see Coney Island was a place that was part of a neighbourhood but still this amazing carnivalesque thing,” Hankin says. “I wanted to see what was behind that façade. What I found is in the pictures: the workers, the community, the people who come to enjoy the beach and the amusement park. It’s part of the working-class culture of New York.” 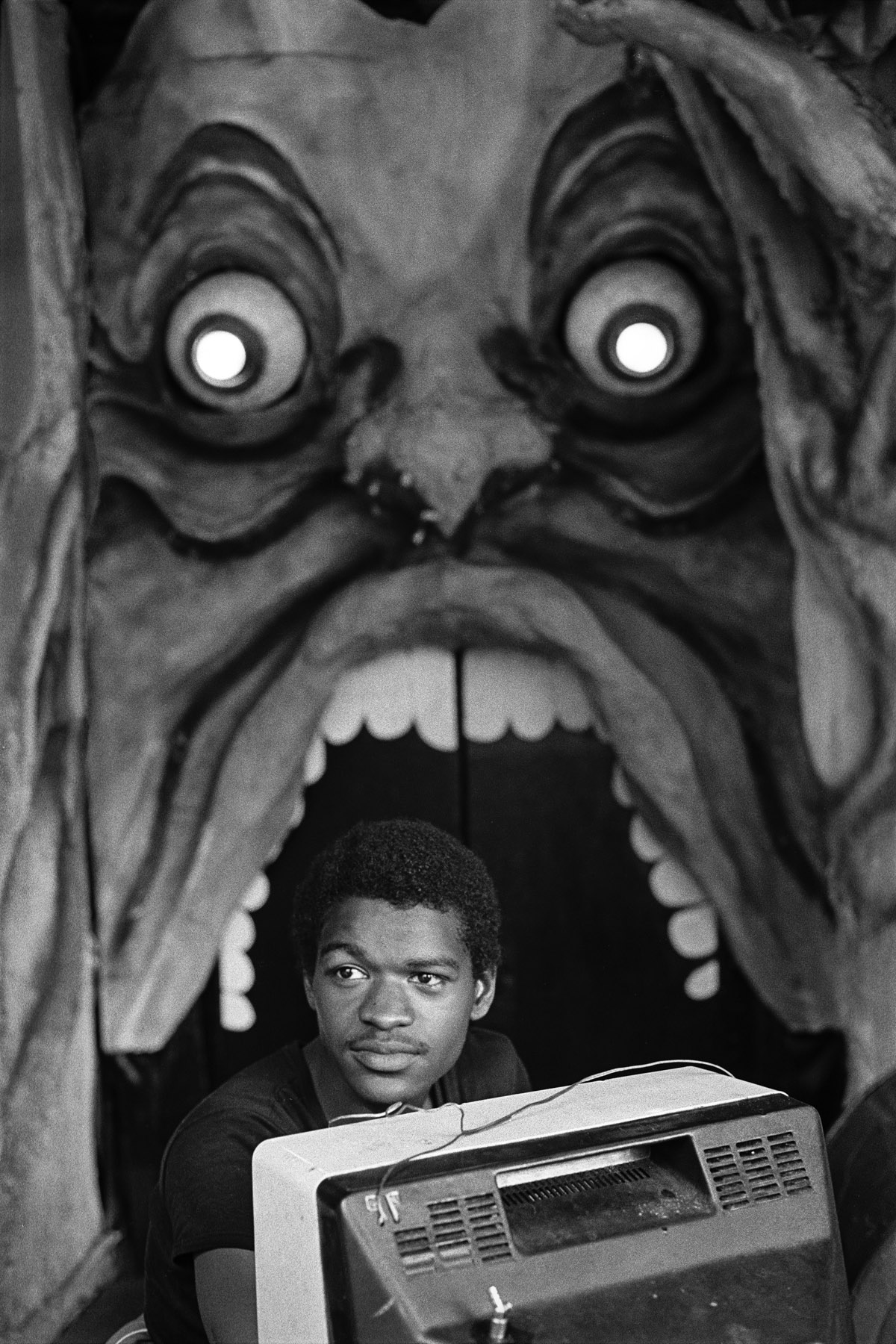 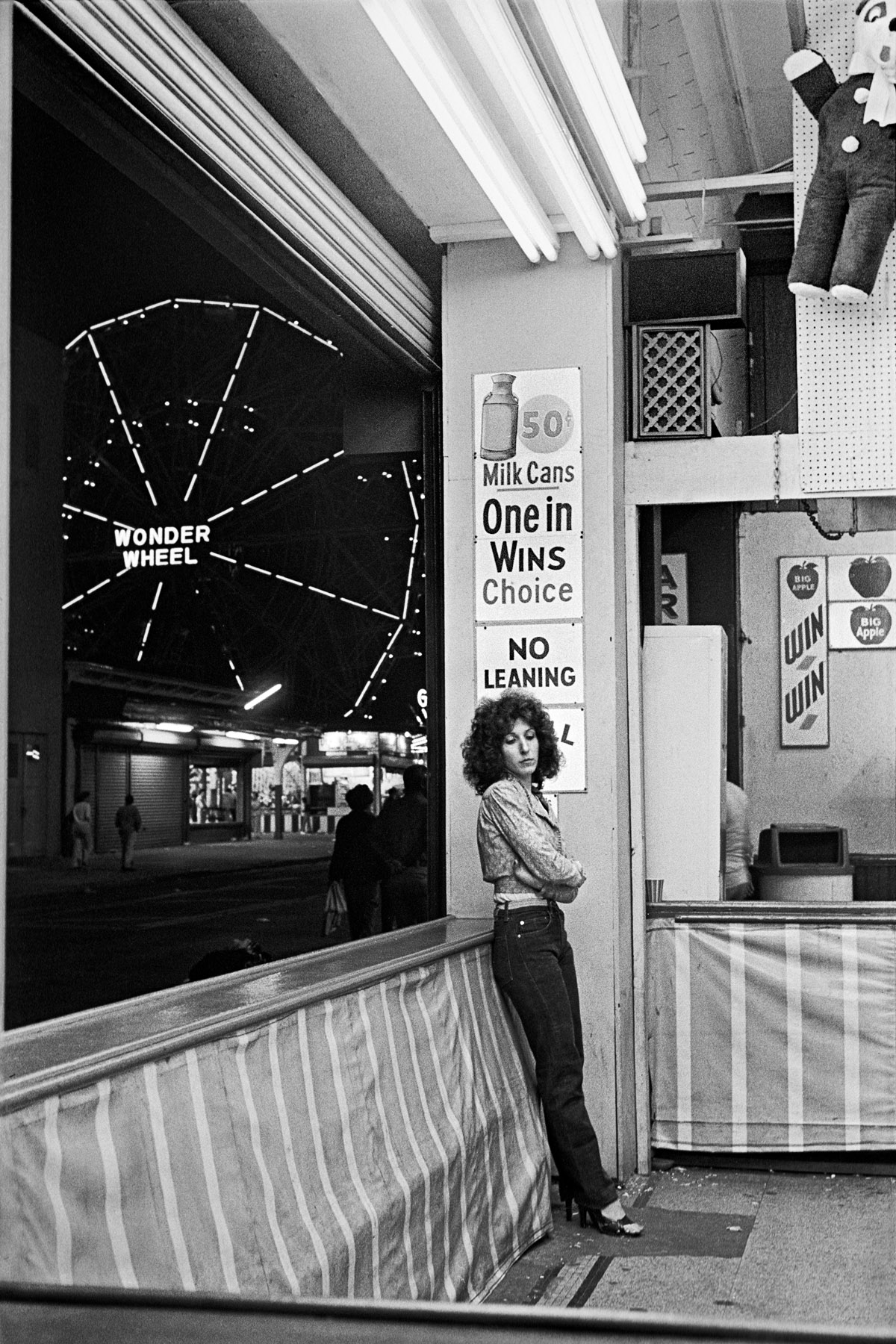 Hankin’s photographs capture the strength and resilience of the people as the city teetered upon the brink of bankruptcy. “It was the ‘70s. New York was in terrible shape and Coney Island was in decline. There’s a certain attraction for that with photography — the air of faded glory,” she says.

Like New Yorkers themselves, Coney Island perseveres, carrying on in the face of poverty and neglect. Although she was affiliated with leftist groups in the late 1960s and ‘70s, Hankin does not see her Coney Island photographs as political work. “It was an exploration. I didn’t have a construct. I didn’t think of myself as a documentary photographer,” she says.

“I still go to Coney Island to shoot,” Hankin says. “It’s still the people’s playground, filled with working-class people and that’s what I love about the place.” 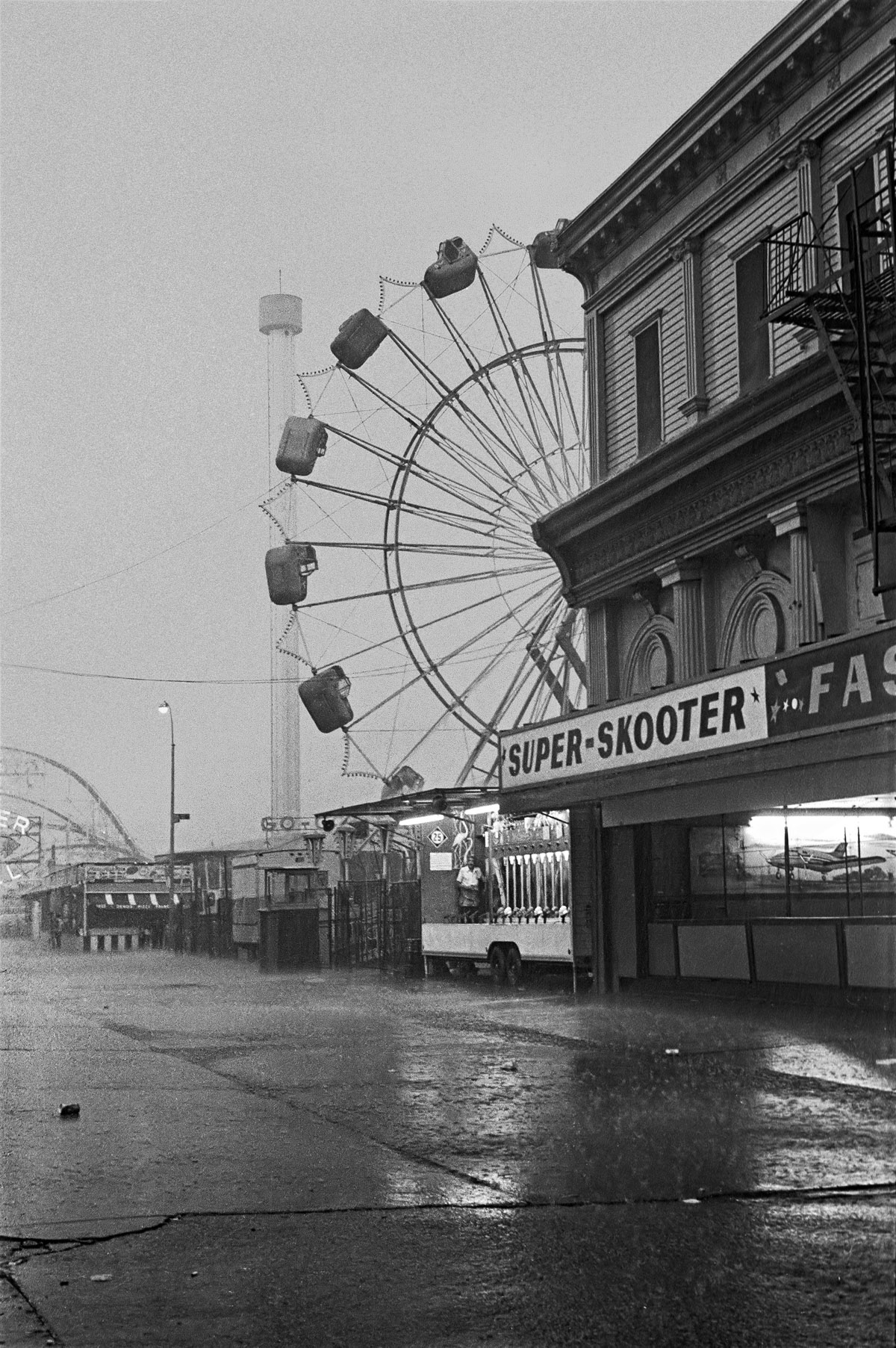 Downpour on the midway 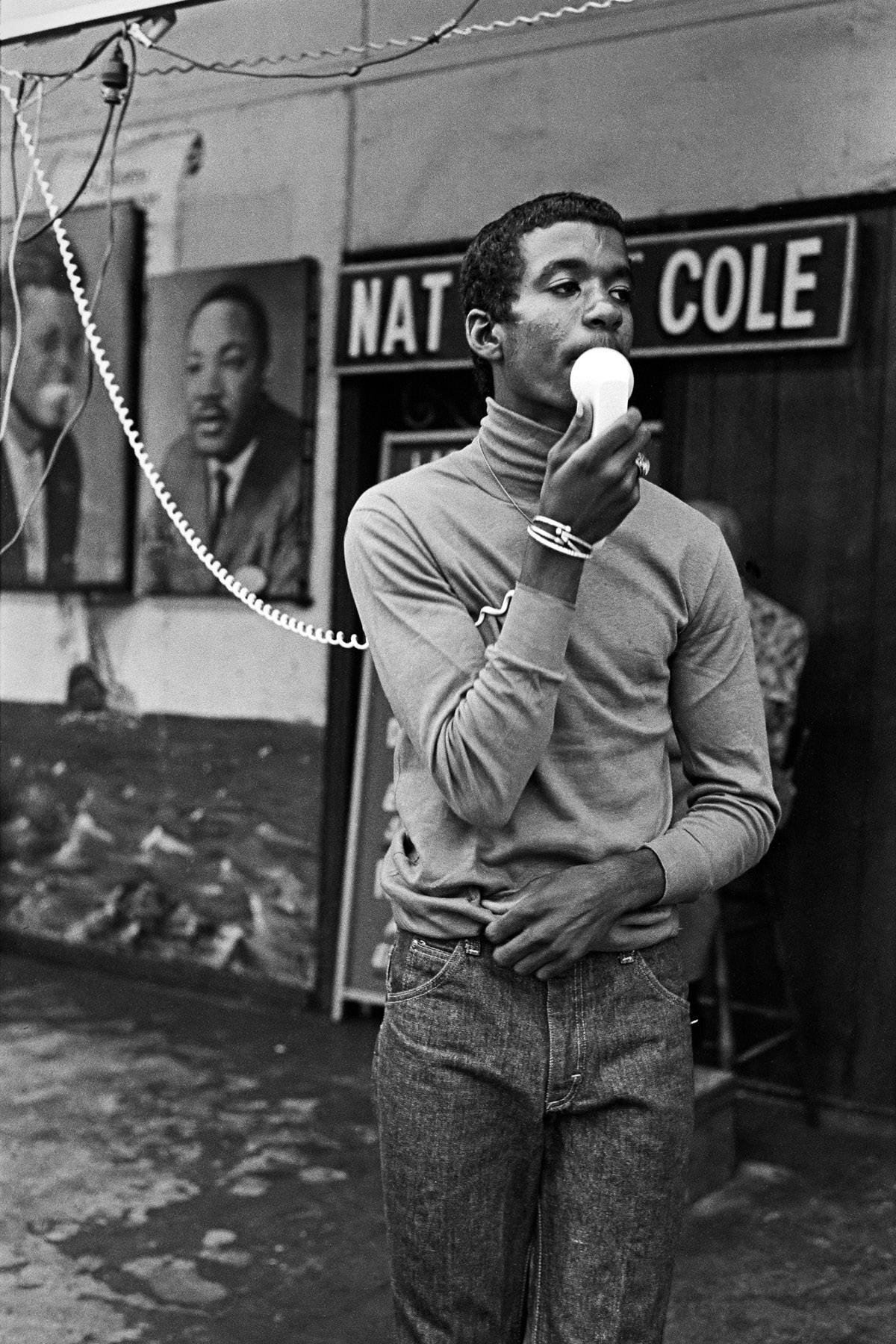 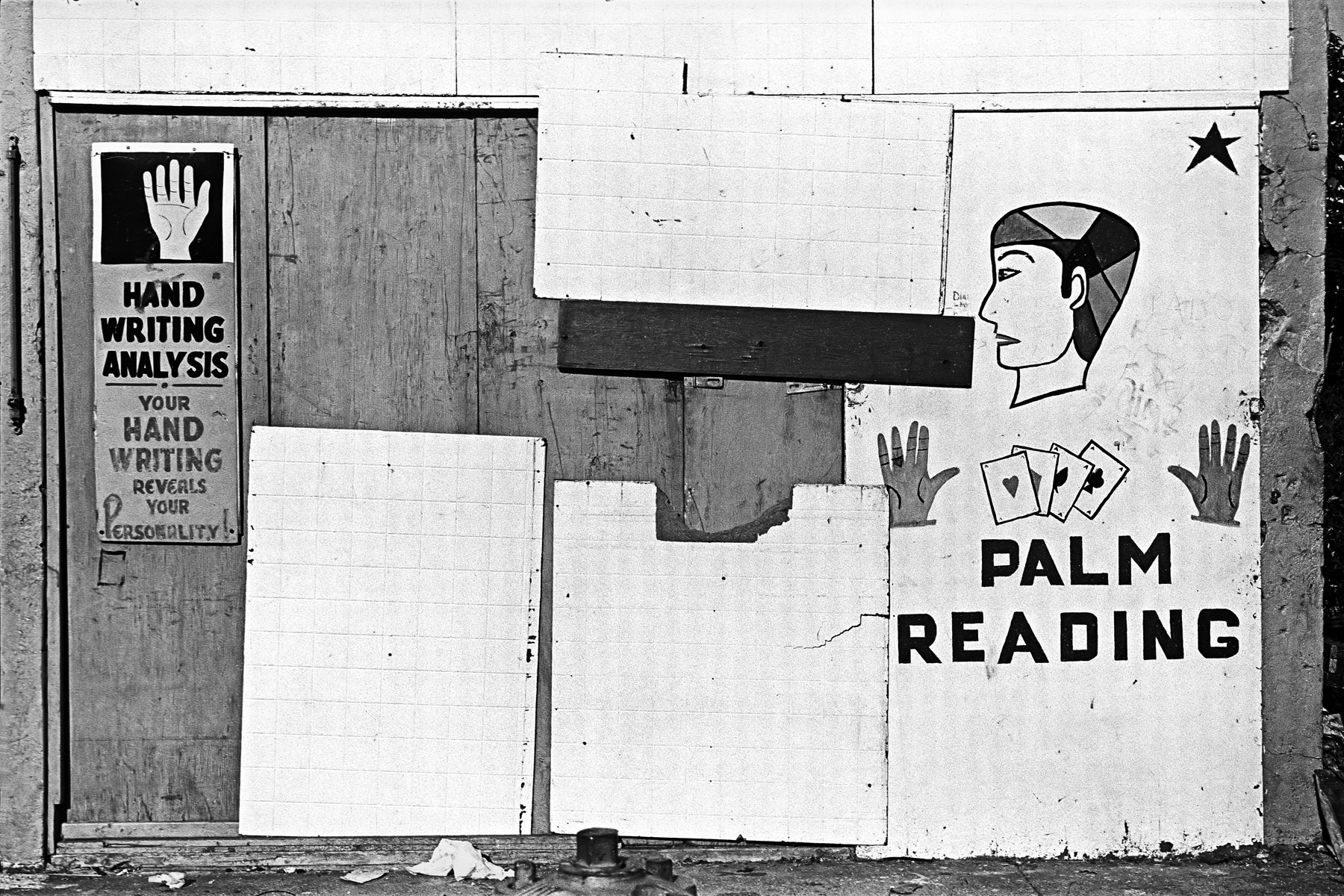 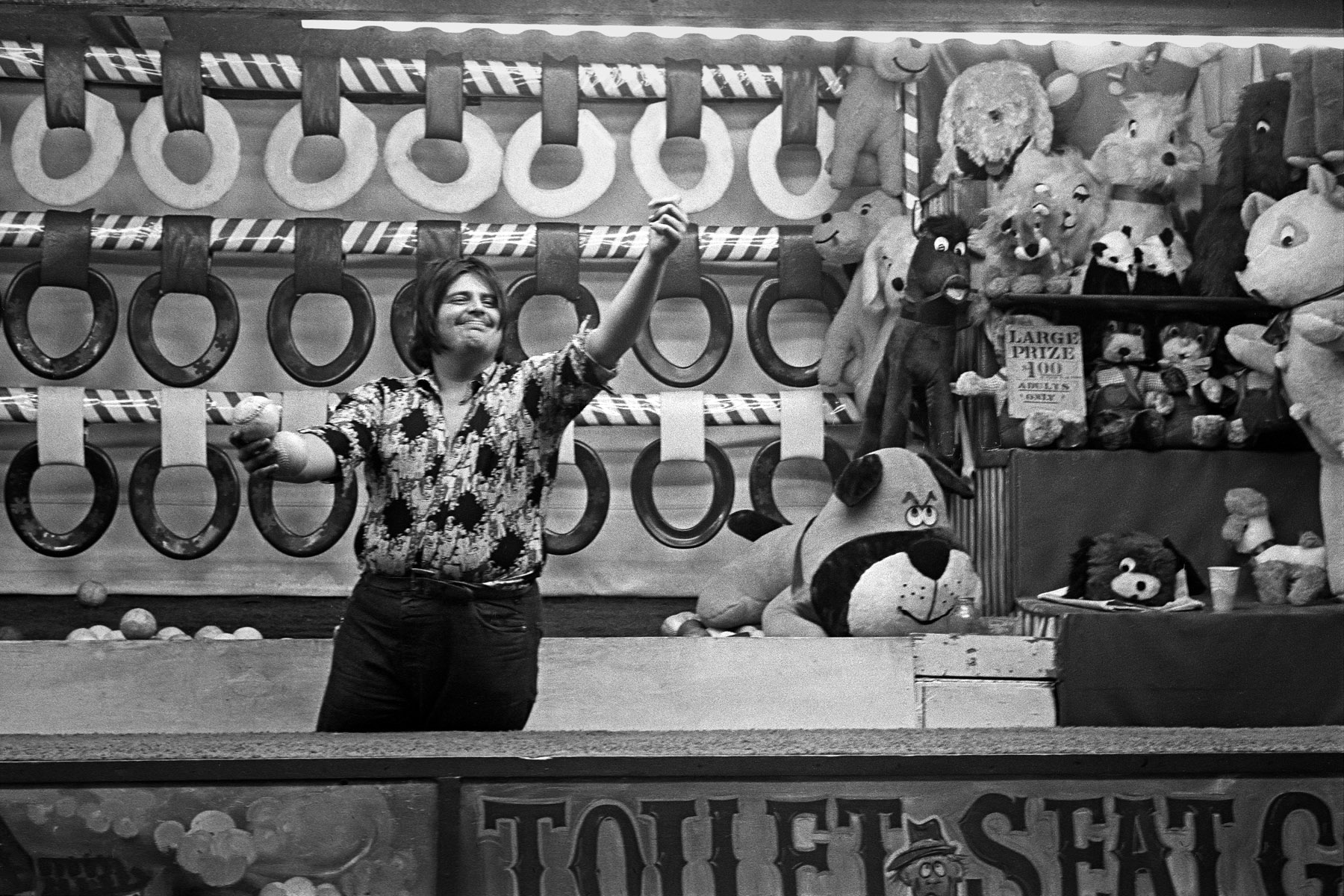 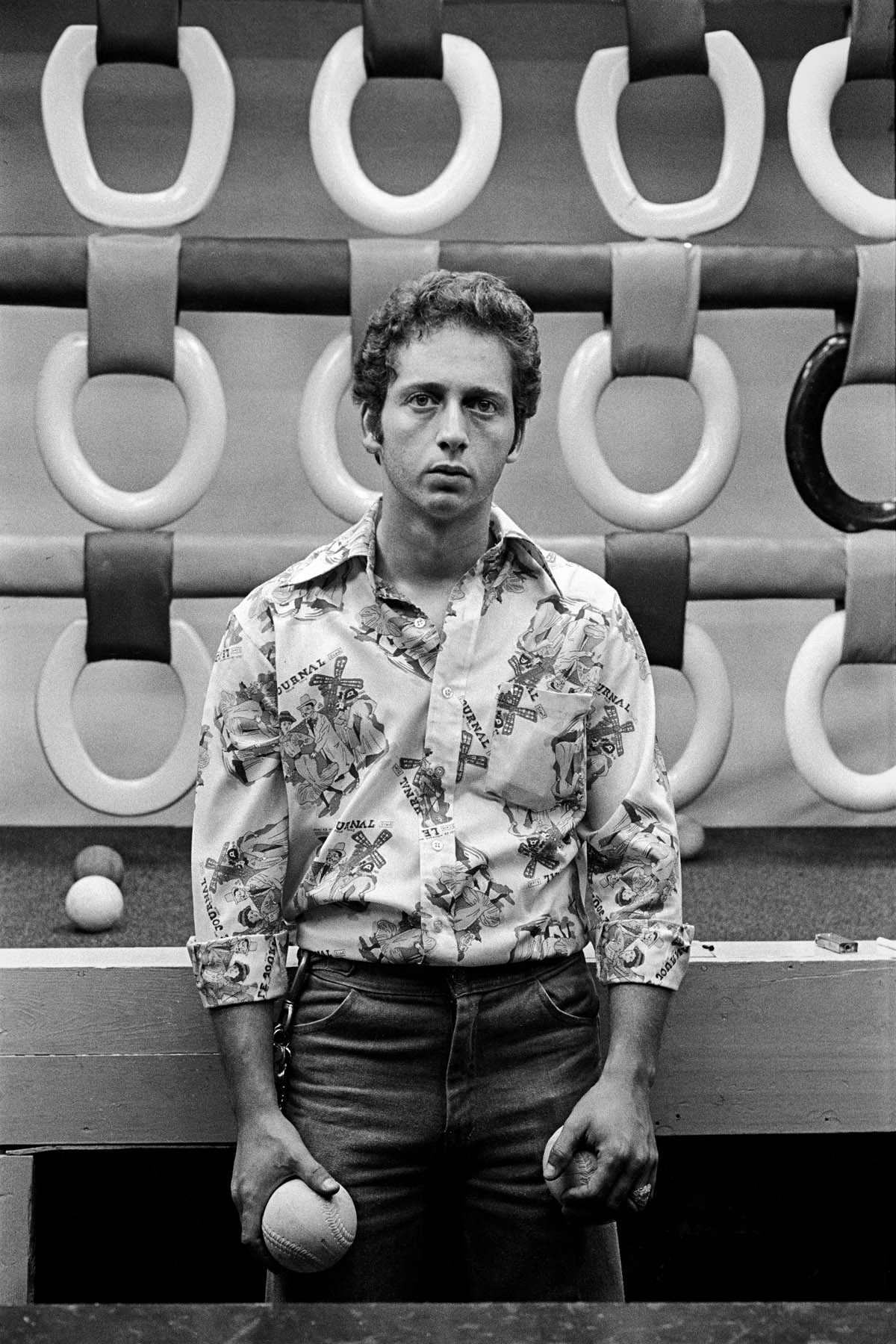 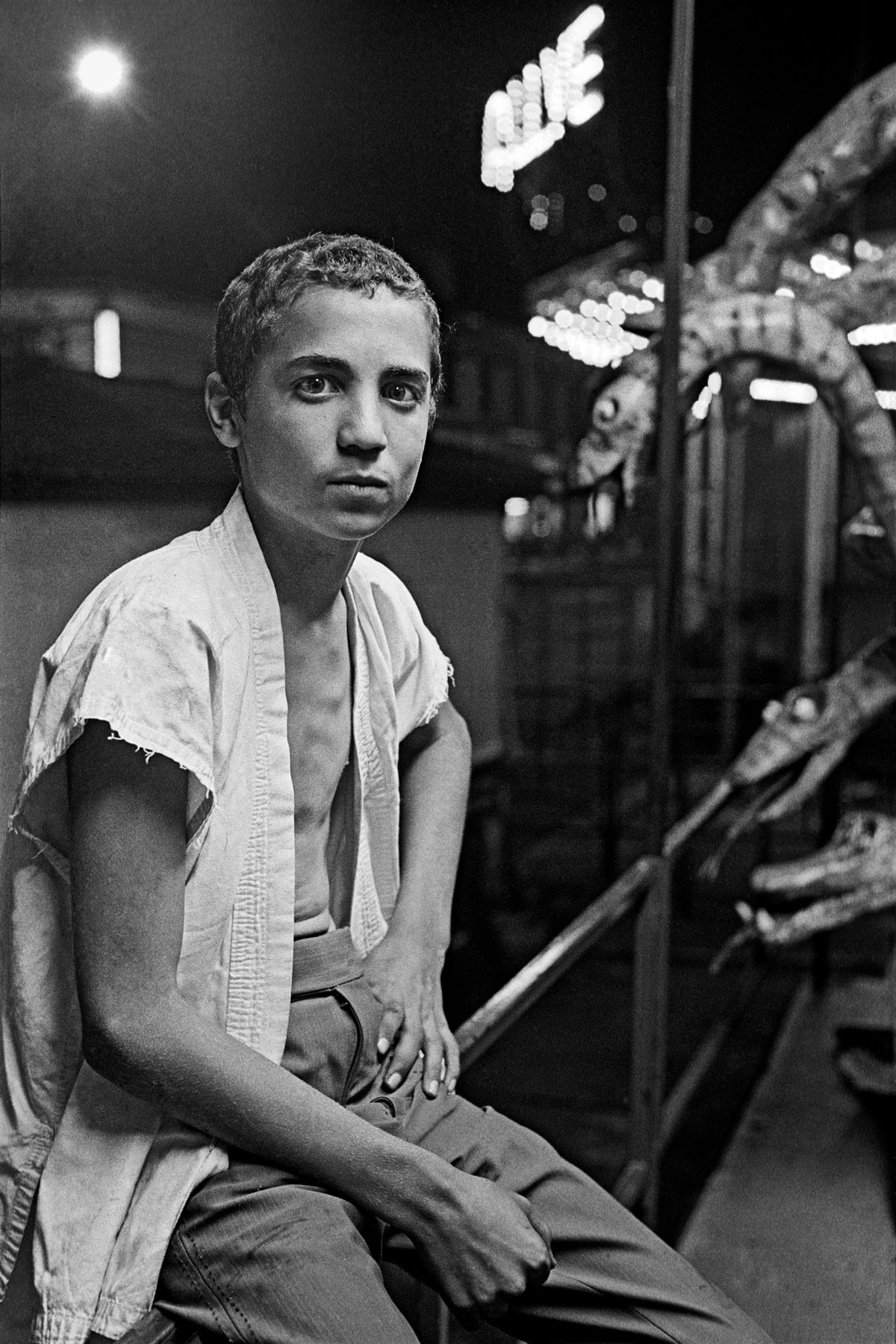 Linkedin
RELATED ARTICLES
OTHER ARTICLES
The Umm al-Fahm protest movement is taking a stand against Israeli police for their discriminatory tactics and for abetting a rise in organised crime within the community.
The issue of workers being denied toilet dignity has worsened during the pandemic. And for female couriers, in particular, it’s taking a toll on their mental wellbeing and ability to work.
Ahead of the release of a new Hollywood film tracing his time inside the notorious detention centre, the former inmate reflects on finding his voice amid trauma.
Photographer Matt Stuart discusses his purist and uniquely playful approach to image-making as a guide for anyone interested in documenting their world.
When Jordan Gale moved to NYC, within two weeks, he found himself at the epicentre of a pandemic. It was through photography that he discovered a way to cope with the death and devastation sweeping the city.
A week of delays and incompetence over a contentious video has thrown Starmer’s commitment to LGBTQ+ rights into question. Can the Labour leader ever win back the community’s trust?