Art & Culture / Beyond retro: One artist’s tribute to icons of pop culture 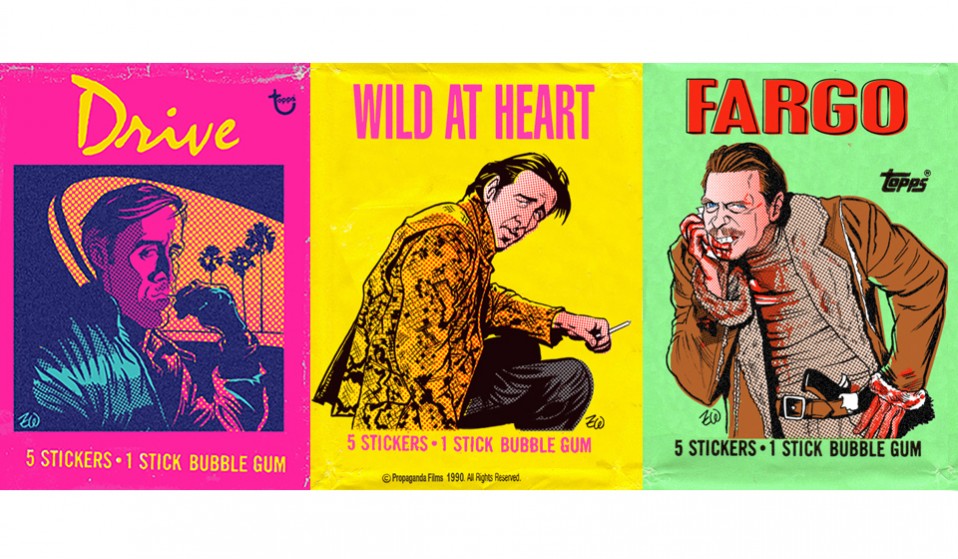 Zack Wallenfang lives by one artistic principal: the work has to be fun. He finds that it’s the best way to be prolific while still feeling engaged in what he’s doing.

In 2008, for instance, he set himself the goal of producing a sketch of Elvis every single day, producing 366 illustrations (it was a leap year) of the King from different eras without repeating himself. 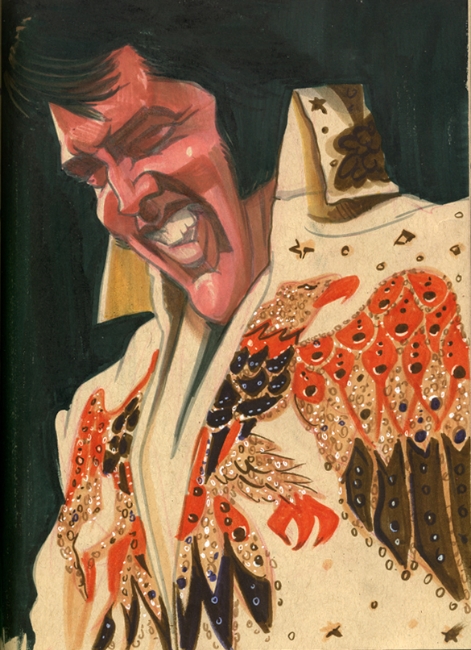 Wallenfang dedicated the next year to portraits of celebrities, settling on a profile based on whoever’s birthday it happened to be each day.

“The point was to force myself to draw every day and sticking to a theme helped me follow that goal through,” he says, adding that the portraits alternated between heartfelt tributes and ridicule. 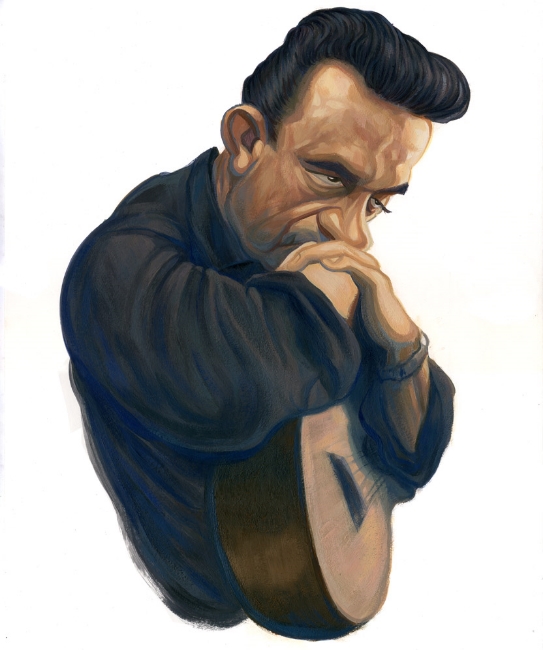 “The daily celebrity drawings became a ‘savings account’ of ideas. I would eventually take the ones I liked and digitally render them throughout the years to follow, usually using their birthday once again as a deadline for myself.”

Last year, Wallenfang took the same approach with InkTober – an initiative that challenges artists to do one ink drawing every day in October – and decided to opt for a horror theme.

Six days in,there was something about his drawing of Leatherface from The Texas Chainsaw Massacre that evoked TOPPS trading cards from the 1970s and ’80s (think Garbage Pail Kids) – the kind that came with a sticker and a stiff stick of chalky bubblegum.

That association gave Wallenfang an idea: to transplant the image onto a scan of a TOPPS wax wrapper, creating the look of a fictional trading card series.

“They’re a lot of fun to make and I haven’t been able to stop since,” he says. “I keep adding to the list of movies and shows I will eventually do.”

So far the Wax Pack Art series encompasses five decades’ worth of cult classics, from Ziggy Stardust and John Carpenter’s Halloween to Better Call Saul and Making a Murderer.

The project’s charm lies in the details. Faux advertisements along the inner flap work as inside jokes: the snakeskin jacket from Wild at Heart, the sunglasses from They Live, the dictaphone from Twin Peaks.

“Sometimes it’s something I genuinely love or strikes a chord with me and I keep finding ways to pay homage,” says the 36-year-old.

“Other times they are things I might find kitschy but still respect. The feedback has been great. I’d like to think I have enough variety to offer that there’s a little bit of something for almost anyone.”

Wallenfang moved to Minneapolis from Wisconsin in 2001 to attend art school and liked things enough there to stay, quickly generating an income by doing caricatures at a nearby theme park.

“I’ve supported myself that way much longer than I care to admit, not just at theme parks but for weddings, corporate picnics, company parties; tons upon tons of odd jobs like that,” he says.

“Otherwise it’s been a number of private commissions and freelance jobs while also making things for my portfolio and my own amusement every week. If a week goes by that I haven’t made something for fun, it all feels wrong.”

Linkedin
RELATED ARTICLES
OTHER ARTICLES
In his 2008 series, the photographer pictured himself as Angela Davis, Martin Luther King Jr., Malcolm X, and other prominent figures.
Photographer David Corio’s archive offers a glimpse inside a revolutionary era of music and nightlife.
A group of young Palestinians have found temporary freedom in the act of parkour, reimagining wreckage and ruins as a series of high-octane playgrounds.
Yesterday thousands gathered outside Buckingham Palace after news of the Queen’s death broke.
Financial turmoil is pushing people who work in the sex industry into more dangerous and desperate situations as a means of survival.
By turning a real-life crisis into daytime television fodder, TV bosses have once again shown themselves to be completely out of touch with audiences.