Art & Culture / Fear and Trolling on the Campaign Trail 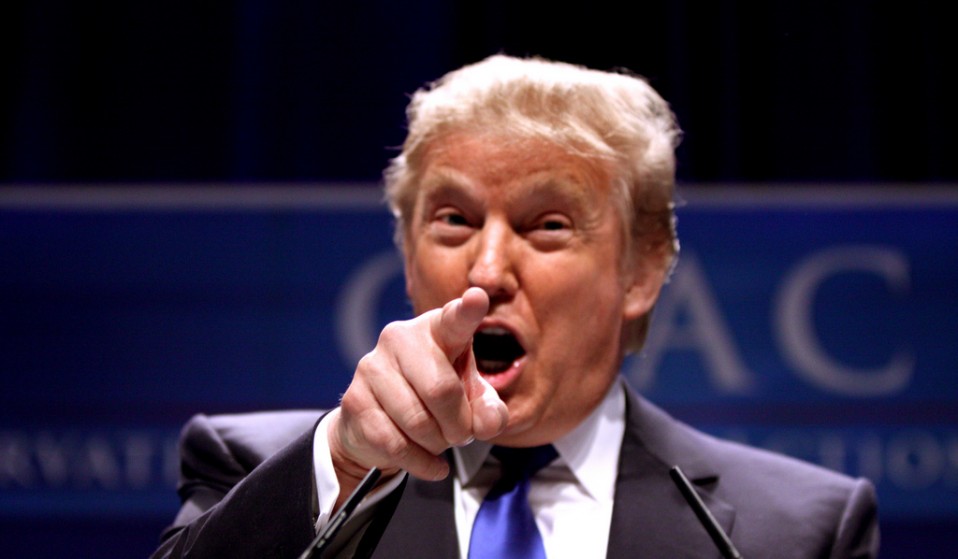 Finding sharp, insightful voices in an online echo chamber of US political commentary can be difficult. Here are five figures you can rely on for intelligent coverage and scathing wit.

Finding sharp, insightful voices in an online echo chamber of US political commentary can be difficult. Here are five figures you can rely on for intelligent coverage and scathing wit.

A presidential campaign starring Donald Trump once promised to be a comedy goldmine. Yet biting analysis seems in short supply as the race roars on with Trump at its forefront.

The problem, it turns out, is that it’s too difficult to lampoon a politician who treats campaigning like a comedy roast. Attempts to satirise him just sound believable. In fact one of the few effective parodies, ‘Your Drunk Neighbor: Donald Trump’, relied on genuine soundbites to highlight the absurdity of his bluster.

But while it feels like we’re a long way away from a Hunter S. Thompson of the snapchat generation, there’s still some political commentary out there more deserving of your time than parody Twitter accounts, YouTube clips and memes on Reddit.

Here are five figures you can rely on for intelligent coverage and scathing wit.

Moderator: OK, but, like, how are you gonna do that?

Trump: Let me tell you: It'll be tremendous.

Matt Fuller is a congressional reporter for Huffington Post known for dogged, knowledgeable stories that can connect with younger readers. Though his coverage focuses more on the ins-and-outs of Washington politics, he doesn’t hold back and lets his humour come to the fore on Twitter.

Molly Ball is an award-winning staff writer for the Atlantic, covering topics such as Bernie Sanders’ feminist fans and the so-called “professional political class” panicked by Donald Trump’s rise. She’s also one of the wittiest voices in US politics.

Nate Silver is the man who used data to disrupt the way people think about baseball. Now he’s doing the same with American politics, running one of the world’s best political blogs while also tweeting about sports, science and life in general. 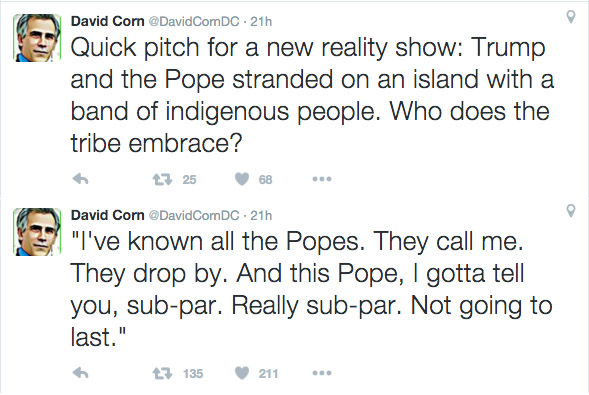 The Washington editor of Mother Jones, David Corn made a name for himself broken stories on presidents and writing best-selling books such as Hubris: The Inside Story of Spin, Scandal and the Selling of the Iraq War. 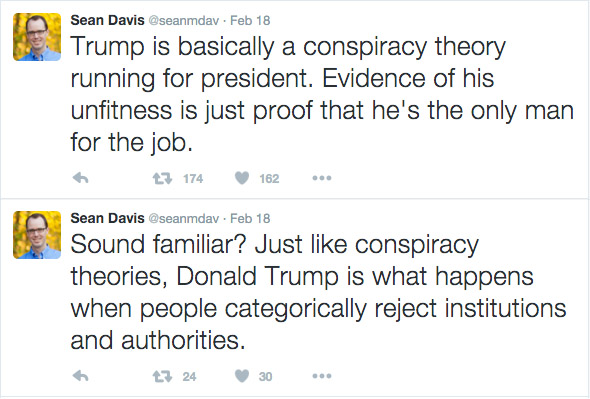 Sean Davis is the co-founder of The Federalist, an online magazine that covers politics, policy and culture, and a former congressional staffer who spearheaded a law that created USASpending.gov – a website that provides public access to information on how their tax dollars are spent.

Linkedin
RELATED ARTICLES
OTHER ARTICLES
After building his reputation covering the US civil rights movement in the 1960s, the photographer went on to produce some of the most enduring images of the past century.
After blocking the Scottish government’s gender recognition reform bill, Westminster is now devising further changes to the law to make it harder for trans people to self-identify.
David 'Dee' Delgado’s photo project is about honouring and uplifting the city of his youth, and a world rapidly disappearing under the relentless onslaught of gentrification.
A new law change is enabling Britain’s donor-conceived children to know the truth about their origins – but campaigners say the fertility industry must do more to protect people.
Photographer Becky Tyrell went down to the fading banger and stock raceway to meet a community desperate to keep it alive.
At his West Bank restaurant, Fadi Kattan established himself as the voice of modern Palestinian cuisine. Now, he’s bringing his innovative, bold flavours to the UK’s capital.