Art & Culture / The female cyclist who rode 2,000 miles across America alone with a broken shoulder 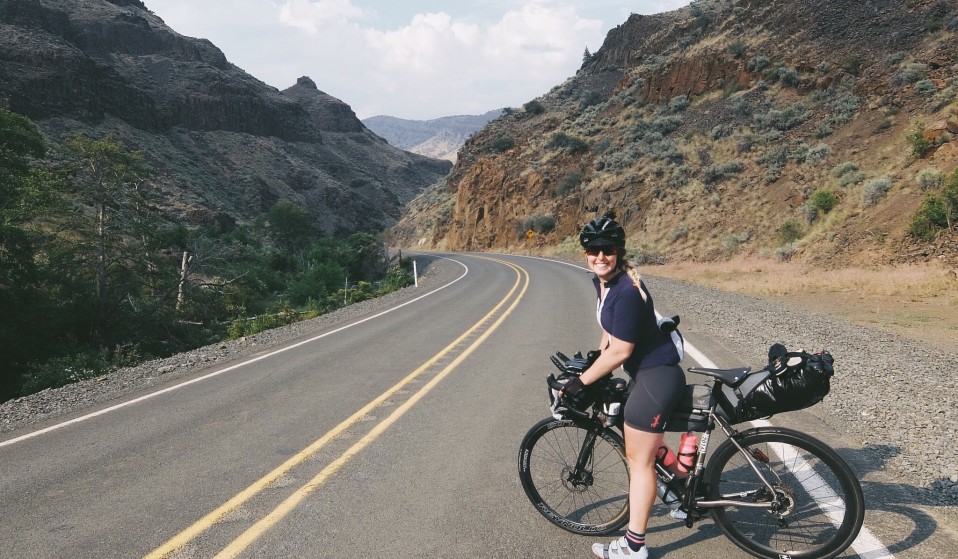 After crashing on the first day of the solo Trans Am Bike Race across America, cyclist Laura Scott, got a far more profound experience of the country and its people.

After crashing on the first day of the solo Trans Am Bike Race across America, cyclist Laura Scott, got a far more profound experience of the country and its people.

It was around lunchtime when we reached Rockaway Beach. I had picked up a bit of speed on the wide open road, but as I approached a T-junction, a silver car suddenly cut across in front of me. The next thing I knew I was on the ground screaming in pain. I don’t really remember much about being hit, just the excruciating pain through my left shoulder.

I could feel the blood gushing down my arm as I started to process what was happening. I could hear people talking to me, but couldn’t respond. I remember gritting my teeth as hard as I could, but not being able to contain my pain. It felt like forever, but when I was finally able to open my eyes, I realised two bikers had stopped and blocked the road around me with their motorcycles. A woman, whose name I never got, was trying to make sure no one moved my head and was trying to stop the bleeding from my elbow.

It was all meant to go so smoothly. Earlier that day, on June 4, 57 cyclists gathered at the Maritime Museum in Astoria, Oregon for the third annual Trans Am Bike Race. The roughly 4,230 mile, unsupported race across America would take us on an incredible journey through Oregon, Idaho, Montana, Wyoming, Colorado, Kansas, Missouri, Illinois, Kentucky, and finally to Yorktown Virginia. 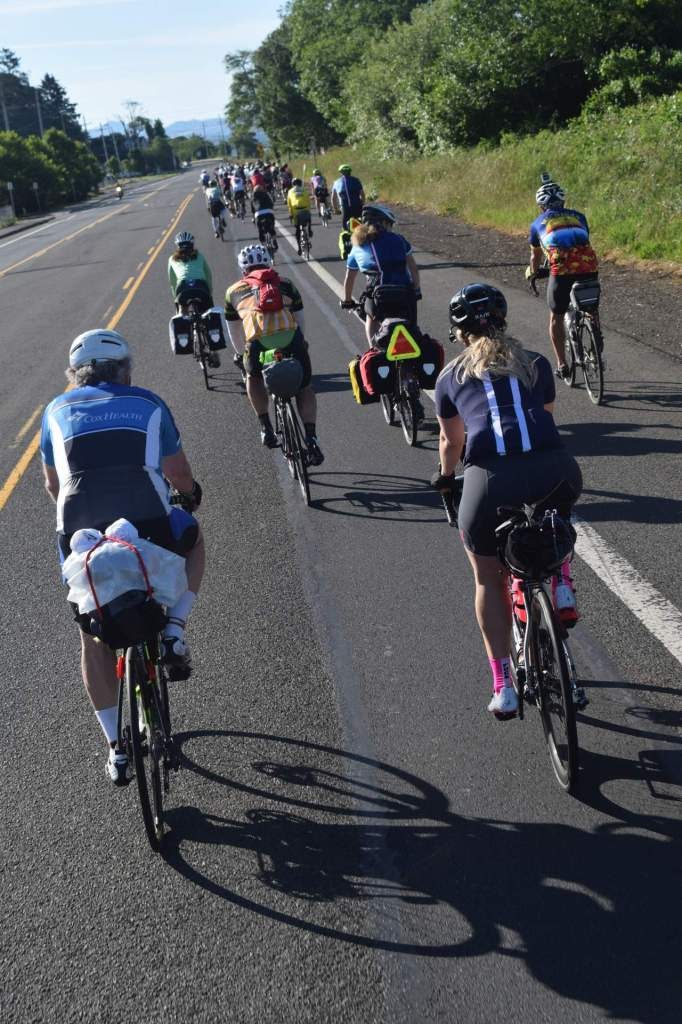 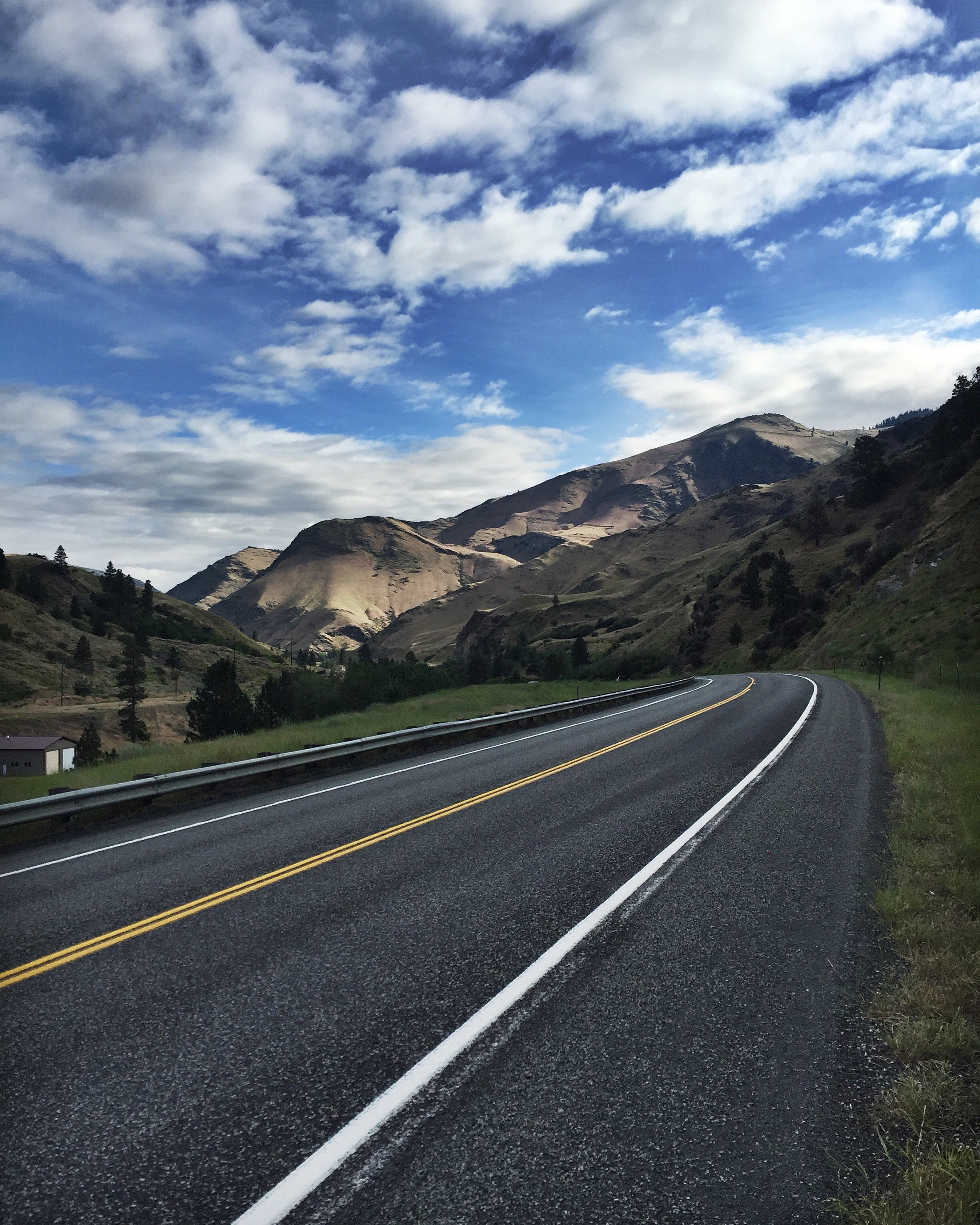 I had spent months training for the race. The whole ultra-endurance thing was relatively new to me and I was taking it all pretty seriously. I had only discovered cycling four years ago, and my love of it quickly spiralled out of control. I had done a number of 24 hour races, and ridden up to 400 miles nonstop, but I had no idea how I would manage doing this kind of distance daily.

Just to make it that extra bit challenging, the race is completely unsupported, meaning you can access commercial services along the way, but there’s no support crew or team car tending to bike issues, handing out water bottles or preparing a bed for you to sleep in. You need to be totally self-sufficient, finding a way to carry all your own food, water, and fix any mechanical issues.

As we gathered that morning to set off, I was both excited and terrified – more terrified to be honest. We took off in a neutral roll out along the waterways of Astoria for the first five miles. I could sense nervousness from the other riders, but everyone was incredibly friendly and in good spirits despite the daunting journey ahead of us. 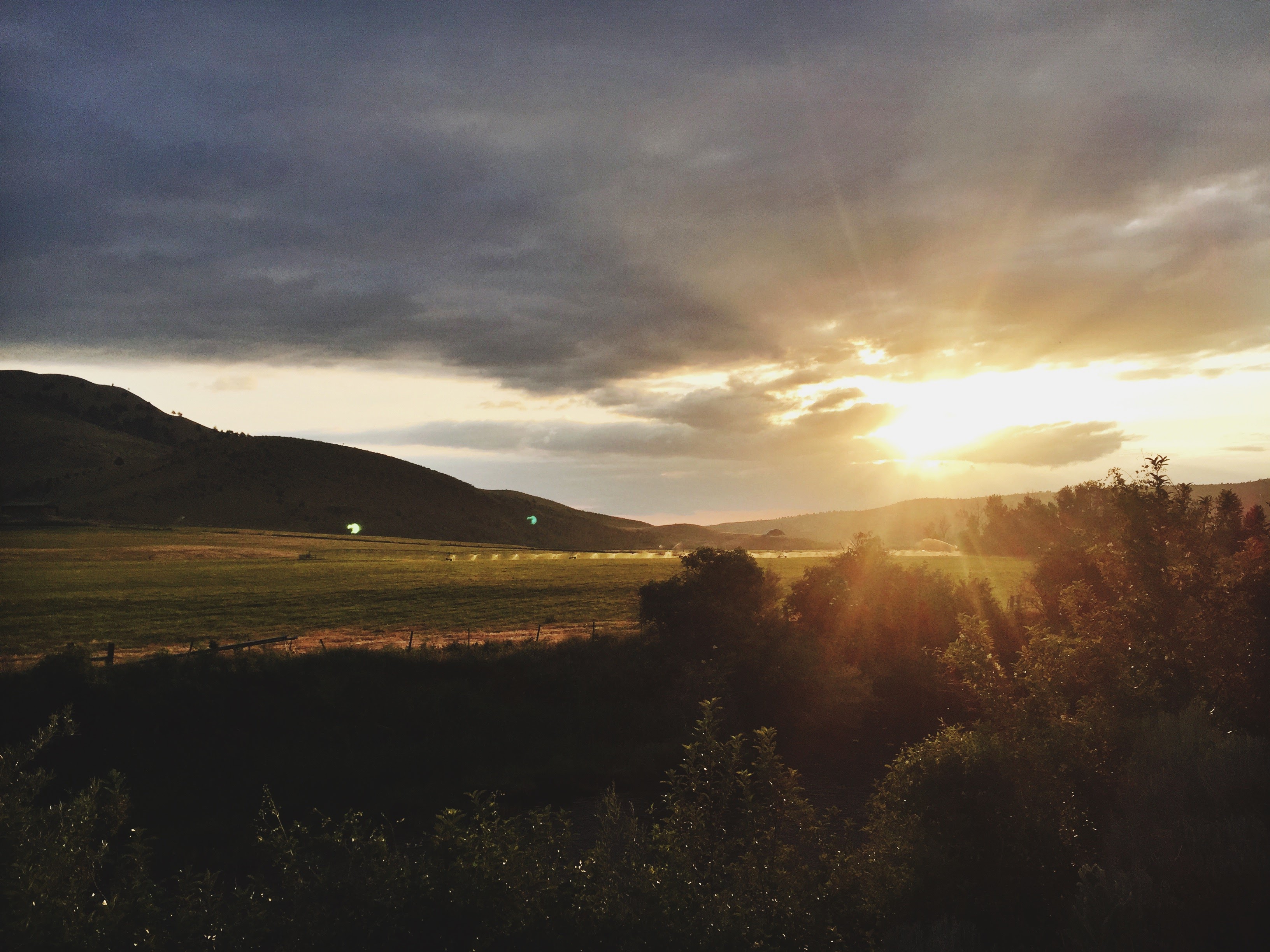 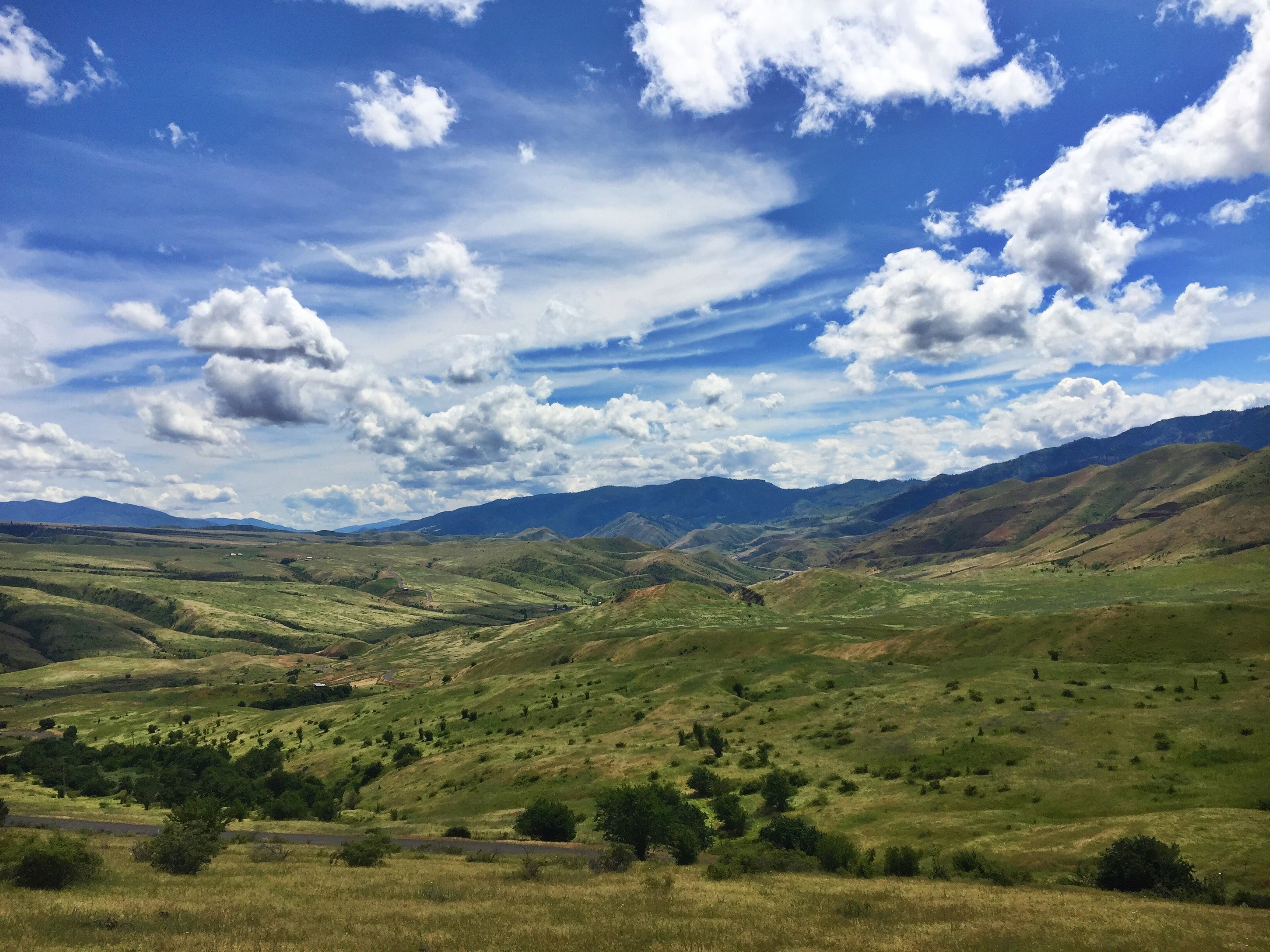 But later that day I was on the way to the hospital. In the back of the ambulance, I kept saying to the EMTs “this can’t be it, it can’t be the end of the race for me.” After months of training I was not prepared to accept I would only make it 60 miles. So, after having my arm stitched up and put in a sling I made the decision I would find a way to keep going. Deep down I knew my shoulder was broken, but I was in denial. Looking back at the pictures though it seems so obvious, but after months of looking forward and preparing to do this, I couldn’t give up.

The next day, total strangers came and picked me up took me to Portland so I could fix my bike and then brought me back out to the road so I could continue my race. That evening I only made it 50 miles or so to Pacific City. I wasn’t really able to camp out in my bivvy as planned, as sleeping on the ground was too painful. So by the end of day two, I was completely throwing out all my months of careful planning. 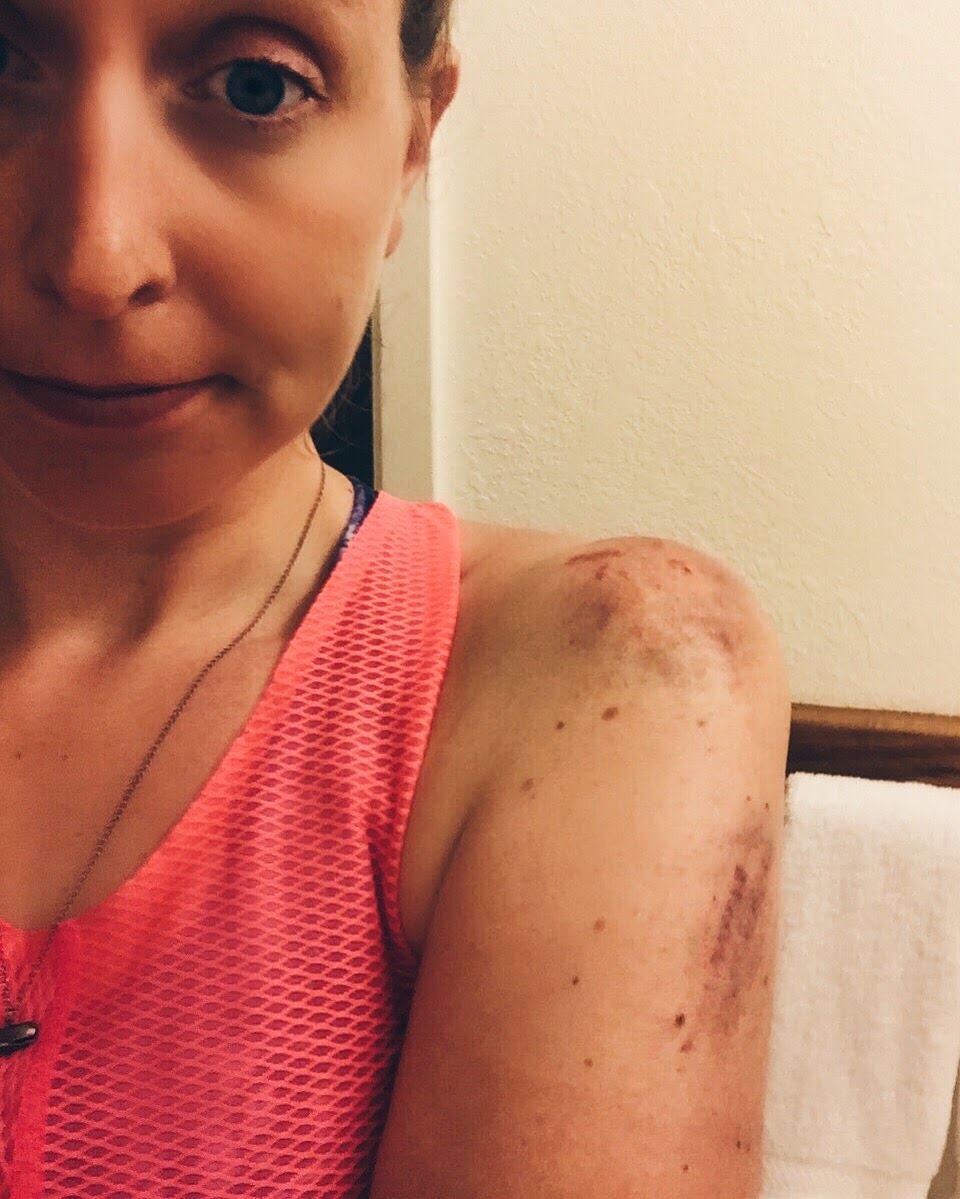 I realised I just needed to take it one day at a time, and do what I could. I shifted my goals and set off on a very different journey than the one I had planned. I was no longer really racing, but rather exploring parts of America I never thought I would see. It literally became about the journey and a test of what I could physically endure.

One of the highlights of the for me on the Trans Am, was without a doubt Grand Teton National Park. The ethereal jagged mountain landscape towers over the roads, with wildflowers painting the meadows in vivid colours. The crystalline alpine lakes, and noisy streams cascading down rocky canyons to the foot of the range. 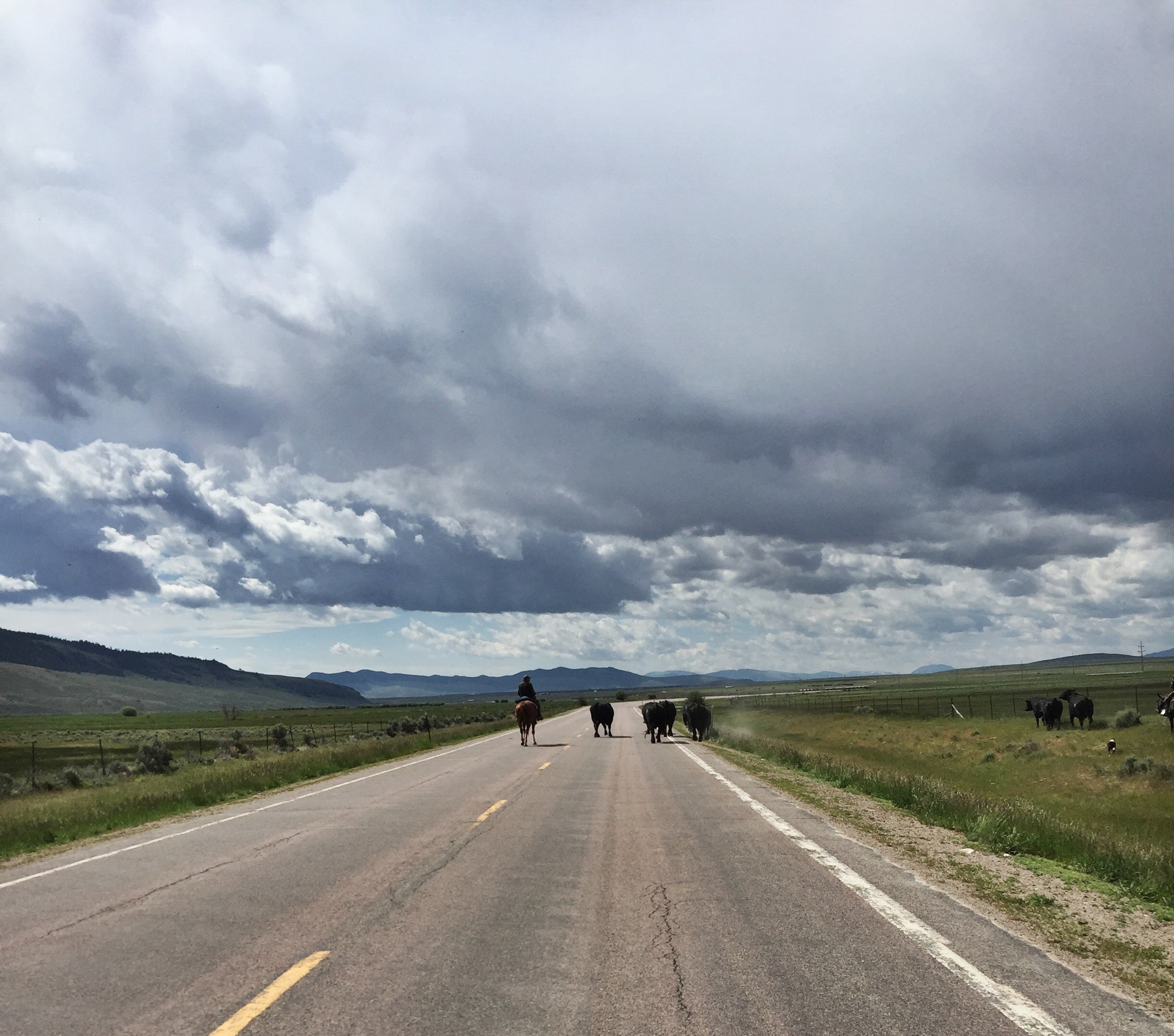 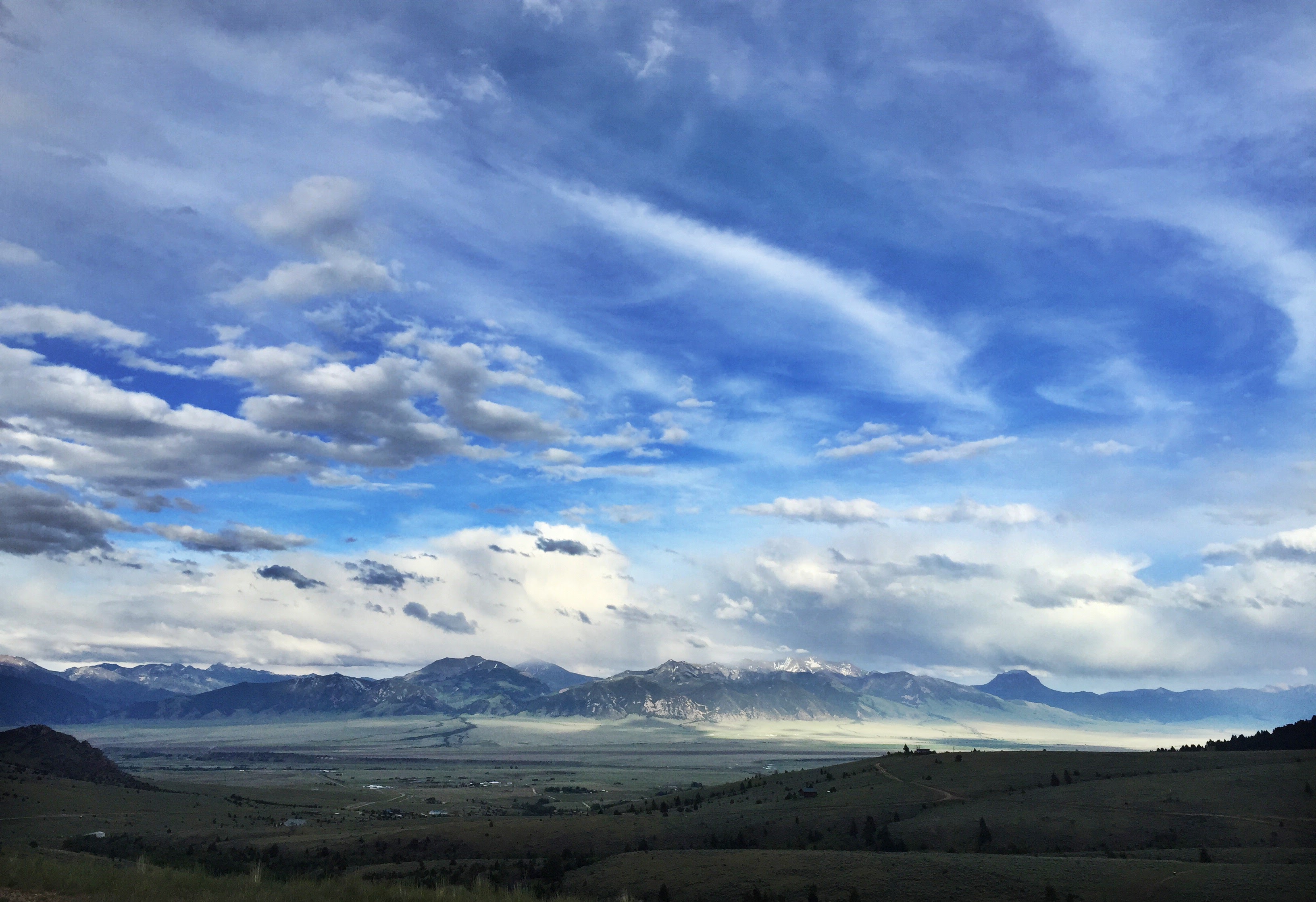 On that day I had decided I was going to call it a day at Togowtee. About eight miles up a six percent climb I figured out why people I met had advised caution. I came around a corner and saw a giant neon sign on the road. It read: “Caution bears on the road. Stay in your car!”

I immediately felt my heart rate jump. Here I was at dusk, with copious amounts of food stuffed in my pockets. Suddenly I found myself looking around constantly trying to discern objects in the low light. Was that a tree stump or grizzly about to jump me!?! 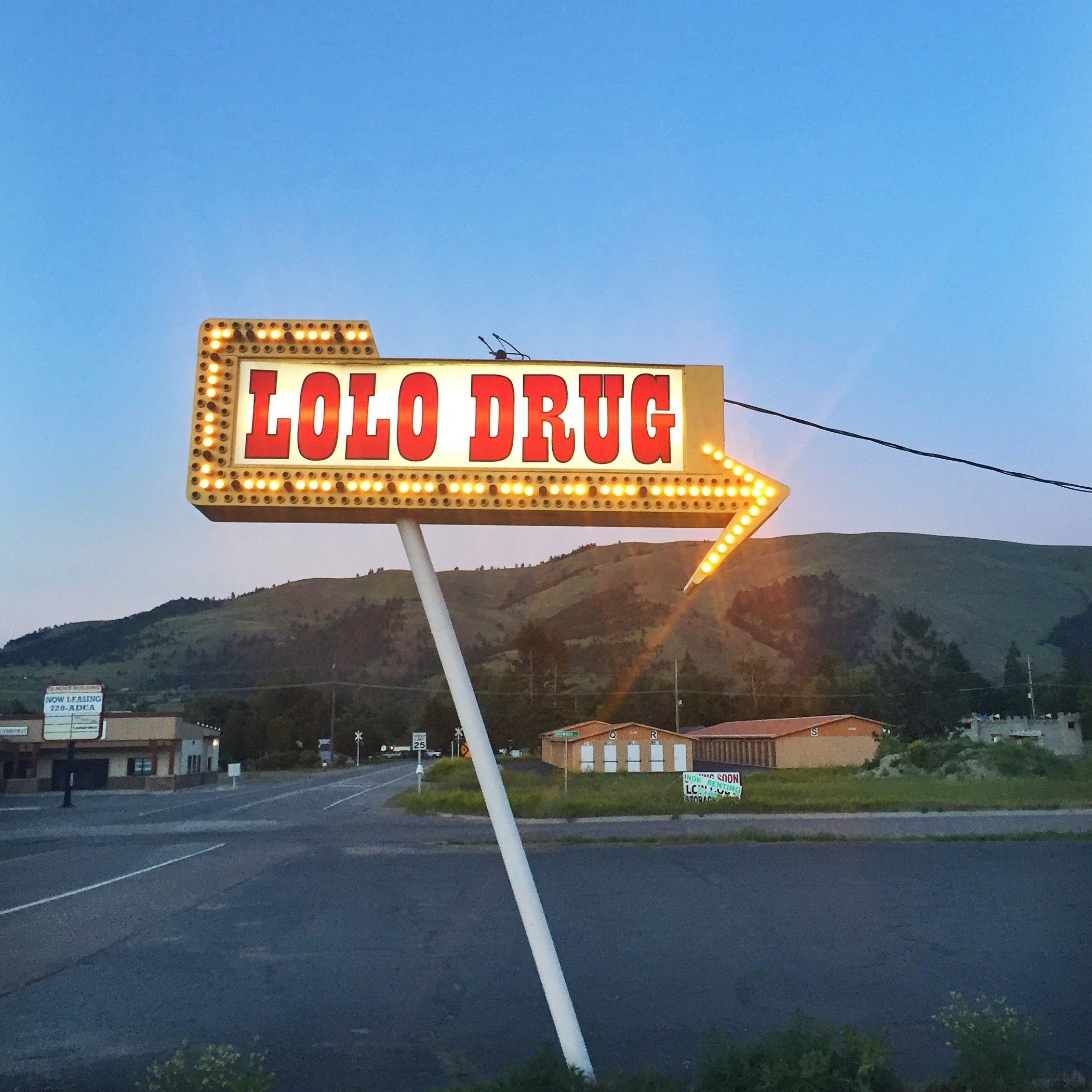 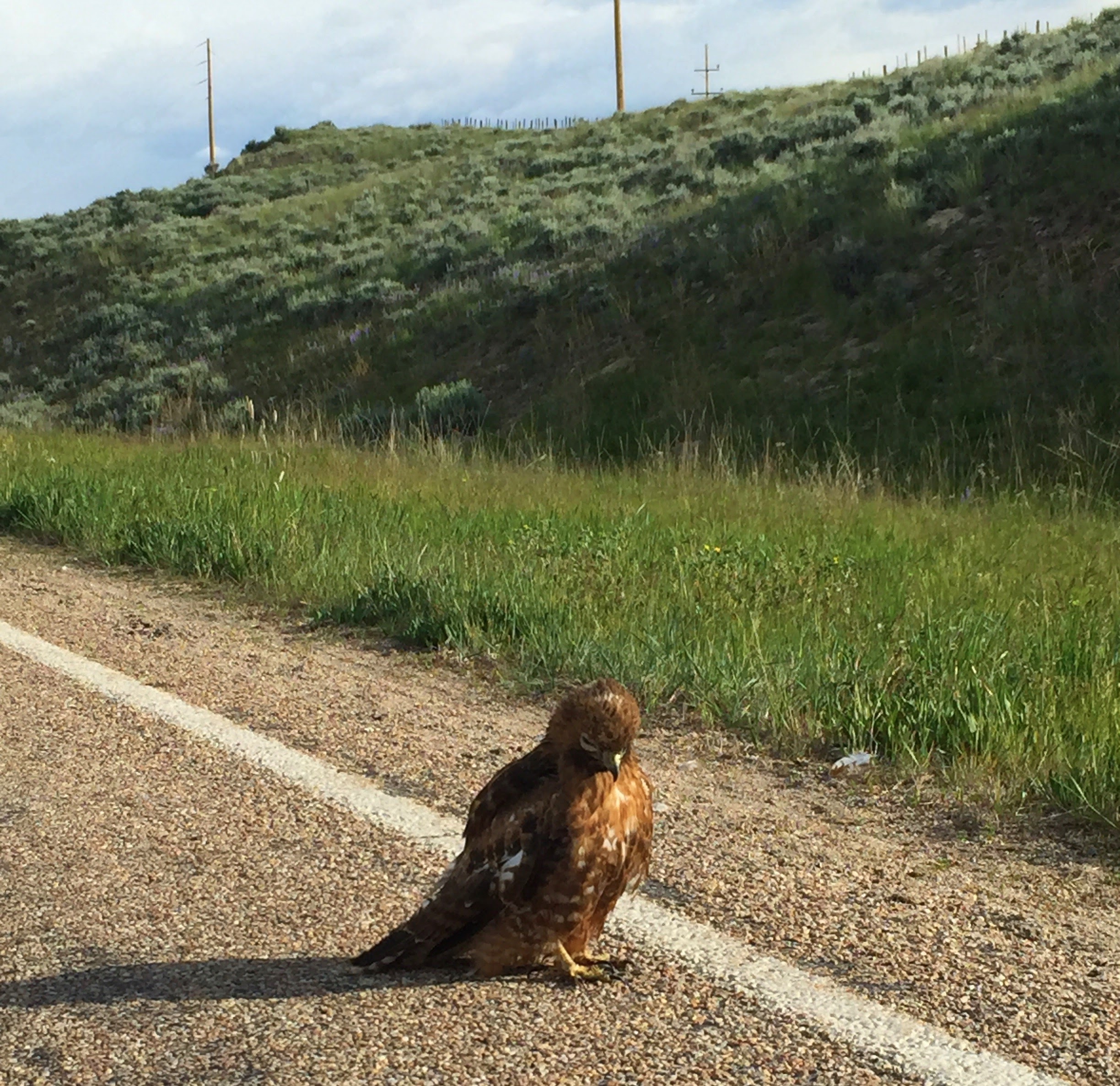 One thing that really struck me on the ride was the total kindness of strangers. On the day I came into Montana, I had suffered from heat rash and was severely dehydrated. I called ahead to the town and booked myself in to a cheap motel. As I hit town, my body quite literally gave up and I had to lie down on the ground outside a gas station.

An older man walked over to me and asked if I was doing the Trans Am. We got talking and it turned out Roger was one of the first riders to ride the route 50 years ago. He asked me if there was anything I needed and even offered to put me up for the night. It had been a week since I had my stitches and I needed to have them removed. I asked if he knew of any medical centres that might be able to help me. It turned out his son-in-law was an EMT and offered to come meet me for breakfast and to sort out my arm. 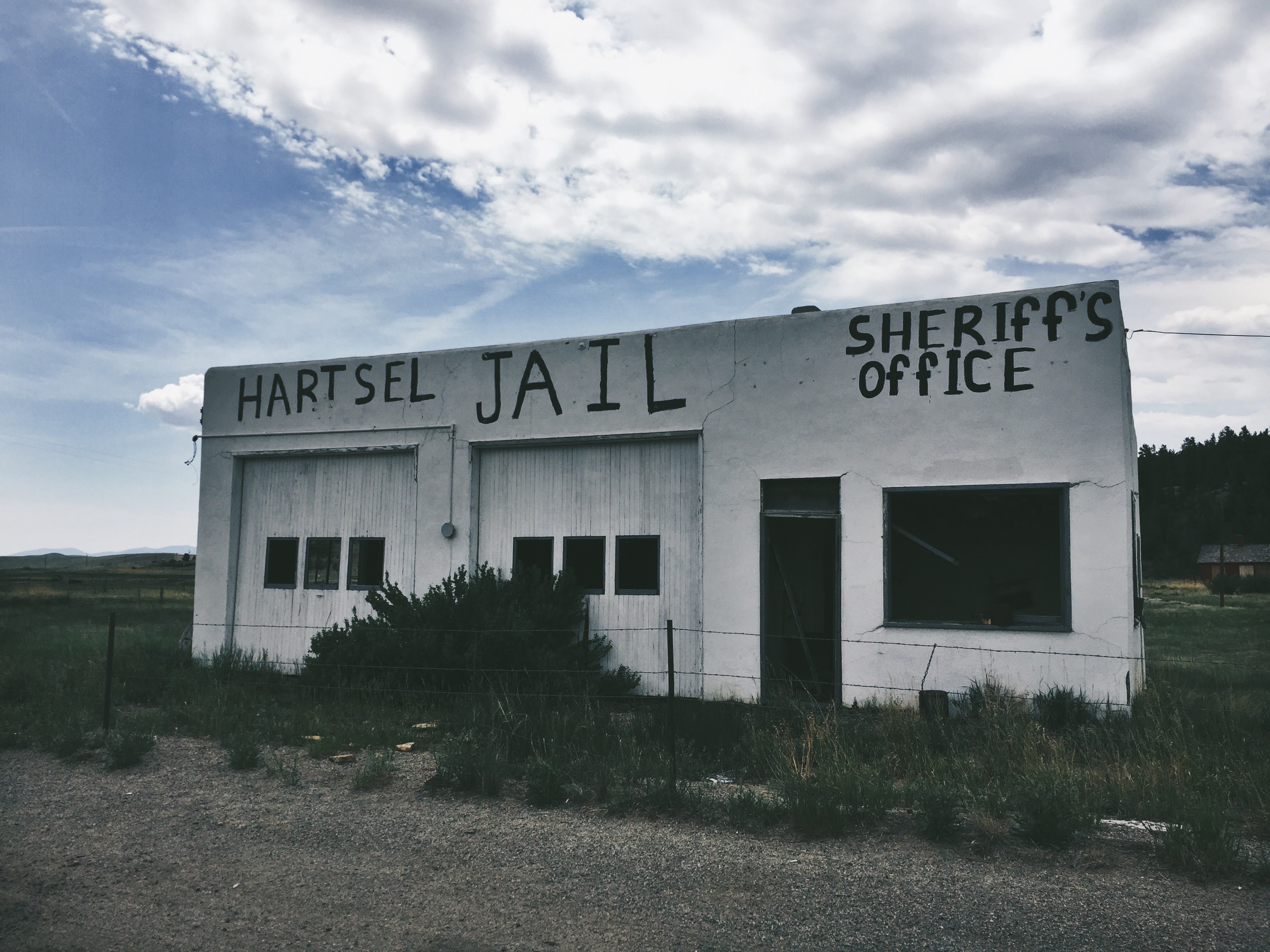 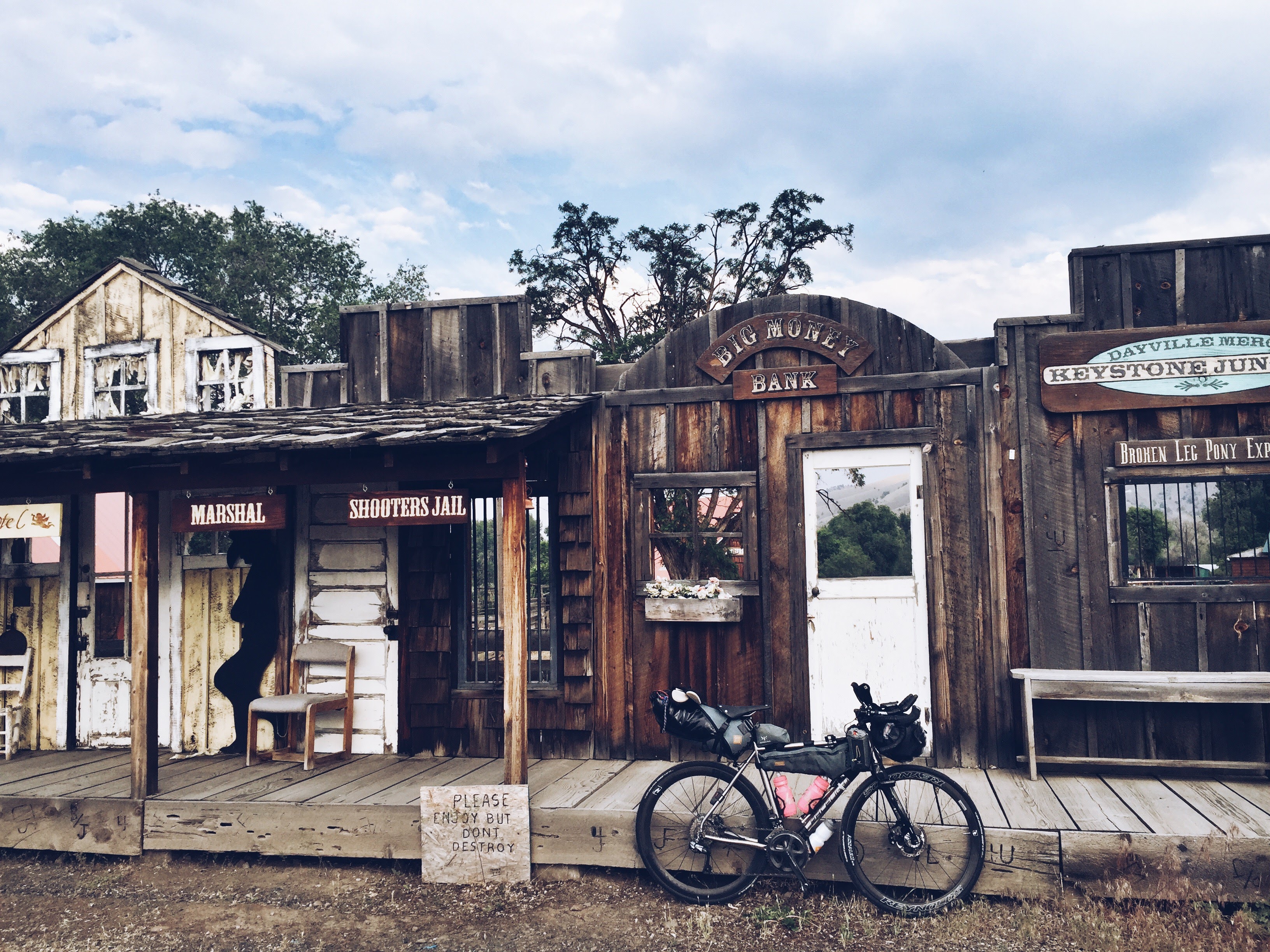 The next morning Roger, his son-in-law and two grandsons all showed up to my motel for breakfast. They removed my stitches over coffee (much to the dismay of the other guests) and then rode out with me for a few miles. The two boys were full of questions and clearly already had a taste for adventure, thanks to their grandfather. It was the boost I needed to get my morale back up after a hard day and motivated me to keep going.

After cycling 2,000 miles alone in 16 days, I reached Pueblo Colorado. I may have crashed out early on and the journey turned out to be quite different from the one I had prepared for, but after getting injured and deciding to take the race at my own pace, I had a totally different and far more profound experience. 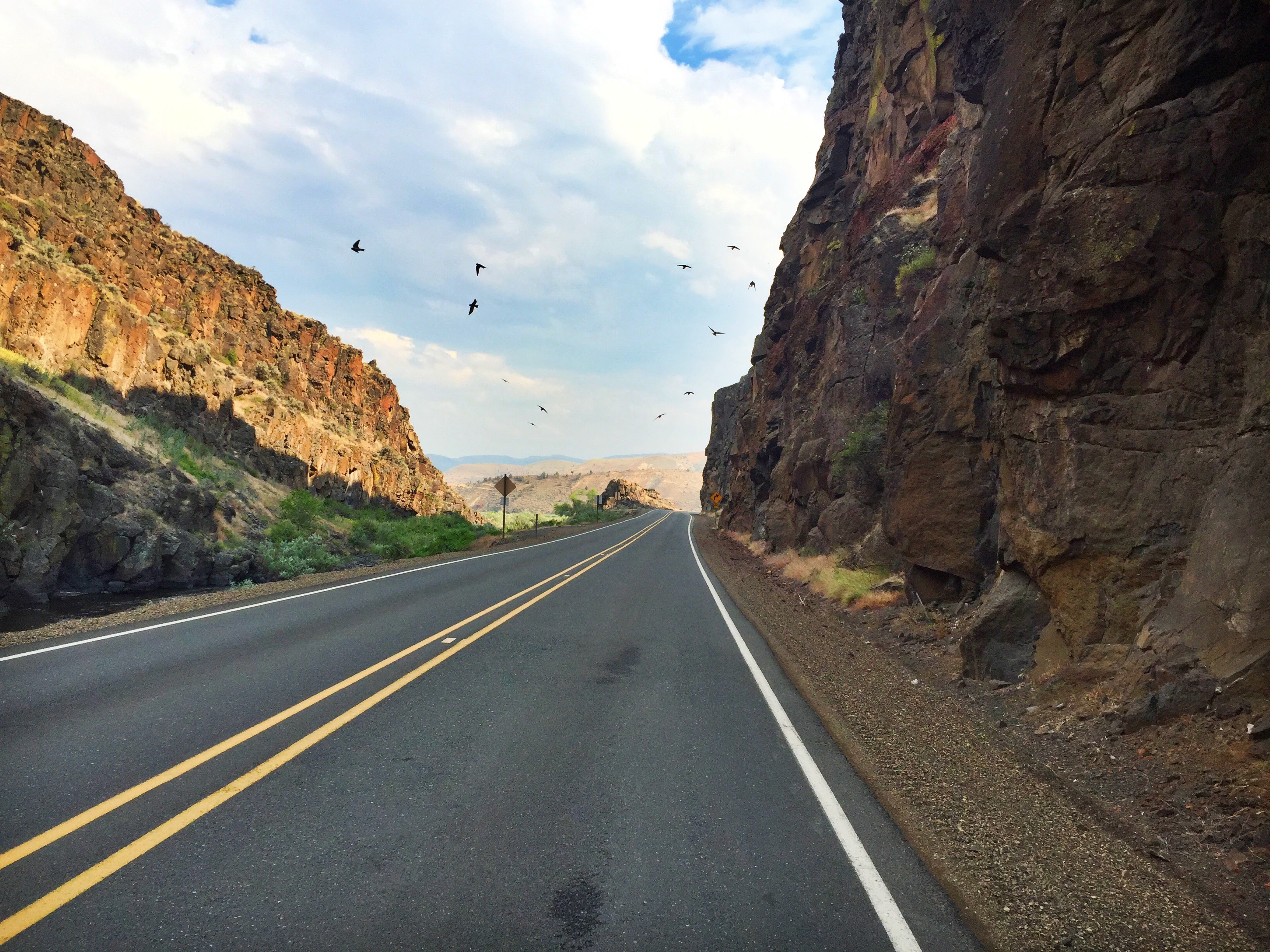 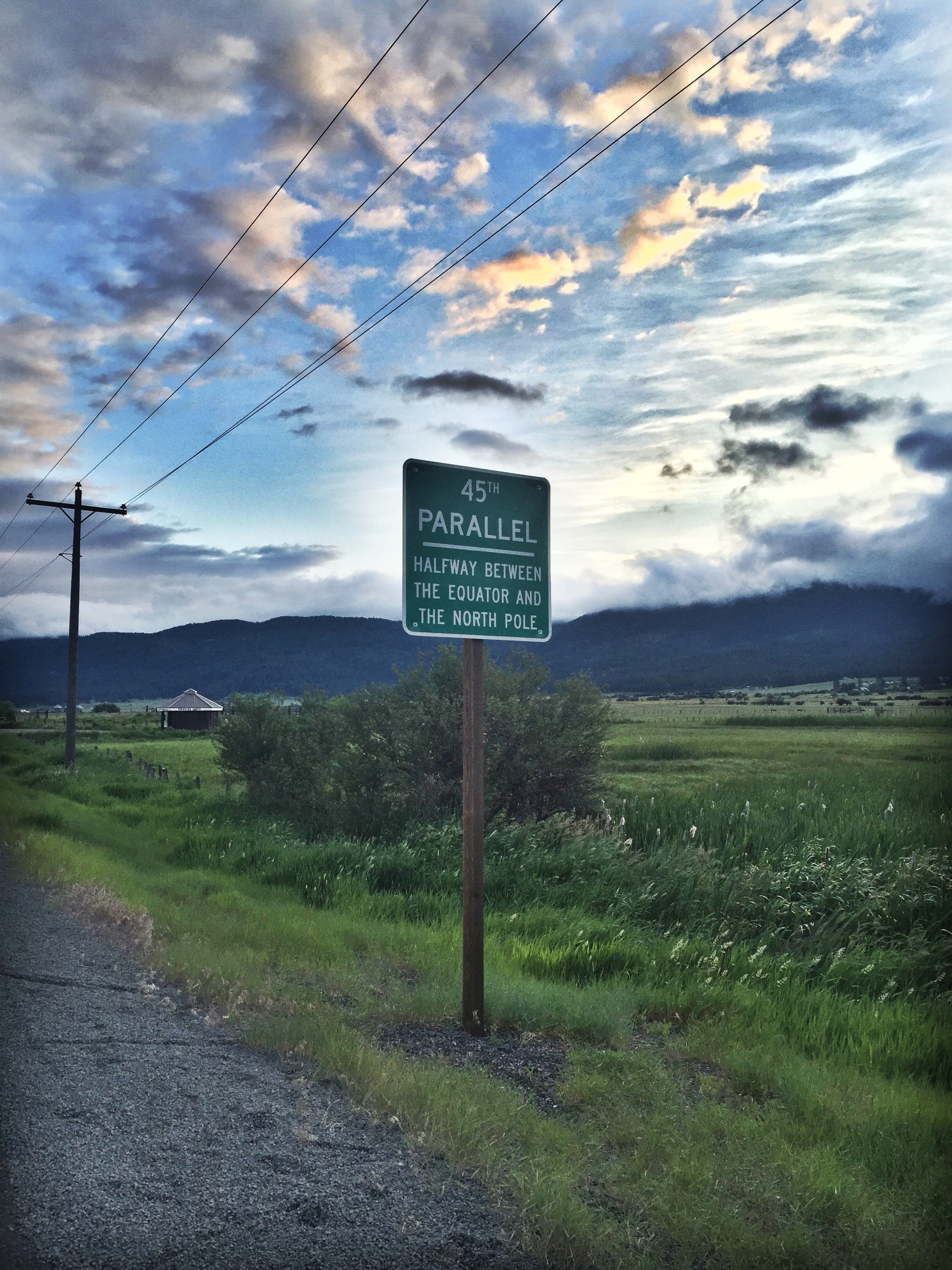 It put me into situations where I had to rely on the total kindness of strangers. Despite the constant negativity we hear on the news these days, I learnt that fundamentally most people are good, and only want to help others succeed.

Pushing on and attempting to ride as far as I could, despite the obstacles, gave me a greater sense of self awareness. I realised I was stronger than I could have imagined. It gave me confidence in my ability, both physically but more importantly mentally and emotionally, to withstand as much as I did. Coming back to the city, I’ve realised how much more mindful and conscious I am of my own inner strength.

Laura Scott is an ultra endurance cyclist and creative strategist. She grew up between England and Canada, and now lives in Central London. She picked up cycling four years ago after deciding to ride from Paris to London after a few beers down at her local. You can follow her adventures on Instagram.

Linkedin
RELATED ARTICLES
OTHER ARTICLES
The musician, DJ and founder of Monika Enterprise reflects on a career defined by revolution and rule-breaking.
While the popular news aggregation service has been kicked off Twitter, its demise does not spell the end of digestible misinformation.
Ahead of the policing bill reaching its final stages in the Lords, protestors came together to rally against the legislation.
As the role of the nuclear family is increasingly called into question, people are finding new ways to exist outside heterosexist norms.
Photographer Yan Morvan revisits a radical moment in history, which saw the emergence of a fiercely-rebellious spirit among the UK‘s youth.
Jermain Cikic reflects on his experience of visiting the island of Samos, Greece, in the summer of 2021.