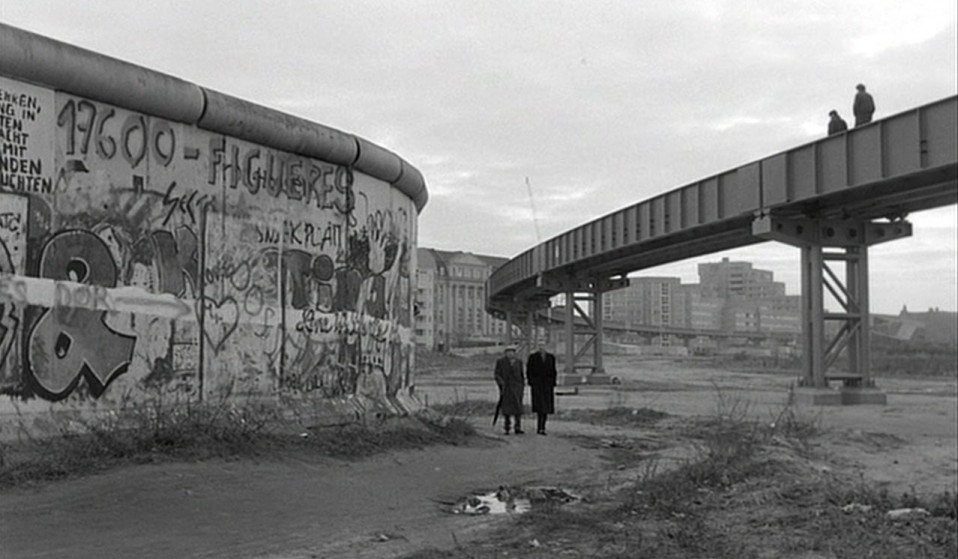 The Berlin Wall is the ultimate symbol of the clash between East and West during the Cold War. It literally divided a city between capitalism and communism and it has inspired many works of art as a result. Here are some of our favourites.

Lou Reed was apparently quite bummed with the finished version of Berlin (which was slated in the US), but this rock opera – about two doomed lovers in the shadow of the Berlin Wall – has become an absolute classic. Drug use, prostitution, depression, domestic violence, and suicide all make a jolly appearance. Not exactly party music.

Did you know Paris, Texas was apparently Kurt Cobain’s favourite film? Anyway, before there was the rad Harry Dean Stanton crossing the tracks and the beautiful Nastassja Kinski in a red fluffy jumper, there was Wings of Desire, Wenders’ film about two angels who visit West Berlin – before the fall of the wall – and observe the troubled inhabitants. It’s a great film and has become a bit of a culty one to name drop. The first guy to paint the Berlin Wall, Thierry Noir, makes a little appearance too.

Australian-born writer (and former human rights lawyer) Anna Funder goes gonzo in this moving story about her encounters with ex Stasi personnel, informants and victims in the mid-1990s. Anna’s own story – her difficulties with the city and her life in it – connect the disparate witness statements into a cohesive narrative that reveals some shocking facts about the most intense surveillance state in the history of the world. Check out this humdinger: “In Hitler’s Third Reich it is estimated that there was one Gestapo agent for every 2000 citizens, and in Stalin’s USSR there was one KGB agent for every 5830 people. In the GDR, there was one Stasi officer or informant for every sixty-three people. If part-time informers are included, some estimates have the ratio as high as one informer for every 6.5 citizens.” 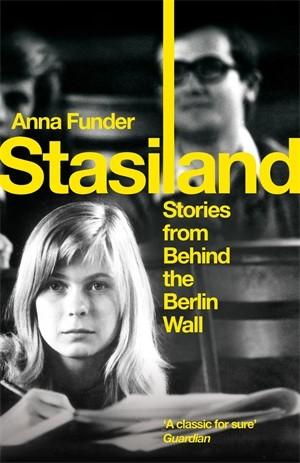 No film, perhaps, shows the alienation East Berliners must have felt after the fall of the wall better than this funny and sensitive bit of fiction by Wolfgang Becker. After protagonist Alex Kerner’s mother wakes up from a coma and must avoid shock, Alex creates a bubble within East Berlin to stop his mother from realising the city has been liberated. His made-up GDR world – complete with fake news reports and drab décor – is constantly under threat from the invasion of capitalism and this makes for some hilarious and poignant fluff-ups.

You could be forgiven for primarily associating this rousing song with Nichole Kidman and Ewan McGregor in Baz Luhrman’s chocolate box Parisian romp Moulin Rouge. You could, but you won’t. Because it’s Bowie, bitch. Anyway, Bowie moved to West Berlin in 1976 to allegedly kick a nasty chisel habit and produced some amazing albums – Low, Heroes and Lodger – of which ‘Heroes’ might be the most famous song. Inspired by two lovers Bowie saw kissing under a guard turret at the Berlin Wall, the song captures the sense of hope and despair in divided Germany and some believe his performance of it in West Berlin in 1987 led to Reagan’s, ‘Tear down this wall!’ speech. Others just think it’s well nice.

Linkedin
RELATED ARTICLES
OTHER ARTICLES
To celebrate Bob Dylan being awarded the Nobel Prize in Literature, we dug out this interview with Greil Marcus on Bob Dylan from our archives.
New York street photographers, DC punk activists and Basque skaters star in the best documentaries about do it yourself culture.
Damien Hirst is building a town in Ilfracombe, Devon, but he's not the first visionary to leave their mark on the map. We explore other imagined cities across the world.
Musicians, photographers and filmmakers celebrate the life of Tommy Ramone and pay tribute to the pioneers of punk.
Huck meets Thierry Noir, the French Street Artist who was the first to paint on the Berlin Wall.
Videos, writing and images from former Sonic Youth frontwoman and Huck 42 cover star Kim Gordon.