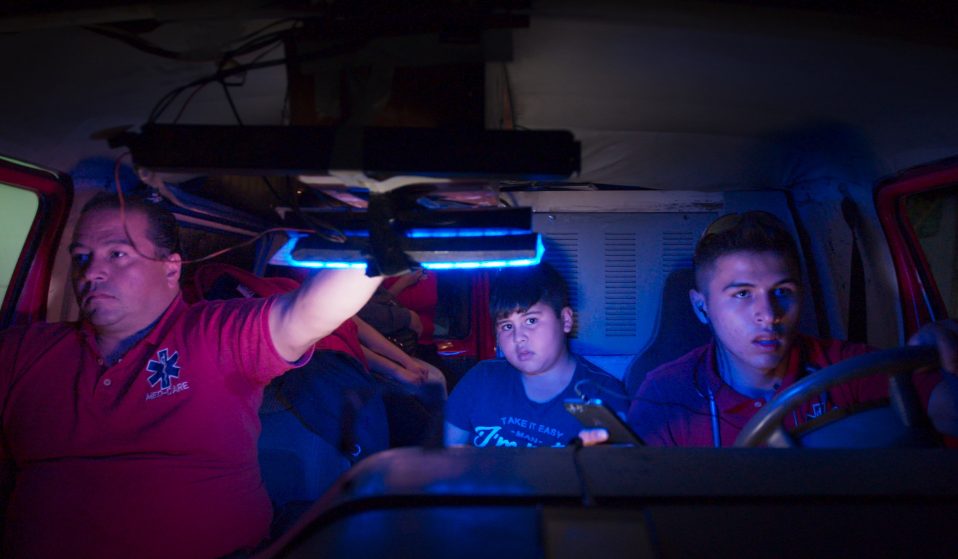 A new documentary examines the lack of government funding in the country, and the citizens who have been forced to pick up the slack.

A new documentary examines the lack of government funding in the country, and the citizens who have been forced to pick up the slack.

After following his college roommate to Mexico City with loose plans to film a Jim Jarmusch-style short involving the city’s automobiles, Luke Lorentzen met the Ochoas by chance: their ambulance was parked up outside his apartment. Curious about the vehicle’s back story and the family inhabiting it, the American director struck up a conversation with nine-year-old Josué, his father Fernando, and older brother Juan.

“They invited me to ride along with them and that first night I saw what you see in the film: this whole underworld of healthcare that was stepping in for a complete lack of government services,” he tells Huck over a transatlantic call.

With just 45 government ambulances responsible for the city’s population of close to nine million – London, by contrast, has 450 vehicles with an additional 100 fast response units for a population of similar size – the Ochoas are amongst a number of families in the business of privatised healthcare; for-profit EMTs picking up the slack, marrying their financial needs with patient survival.

Midnight Family is the product of Lorentzen’s first meeting with the Ochoas. Underscoring the societal imbalance and entrenched culture of corruption that ultimately upholds their work, the film was shot over 80 days across a period of nearly three years, and explores relationships with private hospitals and payments to police officers. A vehicle with which to highlight the ethical questions which shadow the family, six accidents streamline the narrative, offering a small window into a frustrating reality.

What were your initial aims, going into the project?
My goal from the beginning was to create an edge of your seat, rollercoaster of a film that forced viewers to live like the Ochoas for 90 minutes. To experience the ethical dilemmas they run into on an everyday basis, and really question right and wrong and how that plays into a system where government corruption and wrongdoing is so prevalent: to see the world from the lens of a good family trying their best but being pushed in really difficult ways.

You had an informal introduction to the Ochoa family. Were they quite open from the beginning?
Totally. The dad has been doing it for over a decade; Juan is only 17, he grew up in the ambulance but has only been working as an EMT for five years. The dad was a bouncer in a nightclub and met a bunch of EMTs that were working for the Mexican Red Cross. He started working with them, got medical training and then broke off and opened up the family business in 2010. The ambulance they were driving was one that got imported from Oklahoma, there’s this whole business of people getting medical equipment from the United States that is no longer used, and selling it in Mexico.

How did your relationship with them develop during the course of the shoot?
The relationship was the most important thing. When you think of the craft of filmmaking or storytelling – what people always talk about – the real work was the trust-building. Work isn’t the right word, but that’s what I focused my energy on, getting to know them, trying to get them to want me around, not necessarily like me but, convincing them that letting me in would create the full story. The friendship was key to opening the door to the intimacy that you see in the film. It was a leap of faith that we both took. You don’t know if people are going to take that and throw it back in their face, or really connect and empathise with how difficult their life is. It’s worked, I’ve been so happy with how audiences have come out, knowing where wrongdoing, complicated things happen but still embracing the Ochoa’s as people just trying their best. 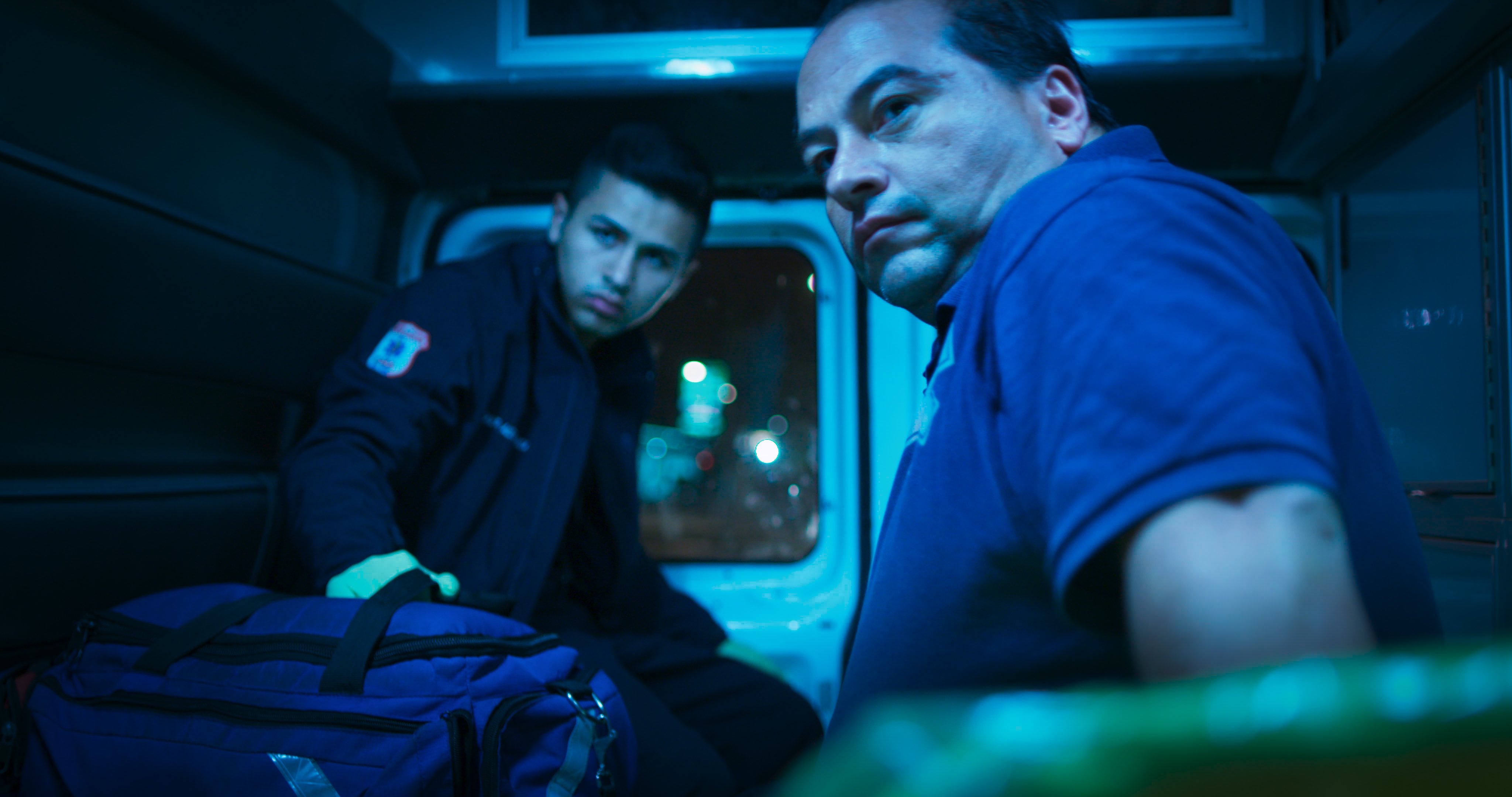 Presumably, the family must have had some apprehensions when you announced your intention to make a film?
They were happy to let me tag along, but there were fears in terms of how they were going to be portrayed; the reputation of private ambulances in Mexico could not be more negative, the only news about them is when something goes wrong. They were hesitant to talk about their relationship with private hospitals and different police officers, just basic levels of corruption that they rely on to stay afloat. That stuff slowly came to the surface.

How did the police react to you?
It varied. Some officers were people that I got to know and were comfortable with me filming – in a more intimate way then you see in the film (I pulled back for their protection).  There were other times where they’d be aggressive – you see that in the film where Juan’s thrown into the back of a police car – so it’s unpredictable. For the most part, they worked with the same two or three cops that I got to know well.

How would you describe the situation in Mexico compared to the US?
The healthcare system in the US is really complicated. The film hopes to show people what happens when money gets in the way of people receiving the care that they need, that when businesses are tasked with turning a profit and giving people care… at least in the Ochoa’s situation, neither party is surviving. In the US, it’s happening at a more corporate level, you have these giant pharmaceutical companies that are in the business of caring for people on a hugely for-profit model, which is such an absurd contradiction. 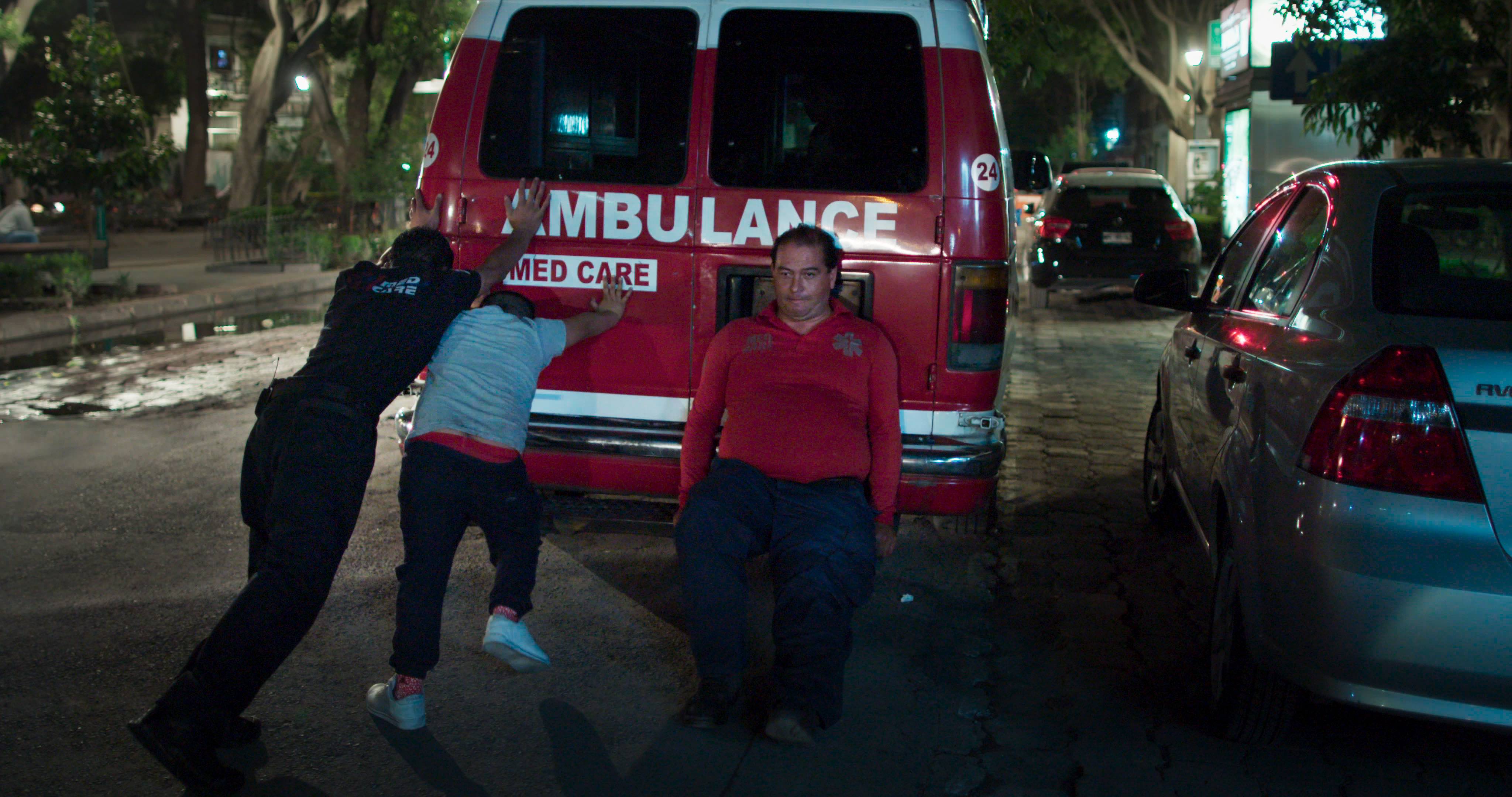 Has there been any external pressure in relation to the film being released in Mexico?
At least what I’ve seen, the people on the government side of things are equally frustrated with how dysfunctional their services are. They’ve been really supportive of the film – we’ve been in touch with the head of the government ambulance system – and he’s helping us get the film out into the world. He’s very aware that the government needs to do better so, it’s been a really productive dialogue and we hope the film can raise a bunch of awareness around what’s going on. But the film is also a story and, I think there’s a lot of value in that aspect too: storytelling for the sake of introducing people to a life and characters they otherwise would never meet.

Is there a specific person or group you hope watches the film?
There’s a lot of people in the healthcare world in Mexico that I met while making it, that I hope would come and see it; most have but others, like the different police officers and hospital workers, I would love to see it. People that work in the shadows and never get to see themselves on the big screen. And then, people higher up in government I think would get a really visceral look at what’s happening on a street level, how corruption, which is often talked about as money being passed from politician to politician, to see how that trickles down and affects really poor, hard-working people and the life and death of patients on an everyday basis.

Midnight Family is released in the UK on February 21.

Linkedin
RELATED ARTICLES
OTHER ARTICLES
To mark the anniversary of the mass trespass of Kinder Scout, a group of hikers came together with the intent of creating a new, fully inclusive culture for rural spaces.
The situation in Afghanistan remains dire, with many groups facing persecution at the hands of the Taliban.
The government is scrapping the Human Rights Act in a move that will hit marginalised people hardest.
Government plans to make it harder for people to go to university will only entrench inequality.
The revered showbiz chronicler recalls his journalistic beginnings, documenting subcultural scraps in the ’80s.
From the Yakuza to a biker gang, Bruce Gilden recounts capturing Tokyo and Osaka in the ‘90s.