Art & Culture / Film / Al Pacino on Harmony Korine: “One of the greatest experiences of my film life.” 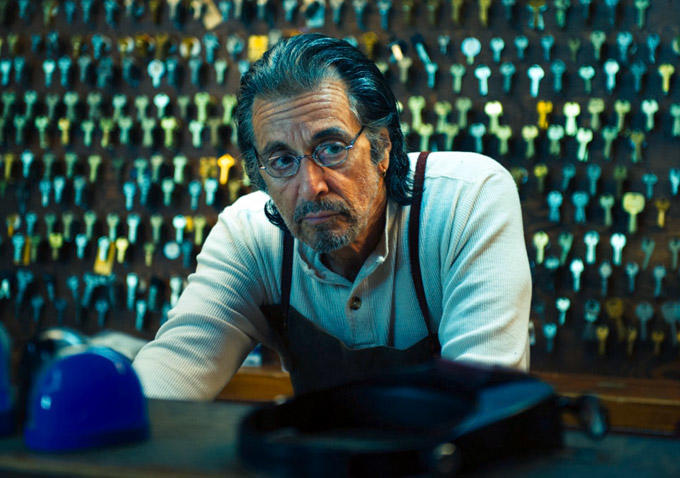 If there was anymore proof needed that Harmony Korine – New York skate rat-turned darling of Hollywood – had fully crossed over into the mainstream, Al Pacino’s declarations of love are pretty much it.

Since he sidestepped into the movie biz after writing Larry Clark’s 1995 shock horror Kids, which showed a bunch of New York gutter youths in the shadow of the AIDS epidemic, Korine has been slammed, worshipped and misunderstood by most who encounter him. You’re either really into pervy old people dry humping garbage on VHS, or you’re not. Love him or hate him, Harmony almost always gets a reaction.

He also has a way of charming his collaborators until they’re pitchfork-eyed – ‘corrupting Disney princesses’ and compelling celluloid greats such as Werner Herzog to call him “the future of American cinema”.

But Al Pacino? Holy shit, that’s the Cafe Patron of movie endorsements. This is Michael Corleone we’re talking about. Enigmatic lynchpin of one of the most (THE most, in my opinion) important film enterprises of all time.

When dogs like Pacino start to swoon under the cuffs of Harmony’s Fila trackie jacket (which is sick btw), everyone and their hairdresser’s mum needs to sit up and take note. This guy is a cult leader, and the hell-raising missiles he’s been launching on the industry the past couple of decades have started to take root.

Now Harmony’s announced he’s working with Oscar winner Jamie Foxx on his new film The Trap, it’s only a matter of time before the silver screen’s favourite reprobate is embraced into the Academy too. But be warned powerful men in suits, nobody puts baby in the corner.

Linkedin
RELATED ARTICLES
OTHER ARTICLES
The psychedelic '60s were ignited by Ken Kesey, a gang of misfits and a bus-load of drugs... but the experiment is far from dead.
New York City's Cerebral Ballzy tear up the streets of London in the name of punk.
We caught up with Supra Skytop pioneer and OG skate star Chad Muska in Spring 2011.
Photographer-filmmaker Larry Clark has been keepin’ kids real for forty-plus years.
A rant about Twitter and other annoying things, by Dave Carnie.
HUCK meets the Satan-worshipping ripper from the Mormon state who is inspiring a whole generation of skate kids to hesh it out.