Art & Culture / Film / American Juggalo 2: Into the heart of America’s most misunderstood subculture

Independent filmmaker Sean Dunne returns to the world of the Juggalos and explains how psychedelics have given him a new way to empathise and connect with his subjects.

Independent filmmaker Sean Dunne returns to the world of the Juggalos and explains how psychedelics have given him a new way to empathise and connect with his subjects.

Midway through our transatlantic Skype conversation, filmmaker Sean Dunne’s attention begins to wander. “I’m staring out of my window watching these guys do construction,” he says, in awe. “All I can think is how cool it would be to just get a couple of their thoughts on tape and a couple of shots of them.”

We’ll forgive this minor digression, because it serves to illustrate Sean’s fascination for people and his ability to connect with them – even those from some of the most hard to reach underground communities in the United States. 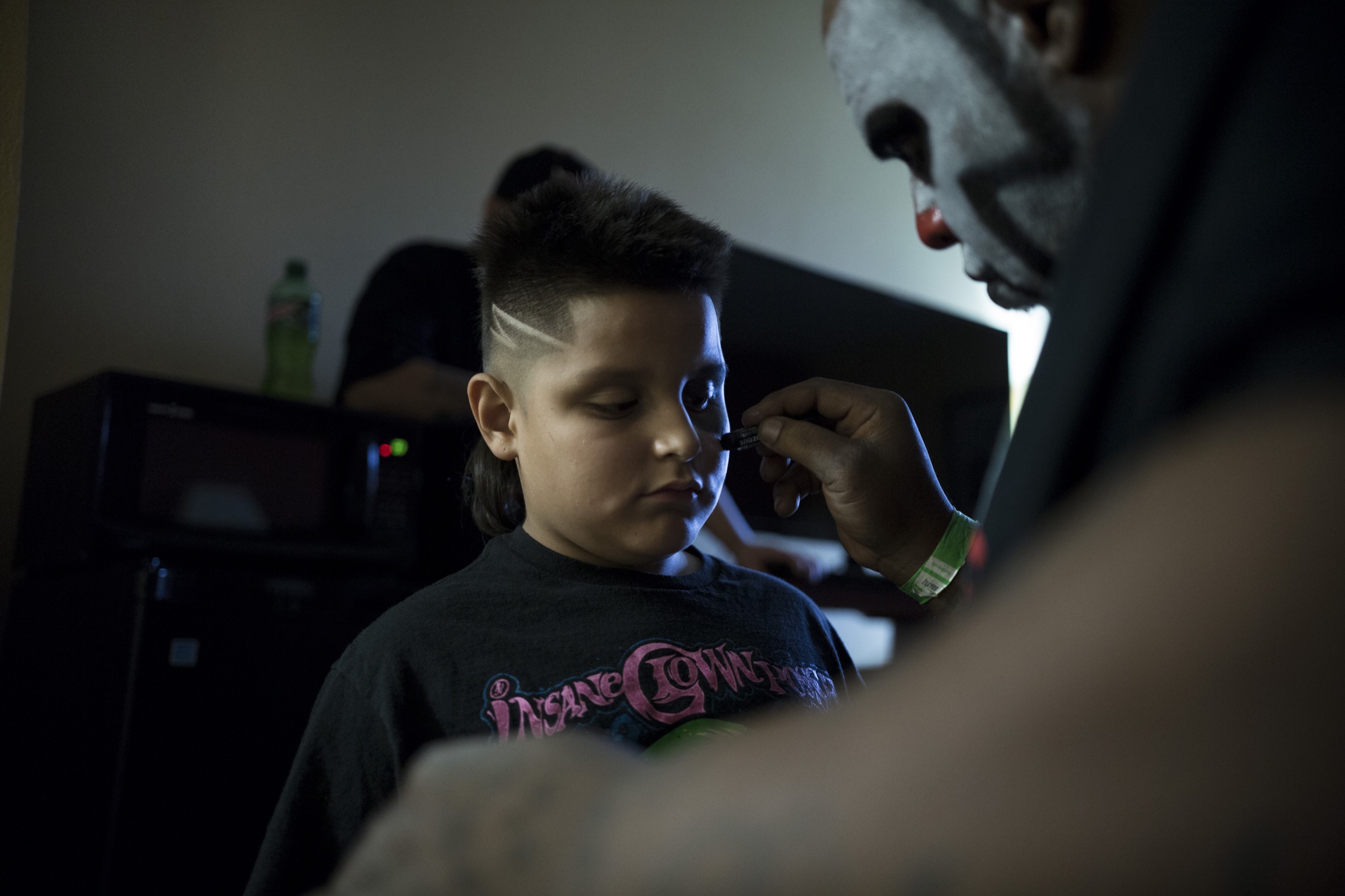 With no commercial backing, Sean has freed himself from the constraints that most filmmakers are forced to work under by using crowd-funding and internet distribution. His defiantly independent approach has allowed him to immerse himself into controversial subcultures, from the addicts gripped by West Virginia’s oxycontin epidemic in Oxyana; to the women who find wealth, empowerment and community through nude webcam modelling in Cam Girlz; or the gutter prophets who wander the sun-bleached street corners and parking lots of Southern Florida in Florida Man.

Five years later, American Juggalo 2 introduces us to Alexander “Less Legs” Perkins, an African-American Juggalo from rural Pennsylvania who lost both of his legs to a train accident – which he credits with saving him from a life of crime, jail or worse. 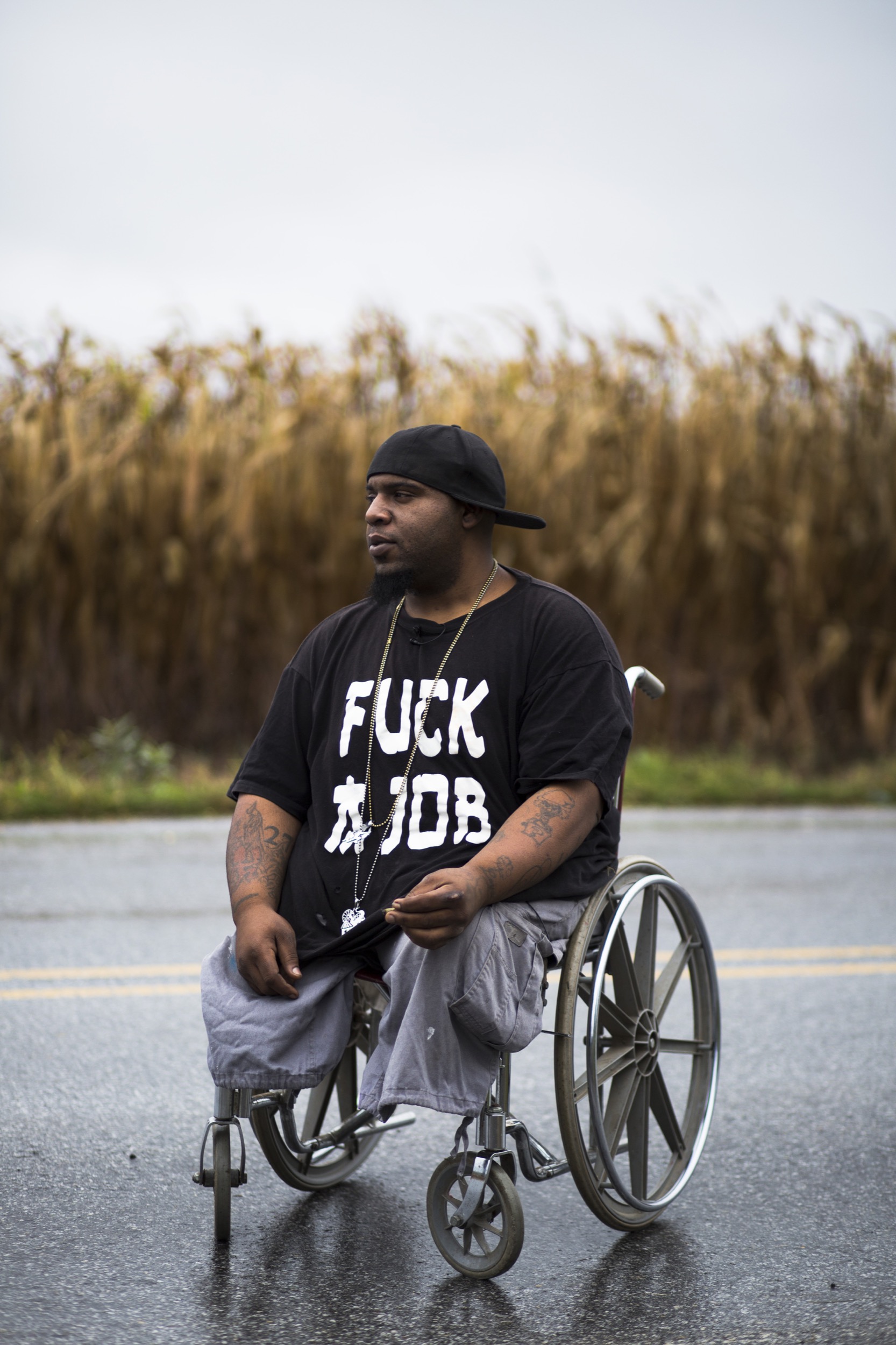 “I never in a million years thought I would be doing another Juggalo film,” Sean explains. “But one day, I was listening to Howard Stern’s radio show and this Juggalo called in. He honestly just blew me away. His whole essence is really reflective of the way [me and my filmmaking team] are seeing the world right now.”

“I think the thing that drew me to Less was when Howard Stern asked him, ‘If he could snap his fingers and have his legs back, would he?’ and he said no,” Sean continues. “When we got to shoot with him, I realised really quickly that he’s just living a life of gratitude, humility and love.” 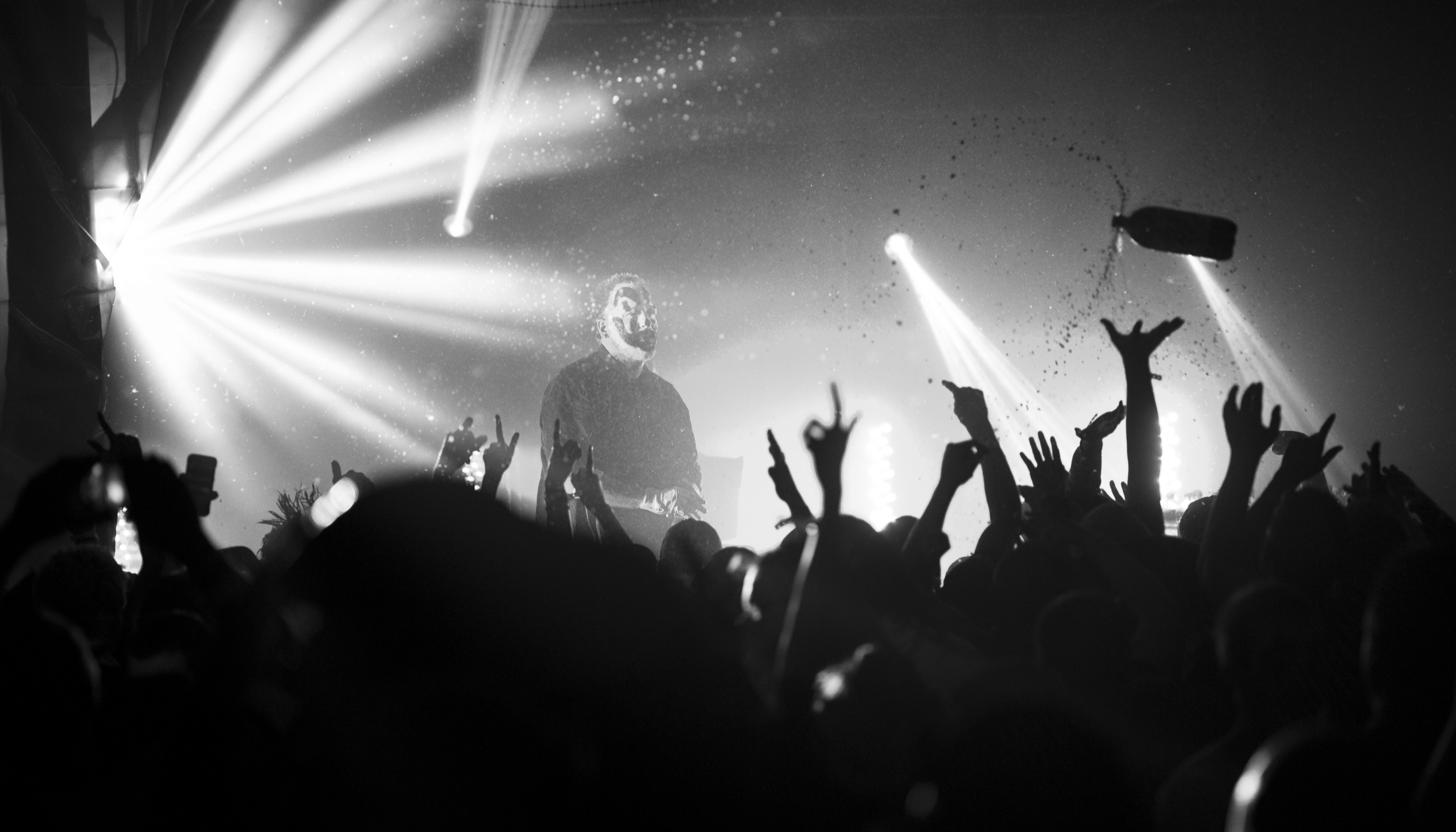 For Sean, Less represents everything positive he’s seen from the Juggalos. “This guy inspired me to live with everlasting grace,” he says. Less is an inspirational character whose outlook on life could help dispel all of the misleading and negative myths perpetuated about the community.

“For the most part, Juggalos are people who have probably been outcasts their whole lives,” Sean explains, “whether that’s because of poverty, their parents, where they were born or their social situation. But these people are outcasts who have found love and salvation in community. They’re open, loving, accepting people and when they come together it’s palpable, there’s a feeling of love in the air. Less puts it really well when he talks about the light that shines from each person – and you feel that.” 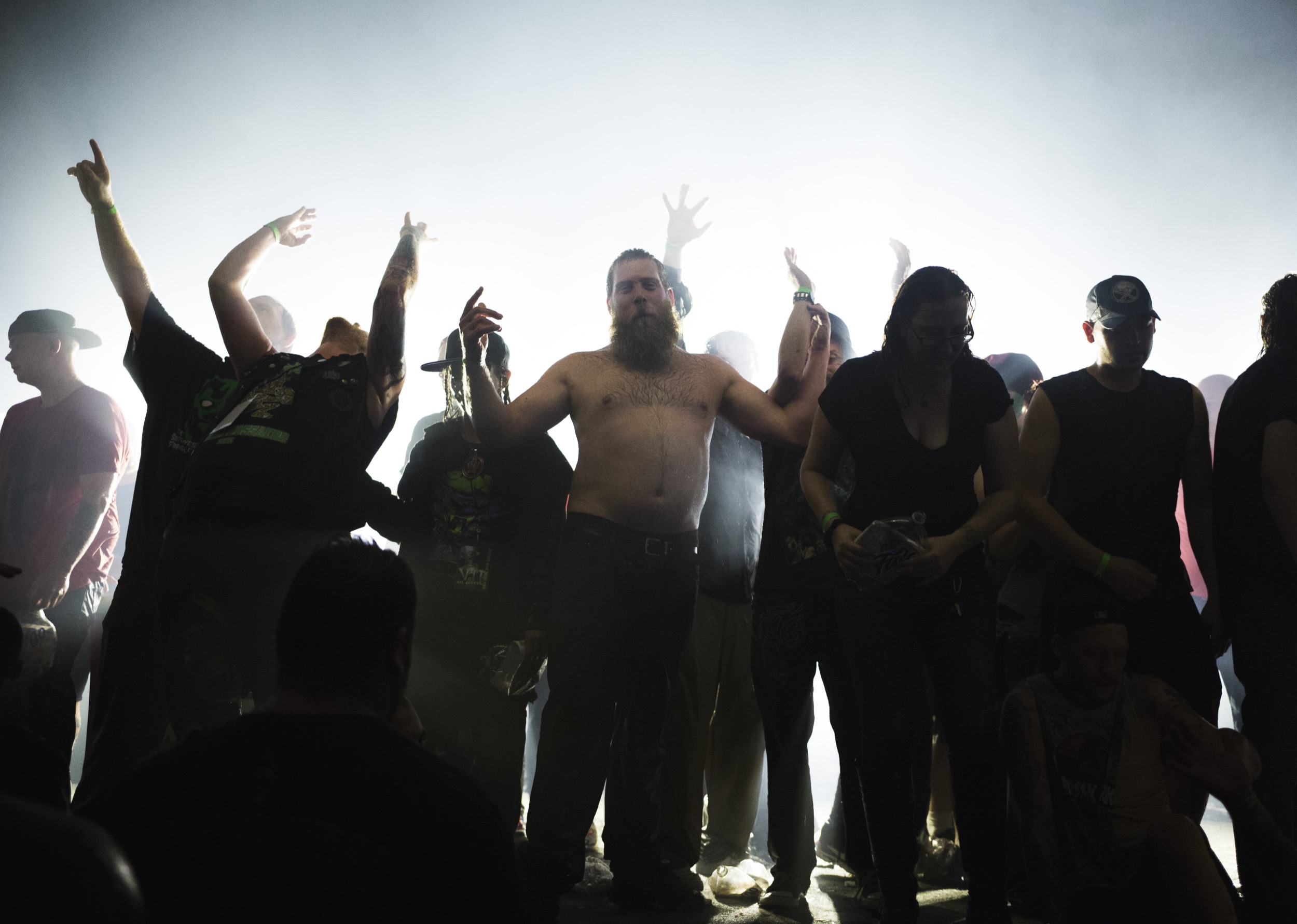 At a time when Brexit and the rise of Donald Trump are reflecting the growing fear and insecurity born out of the splintering of our communities on both sides of the Atlantic, Sean feels we should celebrate the Juggalos, who have embraced connection and built a shared family – however dysfunctional it may appear to outsiders.

“Our culture of celebrating the individual and our recreational bitterness makes the Juggalos an easy target for trolling,” he says. “Hopefully these films can make a little dent in people’s consciousnesses, fuck with them a little bit to make them feel differently about people they otherwise would have cast off.” 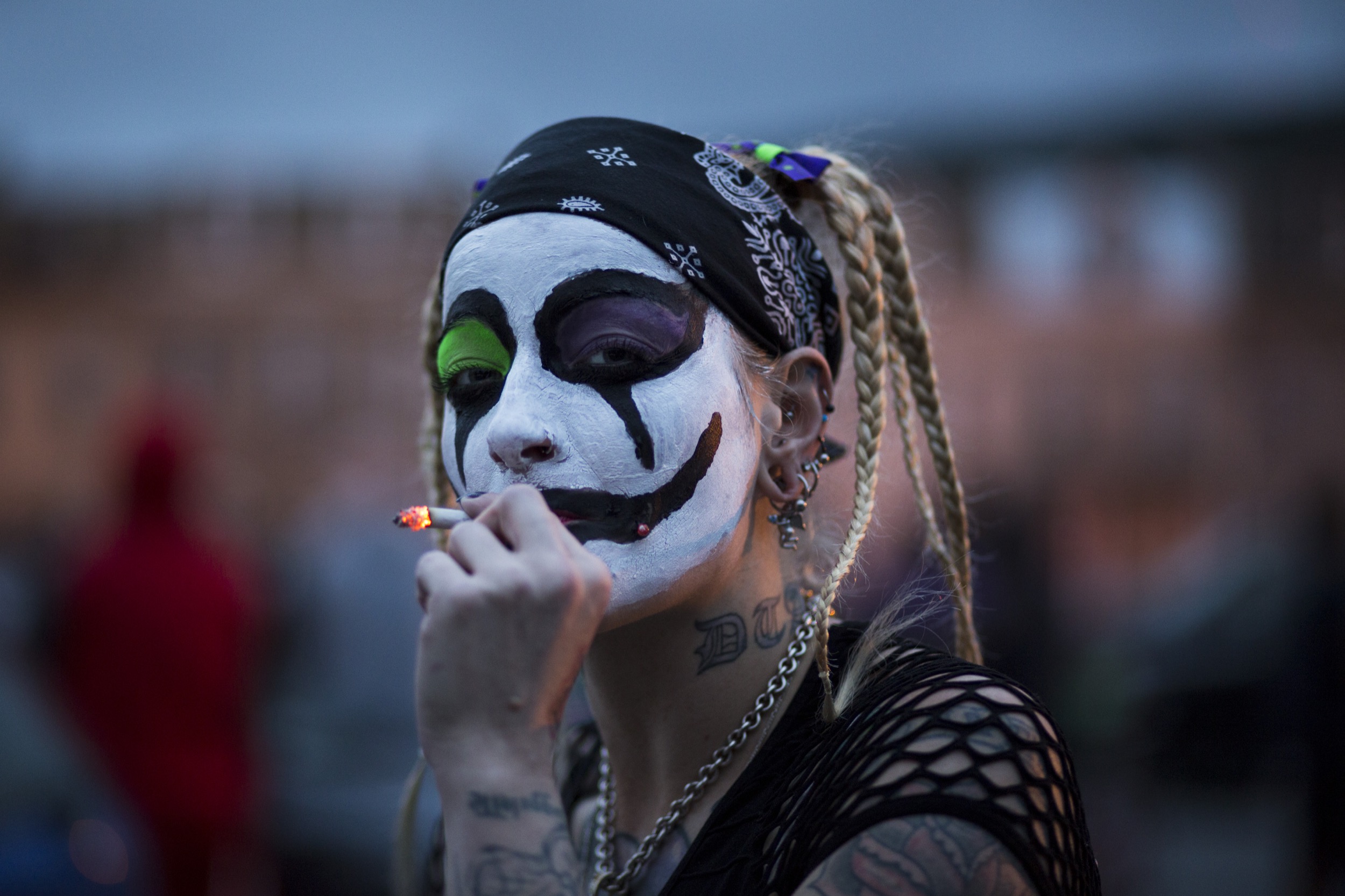 Whether his subjects are black bikers, nude cam models, drug addicts or Juggalos, Sean has developed an ability few directors possess: to immerse himself in non-mainstream communities, champion what binds them together and – most importantly – allow them to speak in their own words.

“The more I do this, the more I’m noticing the threads that connect each film,” he says. “This might sound weird, but it’s very personal to me and my team: it became really clear to me when I first did LSD that all of my films are a celebration of humanity. We can use them to break out of our own cultural conditioning, around sex work, for example. We want to bring people an interesting package, not some paint-by-numbers documentary bullshit. I love it when that challenges people and I will continue to fuck with people who are uptight.” 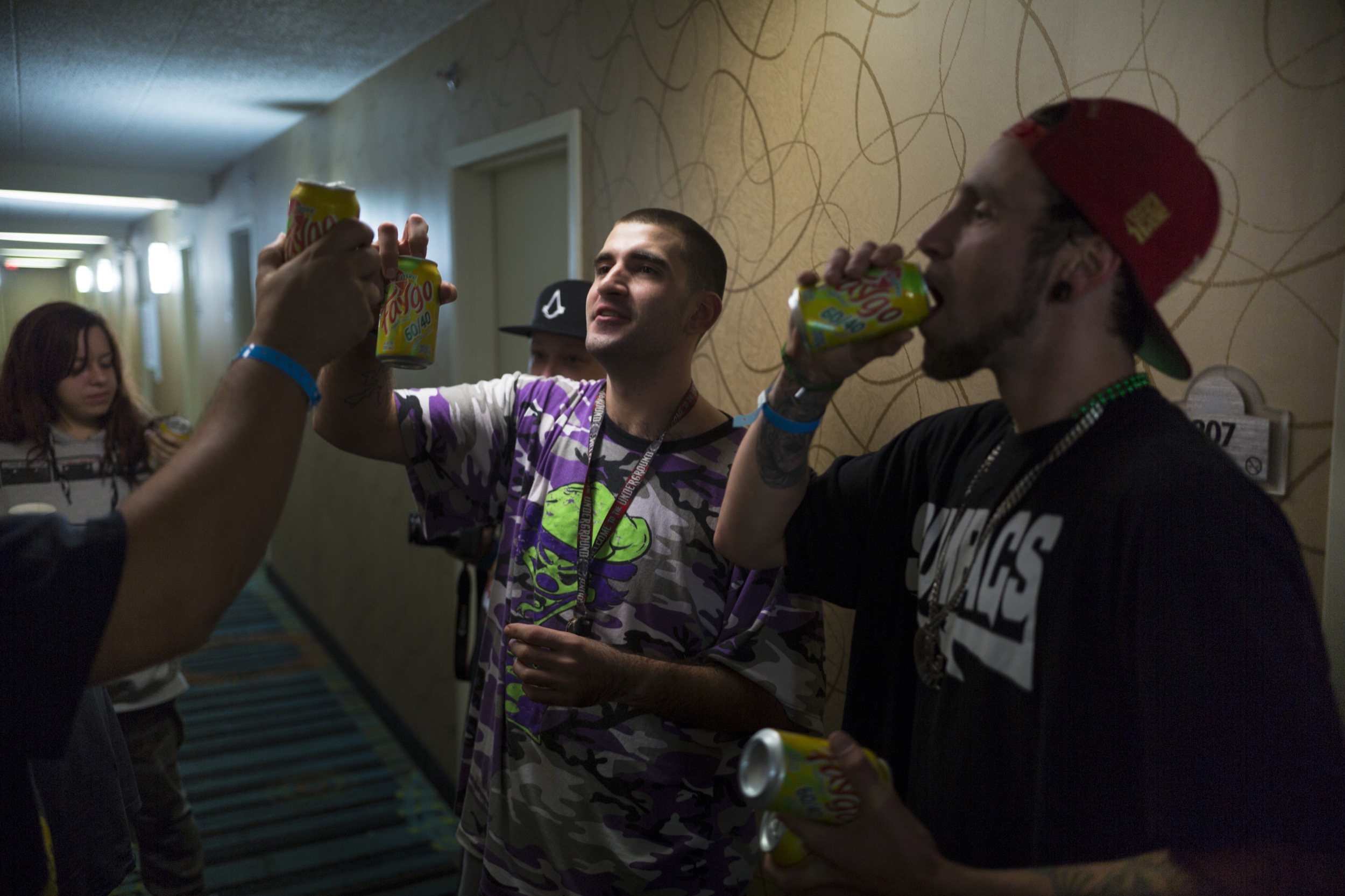 Sean admits he arrived at psychedelics relatively late. He’s just celebrating his three year anniversary of stepping through the doors of perception, a journey which began with an impromptu mushroom trip with strangers at his apartment in an old pencil factory in Brooklyn, on a rainy and drab New York November day.

Psychedelics, meditation and a greater emotional connection with his subjects and everyone around him have now become a regular part of his life – and that of his core team, producer Cass Greener and editor Kathy Gatto. They’re now going broke to put out every film for free, but it’s all part of a re-focussed mission to spread understanding and demolish barriers between people through filmmaking.

“I’m trying to expand people’s consciousness a little bit,” Sean explains. “Each film is a new challenge for us to dive into communities that we may have reservations about, but to try to find the light and the love there. Practising psychedelics reflects itself in our lives and our filmmaking because we can become better vessels for these stories.” 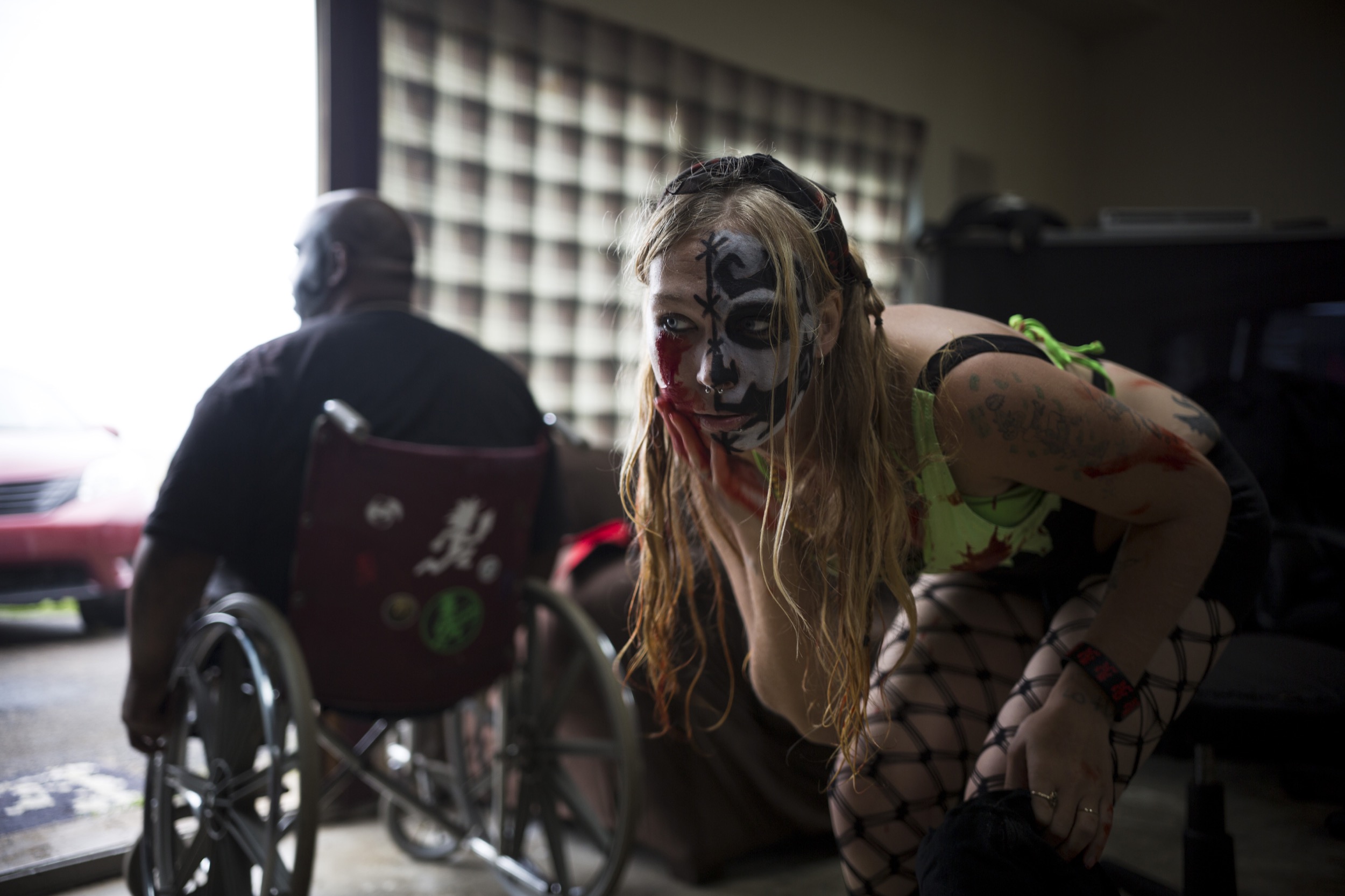 “This film is such a pure expression of the way I’m seeing the world right now,” he continues. “Just like Less is not the victim of his circumstances, but is a receiver of light, I’m not a prisoner to the expectations of others: I can be truth, I can be love, I can embody all these things. You do that by slowly but surely dissolving the ego and getting away from the bullshit that’s telling you to make money or grab industry attention. When psychedelics help us to do that, they’re lighting in a bottle.”

Linkedin
RELATED ARTICLES
OTHER ARTICLES
After rewriting the indie rulebook with her devastating songs about romantic longing, the singer-songwriter is now imagining a future in which the artist is no longer a product.
Photographer Bud Glick recounts documenting everyday life in the area, and what it taught him about the Chinese immigrant experience.
Students are being left to languish in unsafe housing, in some cases leading to serious health complications.
Last week, Tower Hamlets council removed its nudity-restricting licensing conditions in a huge win for London’s kink community.
A series of photos by the late Jerry Dantzic taken in 1957 show a tender side to the iconic Jazz musician.
Protestors gathered outside Downing Street following the latest atrocities committed by Israel against Palestinians living in the besieged strip.