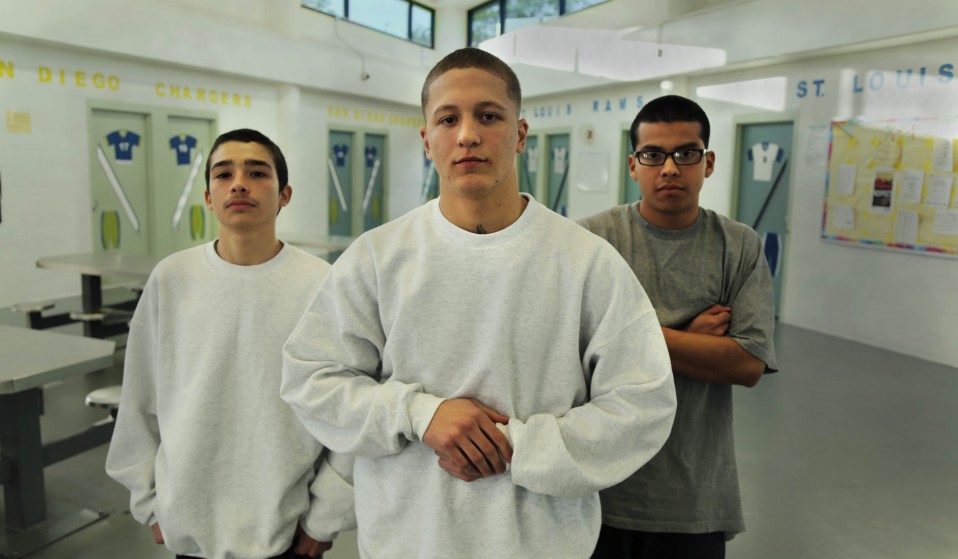 In a dark corner of the American legal system, children face life sentences in adult prisons for committing violent crimes.

In a dark corner of the American legal system, children face life sentences in adult prisons for committing violent crimes. Ben Lear's new documentary, They Call Us Monsters, follows a group of boys locked up awaiting trial as adults, forcing the viewer to confront their preconceptions.

We all made mistakes as children, made judgement calls that looking back now we regret. Often these are minor indiscretions, which under a veil of innocence and with a supportive family fade into insignificance over time. But sometimes these slip-ups are somewhat more sinister, and the consequences can quickly escalate out of hand.

Justice systems on both sides of the Atlantic have long taken into account the fact that young brains aren’t the same as those of adults, and according to the latest research we don’t stop developing up there until we hit 25. It’s for this reason that youth courts, juvenile detention centres and separate sentencing guidelines exist; treating a 14-year-old the same as a fully gown adult for breaking the law just doesn’t make sense.

But in the United States this isn’t always the case, a process called a “waiver” can see judges take away from a young person the protections that juvenile courts provide. While in most states this can only be applied to those aged 16 or over, in some places children as young as eleven are known to have faced adult trial, with life sentences often dished out.

It’s a dark corner of the American legal system, and it’s an are filmmaker Ben Lear stumbled into, but was soon desperate to explore.

“This all started about four years ago,” explains Lear over Skype from his home in LA. “I was sitting in on a writing class in a Los Angeles juvenile hall. Immediately I felt really connected to these kids, they were different to what I’d been expecting in every way.” The classes, run by non-profit organisation Inside Out Writers, were filled with teenagers awaiting trial or found guilty of a whole host of unthinkable crimes. Much to Lear’s surprise they were still teenagers: awkward, funny, goofy and shy.

“I had lots of half-baked notions of good and evil, right and wrong,” Lear continues, “that criminals should be locked up and punished forever. But this experience saw my views reshape, growing much more nuanced. I wanted to share that evolution with an audience.”

He’d been intending to write a scripted film set in a prison, he was only in the classroom for research, but soon They Call Us Monsters was rapidly developing. It was around this time that Lear became more familiar with the situation facing juveniles facing trial as adults, in California children aged between 14 and 17 can be charged as adults for violent crimes, and everything just slotted into place. 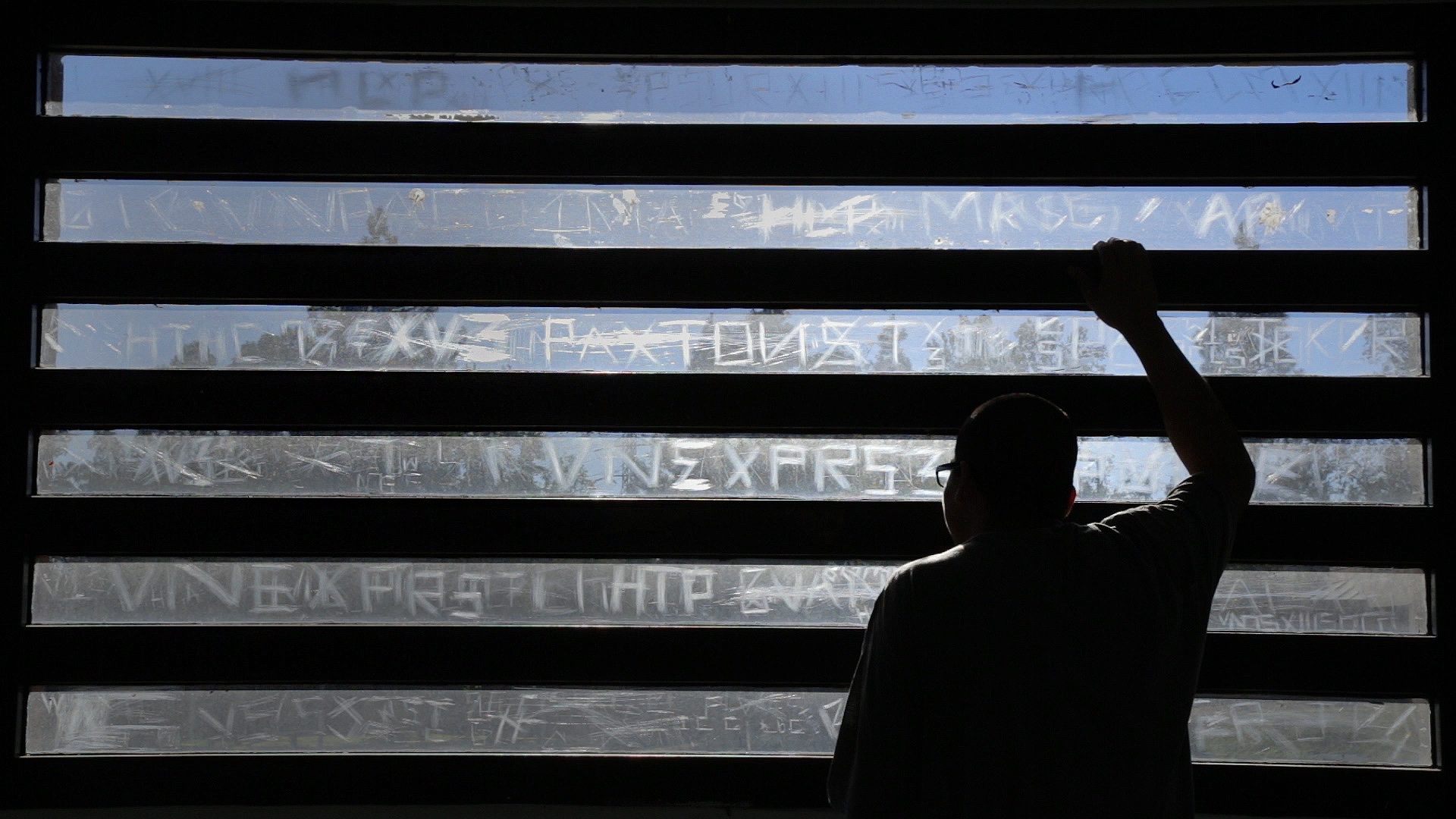 Filmed in Sylmar Juvenile Hall just north of LA, Lear’s debut film follows four young guys as they await adult trial. Having been charged with serious violent offences, they’re incarcerated away from other minors, or as Lear puts it, “in a jail within a jail”. Meeting twice a week for ten weeks, Lear captured a new screenwriting class, with a teacher tasked with writing a short film script with these four boys.

“I wasn’t allowed to talk to them about their crimes as they were awaiting trial,” Lear explains. “Everything I wanted to learn had to come from someone else. It threw up a huge barrier in understanding things like motivation; they just couldn’t talk about that if claiming innocence.”

“Also, the movie was never about whether they did it or not,” Lear continues, “but why they did it.”

“True crime films are all about did they didn’t they. We wanted to say, let’s assume this person did kill four people, did shoot someone in a park. Here are 80 minutes where you get to know them in better detail: who they are, where they come from. Now you should make up your own mind about whether they should come out of prison one day.”

Adult trials also mean adult sentences, and that can often mean life sentences (or de facto life sentences) without any chance of parole. For those who support this type of sentencing the issue is black and white: violence is violence, danger is danger, people must take responsibility for their actions. 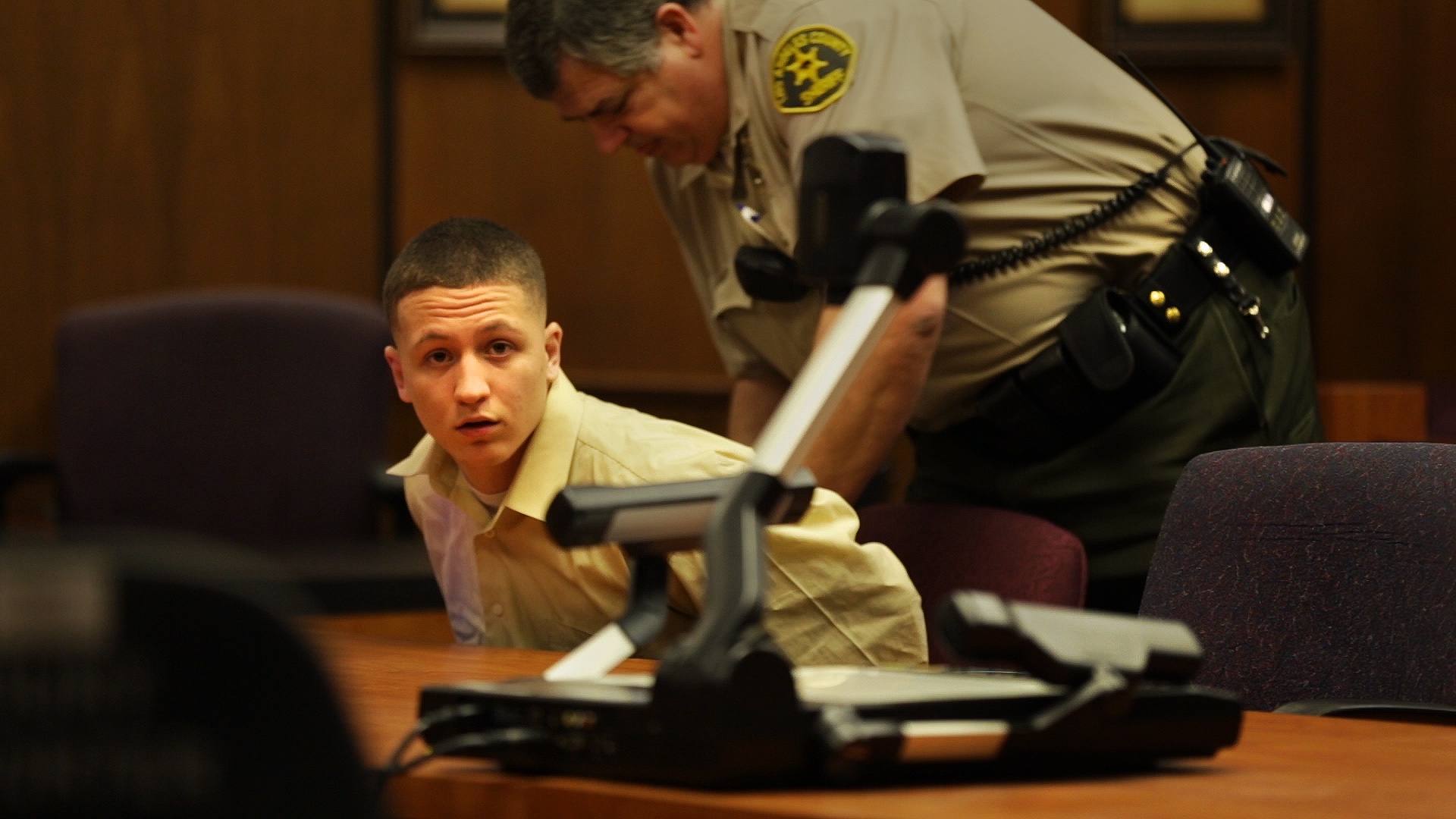 “From the very beginning [the boys] were down for being ambassadors for kids in their situations,” says Lear, when asked what motivated his subjects to take part in the class. “It gave them courage to show openness and vulnerability that they may otherwise never have expressed.”

The process was also a chance for these kids to be kids, Lear tells me, for what might well have been the final time. “I would go in with the teacher, and we’d bring a small crew and the same staff each time.”

“They’d be pulled from their own unit and taken to an empty unit to do the project. We created a bond and vibe, fun and creative. It allowed them for moments at a time to slip out of being incarcerated to goof around and have fun.” In their last filming session, Lear explains the staff, crew and kids had a full on cupcake war, a far cry from the daily grind of compound life. Enjoying childish fun and games takes on whole new meaning when they might well be your last.

They Call Us Monsters forces its audience to reassess what justice looks like for children, at a time when campaigners are pushing hard for reform. Since filming started, already Californian law has started to change, now juveniles tried as adults are guaranteed a parole hearing after twenty-five years, even if their sentences were hundreds of years or straight up life. And change is continuing to come.

“Some states have been sat on their hands, too nervous to do anything when it comes to violent offenders,” Lear tells me. “Everyone is fine for reform on non-violent crimes and low level drugs offences, but we can’t deal with issue of mass incarceration without also dealing with violent crimes. The majority of people in prison are there for violent crimes. so dealing with juveniles is a nice entry point.”

Lear also shot the script the boys wrote in their classes outside of the prison walls, the actors having visited the prison went on to bring their creation to life. “This beautiful footage could then be used as a look into their inner lives, their past, dreams creative process, both rewriting and remembering their past,” Lear explains.

“What they wrote was a loss of innocence story where they rewrote their own endings.”

Linkedin
RELATED ARTICLES
OTHER ARTICLES
A new law change is enabling Britain’s donor-conceived children to know the truth about their origins – but campaigners say the fertility industry must do more to protect people.
After building his reputation covering the US civil rights movement in the 1960s, the photographer went on to produce some of the most enduring images of the past century.
Filmmaker Laura Poitras discusses her new documentary which traces the remarkable life of the artist-activist and the impact of her battle against the US opioid crisis.
A recent High Court ruling against the right to wild camp in Dartmoor National Park sparked the largest land protest in history – and campaigners say their fight is not over yet.
Tristan O’Neill’s shots of dancers caught in moments of reverie at the height of rave’s golden age are a testament to the UK’s legendary club culture.
AI companies that develop image-generators using copyrighted artwork from the internet are coming under fire from artists who say that it amounts to theft.