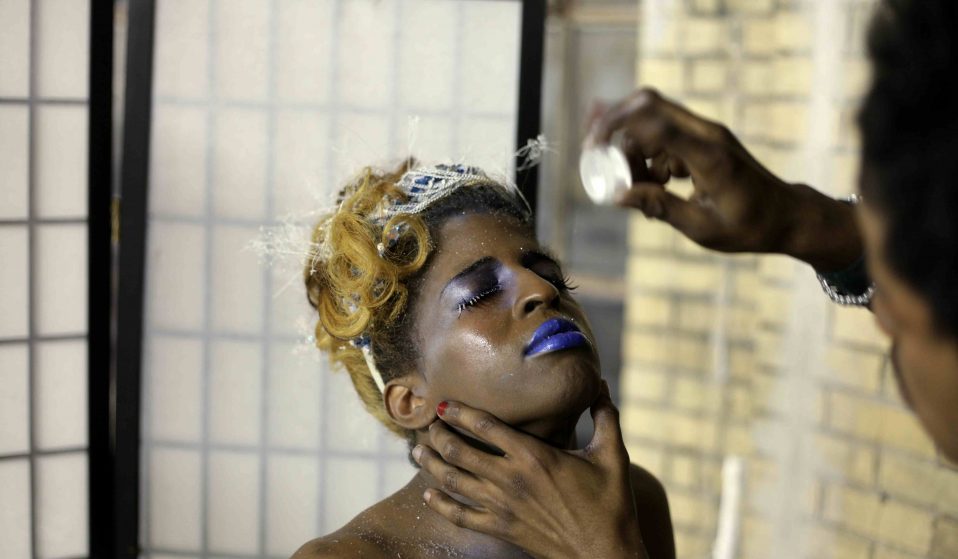 In Pier Kids, filmmaker Elegance Bratton returns to Christopher Street Pier, an area steeped in LGBTQ+ history and the place where he spent 10 years of his life homeless

In Pier Kids, filmmaker Elegance Bratton returns to Christopher Street Pier – an area steeped in LGBTQ+ history and the place where he spent 10 years of his life homeless – to connect with its current inhabitants.

Most non-fiction filmmakers have some kind of proximity to the topic their film addresses. With Pier Kids, a film about youth homelessness in queer communities of colour in New York City, the director’s connection is closer than most. African-American filmmaker Elegance Bratton spent 10 years of his life homeless, before enlisting in the US Marine Corps and becoming a combat cameraperson, later attending college and turning to non-fiction film.

After a series of shorts and a Viceland series on ballroom culture, Pier Kids is Bratton’s first feature film and sees him returning to a place he knows well – the Christopher Street Pier. He creates a portrait of the young people – mostly Black, queer, and homeless – who have made this public space into a community, often after facing exclusion or persecution elsewhere.

It’s a far-reaching spatial study, but one grounded in the stories of three individuals – DeSean, Casper, and Krystal – who the film follows. We spoke to Bratton about his personal connections to Christopher Street Pier, and the people that inhabit it.

How and when did you start this project?

I started the project in the summer of 2011. At the end of my first year of college at Columbia, I saw all the kids getting ready to go home at the end of the semester. It’s a big deal to return home at a school like that. It caused me to ask myself some really deep questions regarding what home is. Prior to college, I had spent ten years of my life homeless, and a huge component of my journey through homelessness involved going to the Christopher Street Pier.

It all dovetailed in on me whilst thinking about these ideas about home, and realising that the Pier was the one place I feel comfortable answering these questions. I looked around and I realised that this was because this place was filled with people like me: people of colour; homeless kids; Black, queer kids. I realised that home is the place where one is most deeply understood, and this is the one place in the world where I can just walk out and suddenly everyone understands who I am and why I’m there. So, I started making the movie, and then, over the course of the next five years, I filmed about 400 hours of footage, which eventually became this 84-minute-film.

Could you tell me more about your experience of homelessness, and of having such a personal connection to the subjects in your film?

My own journey into homelessness officially began when I was sixteen and was kicked out for being gay. I was given an ultimatum: get a girlfriend, or leave. So I left. I’m from Jersey City, which is very close to New York City. When you’re broke, and you live near a major city, what you often do is go to the city, because there’s all this free stuff you can do if you can find the money to get on the train. So I’m on the train, and I see these three Black gay men just carrying on. I had no idea you could be queer and flamboyant in public, so I followed them and they led me to Christopher Street. When I got off the train, I landed in a place where, for the first time in my life, people were excited to see all of me. The fact that I was gay was celebrated; the fact that I was a Black male was celebrated. It was the first time in my life where my intersectional identities were really able to co-mingle, and I felt like a complete person.

As for the second part of the question, we don’t call them subjects in this film. We call them participants, because without them, there would be no film. Their permission is literally what makes the film happen. So I think a part of what you see on screen in our relationship is the respect that I have for these individuals that are brave enough to allow a camera into the parts of their life that most of us are hiding. Ultimately, I feel as though the point-of-view of this film is that of the pier kid, not an onlooker. While you watch it, you are transported into the skin of an oppression that requires community, friendship, and family – chosen family that is – for survival. 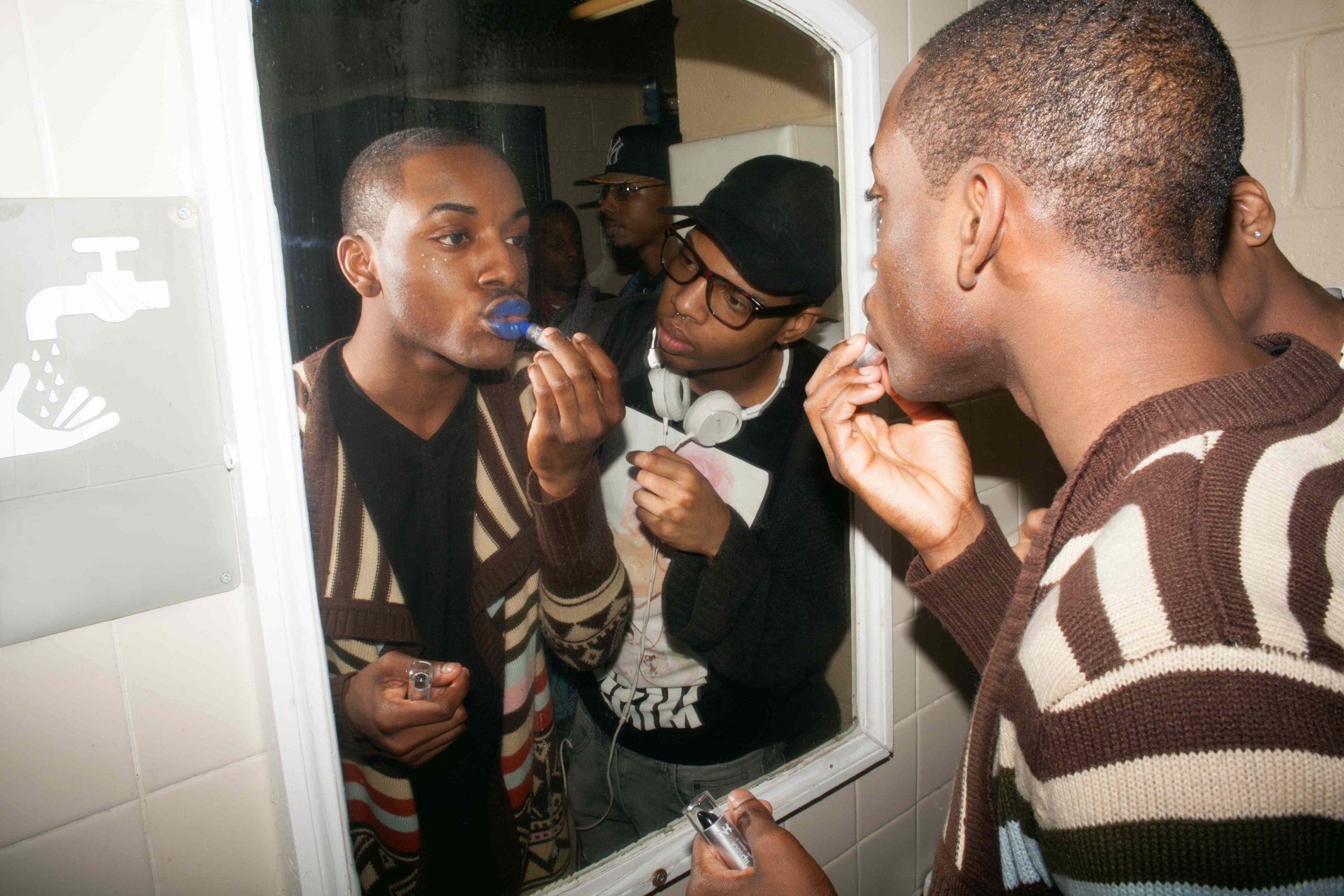 How did you know when it was right to film and when to just be there in the moment?

The camera is almost like a diary entry. I was watching someone write in their diary, and to a certain extent, re-living things that I had been through, but through a lens. I have this personal idea that the best art ever made deals with three ideas: God, fear, and sex. Whenever I felt any of those three things happening, the camera had to be turned on. When the camera went off was determined by the people on screen, or by my own sense of judgement or discomfort. I also had to be aware of my own self-care. Sometimes, it was too much for me to see these situations through a lens, so I needed to just be there with people.

It was important for me to make a movie that revelled in the idea of agency and choice. You might assume that a homeless kid has no choices to make in life, that everything is just happening to them, but I think that assumption is dehumanising and also relieves audiences from the responsibility of actually empathising on a real level. Everyone has choices to make, even in situations that might feel as though they’re totally disempowered. I tried to just make it about agency, and always remain present when I felt my presence could empower.

How do you deal with history in your work, particularly the histories present in this area?

In America, there are two million homeless youth, and 40 per cent of them are LGBTQ+. Half of those are LGBTQ+ people of colour, and a significant amount are African American. This problem has persisted since 1969 – at the very minimum – at Stonewall. Sylvia Rivera, Marsha P. Johnson – both of them were homeless. There has been an unending flow of homeless queer youth of colour on the Pier, and I am part of that flow.

There’s a rage and a sadness in me that the queer revolution that gave us gay marriage and gays in the military, and all of this incredible progress, somehow didn’t trickle into my Black working-class household. So when I’m making this film, I’m acutely aware of this gap of information, and this gap of representation.

I think one of the tragedies of being in a minority group is that history is often told by the winners. By virtue of being in the minority, you’re automatically erased. You exist in a reality of loss. So there is very little record of the tens of thousands of queer youth of colour who have been on the Pier, whose very presence instigated the gay rights movement.

Stonewall is an event that occurs because of police brutality and harassment towards Black and brown people attempting to experience freedom. But where are those stories? Where do we get to hear about their experiences, outside of a handful of people of colour’s stories that have made it from their lived experience into our historical database?

What I need to be doing is to be present watching the young people walk in their ancestor’s footsteps, and if we see them walking on the Pier, we can imagine what it was like for Sylvia or Marsha – without turning the film into homework. 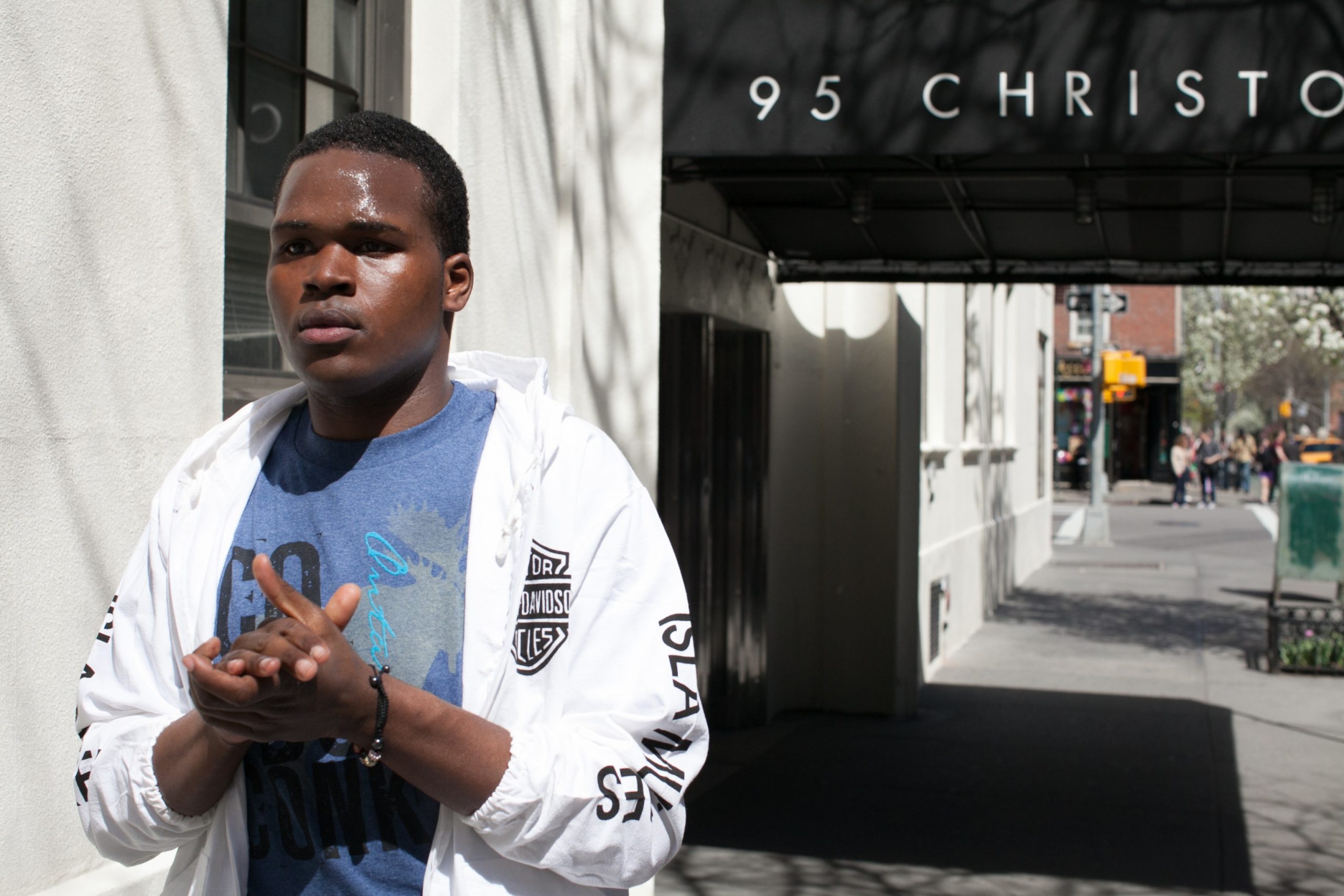 Watch the Q&A screening of Pier Kids, taking place online as part of Edinburgh’s Take One Action Festival on 23 September.

Linkedin
RELATED ARTICLES
OTHER ARTICLES
The demonstration took place this week over plans to slash £50m from arts bodies in London.
Photographer Jeffrey Silverthorne always treated his subjects – often those living on the margins of society – with empathy and respect.
Meg Handler’s photos capture diverse groups of New Yorkers coming together for the collective cause of civil rights.
Jack Lueders-Booth reflects on capturing the community that lived and worked along the city’s busiest railway route during the 1980s.
Hackney Bumps is a DIY sanctuary in the heart of East London, home to a thriving diverse community of skateboarders – and beyond.
Proponents of personality tests argue that they’re necessary to find the best person for the job – but in practise, they’re often discriminatory.