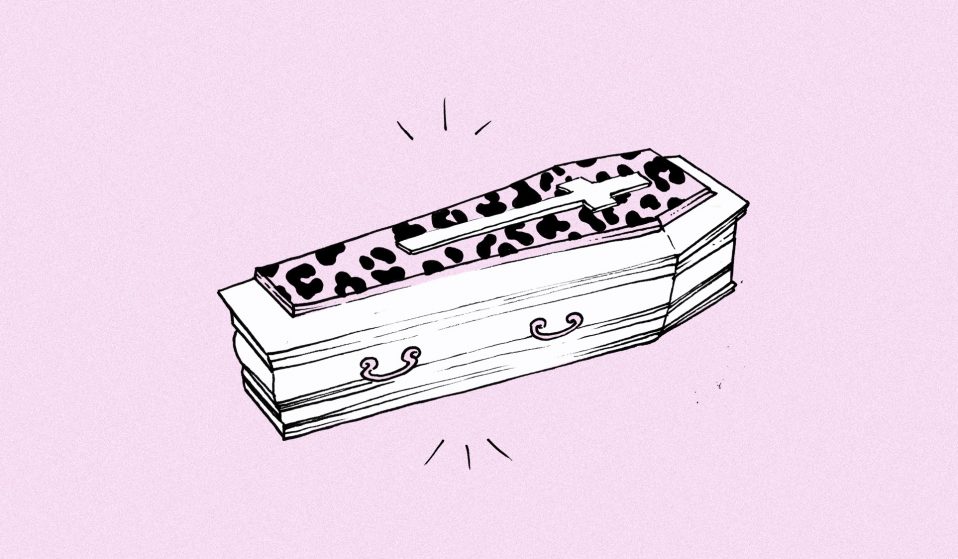 From leopard print coffins to environmentally friendly ceremonies, Arka is the women-led funeral home changing the way we deal with the death process.

From leopard print coffins to environmentally friendly ceremonies, Arka is the women-led funeral home changing the way we deal with the death process.

On the corner of Surrey Street in Brighton is an airy space furnished with soft fabrics, flowers, statues… and a coffin in the window. It is home to Arka Original Funerals: a female-run, progressive funeral home, which happens to be the centre of Rehana Rose’s new documentary, Dead Good.

The film is an intimate portrait of families dealing with the aftermath of the deaths of their loved ones, and the support provided by the team of women at Arka. In contrast to the usual concept of stern, black-clad funeral directors, the core of this practice is a focus on individuality, transparency and comfort.

Cara Mair founded the funeral home in 2003, following a stint working in the traditional funeral world in the wake of her own mother’s death. Coming from a background of social care – working with and advocating for people with learning disabilities – she found the rigid, one-size-fits-all environment didn’t sit right with her, but still wanted to carry on working in the industry. Inspired by the like-minded community she found at the Natural Death Centre in London, and the idea of diversity within death, she decided to start Arka.

“No matter how varied our lives are, when someone dies, it was very much a similar route,” she tells me over the phone from her Brighton office. “We’re about walking alongside people instead of telling people what to do, and we find ways with them that feel right to mark a person’s life and death… just opening more choice and empowering people with more options around death and how to have ceremonies and say goodbye to people that we’re saying goodbye to.”

At the moment, the team is comprised of seven people: six women, and a recent lone male addition. The small size of the company is a key part of what makes it so special: there’s no managerial pressure from above to upsell, or to hit weekly quotas. This puts Arka in a position where they can wholly focus on the bereaved, and their needs, in a manner that is as hands-on or off as the family themselves wish it to be.

“We take our time with things, we don’t hide anything,” explains Cara. “If a family wants to be involved in any aspect at any point of a funeral arrangement – be it from collecting the body, to dressing the deceased, to carrying the coffin – there’s nothing that they can’t do. If they want to do it, then we will support them to do it.”

“I think many funeral homes want to ‘protect’ the family from any more distress, but we come from the angle that if you feel that you want to be involved then, of course, you should.”

One particularly touching scene in the documentary depicts one of the bereaved brushing the hair of their recently deceased in the custom-made candlelit back room of the funeral home. It’s a beautiful, intimate image, showing an alternative way of dealing with death that moves it away from the realm of the macabre and mysterious, and into a plane where it is a natural part of life.

“I think it’s great if people just have that gentle permission to know that it’s okay, and it’s not weird, it’s not freaky, it’s not spooky: I think it’s the most natural thing to want to do,” says Cara of family involvement in the period between death and funeral. 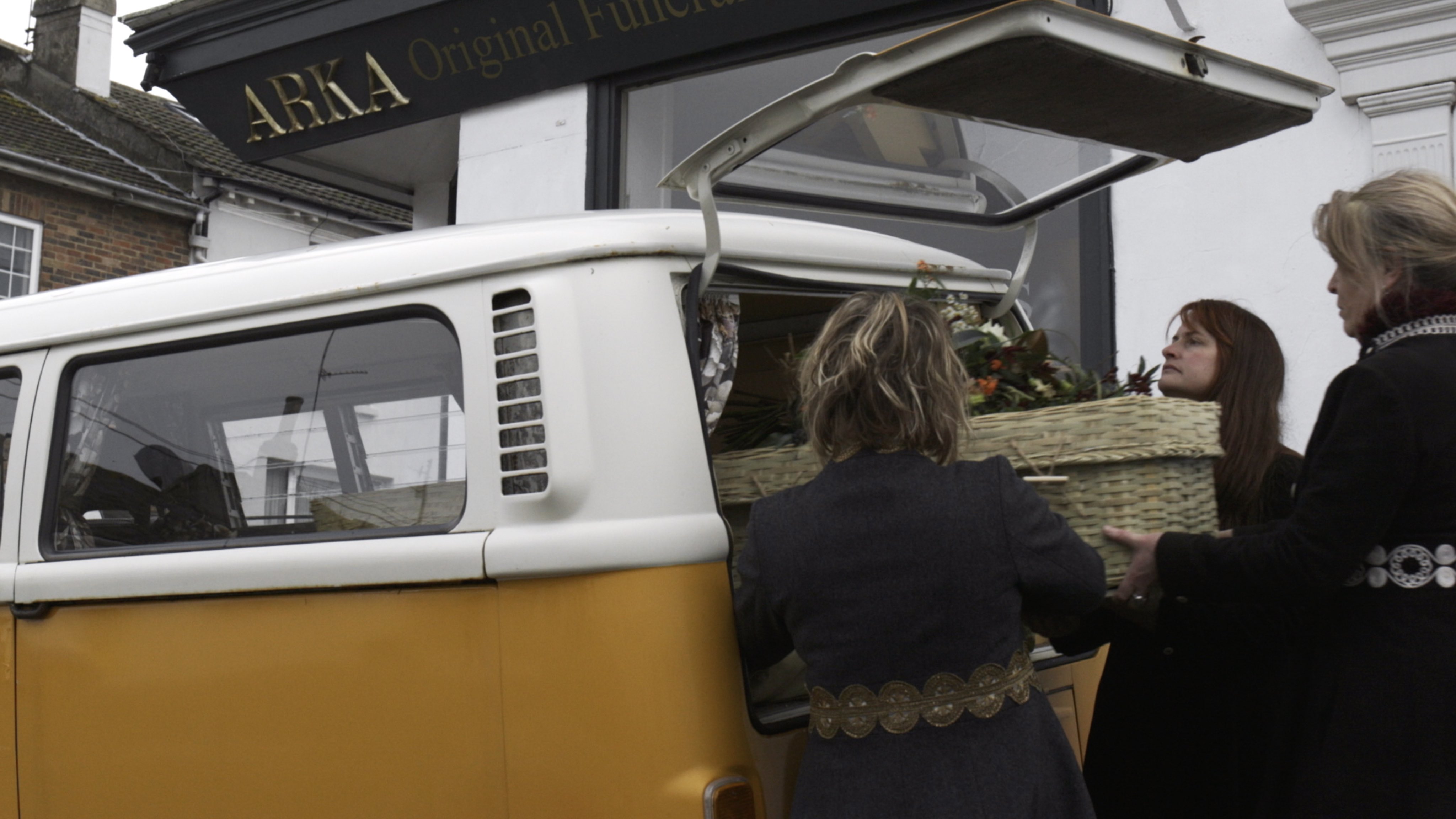 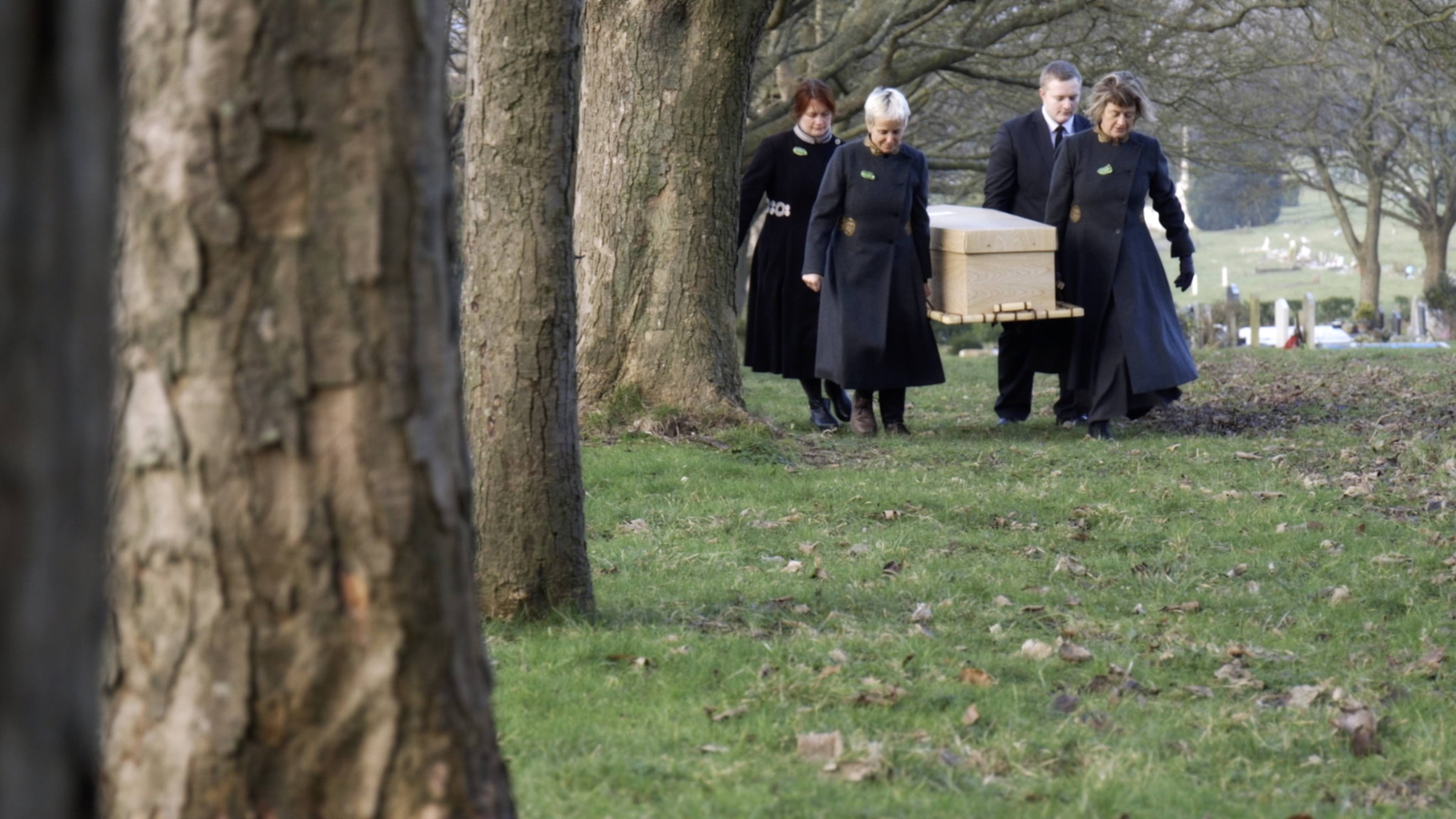 “It allows people quiet time. Quite often, once death has happened – if it’s in a hospital or a hospice – you might be lucky and perhaps have an hour, but it might be that you feel that you want to leave that room as quickly as possible, then the body is taken away, and you might not see them again, ever. It’s just a case of trying to slow down that procedure and just check in with the families and the friends and let them know that we can support them with it”.

When it comes to the funerals themselves, there is a similar spirit of accommodation and understanding. In Rose’s documentary, we see an alternative: environmentally-friendly caskets woven from bamboo; a laid-back priest in a slouchy beanie who keeps his own funeral plans in a file marked with a skull and crossbones; a ceremony held for a theatre-loving lady which concludes with the curtains being drawn on her coffin to a round of applause; a leopard print coffin transported by a motorbike and sidecar – all under the gentle guidance and care of the small team.

When I ask what it was like filming the documentary, Cara laughs: “Oh my God, it was a nightmare! It’s just very hard because this is a very sensitive job, but Rehana was fantastic. I’m really glad with what she was able to capture, and it was so amazing that those families and people allowed her into that space. People had contacted us before about other [filming] opportunities and I didn’t want to, but I think Rehana got it. If it hadn’t felt right, and if we hadn’t felt a connection with her, then there’s no way we would have done it.”

For more information on the Dead Good documentary and future screenings, visit the official website.

Learn more about the death process by visiting The Good Funeral Guide.

Linkedin
RELATED ARTICLES
OTHER ARTICLES
A group of Ukrainians living in Poland are helping Ukraine withstand Russia’s brutal invasion by buying supplies and shipping them directly to the war’s frontlines.
Over the weekend, London locals came together to resist a pre-planned police raid targeting delivery drivers.
From the Yakuza to a biker gang, Bruce Gilden recounts capturing Tokyo and Osaka in the ‘90s.
The government’s failure to take long Covid seriously has led to the formation of a group campaigning for the thousands of forgotten victims of the illness.
To mark the anniversary of the mass trespass of Kinder Scout, a group of hikers came together with the intent of creating a new, fully inclusive culture for rural spaces.
Our new magazine is here, starring the inimitable Mitski. Order your copy now and join us on a trip around the world.