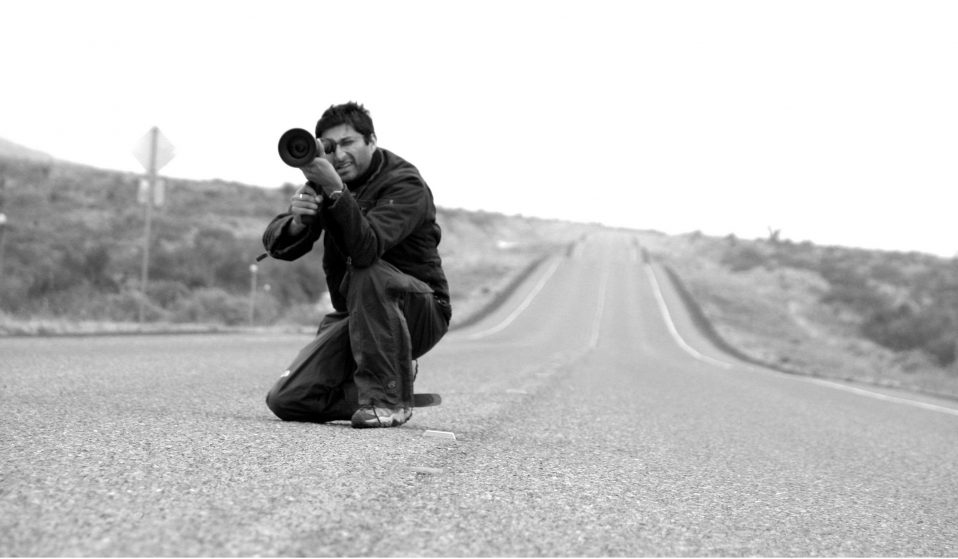 The filmmaker behind Senna and Amy has a new film, charting the rise and fall of Diego Maradona. But he still wouldn’t call himself a documentarian.

The acclaimed filmmaker behind Senna and Amy has a new film, charting the rise and fall of footballing legend Diego Maradona. But, despite practically reinventing the genre, he still wouldn’t call himself a documentarian.

Asif Kapadia knows you’ve only seen two of his films. The British director started out making fiction features, including the critically acclaimed The Warrior (2001), before moving to biographical documentaries. But he’d forgive you for thinking his career started with 2010’s Senna.

Depicting the life and death of the Formula One driver Ayrton Senna, the film was critically acclaimed. Its success (it won two BAFTAs; one for Editing, the other for Best Documentary) catapulted Kapadia into the limelight, paving the way for 2015’s Oscar-winning Amy, a documentary about Amy Winehouse.

“It’s kind of an accidental thing,” he says, with a chuckle. “I wouldn’t call myself a documentarian. I come from a background of fictional films – I made quite a few before I did Senna – but it’s cool, I know no one’s seen those films.”

With his new film, Kapadia is continuing the trend of basing documentary films on the lives of mercurial, yet troubled, geniuses. Titled Maradona, it charts the rise and fall of the titular footballing legend. However, unlike Senna and Amy, its subject is still alive.

Kapadia was born in Hackney in 1972. When he graduated with a degree in film from the University of Westminster in the ’90s, he worked in television for a year, directing middle-of-the-night network shows. While no one was watching what he was making, this television directing gig ended up laying the foundations for Kapadia’s documentarian career. “I made so many things and got to produce, write, edit, do everything myself basically… on a scout, turning on the camera, interviewing someone while doing research, cutaways…”

Kapadia had money, a flat and a career – but he was bored. “It was just talking head, cut away, talking head,” he says, his sentences rapid. “I tried to make it more creative but it wasn’t much more than that.” Given that it was a weekly show, turnaround was also an issue: “Generally, I’m slow in life. I like to do something and take my time and make it as good as I can.”

Searching for creative fulfilment, he enrolled at the Royal College of Art to do an MA in film. Surrounded by artists and pretty much left to his own devices (“There was no teaching!”) he immersed himself in the course, throwing anything at the wall that would stick. Against the school’s recommendation, he took their equipment to India to make his graduate film: “a Ken Loachey kind of thing, slightly magical realist.” The short film did exceptionally, winning a prize at Cannes, and giving Kapadia enough kudos to make his first feature, The Warrior (2001).

Despite excitement surrounding around The Warrior, Kapadia didn’t make anything exceptional for the rest of the 2000s – until Senna came along. Initially at the bottom of the producers’ list of names to helm the project (“There was a point when I couldn’t walk through London without meeting someone who had been offered Senna, everyone turned it down”) Kapadia quickly became obsessed with making the film. Naturally, it made things tricky. “It was five years of hell, he remembers. “It was really hard – we were reinventing the genre in a way.” 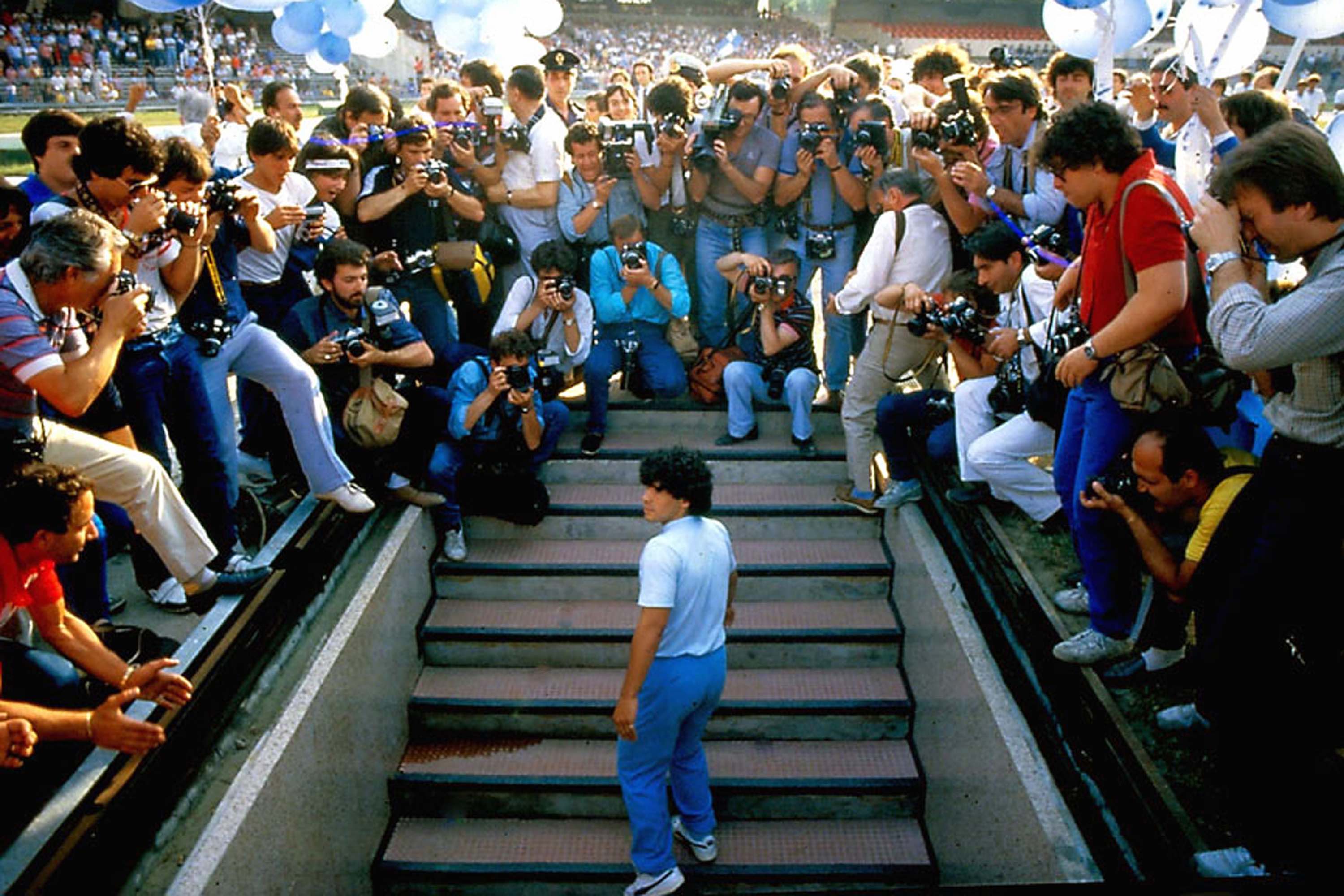 It might sound like a grand claim, but Kapadia and his team really were changing the way popular biographical documentaries were being made at the time. With Senna, he formed what would later become known as his signature style: no talking heads, no reenactments, a lot of archive footage. In many ways, it was the antithesis of the television experience. “I thought, ‘If I’m going to do a documentary about someone’s life, I want that person to be narrating.’ So I did that with Senna, and that’s led on to Amy and Maradona. Making films for the big screens and telling the story through images.”

Through this, Kapadia discovered that documentary filmmaking allowed a creative freedom that he didn’t get with fictional features. Because of the smaller budgets he got more time and creative control, allowing him to become more flexible with the way he worked. When it came to directing Amy, he did so without a script, treatment or outline. With Maradona, it was the same.

Through archive documentary filmmaking, Kapadia has been allowed to assume the role of detective as well as storyteller. He’s become known as the chronicler of the modern, secular god – the celebrity – exploring their rise and inevitable fall from grace, shining a light into their lives that stretches way beyond tabloid headlines. “It’s a life, generally,” Kapadia explains. “There’s a beginning and an end. The audience go into these films knowing the end – tragically two of them died young, one of them ended up with real problems: obese and an addict.”

“The audience may know nothing else but they know the ending,” he continues. “Senna was an amazing driver, he died. Amy was a real mess and a singer, who died. Maradonna, a footballer, got really obese and did cocaine. That’s all they know. So my job is to tell you about the journey of how they got there. How did they become that person?”

While Senna and Amy’s arcs are finished, Maradona’s is still happening. Given this was new for Kapadia, it presented a challenge – particularly when it came to a character such as the Argentine footballer. “Having spoken to a lot of journalists and people who knew [him], they all said, ‘The minute you try to pin him down, the minute you press send to your publisher, the next day he’ll do something that makes your entire book irrelevant.’ So he just keeps throwing everyone. He doesn’t do what he’s told, he’s not going to retire easily to a pub somewhere in Ireland. He somebody who just keeps going.” 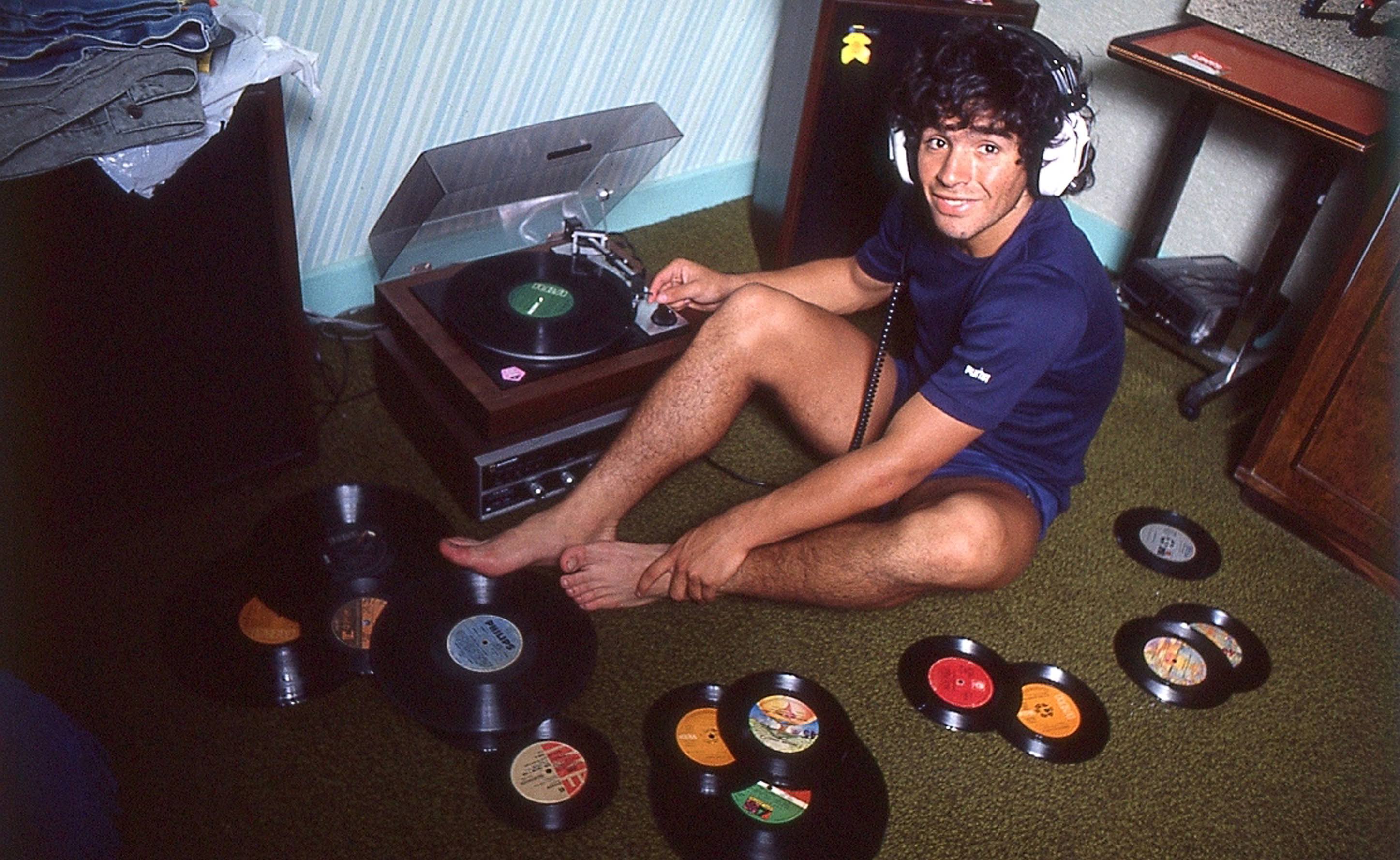 While Maradona follows the same narrative as Senna and Amy – a genius in their field becomes too famous too young and topples from their shaky pedestal built on reputation and public love – the film is sadder more subtle in its storytelling. Unlike Ayrton Senna and Amy Winehouse, we watch our protagonist get old. Kapadia refers to it as a “more grown-up story”, perhaps down to the fact that it was the work of an older, wiser Asif Kapadia.

In typically enigmatic fashion, the subject of the film is yet to see it (“He’s impossible to pin down, I’ve tried to show him the film many times”). As a result, Kapadia’s own personal arc, much like Maradona’s, remains somewhat open-ended, too. “Normally with every film I’ve made, they deal with real people. Amy, Senna, and Maradona: –they’re real people. Real parents, real girlfriends, boyfriends, people who are hurt, people who are mourning, people who are in denial, people who are guilty – and we always show them the film. I’m usually there because I want to know. That’s an unfinished element to it, there’s no closure yet, I guess until I sit down with him.”

Looking further ahead, Kapadia isn’t even sure if he’s going to make another documentary like Senna, Amy or Maradona. After all, getting here was – in his own words – somewhat of an accident. There’s every chance he could end up doing something new. “I might do something else, and then if I read a biography and feel motivated…” he says, trailing off. “But I want to do something different. I spend a lot of time in edit suites and I miss going on location and shooting, which is why I first got into filmmaking. I’d like to write a script and make a movie the old-fashioned way…” He flashes a toothy smile. “Well, maybe not the old-fashioned way. My way.”

Maradona is in cinemas now.

Linkedin
RELATED ARTICLES
OTHER ARTICLES
The failure to hold landlords to account is denying tenants their basic dignity, writes Bella Saltiel.
While protests over abortion rights rage in the US, access to abortion services is still almost nonexistent in parts of the UK.
In the last of our dispatches from OFFF Barcelona, Rufus Deuchler and Vincent Gault discuss the future of creative process.
Over the weekend, London locals came together to resist a pre-planned police raid targeting delivery drivers.
From the Yakuza to a biker gang, Bruce Gilden recounts capturing Tokyo and Osaka in the ‘90s.
Our new magazine is here, starring the inimitable Mitski. Order your copy now and join us on a trip around the world.