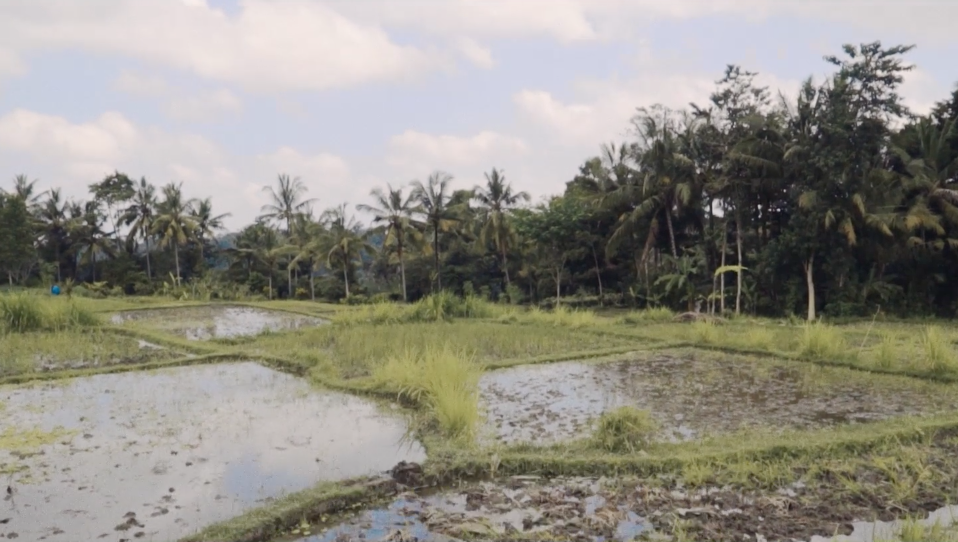 Rice farmers are struggling to survive in the face of mounting pressure from developers in Bali, where a rampant tourism industry is taking over. A new documentary short explores the resilience it takes to stand firm.

Rice farmers are struggling to survive in the face of mounting pressure from developers in Bali, where a rampant tourism industry is taking over. A new documentary short explores the resilience it takes to stand firm.

The moral values of a Balinese farmer, is turns out, outweighs the temptation of $40,000.

That’s how much developers offered 64-year-old Made Anggir for his rice paddies – a strip of land with enormous potential for an already thriving tourism industry.

For Made, however, those paddies are a symbol of his family values, origins and upbringing.

There’s a temple by the nearby river, for instance, which his family has used to collect holy water for generations. Now the same investor has blocked all access to it.

And although $40,000 is an incredible amount of money in Bali, Made held firm in his convictions. There was no way he’d sell.

This story of resilience is captured in Sawah, a short documentary by photojournalist and filmmaker Marko Randelovic, who wanted to see how tourism affects everyday life in Bali.

“Made’s thoughts are echoed by others but unfortunately many are still willing to give up their land – and often they’re in desperate need of cash, so you can’t blame them,” says Randelovic.

Randelovic, a nomadic traveller who frequently works with charities and social movements, was drawn to the story when he learned of the #BaliNotForSale campaign on a visit to the country.

That’s how he learned about Sawah Bali, a charity helping farmers like Made make a good return on his organic crops by helping him sell them to eco-friendly restaurants.

“I was surprised by the lack of action by the government to stop investors from building on sacred sites and what seems a poor policy on helping organic farmers,” says Randelovic, who hopes his exploration of the topic will initiate a wider conversation.

“It’s such a pressing issue here in Bali at the moment, but it was incredibly worth it after we saw the reception the film got and our ability to reach English speakers across the world,” he says.

“From the feedback it also seems like many other people across the world, for example in South America, could relate to the same problem of tourism encroaching on lands.”

Check out Marko Randelovic’s portfolio or find out more about Sawah Bali.

Linkedin
RELATED ARTICLES
OTHER ARTICLES
A campaign led by ex-torture survivors and refugee organisations has left the Tories with no planes left to carry out their callous scheme.
Planet Ardbeg is a 40-page sci-fi anthology created by three cutting-edge artists.
Over the weekend, the United Families & Friends Campaign organised a protest calling for an end to deaths at the hands of the police.
Photographer Ira Lapu documents the lives of ordinary Ukrainians living amid a brutal conflict.
SOAS Detainee Support detail the appalling conditions they witnessed at the dangerously overcrowded immigration centre in Kent.
The hate Just Stop Oil faced after throwing soup over a Van Gough painting has been immense. Here, they explain why it won’t deter them.