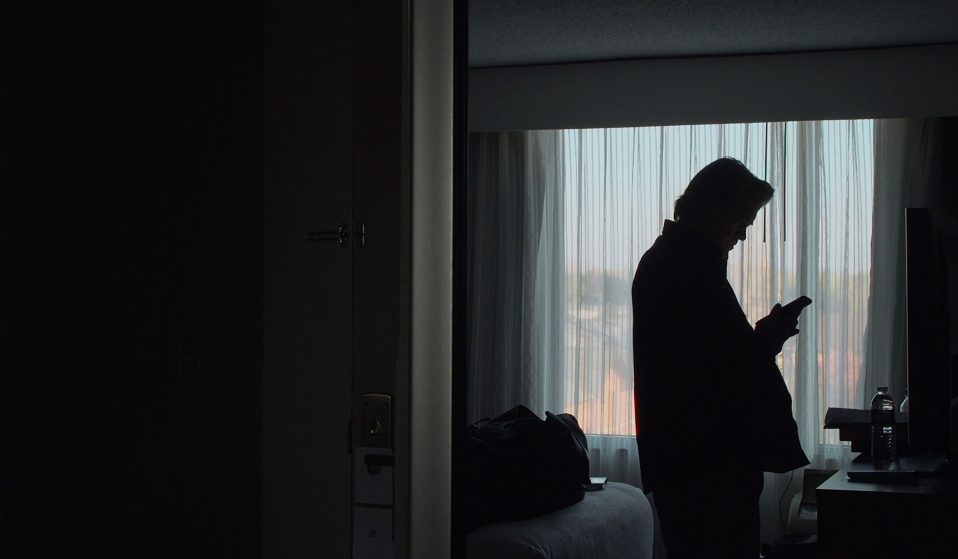 Filmmaker Alison Klayman followed the controversial strategist for over a year in her new film, The Brink: ‘It was genuinely very difficult. Everything is incredibly last minute, his organisation is not professional at all.’

Filmmaker Alison Klayman followed the controversial strategist for over a year in her new film, The Brink: ‘It was genuinely very difficult. Everything is incredibly last minute, his organisation is not professional at all.’

In the summer of 2017 director Alison Klayman – the filmmaker behind the Emmy nominated Ai Weiwei: Never Sorry and Netflix’s remarkable Take Your Pills – received a call from producer Marie Therese Guirgis, asking if she wanted to shoot a vérité documentary of Steve Bannon. With a newly energised Republican party controlling all three branches of government in the US, Brexit having engulfed parliament in the UK, and far-right politics on the ascendancy across Europe, Klayman couldn’t pass up the chance to capture history in the making – no matter how antithetical to her personal politics the subject might be.

The granddaughter of Holocaust survivors, Klayman wanted to document the ways in which human atrocities and civil rights violations could be workshopped, strategised, funded and executed. In The Brink, Klayman follows Bannon for more than a year, capturing the insidious banalities that are required to power the far-right’s campaign of hate. What results is a deft and vigilant fly-on-the-wall record of Bannon’s populist playbook, a must-watch triumph that’s as enlightening as it is enraging.

Ahead of the film’s release nationwide on Friday July 12, we spoke to Klayman to find out more about the challenges of shooting history while it’s being made, and how Drag Race helped maintain her sanity through many months spent tailing Bannon on the campaign trail.

I imagine this must have been quite an exhausting documentary to make, both emotionally and physically.
One of the biggest production challenges was the way Bannon operates. Everything is incredibly last minute, his organisation is not professional at all. It was genuinely very difficult to be on their schedule. I maintained a pretty critical distance emotionally from them. Our code name for the film was Looking Glass, because I felt like from the first day I met him I was just like, wow, completely through the looking glass. We either disagree on the facts, or we agree on the facts and the solution is completely different. It’s frustrating to be immersed in that. I find the policies are incredibly hateful and the world view is based on a lot of cruelty and hatred. It is unpleasant, and shooting it all myself, downloading the cards at night, trying not to show you’re tired…

Did you end up going a bit crazy? I wonder if the combination of being so tired, and being constantly exposed to his politics made you start doubting even the most basic facts?
The filming is really the way to cope with frustration or boredom. I took a lot of baths, I watched a lot of TV; Drag Race, The Wire, I rewatched The Good Wife, things that felt comforting. It was very much a coping mechanism. Now that it’s done, I can feel myself becoming more and more relaxed. I felt an incredible sense of responsibility whilst shooting: I would wake up every morning, go to sleep every night, there was no way I wasn’t thinking every day about whether this film was doing right by the audience. How will it not inadvertently advance his cause? How do I make sure that he’s not using me? Those were the main issues for me, every day.

That tension fascinates me – if you don’t spotlight what’s going on, these movements fester and grow underground like mould. But if you give them oxygen, are you amplifying the idea?
Exactly, and I think that is an incredibly important question. The issue is, how do you cover people like Bannon? How do you cover nativist, xenophobic, attention-grabbing groups whose strategy is to get attention, and more than that, validation? It’s an important conversation, the responsible way to do this coverage. My daily mantra was, let him underestimate me and let me never underestimate him. As one editor said to me, the movie makes him smaller than life. The other thing I was constantly worried about was how you convey what the danger is, without over-inflating his importance.

This film gives a fascinating insight into what he’s doing, but in the year you spent with him, did you learn much about why he’s doing it? He’s almost become a VC, an incubator for far-right movements…
I feel like that’s the right kind of language. What you said is a great depiction; it can be a mixture of both ideology and opportunism. I don’t know what’s in his heart, but with the camera on and off I believe that he’s genuine in his ideology as a conservative, Catholic, traditionalist, heteronormative, white supremacist. He’s the consummate consultant and strategist – not even as a political strategist, but as a business strategist. I see no reason to absolve him or mitigate his racist side, but I also think that’s not necessarily the permeating guiding principle: it’s more the strategy thing. I don’t think that means it’s less disturbing.

Why do you think he let you make this film?
It’s baked into the vérité process to some extent. The mere fact of filming someone for that long, you get into a false sense of security. I think he was underestimating me, he was overestimating his own ability to be in complete control of how he’s being perceived at all times. Once someone’s seen you across multiple contexts they’re starting to see the real you. He did say to my producer that he would forget that I was there, but I feel like that’s less of a ‘oh is she behind me in the room, I forgot she was there…’ it’s you forget that there’s a consequence to me being there. It all comes at the end, all that comes now.

The Brink screens in select cinemas nationwide from 12th July.

Linkedin
RELATED ARTICLES
OTHER ARTICLES
With inflation now at a 40-year-high of 9 per cent, demonstrations organised by TUC took place to demand action from the government.
The author discusses the all-consuming nature of heartbreak, and turning the experience into an incisive exploration of love and loss.
LGBTQ+ students are keeping the spirit of the original Pride alive by fighting for liberation for everyone, not just their community.
Whether it's partygate, the climate crisis or the spiralling cost of living, the fightback begins on the picket lines writes Tommy Vickerstaff
Wealth inequality and the rising cost of socialising is placing a strain on people’s relationships, reports Eve Upton-Clark.
50 years since its inception, and the campaign calling for recognition that capitalism depends on domestic labour is as pertinent as ever.