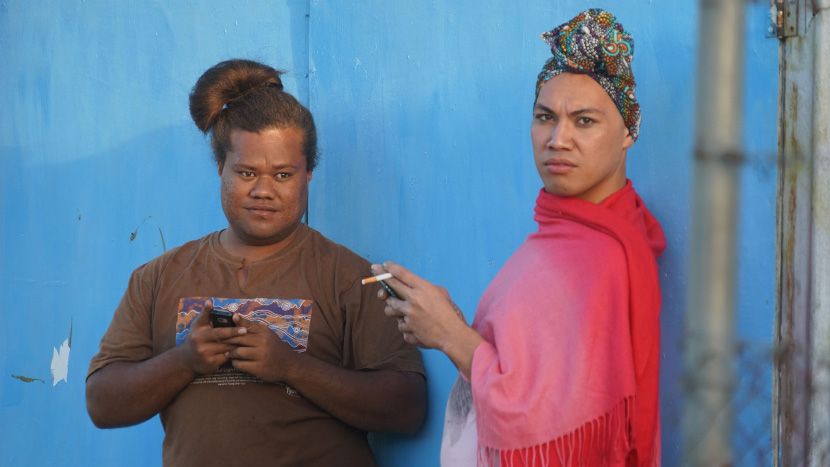 As the BFI Flare gears up for its launch later this month, festival programmer Zorian Clayton highlights the best documentaries from the 2019 programme.

As the BFI Flare gears up for its launch later this month, festival programmer Zorian Clayton highlights the best documentaries from the 2019 programme.

One of the largest and most significant celebrations of queer cinema in Europe, the 33rd edition of acclaimed LGBTQ film festival BFI Flare, returns to the Southbank from March 21 to March 31 this year.

Featuring a powerful, thought-provoking and eclectic mix of features, shorts, discussions, talks, workshops and club nights, this year’s festival reflects on themes of sex, identity, politics and community. With more than 50 full-length features and 80 shorts by filmmakers from across the globe, we spoke to festival programmer Zorian Clayton, to help shortlist a selection of essential docs from this year’s programme.

“This touching doc about a Connecticut family avoids a lot of the usual cliches that surround trans youth. Many films about trans kids have a sadness or wariness to them, by contrast, this is so joyful. The parents are incredibly open to being educated by their kids about non-binary and trans identity. It’s a look into the life of this progressive family in New England whose children enter a local talent/beauty pageant. Neither kid is striving for a stereotypical beauty aesthetic, they enter the competition as individuals – they do what they want, look how they want and make no attempt to copy what the other kids are doing. It’s open-minded and free and fun – a real breath of fresh air.”

“While watching Man Made I found myself rooting for every contestant. The subjects are all bodybuilders going to this annual FitCon – the world’s first trans fitness competition – and they open up to the director with a frankness and honesty you could only get from having a fellow trans person behind the camera. It’s a window into this supportive community formed by guys from across North America. It’s revealing in a way that’s never salacious. The people in it are all at different stages in their transition, and the bravery of some of the performers – who stand on stage, topless, some of them without having had top surgery – is staggering. It’s such a supportive environment that the competitors are able to break away from their personal body dysmorphia. It’s a lovely feature, and great to see trans filmmakers telling the stories of the community.”

“The Leitis, like in many parts of the Pacific Islands and across Asia, have a historic third gender – one that occupies a space close to trans and non-binary identities. Because it’s an island that largely avoided colonisation, they managed to retain a more inclusive understanding of gender. Homophobia and transphobia are being brought to these Polynesian islands now with the arrival of western culture, and people who have been accepted for many, many centuries are under threat. It’s a unique insight into how precarious these traditions can be, but it also offers a potential look at how our thinking about gender could change for the better.”

“This doc is a stunning co-production with Italy and France about a trans-migrant from Libya. Crucially, to protect her anonymity, you never see her face. The filmmaker travels with her through the mountains of Italy, through France and right on through to Britain. It’s a perilous journey spent living in tented communities and forests, by motorways and under bridges. It’s beautifully shot and really illuminates what life can be like in these ‘nowhere places.’ The subject, Pepsi, is striking – she’s so philosophical about the world and her situation. She’s almost sage-like. On paper, it sounds like a very gruelling story, but in reality, it’s an extraordinary one that’s beautifully shot.”

“This is a fascinating film. Before watching it, I had no idea the American military was the largest employer of trans people in the USA. Before Trump began to roll back protections for trans service people, there were activists inside trying to reform the military’s rules about trans identity. One point where it looked like real progress was being made, was the question of uniforms: the US military used to have very strict rules about what uniforms trans people could wear based on whether they could ‘pass.’ It resulted in a situation where trans people were pitted against one another, with some allowed to express themselves and others not.

This doc tells the story of the veterans who’d been fighting this issue for a long time, and what happens to the progress they’ve made when their futures are completely thrown into question. Transmilitary does a great job illuminating how people exist in such a gendered system.”

“In the 1960s, huge swathes of people were rounded up and kicked out of their jobs by the Canadian government just as legislation was being passed to ensure legal protections for LGBTQ people. The government, before these laws were passed, realised they had very limited time to get rid of people. I think around 8,000 queer people in the army, police and civil service were fired in the most humiliating way. These people were bombarded with question after question about their sex lives for days on end in windowless rooms. People who were a part of the ‘purge’ couldn’t believe what was happening and had their rights completely trampled. The Fruit Machine is an arresting look at government-sponsored persecution.”

“Though it’s tough to watch, Call Her Ganda is an absolutely essential film. It’s a triumph of documentary storytelling and really important that these cases are being spotlighted. The film provides a long overdue deep dive into colonial history and its wide-ranging effects. It reminds me a bit of the Free Cece film we screened a couple of years ago, which was about a black woman who suffered an unprovoked attack on her by transphobes and ended up being sent to prison herself for fighting back. There are a lot of parallels. It’s hard-hitting but crucial that these films are getting out there and getting a big audience. These kinds of projects can change policy and really educate people.”

Linkedin
RELATED ARTICLES
OTHER ARTICLES
In the latest instalment of Photographers in Conversation, the chronicler of raves, protests and beyond explains why he’s drawn to such specifically visceral environments.
Wealth inequality and the rising cost of socialising is placing a strain on people’s relationships, reports Eve Upton-Clark.
Photographer Matthew Brookes recalls following a group of young people in Venice Beach living in search of the perfect wave.
Over a dozen Stop Deportation activists locked themselves to each other outside a detention centre to prevent coaches taking those due to be on the Rwanda deportation flight from leaving.
The last few years have seen an increase in LGBTQ-led initiatives to feed the hungry, with many finding ways to stay afloat despite the challenges.
Photographer Arthur Grace recalls travelling through the Soviet Bloc and finding ways to evade the surveillance of his work.