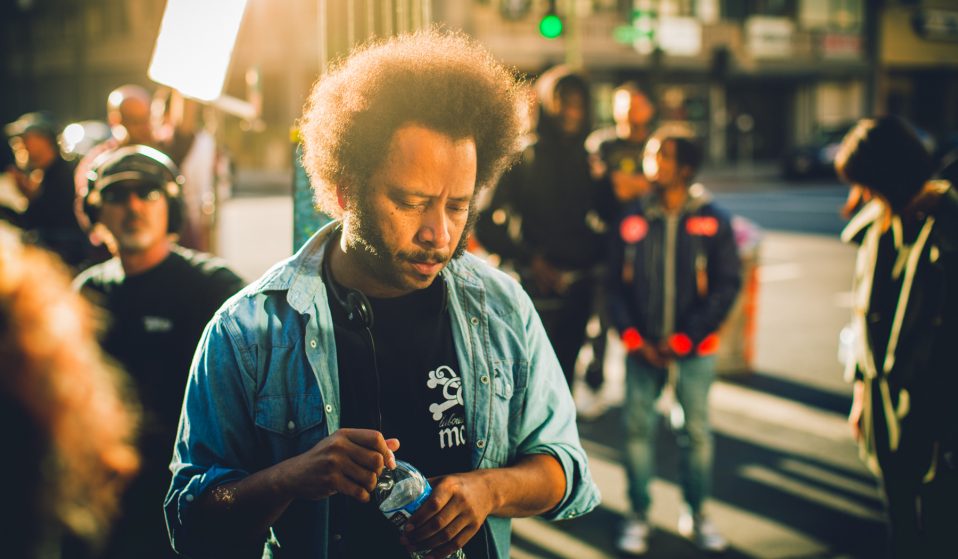 With his debut feature Sorry To Bother You, Boots Riley is responsible for 2018’s most brazenly original slice of cinema. The good news is that he’s only just getting started.

With his debut feature Sorry To Bother You, the rapper turned filmmaker is responsible for 2018’s most brazenly original slice of cinema: a seething take on class, race and identity in Corporate America. The good news is that he’s only just getting started.

When Boots Riley speaks, he does so with wild gesticulations, stressing the pulse of each word like a manic conductor. Perched on a plush sofa in a large hotel room, he’s a conveyor belt of ideas and opinions: conspiracy theories, medieval migration, class analysis. No subject is out of reach.

Having spent much of his life known as a rapper and activist, he’s in the UK to talk about Sorry To Bother You, his debut film. It’s a surrealist dark comedy which Boots wrote as well as directed, establishing the 47-year-old as a fearless new voice in cinema following a rapturous reception at Sundance 2018. Today, however, he’s feeling rather modest. “I guess it just came out as I wrote it,” he says with a shrug, brushing something from the sleeve of his check-print boiler suit.

Born in Chicago but raised in Oakland, Boots grew up in what he refers to as a rainbow family. His mother (“half-black, half-Jewish”) had two children from previous marriages (“one with a white man, one with somebody darker”). His father, meanwhile, had one daughter. “There were no white people that they know of in his family ancestry – but because of rape through slavery, they all have blue eyes.” By the time Boots and his younger brother arrived, the household was already bustling. 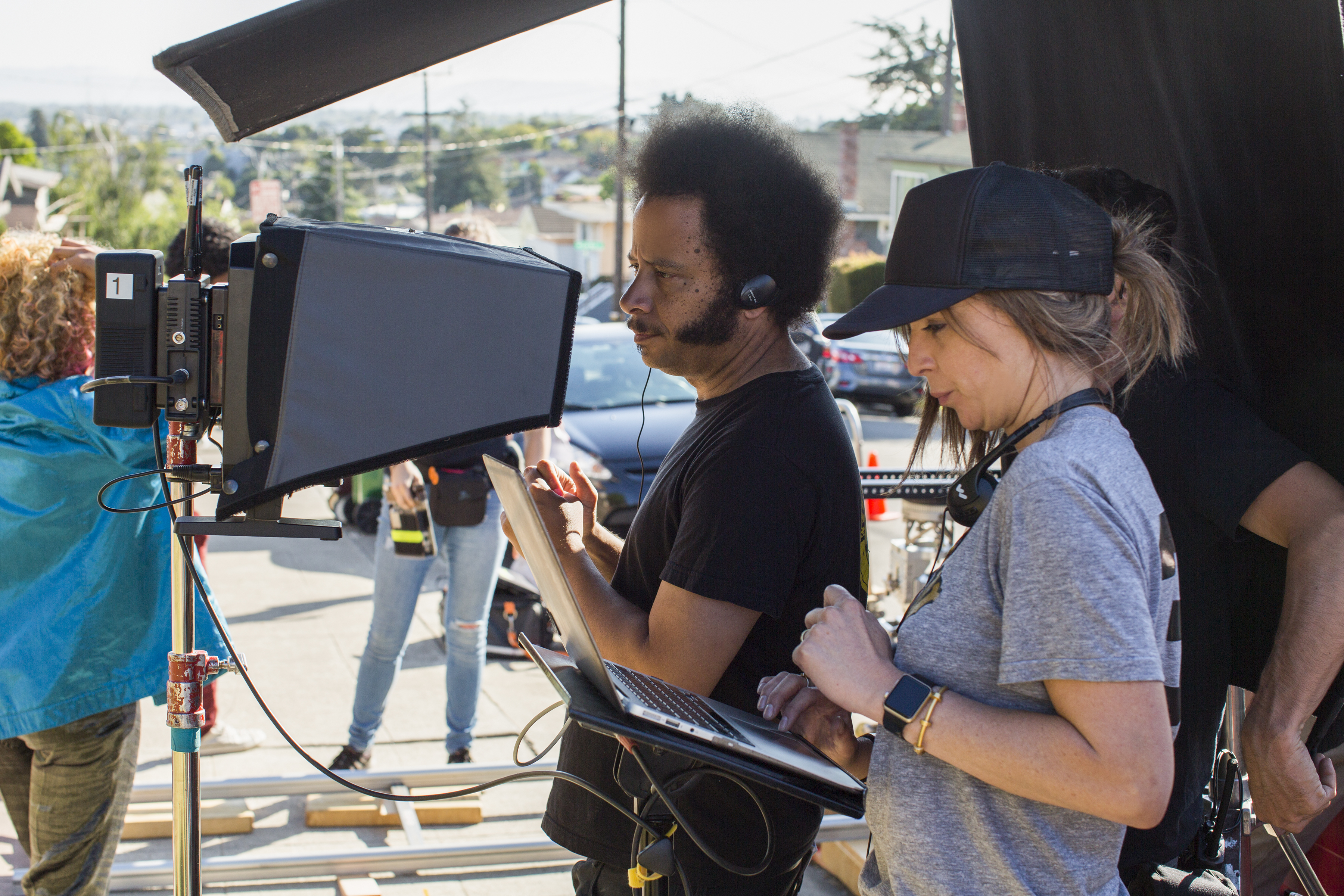 Both parents were staunch activists involved in radical organising. The family home was often the de-facto base for local group meetings, or a safe place for members to regather after protests. “I have a memory of my father coming home with his ribs bandaged up and me, a kid, asking what happened,” he says. “He’d be like, ‘Yeah, well, we went to fight the Klan and one of them blindsided me with a two-by-four in the back.’”

Even still, his mother and father never pushed politics onto their second-youngest son. In fact, by the time he was eight, they’d taken a step back despite still having friends pursuing various causes. One of these, a youth organiser, ran into Boots when he was 14 and invited him to get involved in an activities day he was running.

“I was like ‘Yeah, sure,’” he remembers, the edges of a wry grin almost reaching his mutton-chop sideburns. “I’d planned to not even be home! But then he came by with a van full of 14-year-old girls saying, ‘Hey, you wanna go to the beach?’ and I was like ‘… yeah?’ And they were like, ‘Okay, well first we’re gonna go support the Watsonville cannery workers’ strike!’ So… I got in the van.”

At 15, he officially joined the Progressive Labor Party, during which time his involvement in music also began to accelerate. Having grown up surrounded by culture (the political meetings his parents would host were “pretty much parties”, Boots explains with a laugh, while his grandmother ran the Oakland Ensemble Theatre), Boots came of age wanting to be Prince.

What started as a desire to try as many instruments as possible (“but not practising as much as you need to be Prince”) soon evolved into writing rhymes and MCing at protests. In 1991, he formed political hip-hop group The Coup, with whom he’d become synonymous over the next two decades.

It’s fair to say that Boots Riley has existed on the fringes ever since. With songs like ‘5   Million Ways to Kill a C.E.O.’ and ‘Fat Cats, Bigga Fish’, his confrontational, anti-capitalist brand of hip hop is brazenly vocal, setting it apart from other strands of political rap. So when it came to making the jump into cinema, Boots found himself looking in from the outside. 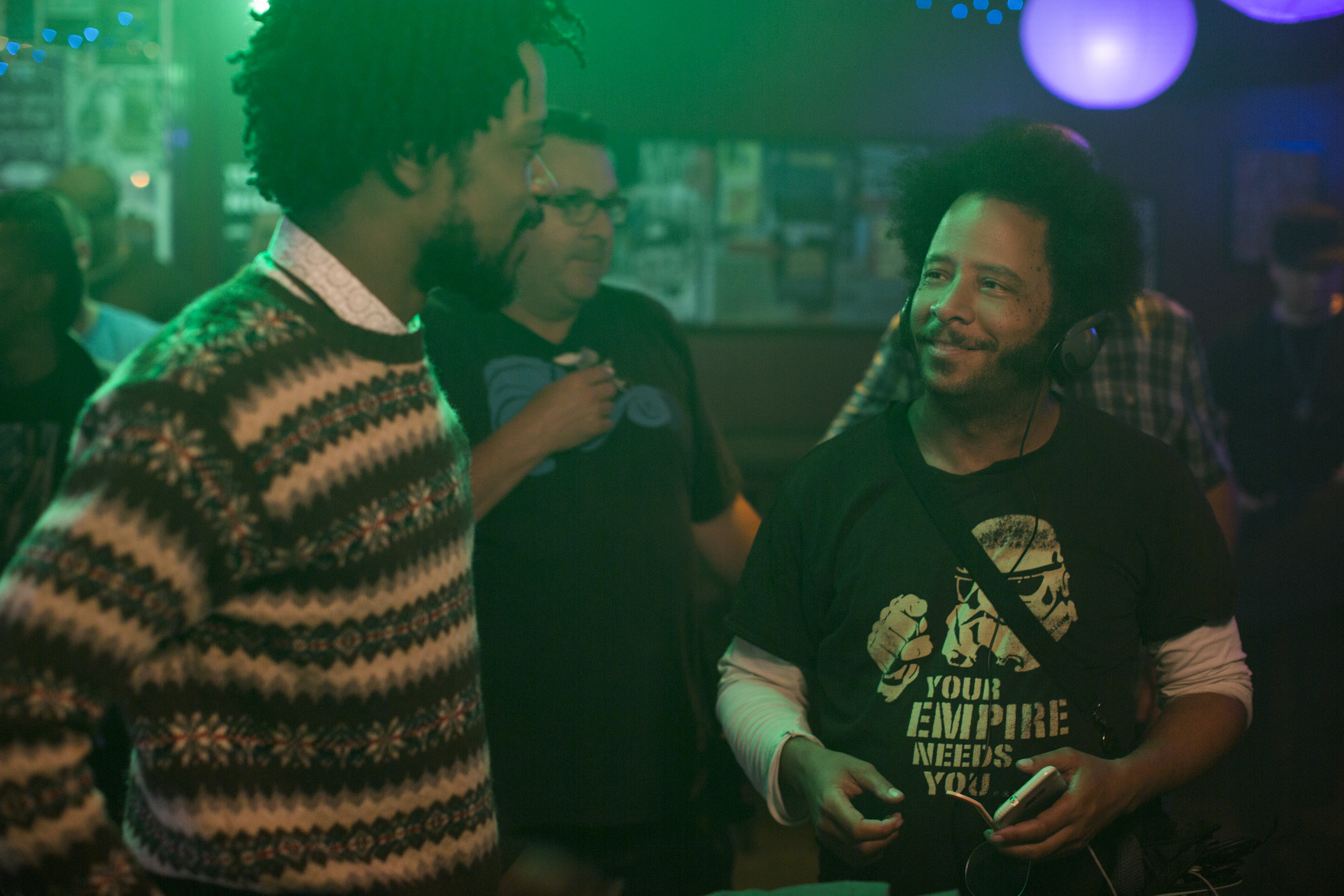 After writing the script for Sorry To Bother You, it took him years to get funding. When he finally did, he shot the film in just 28 days over the summer of 2017, completing a cut just in time for Sundance. “It hadn’t really been in me,” he says of the story, which is partly based on his own experiences of telemarketing. “But I knew that I wanted it to be something set in that world, in which there was an on-the-job struggle where Cassius [played by Keith Stanfield] had to decide which side he was on.”

This is an understated synopsis for a totally bonkers film. Sorry To Bother You follows a young, African-American telemarketer who realises he has a gift for adopting a “white voice”, which propels him up the company ladder. And then things start to get really strange. “One thing I hate is when I can guess what a movie is gonna do,” Boots adds by way of an explanation.

Prominent throughout, though, is the director’s politics. In and among the absurdist twists and magical surrealism, the film is, above all, a seething take on class, race and identity in corporate USA, shining an unforgiving spotlight on capitalism’s ugliest features. It’s led many to proclaim it the perfect state-of-the-nation film for Trump’s America, but Boots thinks it goes deeper than that.

“I saw it when George W Bush was in power,” he says. “The truth is, when Bush got out, Obama did a lot of stuff that Bush was doing. That’s what electoral politics does: it obscures the fact that power comes from the ruling class, and the struggle that we’re in is a struggle of the working class against them. The government works for the ruling class.”

In the meantime, Boots is determined to keep shaking things up accordingly. Now that Hollywood has welcomed the proud agitator, against the odds, he doesn’t plan on changing the approach that’s got him this far. 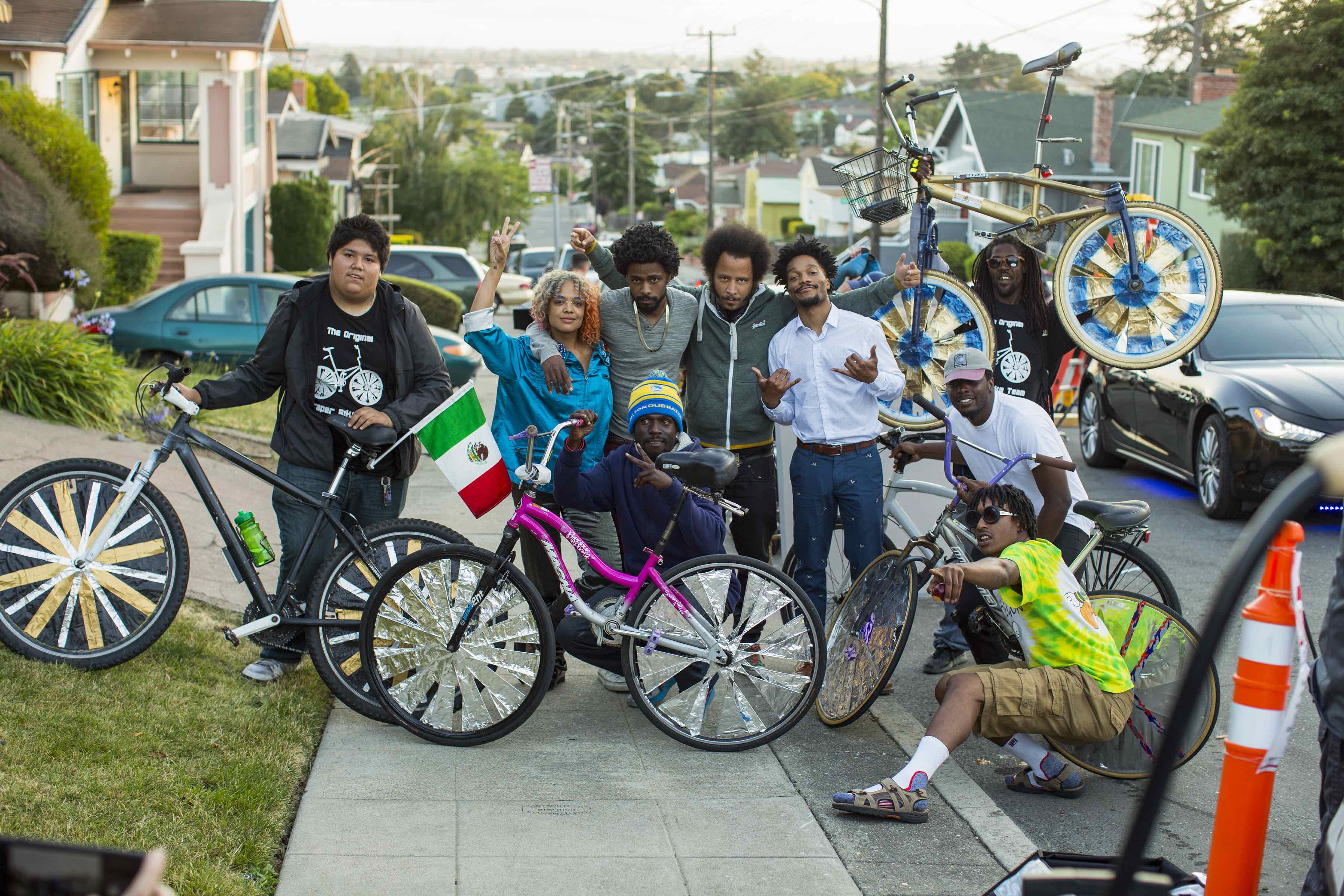 Linkedin
RELATED ARTICLES
OTHER ARTICLES
In the last of our dispatches from OFFF Barcelona, Rufus Deuchler and Vincent Gault discuss the future of creative process.
Members of the collective share some of their reasons to run as part of #UnitedBySummits, a campaign that looks to uncover transformative power of the outdoors.
From the Yakuza to a biker gang, Bruce Gilden recounts capturing Tokyo and Osaka in the ‘90s.
Following the release of his latest album God Don’t Make Mistakes, the rapper talks horror villains, police brutality and being unafraid to show his vulnerable side.
Over the weekend, London locals came together to resist a pre-planned police raid targeting delivery drivers.
To mark the anniversary of the mass trespass of Kinder Scout, a group of hikers came together with the intent of creating a new, fully inclusive culture for rural spaces.