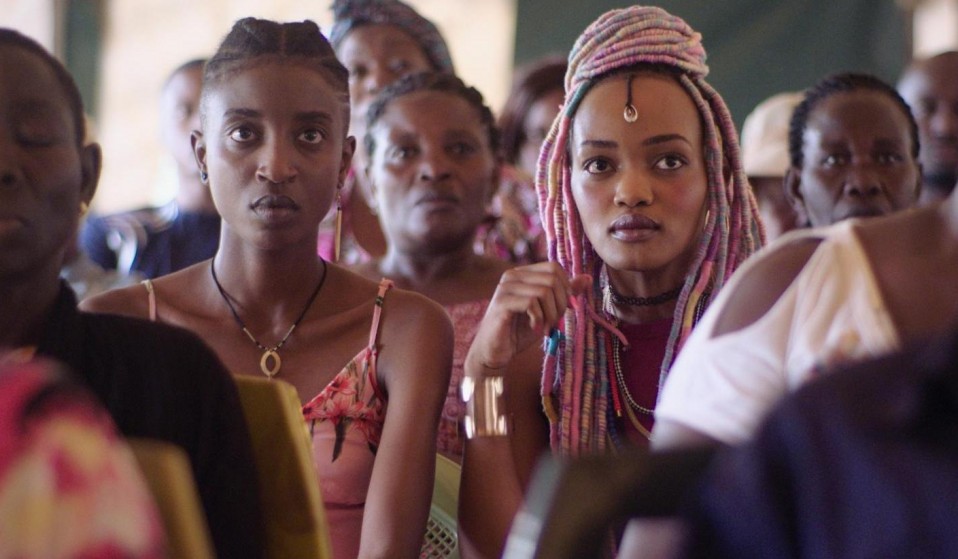 From the birth of marijuana trade in Columbia to a doomed LGBTQ romance in Kenya – in the first part of our Cannes 2018 round-up series, writer Sophie Monks Kaufman reviews the must-see movies of the world’s biggest film festival.

From the birth of marijuana trade in Columbia to a doomed LGBTQ romance in Kenya – in the first part of our Cannes 2018 round-up series, writer Sophie Monks Kaufman reviews the must-see movies of the world’s biggest film festival.

The Cannes Film Festival tends to opens with something a little frivolous. Recent examples are Arnaud Desplechin’s wild and layered Ismael’s Ghosts (2017), the powdered bauble that was Olivier Dahan’s Grace of Monaco (2014) and Baz Luhrmann’s bombastic, glitzy The Great Gatsby (2013).

In a Cannes context, ‘frivolous’ does not mean throwaway or lacking commitment. There may be meaty themes, loaded performances, and grand ambitions. Indeed, it’s often the grandness of the ambitions which – lacking follow-through – end up baffling viewers earnestly trying to understand what they’re watching.

When it was announced that the socially serious Iranian godhead Asghar Farhadi was opening Cannes with the Spanish language feature Everybody Knows, it seemed like the festival was playing a surprise sombre card, in the vein of the 2015 opening film, Standing Tall, about a juvenile stuck in the French care system. But no – in its own impressive way, Everybody Knows is deeply silly (more on this below).

This is the first of four dispatches, in which we at Huck will provide a small taste of movies on offer at the most lauded international film buffet on earth.

Although he worked in Paris for The Past, Asghar Farhadi is established on the world stage for his Iranian dramas, especially A Separation. Everybody Knows, his eighth feature, sees him relocating to rural Spain. It’s wine country, where fields flank narrow roads, and a large clock tower is the centrepiece in a town built for outdoor pleasures. Returning to the Epicurean place of her birth, having moved to Argentina years ago with husband, is Laura (Penélope Cruz) who has brought her two kids for her sister’s wedding.

Scenes of the build-up to the big day and the celebration itself are compelling by virtue of the expert way that Farhadi shows individuals peeling off from each other and then coming together. Director-of-photography José Luis Alcaine (Pedro Almodóvar’s regular cinematographer) captures the flushed happiness of spending time with people you love. Faces burst into smiles on seeing each other, and what faces there are. A reward that never recedes, even as the story’s plausibility does, is the visual one of watching the handsome, strong, juicy presences of Cruz and her real-life husband Javier Bardem.

Bardem plays grape-grower Paco, and channels a relaxed charm spiked with virility which makes it wholly plausible that he has a beautiful new wife in Bea (a stand-out Bárbara Lennie) and a past inextricably linked to Laura’s. A catastrophic event during the wedding brings this past to the fore, although – ironically – as the themes become meatier the atmosphere becomes thinner. A pregnant sense of communal drama becomes a one-note mystery powered by dramatic conversations and Cruz is tasked with crying at varying degrees of intensity. “Not talking about things doesn’t mean that they’re resolved,” says Bea during one of the many heated family debates which ensue. She’s right – but incessant, on-the-nose dialogue doesn’t resolve things either.

From rural Spain to northern Colombia (specifically the Guadalajara desert) for a film, based on the true story, about how the indigenous Wayuu family propelled the Colombian marijuana trade into existence. Birds of Passage is from Ciro Guerra, director of Embrace of the Serpent – the dreamy black-and-white depiction of Amazonian exploration which won a prize in Cannes in 2015. This time Guerra is co-directing with Cristina Gallego, who acted as a producer and editor on Embrace of the Serpent.

Birds of Passage channels refined and evocative details of the Wayuu way of life, from casting Wayuu actors (Uncle Peregrino!) to choosing a form which replicates their mode of song-based storytelling. The film is divided into five chapters or ‘songs’. Spanning 1968-1981, they are titled: Wild Grass, The Graves, Prosperity, The War and Limbo.

The songs begin with a young man named Raphayet (Jose Acosta) trying to raise money so can afford a dowry for a young woman named Waina (Natalia Reyes) who has just come out of a premarriage year of confinement. Rafa and his wild ‘alijuno’ [non-Wayuu] buddy Moncho stumble across gringos looking for dope and, boom, history is set in motion.

Birds of Passage philosophically razes capitalism to the ground with serene magnificence. Dignified performances power vignette after vignette, each poised between situational tension and rhythmic calm. The faces of the actors (professional and non-professional) tell stories without even speaking a word.

Viewed in stark genre terms, this is a drugs movie, a cartel movie, a gangster movie: yet these aspects only kick in once the filmmakers have shown us who the Wayuu people really are. The stakes are not the usual genre stakes of kill or be killed. The stakes are people’s souls. The fearless Wayuu matriarch (Carmiña Martinez) is in touch with the spirits through her dreams, but after she has traded traditions for blood-soaked opportunism for too long the spirits won’t take her calls. Birds of Passage is glorious artistically as a miasma of cinematic detail, and as a social commentary on how money destroys the most precious things. It is warning shot which echoes on and on.

Adapted from Ugandan writer Monica Arac de Nyeko’s short story Jambula Tree, Rafiki (which means ‘friend’) is a debut feature by female director Wanuri Kahiu. It played Cannes with two newsworthy tags. It’s the first Kenyan film to be shown in Cannes, and it is banned in Kenya because the Kenyan Film Classification Board say that it normalises gay sex. Gay sex is still illegal in Kenya and punishable by up to 14 years in jail.

With these underdog credentials, this lesbian love story is one you want to root for, and indeed it opens in a way that suggests, exhilaratingly, the arrival of a fully formed talent. Bright colours dominate its aesthetic: especially pink, the favourite colour of Ziki (Sheila Munyiva). Kena (Samantha Mugatsia) notices Zena thanks to her pastel dreadlocks, outdoor dancing and talent for locking eyes in a loaded way. The teenagers are daughters of rival local politicians so every move is monitored by the beady eyes of the local gossip and kiosk owner, Mama Atim. Nonetheless, they enjoy the most tender of times together and Kahui does her best work in bottling the skin-tickling breeze of young love. This festival will be hard pushed to find a more romantic scene than Ziki and Kena’s first date to a club.

Things fall apart once they are discovered and Bad Things Happen in a way that loses power as result of using every cliché in the oppressed minority rulebook. There is a story here, but it is the story of Ziki and Kena – not the society around them.

Linkedin
RELATED ARTICLES
OTHER ARTICLES
For decades, an area of East London has served as a community hub for Vietnamese people looking for a taste of home.
In her new book, the author explores the country’s housing crisis in human terms and calls for radical action to address a broken system.
50 years since its inception, and the campaign calling for recognition that capitalism depends on domestic labour is as pertinent as ever.
Freddie Miller’s new series of photographs investigates who today’s trainspotters are and what drives their unfettered enthusiasm.
Finland-born photographer Sirkka-Liisa Konttinen looks back on her decades-long documentation of life in Northern England.
Proposals to introduce a minimum GCSE threshold for student loans will disproportionately affect those from marginalised backgrounds.