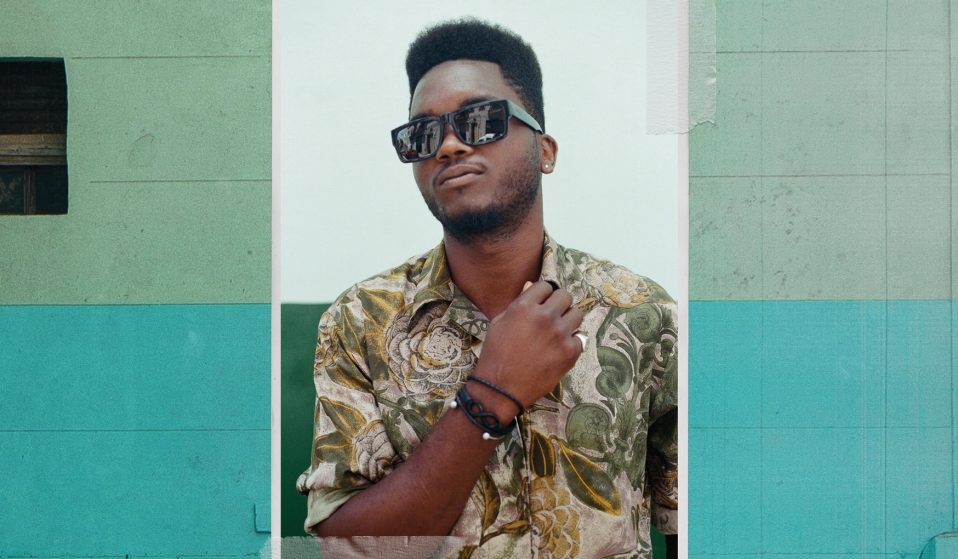 Erik Iglesias Rodríguez is one of the biggest names in Cuban music. A new documentary tracks his journey from underground sensation to star.

With his infectious grooves and progressive message, Erik Iglesias Rodríguez is one of the biggest names in Cuban music. A new documentary from filmmaker James Partridge tracks his journey from underground sensation to bona fide star.

Not many artists deserve the clichéd description that is, ‘Their music transports you to another world.’ But Cimafunk’s sound genuinely does. To be specific, you’re taken to Pinar del Río, roughly 200km south-west of Havana, Cuba. And you’re having a good time.

His raw talent and infectious groove alone have been enough to captivate people worldwide, earning Cimafunk (real name Erik Iglesias Rodríguez ) a coveted slot on NPR’s Tiny Desk Concert – which, at the time of writing, has been viewed over 260,000 times. But there’s history underpinning the sound too.

Primarily situated around Son Cubano and old school American Funk, Cimafunk’s songs tap into the notion of being Cuban. “Cubans get together and have fun, that’s all we need,” he says. It goes deeper than simply singing about having a good time, though: Cimafunk is derived from the name Cimarrón, which was given to slaves from the Spanish colonies who escaped into freedom. This, combined with his embracing of his Afro-Cuban identity in both music and appearance, is why Cimafunk has been propelled to fame. Today, he’s one of Cuba’s biggest musical prospects.

Filmmaker James Partridge stumbled across Cimafunk in a bar back in 2018, and was so captured by the performance that he decided to start filming. Eleven busy days later, their documentary Cimafunk: Electrifying Havana With Afro-Cuban Funk had wrapped filming.

Huck spoke to both Partridge and Cimafunk about the making of the film.

How did the project come together?

James: My wife Mariana [the film’s producer] and I were on holiday in Havana, Cuba. One night we went to this very busy bar. A young Cuban dude heard us speaking in English and told us we were really privileged to see Cimafunk. We took it with a pinch of salt, and then Cimafunk played and they were fucking insane.

I had my camera, so I started taking photos and shooting film. After the gig, we told him he was great and that we’d love to do a project with him, and he said he had another gig to go to, so he invited us to continue the conversation in the taxi.

How long was filming?

James: We only spent 11 days together, but in those 11 days it was full-on. We even stayed at Erik’s house.

Cimafunk: I hadn’t been filmed for more than a day before this, and haven’t since actually. The sensation was surreal because it didn’t feel like work, we had a fun time – it was beers, beers and beers. But we also filmed all the time, so there was a lot of material. I was filming the music video for ‘Me Voy’ at this time too, so James’ [shots are] actually in the video.

How are you navigating your newfound fame?

Cimafunk: I’m not sure, it’s been a complicated year. I didn’t expect such a reaction from people. The music video and track ‘Me Voy’ really did explode here, the whole country went crazy. When this happens, you start to question yourself: ‘What are you doing next, what’s the right thing to do?’ Because you know everyone is listening to you. It’s become a big concern for me over the last half-year, and when making my new record.

But I know that I do this for myself, and that I feel good when I do that. So I’d say to people that feeling good in every sense is the most important thing. I don’t really care which part of the music makes them feel good, but I want them to feel good. That’s the only thing I can do with my music, there’s nothing else behind it. It’s about having a good time, feeling happy, feeling free.

Why do you think your music has been so successful?

Cimafunk: I don’t know what it is people enjoy about me, but I think it’s the way I talk. Because I speak in Cuban dialect – with our slang – but I’m not very political in my songs. You can hear more academic, political arguments in the songs other people here make, and there’s a crowd for that.

There’s also a lot of misogynistic Cuban music, the music here is a bit rough on the girls and stuff. I think I’m just in the middle: the lyrics aren’t hurting anybody, and it isn’t aggressively political, but I am talking in a way that everyone understands and I’m talking progressively. So I think maybe there’s been an explosion because people it isn’t obscene in any way, it’s just everyday life.

I am also trying to use African rhythms and funk, but ultimately they’re already here in Cuba and already mixed and integrated. I was listening to the old Afro-Cuban music and figuring out how they pieced it together. The people here might not know the specific artists I listened to, but they know the music and all the elements of the music. They’re familiar enough with it for my music to sound inviting. 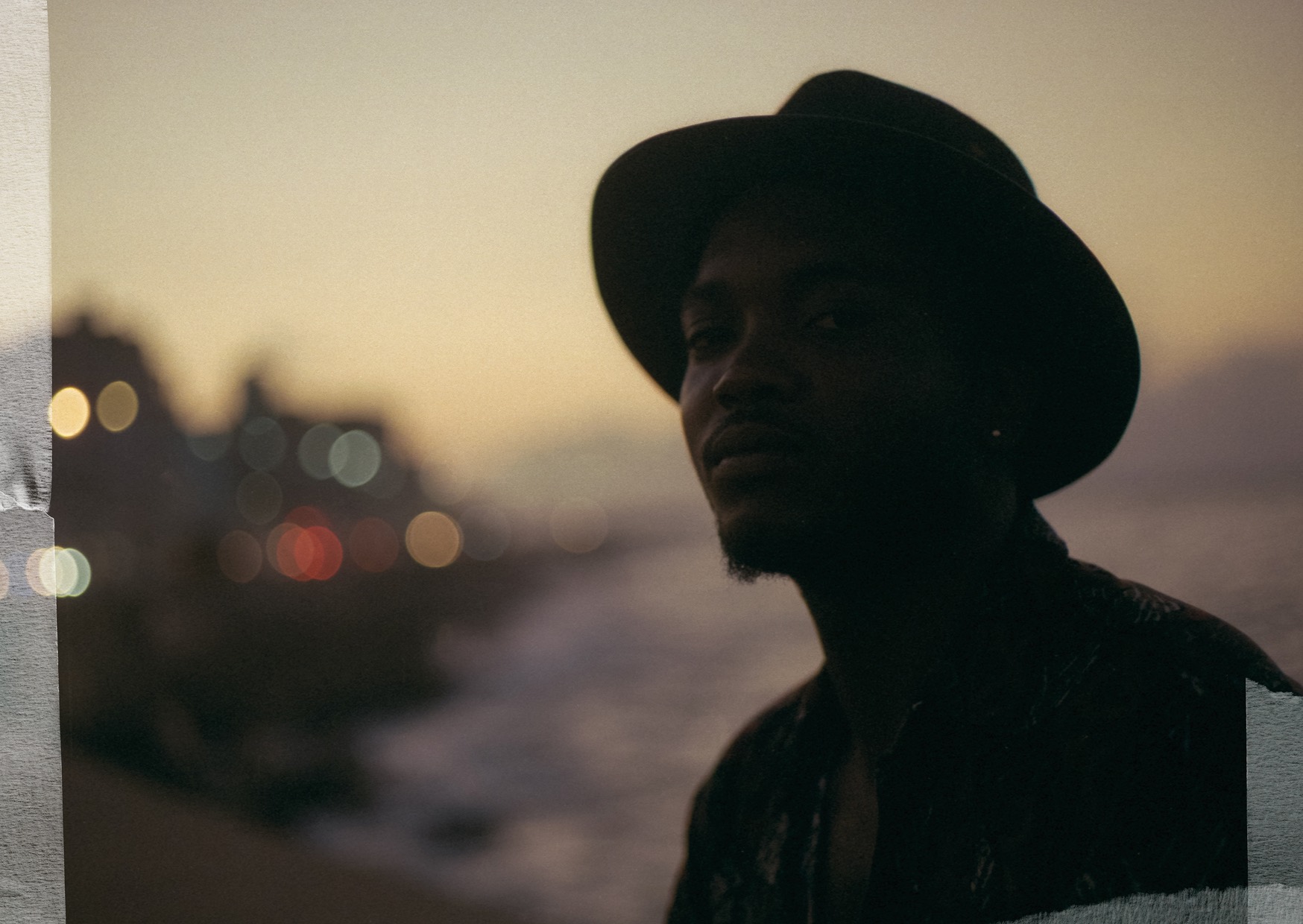 In the documentary, you mention the public needing a new sound. What do you mean?

Cimafunk: The emphasis on mixing funk with Afro-Cuban music is something I think my people need, it’s deep within them. Also visually, I remember my grandmother telling me that in the ’40s [through to] the ’60s she was really poor. She used to work in a house of white people. She’d tell me she’d work all week, but was allowed to go out on Saturday. And when she’d be out on the street, you didn’t know who had money or not, because everybody was super elegant, in the night you could be whoever you wanted. I’m trying to channel those visualities of freedom, and they also intersect with funk fashion a lot, the shiny pants and crazy shirts. But I pay close attention to the Cuban elegance of that time.

In the film, there’s a scene at the barber’s – why was that important?

James: Erik’s flattop is quite a defining feature for him. It isn’t – or wasn’t before Erik – a common thing in Cuba. It defines him as a strong black man. The scene is also one of my favourite scenes, perhaps even my favourite because of the way they both just start jamming together. That’s Cuba summarised for me. They just start freestyling for fun.

Cimafunk: I have my current haircut because my father always had it. But I also adopted the flattop when most Black men were trying to make their hair long and straight like a white man’s by using keratin. The girls do it too but it is mainly the men. So my hair has always caught people’s attention, but since I’ve become more popular, men have been allowing their hair to become more natural and Afro. 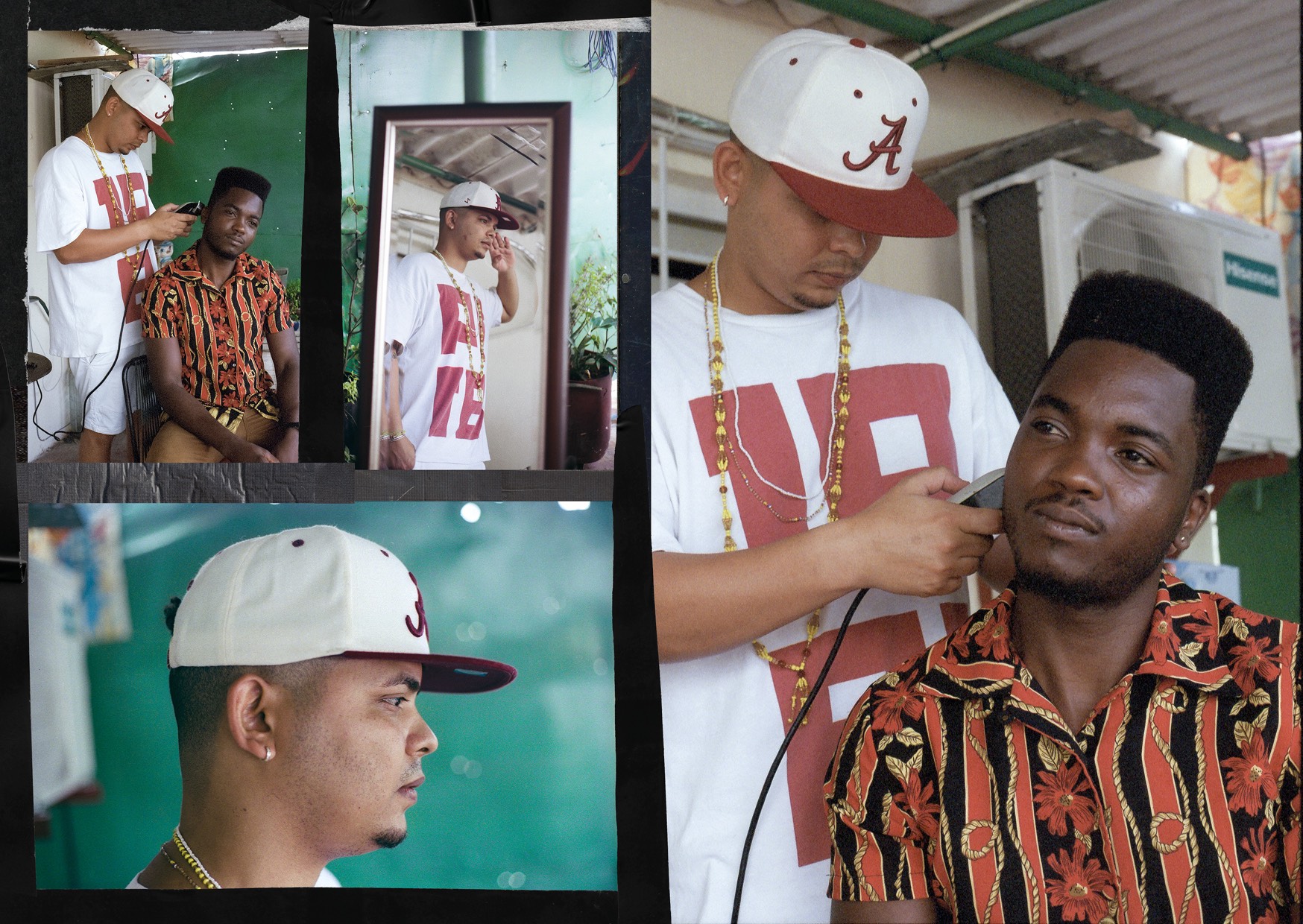 What’s it like to grow up as a black man in Cuba?

Cimafunk: It’s a long story. My grandmother had a lot of bad racial experiences, as did my grandfather. They’re the spirit of my family, and their history will always teach us something. She made a point of making each of her children go to university because she didn’t want them living how she did, she was closer to the slavers. But now, my mum is a psychologist, my auntie is a surgeon, everybody made a life for themselves because of the grandparents. When I was a kid my parents had the mentality: be proud, be smart, try to achieve beyond your means, and that also meant beyond the race.

So I always feel the tension of feeling black, because it’s normal. My ancestors were given freedom, you know. And also when they were set free it isn’t like they were going to live downtown and work as a doctor in a hospital. They become an outsider, living in the margins of the city. Then you try to incorporate yourself in the system, and it’s hard because racism exists. When my auntie decided to study medicine, white people said to her, ‘When have you ever seen a poor, black, doctor?’ She’s one of the best surgeons in the state now.

You have to see things in the way they are, Black people are in Cuba because they were obliged to. Most people came here to find money, yes, but for black people it was obligatory. We built everything: the cities, the monuments. We were here to work. Eventually, we were considered to be human beings and were freed. Growing up, I learned that my grandmother was feeling a lot of pain. But I also learned to not think about the pain, I learned to think about how to be the best I can, and to always try to be happy. I go forward, I do my thing.

A lot of people see you as an inspiration. What do you hope they’re inspired by?

Cimafunk: I want them to learn the idea of being Cuban, and of our unique communication and culture. I also hope they can see someone who loves themselves and is doing what they want to do, and that it makes them think those things about themselves. I want them to look around and see that they can have a good time.

The thing is, musically, nothing here is new. You can hear it in New Orleans or Puerto Rico. In any Spanish colony. The only thing that makes people come back to Cuba and see Cuba as unique is the people, and the way we live and communicate. We have a healthy way of living. We don’t need a big car, refrigerators and lots of money. Those people visit Cuba and they see how much we’re smiling. For me, if you’re not alone, you’re good. I want people to feel that happiness. 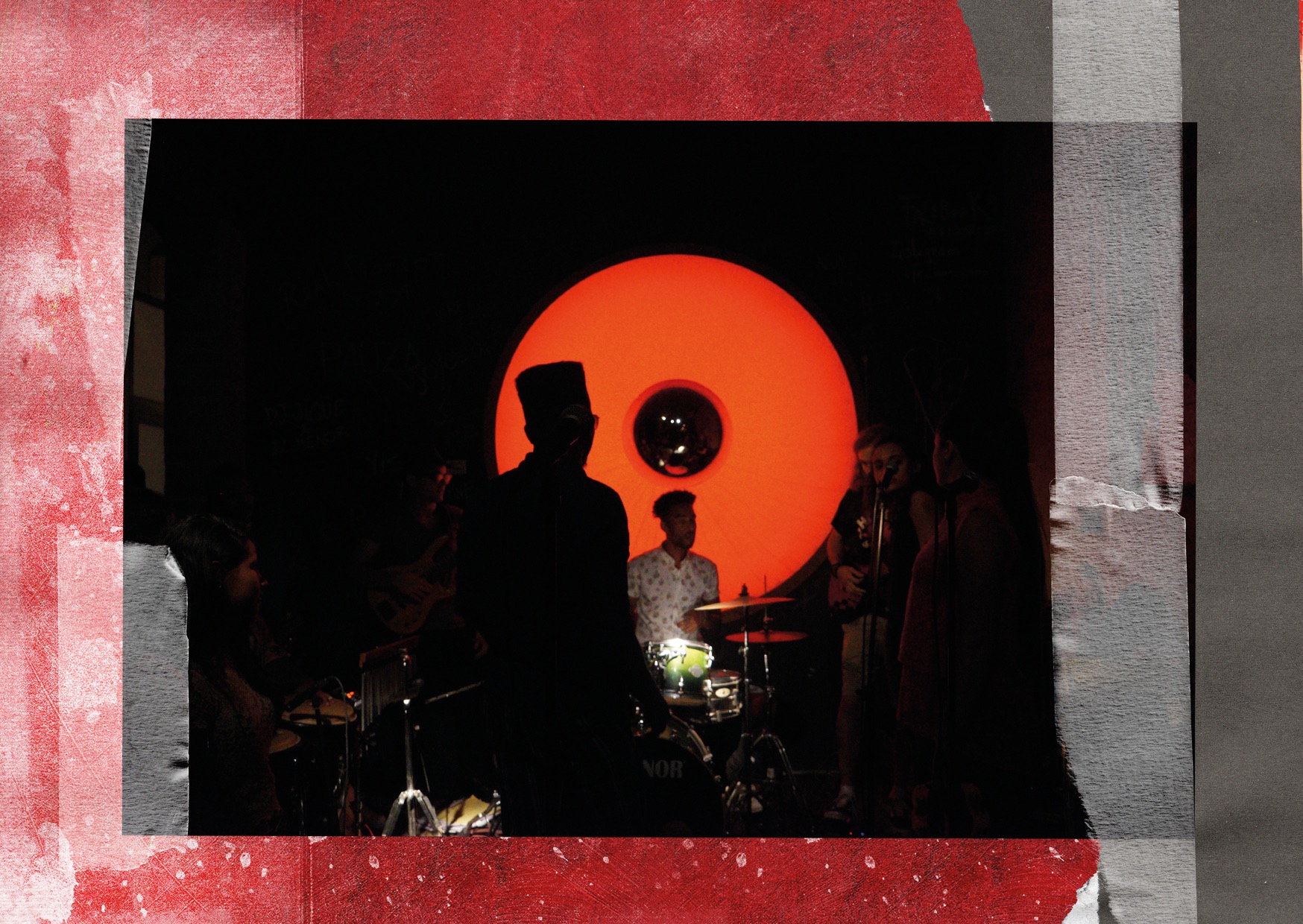 Cimafunk: Electrifying Havana With Afro-Cuban Funk can be viewed on Vimeo. It was shot and directed by James Partridge, and co-produced by Mariana Piña Marin.

Linkedin
RELATED ARTICLES
OTHER ARTICLES
In his 2008 series, the photographer pictured himself as Angela Davis, Martin Luther King Jr., Malcolm X, and other prominent figures.
Birdy Chu reflects on documenting the historic moment in which the territory was formally passed back from the UK to China.
With skyrocketing rents, packed out viewings, bidding wars and more, renting in London has never been harder.
The idea that a younger generation is abandoning work has become a popular narrative online, but it doesn’t necessarily reflect reality.
The workforce is now gearing up for industrial action after receiving a measly pay rise, reports Ella Glover.
Ahead of the release of their first collaborative album, the producer and rapper talk psychedelics and the state of UK hip hop.