Art & Culture / Interview: Climbing the toughest Himalayan peaks with the cast and crew of Meru 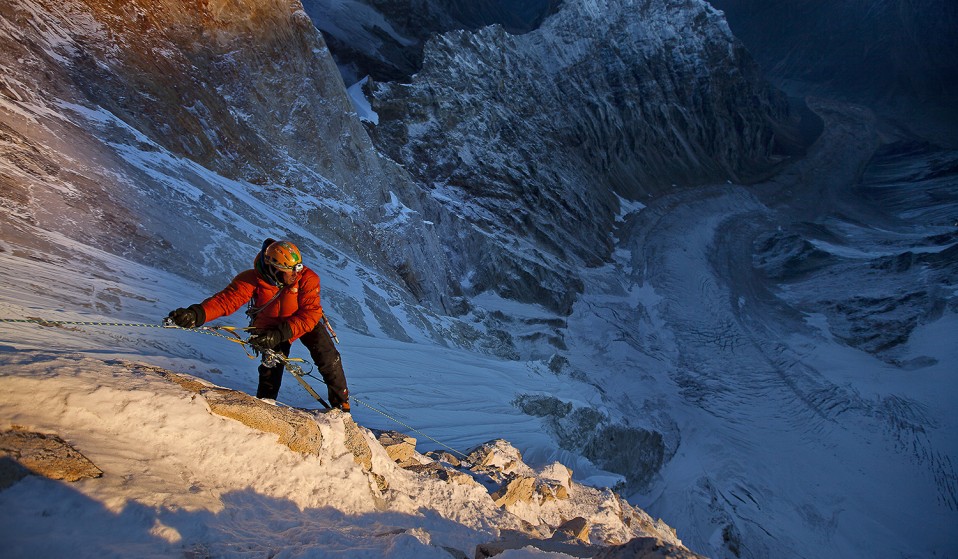 Meru follows three men climbing one of the hardest ascents in the world, and Huck got to speak with some of the faces that put it all together.

Documentarian Elizabeth Chai Vasarhelyi couldn't believe her eyes when she saw hand-held footage of climbers attempting to assail one of the hardest ascents in the world. So she decided to explore the emotional journey that got them there. The resulting documentary is Meru, in cinemas this week, and Huck got to speak with some of the faces that put it all together.

Take three mountain-climbers attempting to ascend one of the sharpest peaks in the world, Meru in the Himalayas. The scale is harrowing, leaving one near death. They give up and descend. Weeks later, one of the men survives a near-fatal avalanche. Spurred on by beating the odds stacked against them in such rapid succession, the three decide to revisit the climb.

It sounds like Hollywood artifice, but this is actually the premise of Meru, a new documentary charting the maddening journey of three gravity-defying explorers.

As co-director Elizabeth Chai Vasarhelyi says, “You couldn’t have written it better.” Chai herself came to the story late, having watched footage of both ascents as recorded on the mountain by the climbers themselves. What she felt was missing was context, and the story that went along with the climb. That’s where her own perspective came in.

Through interviews and archive footage, Chai assembled the narrative surrounding the climb – the personal tragedies and back-stories that inspired Jimmy Chin, Renan Ozturk and Conrad Anker to ascend. “They had this remarkable footage of the climbing, it was really just show-stopping. But also the ingredients of the story were there. In that it was about friendship and its ups and downs and highs and lows.” 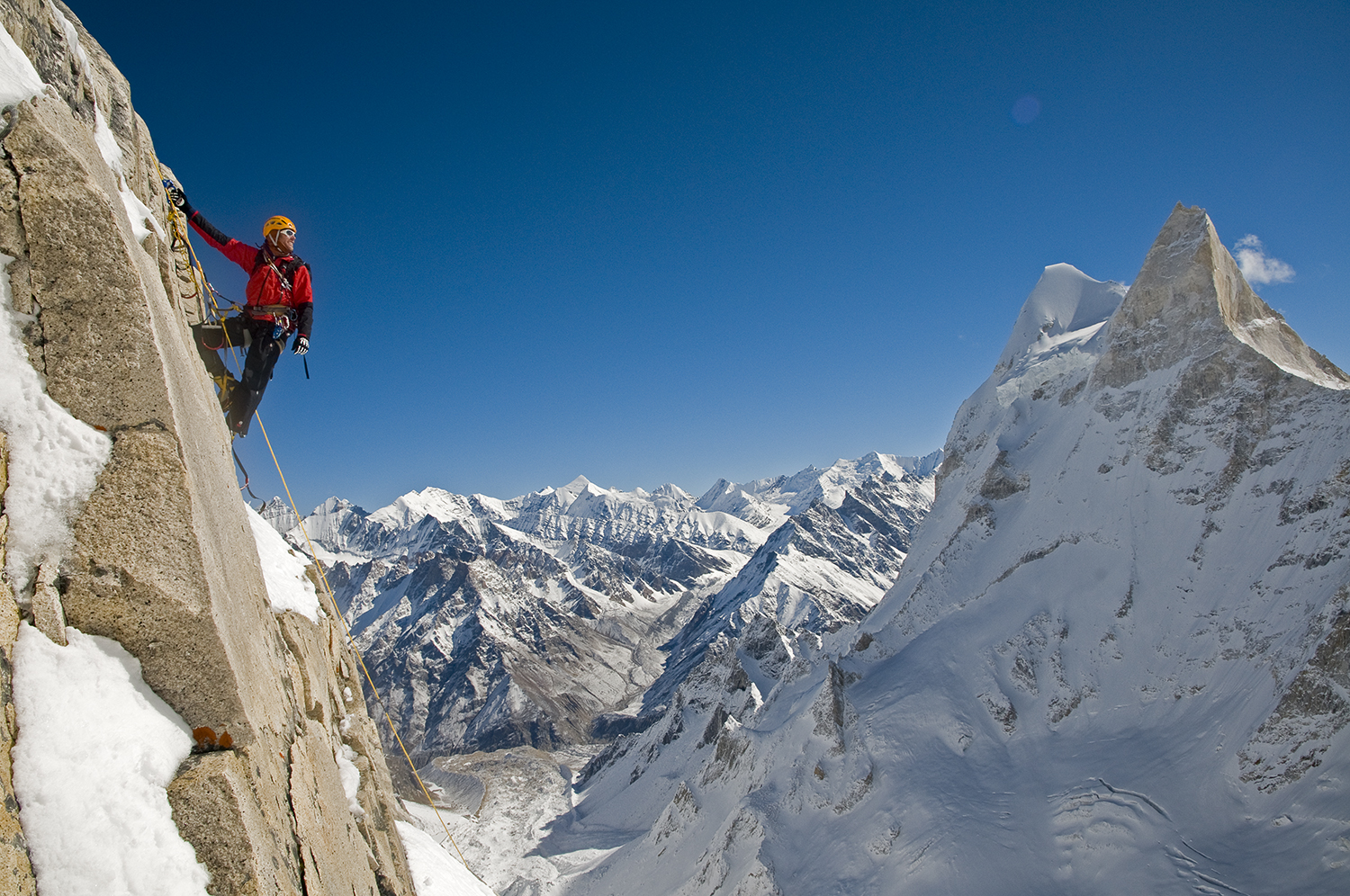 Watching the three men ascend the peak for the second time, against the wishes of friends and family, it’d be easy to write them all off as nuts. Especially with the still ailing Renan remaining without blood supply to half of his brain, and chunks of vertebrae floating around inside of his neck. It was something Chai herself admits to thinking at one point, and something she had to humanise in the editing room.

“I always thought climbing was about getting to the top,” Chai explains. “But as I began to understand the story, their bringing Renan [the second time] actually jeopardised their chances of getting to the top. So for them honouring that friendship is more important. Somehow understanding that incredible act of friendship made it more acceptable for me as a non-climber.”

“[For me], it was just about the nuances and the grey areas. How do you acknowledge the dangers and risks involved, but also give it a human voice? These guys aren’t mavericks, they’re not crazies. They’re just incredibly spirited individuals.”

It was something that resonated with Jimmy, Chai’s co-director. “I’ve been a professional climber for a long time, and I always feel like there are a lot of false assumptions around climbing,” he says. “I really wanted to share aspects of climbing that I’ve always found very powerful and meaningful, that people don’t necessarily associate with what we do.” 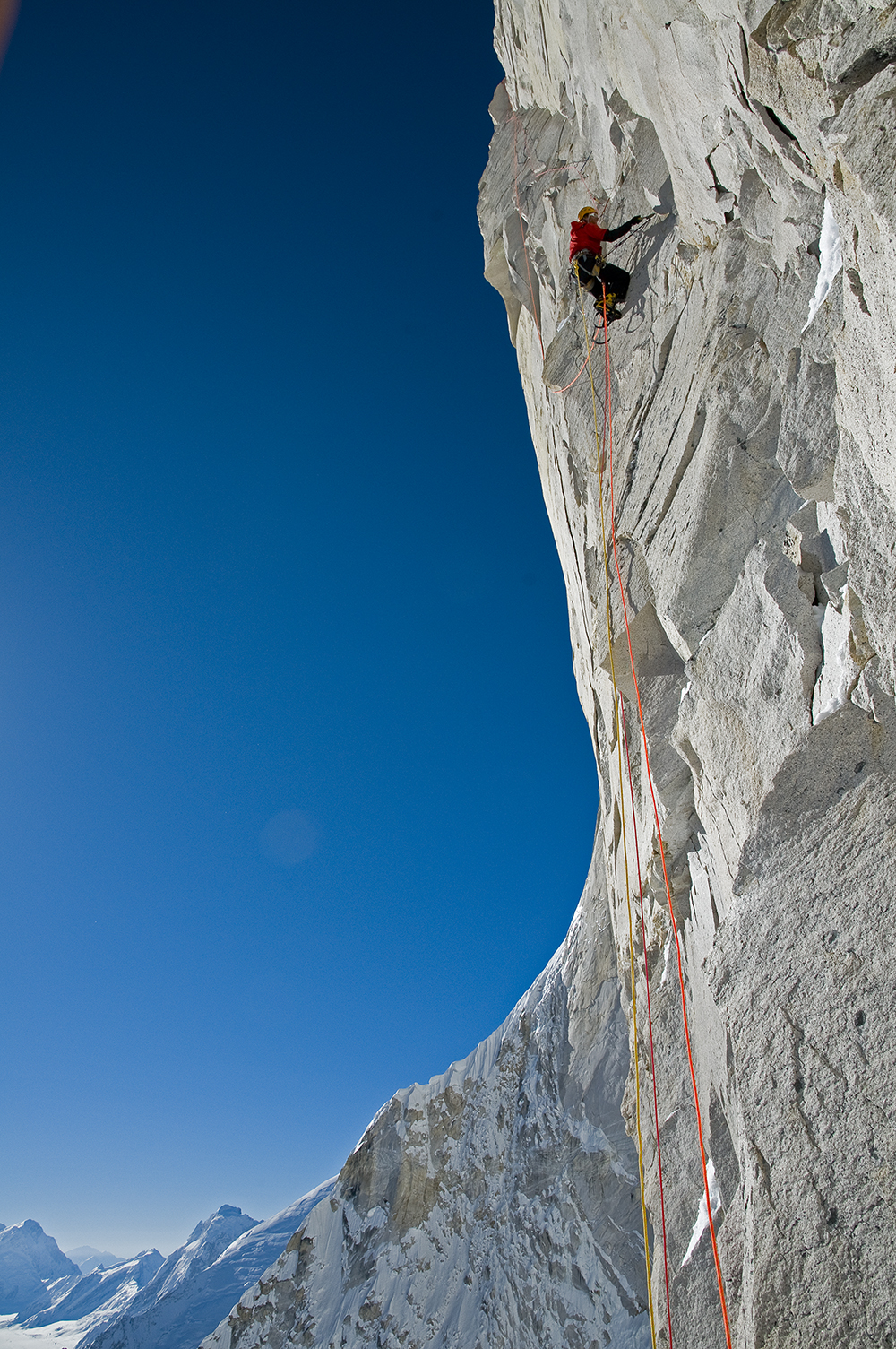 “People think mountain climbing is for daredevils or crazy people or something. But climbers are very, very calculated people, and there are a lot of different types of motivations for climbing that are beyond quote-unquote ‘trying to conquer a mountain.’ It can have a lot to do with the relationship you have with your friends, and sharing a common goal, and it can also be a big catalyst for a person’s life if they’ve had a lot of hardship.”

It’s a fair agenda. Not that it was easy getting the men to convey it on-screen. “The biggest challenge was figuring out if you can get emotional performances from the climbers,” Chai confesses. “Climbing is a very understated culture, and the school that Jimmy, Conrad and Renan are from – they’re not really ones to brag, or to underline the difficulty of what they’ve done. So that was my question as a filmmaker. Can they find the language? Are they able to access those emotions? Would they be able to emote?”

Renan, as the film depicts, is the most understated of the climbers. “We wanted the film to show climbing in a different light than a lot of the standard Himalayan climbing that you see,” he says, emulating the dialogue of his colleagues. On the day we speak, he seems a little burned-out from talking about the movie. Not that you can blame him. Reliving the same near-death experiences and tales of torn vertebrae’s over and over would understandably take its toll. Get him talking about his life as a nomad travelling the globe, however, and he starts to open up.

“It appealed to me because it was a very simple, very clean way of living,” he says. “At that point in time, I was really passionate about pursuing the paths that are usually really hard to pursue.” That includes not only mountaineering, but landscape art and filmmaking – he recently provided cinematography for the provocative Jennifer Peedom documentary Sherpa. 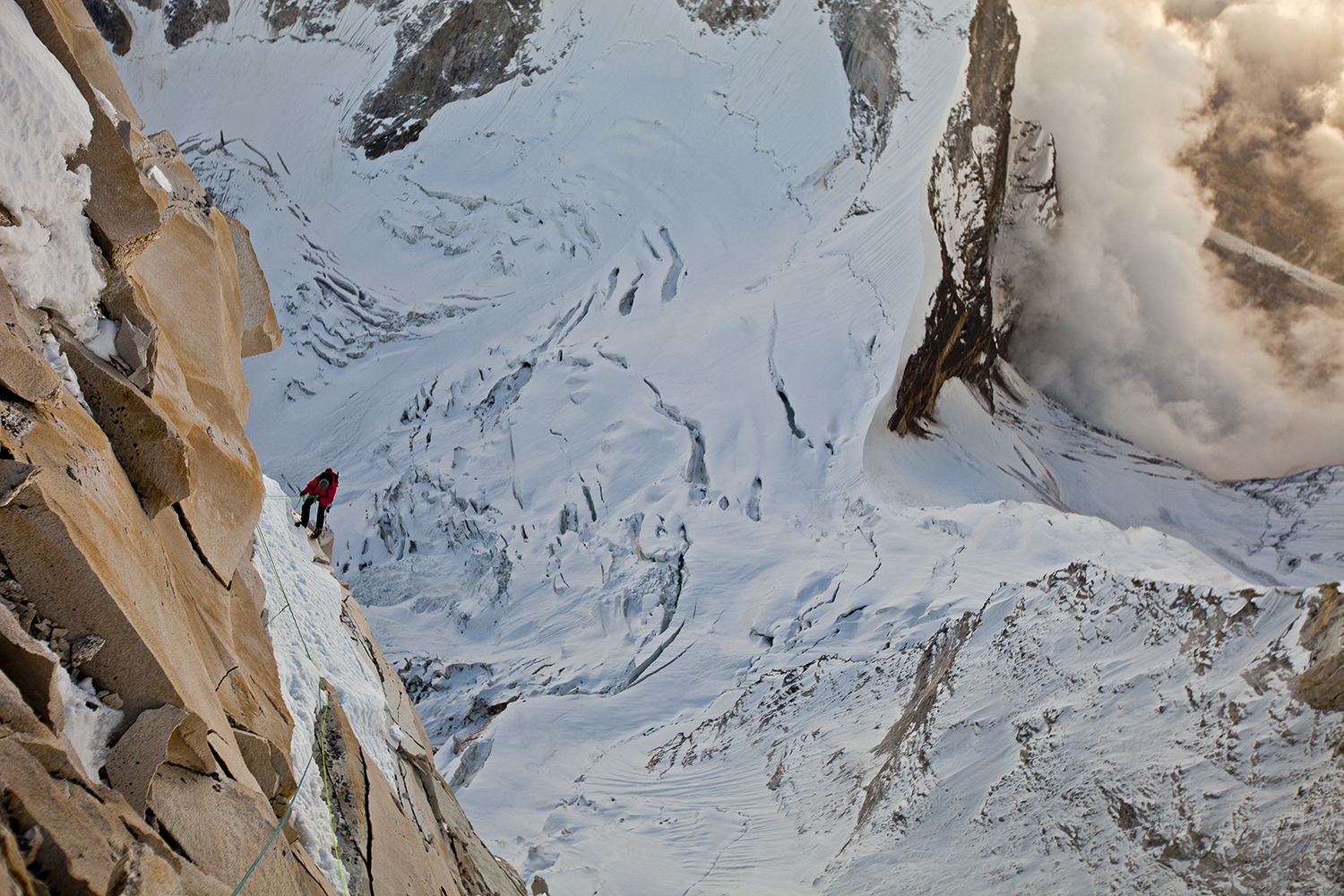 “It was also a way to not get caught up in all the hustle and bustle of society that distracts you from those passions. The more I did it, the more I felt like I wasn’t alone in being a nomad. That there was a community of climbers and artists that you would see in the same places. Kind of like an endless summer/endless winter scenario.”

Jimmy is a little more forthcoming. Speaking to him, I was curious whether seeing the film on the big screen had impacted his own perspective on the risks of climbing. Even more so because of the changes in his personal life since the Meru ascent. While editing together the finished film, Jimmy and Chai fell in love, married, and had a daughter. She’s now pregnant with their second.

“I think my perspective on life and death changes like everybody’s over time, as you get older, and as you have a family,” Jimmy says. “But my understanding of why people [climb] has always just been very clear and obvious. There’s a certain kind of, for lack of a better word, ‘passion’ for it. And that’s not necessarily easy to find in life, and when you find something that you’re passionate about, it’s important to live that passion. So it inspires you every day and motivates you. Fortunately, or unfortunately, some of us are inspired to climb.”

“I don’t necessarily want my children to be high-altitude, big-wall Alpinists. But if they find something that they’re passionate about, I’ll be encouraging of it. I just want them to live passionate lives. My wife keeps saying, ‘Jimmy, you know your son is going to be a poet, right? He’s gonna hate skiing and mountains and all he’s gonna do is write poetry.’

Meru is in cinemas via ourscreen and on digital download from 12th February, and is available on DVD and Blu-Ray from 7th March.

Linkedin
RELATED ARTICLES
OTHER ARTICLES
Photographer Chloe Dewe Mathews reflects on the diverse rituals that continue to persevere along the river– despite the changing London landscape.
Following the release of their third album, the duo talk collaboration, family and connecting with the dead.
The hate Just Stop Oil faced after throwing soup over a Van Gough painting has been immense. Here, they explain why it won’t deter them.
Whether it was seacoalers in Northumberland or the miners’ strike, the photographer was always fully immersed in the story he sought to capture.
The campaigning charity are on a mission to increase inclusion, participation and representation of Black people in trail running.
Planet Ardbeg is a 40-page sci-fi anthology created by three cutting-edge artists.