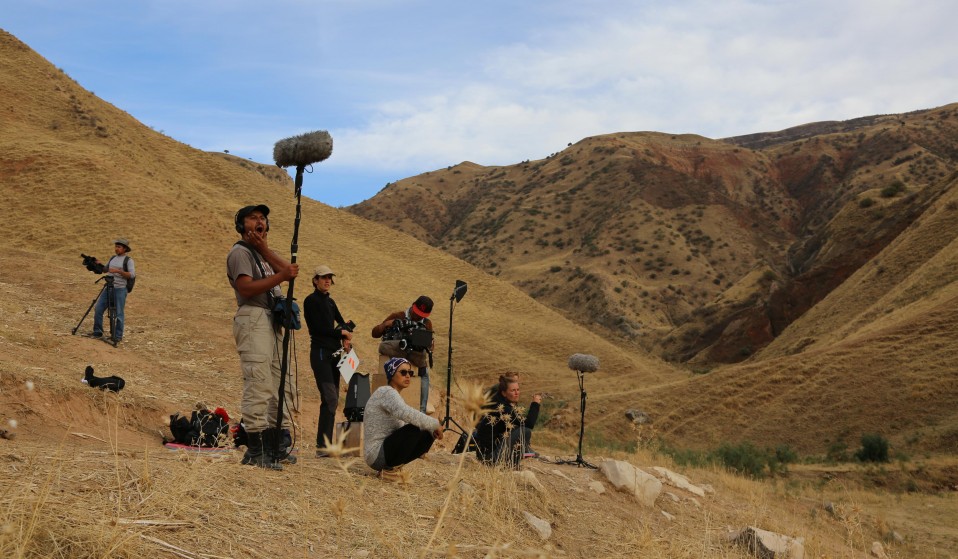 Inspired by our profile of renegade director Shahrbanoo Sadat in Huck 56, we're saluting filmmakers who have fought to shed light on a misunderstood part of the world.

Filmmaker Shahrbanoo Sadat overcame a corrupt Afghan film industry to tell her own story – the award-winning movie Wolf and Sheep. Inspired by our profile of her in Huck 56 - The Independence Issue, we're saluting other directors who have fought to shed light on a deeply misunderstood part of the world.

Those of us in the West tend to have a narrow understanding of culture from the Middle East and its neighbours in Central Asia. Our view of the region is typically filtered through a media discourse almost entirely focused through the prism of conflict.

But when director Shahrbanoo Sadat spoke to Alex King for Huck Issue 56 – The Independence Issue, she articulated her need to reveal a more human side to Afghanistan.

To do that, she had to circumvent a “corrupt” film industry and find a way to exert creative autonomy.

“I really believe in my independence: I can breathe, think and talk about whatever I want,” says Shahrbanoo.

“I believe an individual’s actions can affect society: this mass of people all moving in the same direction. I feel like people should take risks because that’s the only way we can move forward.”

Shahrbanoo’s words reflect many filmmakers from the Middle East and Central Asia who have been forced to work independently while also trying to shed light on a deeply misunderstood region.

Those films have not been made solely for the benefit of a Western gaze, of course, but they do help us understand a diverse range of cultures and people.

Mohsen Makmalbaf is a renegade filmmaker in every sense of the word. In 2001, he snuck into Afghanistan to make his film, Kandahar, at a time when the Taliban banned movie making.

Looking back at the film 15 years after its release, and in light of all the brutal events that have unfolded in the region since, the film is a moving and humanising portrayal of the land and its people.

Anmarie Jacir – When I Saw You

Palestinian filmmaker Anmarie Jacir’s When I Saw You was lauded upon release in 2012 for being a potent portrayal of life in the Middle East.

The film, set in Jordan in 1967, juxtaposes the cultural revolution of the ’60s with the social and political change generated by the influx of tens of thousands of Palestinian refugees – a timely echo of the current refugee crisis.

Haifaa Al-Mansou’s Wajdja deserves special mention for creating the first film ever to be entirely shot in Saudi Arabia.

Wajdja is a both a tender portrayal of life as a child in that country, and, more importantly, a film about the pressures imposed by women in Saudi society.

Wajma offers a compelling look at Afghanistan’s social mores. The film centres around themes of female sexuality in a deeply patriarchal society, juxtaposing modern values with those deeply rooted in tradition.

It’s an exceptional piece of filmmaking which weaves a documentary aesthetic throughout a narrative fiction film to generate a heightened sense of ‘reality’, humanising thoroughly modern figures persecuted in a traditional world.

On July 4th 2016, arguably the greatest Iranian filmmaker of all time passed away. This short film by Kevin B. Lee is a beautiful and meticulously constructed celebration of Kiarostami’s legacy.

It looks at patterns across Kiarostami’s oeuvre to reveal common themes, interests and stylistic continuities. And for those not familiar with his work, it offers a small taste of a wonderful career.

This playlist expands on an article that appears in Huck 56 – The Independence Issue. Buy it in the Huck Shop now or subscribe to make sure you never miss another issue.

Linkedin
RELATED ARTICLES
OTHER ARTICLES
Hundreds gathered together to protest the policing bill by making as much of a racket as possible.
Those set to be impacted by the governments ’undemocratic’ bill explain why it risks silencing them.
Photographer Yan Morvan revisits a radical moment in history, which saw the emergence of a fiercely-rebellious spirit among the UK‘s youth.
The novelist discusses his electrifying debut, which offers a deft examination of masculinity under late capitalism.
Photographer Melanie Nissen recalls capturing the characters, fashions and rarefied chaos of a rapidly-expanding set of punk bands who helped to redefine the genre.
As the role of the nuclear family is increasingly called into question, people are finding new ways to exist outside heterosexist norms.