Director Manfred Kirchheimer reminisces about his underground graffiti hit and laments how New York has since been cleansed of its colour and creativity.

Director Manfred Kirchheimer reminisces about his underground graffiti hit and laments how New York has since been cleansed of its colour and creativity.

Graffiti documentary Stations of the Elevated didn’t exactly make mainstream traction when it was released in 1981. Manfred ‘Manny’ Kirchheimer’s celebration of the colourful graffiti on New York City’s walls and subway trains is an almost dialogue-free, 45 minute jazz symphony of engrossing footage from across the Big Apple, soundtracked by Charles Mingus and Aretha Franklin.

In the three decades since it was made, the film has become an underground cult hit. Over that time, New York’s landscape has changed dramatically, been sanitised and graffiti on subway cars has been almost eradicated.

Stations evokes a lost golden age of early graffiti – when colour and creativity was all around, as early pioneers forged what evolved into the street art phenomenon of today. 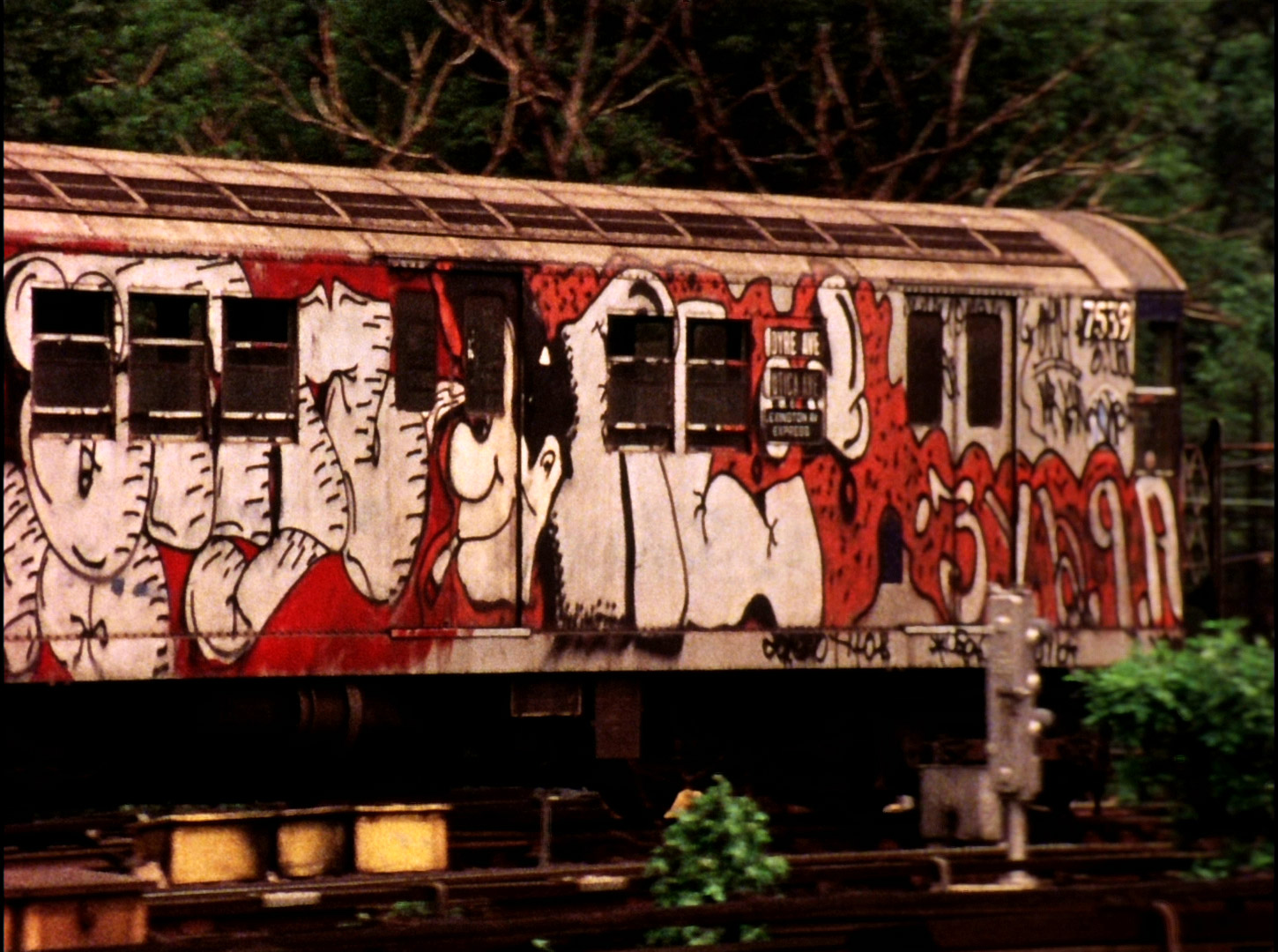 Despite not knowing much about graffiti at the time, Kirchheimer decided to capture the emerging graffiti culture that he stumbled upon and crystallised a moment in time.

Kircheimer moved to the States as a child with his parents after fleeing from Nazi Germany, and has been a documentary filmmaker since the 1960s. His diverse output includes 1985’s We Were So Beloved, about Jewish survivors of the Holocaust, and Art Is… The Permanent Revolution in 2012, his latest film, which explores how famous artists have been influenced by their political contexts.

Stations is a distinctive and mesmerising piece of work, which stands apart from any other graffiti movie out there. As it gains a new lease of life through online streaming and a limited edition DVD release, Huck caught up with Kirchheimer to talk about the history of his film and its relevance today.

What drew your initial interest in capturing the graffiti on New York’s trains?
Back in 1976, I was part of a food co-op and once a month I would drive with my partner to the wholesale market in the Bronx. On the Expressway, on the way to Hunts Point, there are four or five elevated subway lines that you pass under. We’d go out at 5 am in the summer and we’d see these streams of elevated trains that were quite lovely. They were like ribbons of colour – the way you never see them when you’re in the station where they’re right in your face. Being a visual person, I thought that it’d be nice to make a movie about this. I didn’t know anything about the graffiti phenomenon or graffiti writers. I hadn’t paid attention to this before.

So I applied for a grant. I had tried twenty-one times previously for other projects, without success, and was determined this time to devote no more than two hours on a Sunday to the application process. I used big words, like “quintessential,” and puns, like “The trains came from the token ends of the earth.” And of course I got the grant. It was the first time I made a film without using my own money to get started. Now that I had a grant, did I really want to make a film about graffiti? After reviewing other possible projects, all of which needed more research, I decided to go ahead.

I researched this one by riding all the elevated lines from Coney Island in Brooklyn to Woodlawn cemetery in the Bronx, so that I could mark perches from which to film. On route, I began to notice words and pictures on the trains, which expanded my concept.

I noticed the messages on these trains. For one thing, there was no pornography. Back then, when you thought about graffiti, you thought about bathroom scrawls, which had obscene pictures and writings. But these people wanted to express themselves in other ways, and they also wanted to “get up,” advertise themselves. They had no outlet for this; they were surrounded by commercial advertising: billboards, television, magazines… So they started advertising themselves. 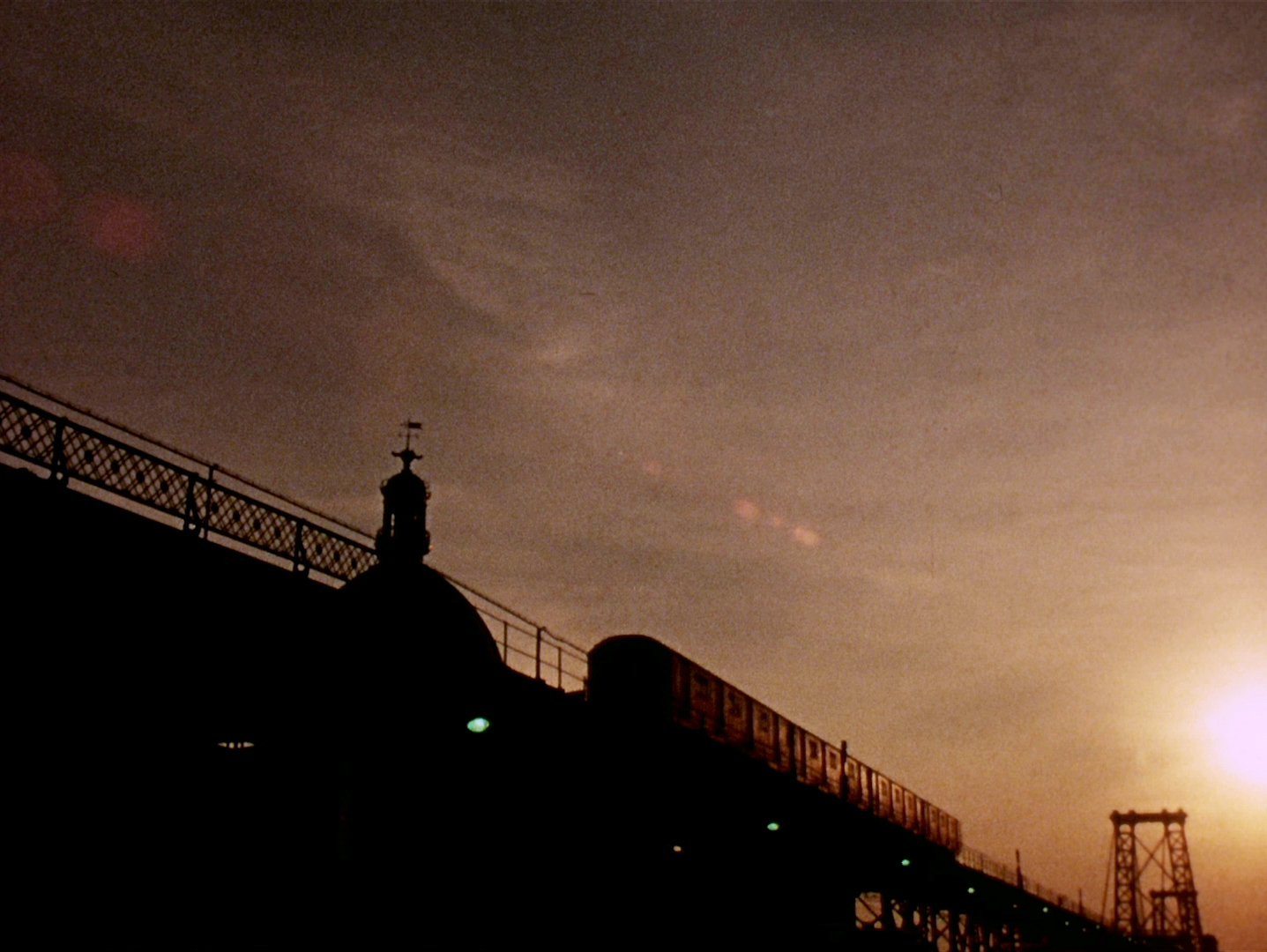 How long did you take to film Stations?
It was a three-week shooting period, but a three-year editing period. Shooting was relatively fast. We had a script and worked six-day weeks, going to different locations. We also filmed at some places we encountered along the way that weren’t in the script. But the editing was something else again.

Finding a structure was very difficult because there wasn’t simply a chronological order to guide me. I had developed some nice sequences but after two years of struggle, I still didn’t have a structure that worked. When I showed the version to some people, a woman I hadn’t met before mentioned that it didn’t feel like a ride to her, which was an important clue. I then spoke with my wife about not knowing how to begin the film and she said, “Just start at the beginning, in the yards — make it simple.”

Also, I listened to a movement from a Schubert String Quintet. I’m not a musician, but I listened to it over and over again to try and figure out how something abstract was put together. All these things helped me enormously. 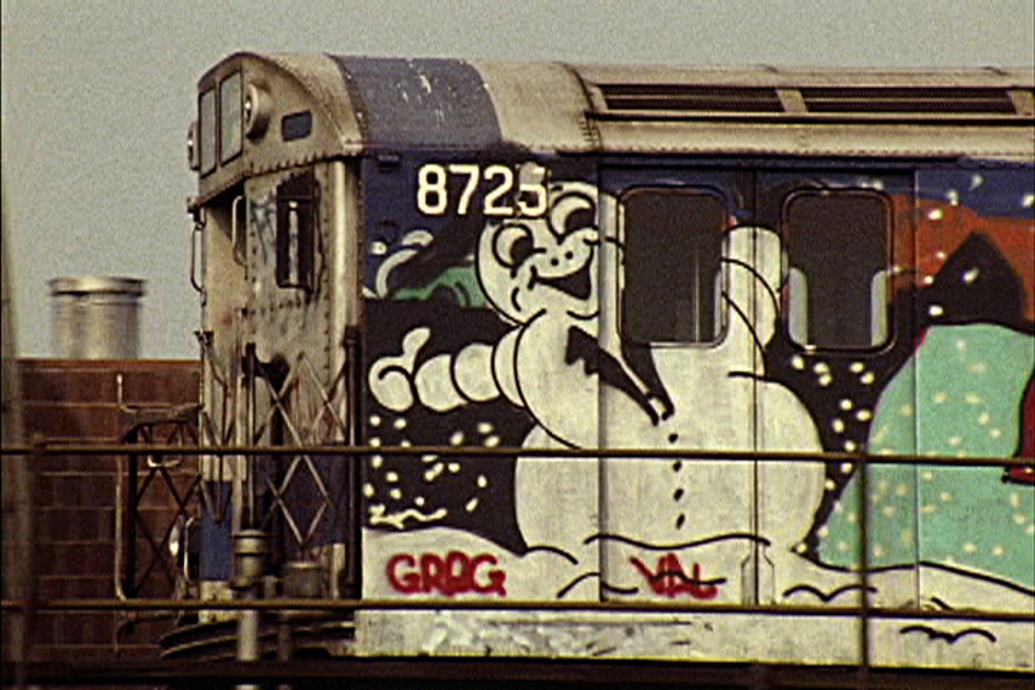 Did your background as someone born outside of New York inform the way you framed the film at all?
I’ve been here since 1936, and I see things with American eyes. I don’t see things from the outside. All my films are about New York. There’s a philosophy behind this also — since I don’t have money and I’ve only gotten one grant since that time, I make films that are possible for me. And New York is possible because I’m there. 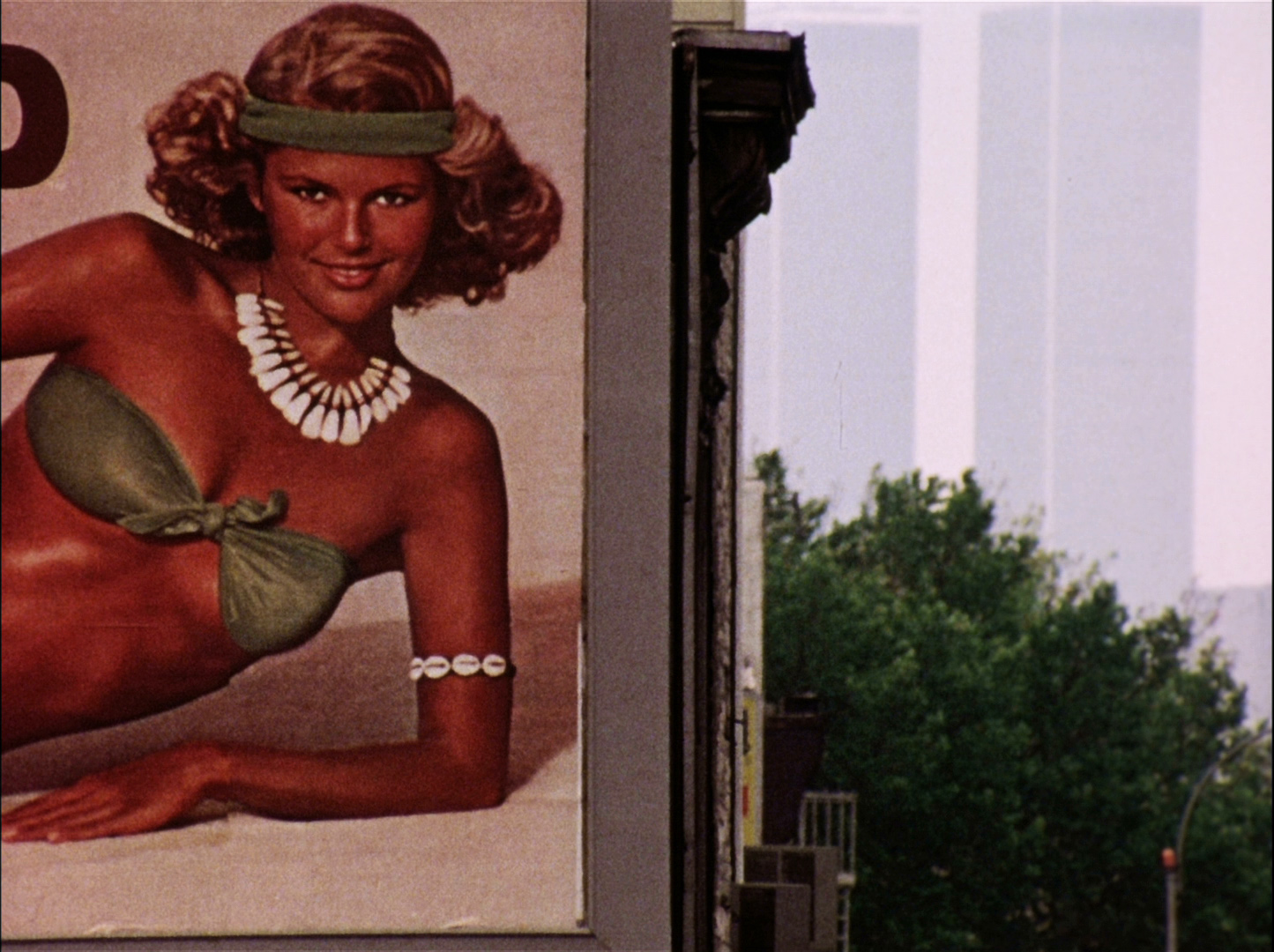 You’ve said that you wanted to question why artwork deemed illegal sits alongside advertising that is possibly more offensive. Could you explore this a bit more?
In the first place, I didn’t and don’t consider the graffiti in my film art. I call the people who do it – and they call themselves – graffiti writers, not graffiti artists. Back then they had just invented these styles. They weren’t yet skilled at using spray paint, “fading,” etc., learning as they went along. They had the attitudes and the need to express themselves like artists, but that didn’t make them artists, yet.

Although some were more advanced than others. It was writing. It was self-expression. And it was illegal. It existed side by side with billboards, which is probably where kids got the notion. And what a notion it was — to have your name on a moving object. 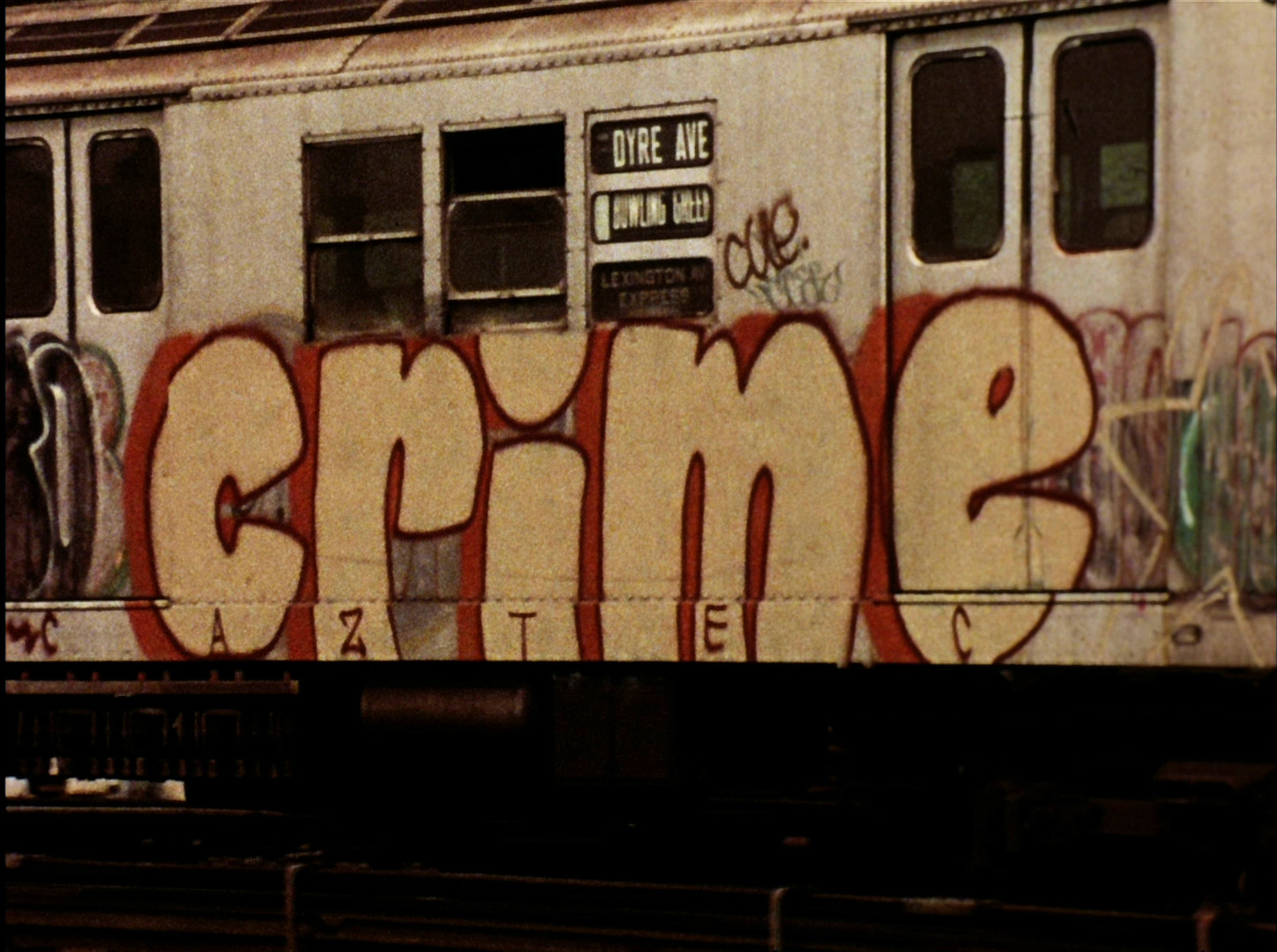 There have been numerous authority campaigns to clean up graffiti on New York’s subway. Do you think that these are futile given the embedded traditions of graffiti?
Not at all. There is no more graffiti on subway trains. By 1989 — according to Zephyr, a historian of subway graffiti — the writing had ended. I imagine the main reason was because they produced stainless steel cars. Before this point, non-stainless steel subway cars were painted, so once you put some graffiti on them it was hard to remove.

Whatever cleaning formulas they used never succeeded in taking just the graffiti — it would take the paint as well. So the graffiti was left up a long time on some cars. But then when the stainless steel cars came along you could just wash the graffiti right off. So now we see graffiti only on freight trains and buildings randomly here and there—especially in Europe. The graffiti in NY has been cleaned up. 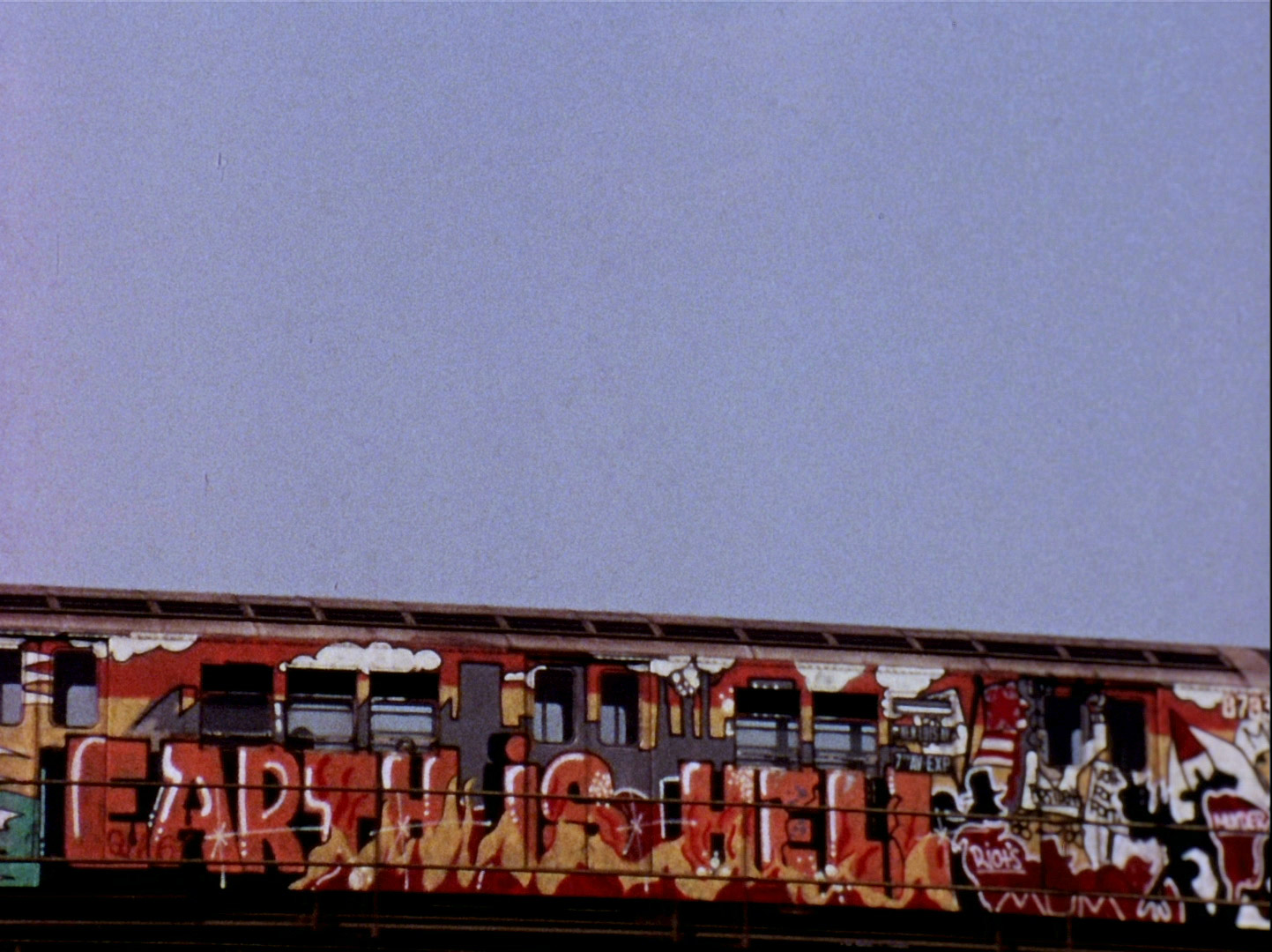 How do you feel graffiti culture in New York has shifted in the time since you made Stations?
I don’t know of any graffiti culture now. Everyone in the world needs to express themselves, and they found this way back in the 1970s. These kids gravitated to painting trains, which was daring, and they stole their paint. Later, they would go to a station, sit there all day long, and see their name go by.

As far as I know — and we’re talking about maverick kids (not all teenagers did graffiti in the ‘70s and ‘80s) — kids today do skateboarding, which requires years of practice and great skill. These people are a community and need to get out of the house and get away from their parents and go where the air is fresh. Also, today, there are young people who rap and are into hip hop. I see them all over town. I think these two things have supplanted graffiti as a mode of self-expression. And, at the same time, the hip hop era partly grew out of the graffiti movement. 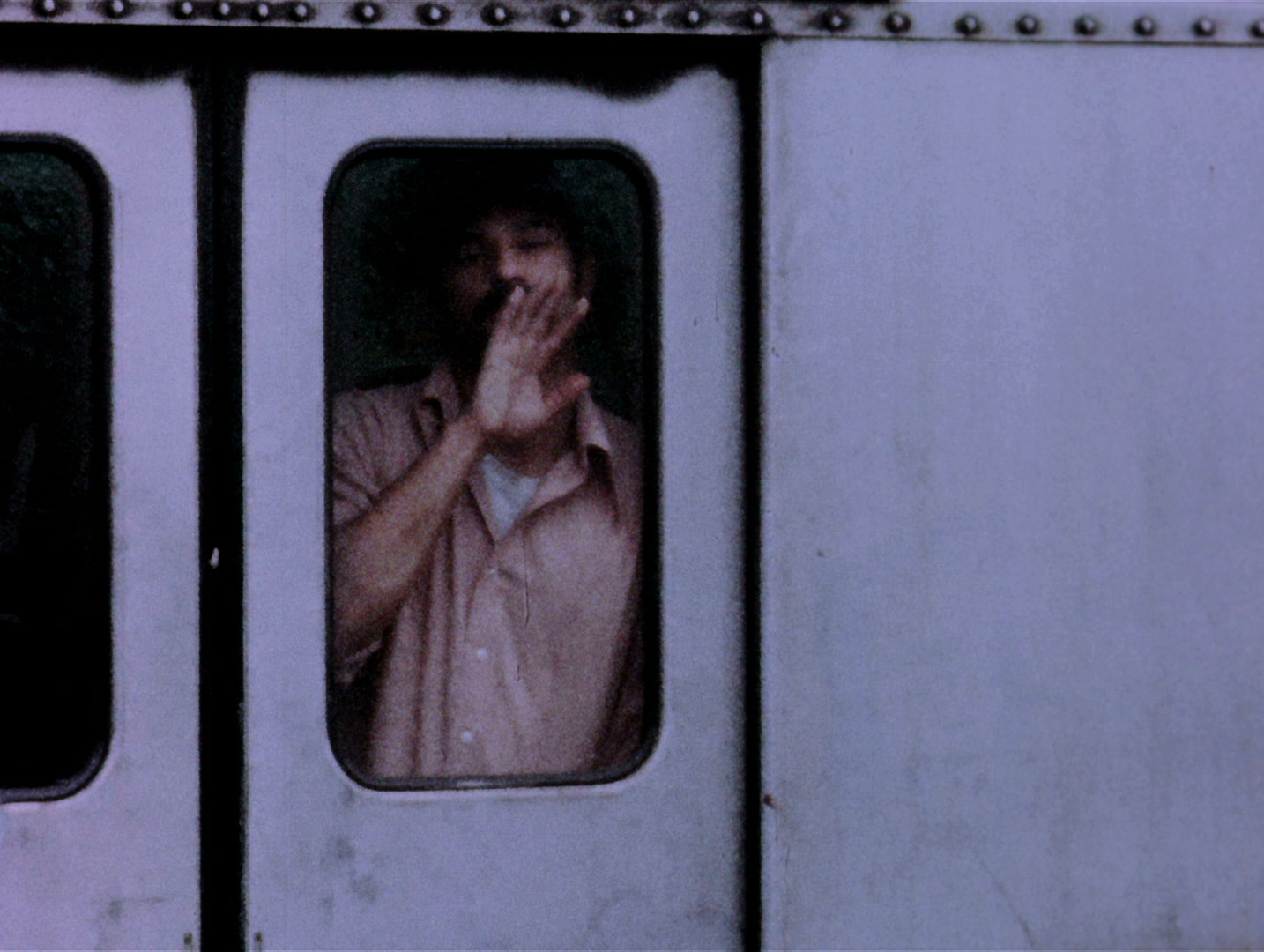 Why do you think there has been a surge of interest in Stations 30 years later? Did you ever anticipate it?
Jake Perlin, he likes the film and he did everything possible to get the film up. He’s someone who knew just how to promote it and that’s how it got into the Brooklyn Academy of Music (BAM) and distributed by Oscilloscope.

All these years since I made it, when nothing was happening, it was a cult favourite. This is when the film didn’t exist except on bad tape. There was an underground cult who knew about the film — aficionados and graffiti writers who found their monikers and tags in the film.

For example, I finished my second film about graffiti, Spraymasters, in 2008. In 2009 it played at a Swedish film festival in a double program with Stations of the Elevated. When I came onstage to introduce the program, I received a standing ovation before the films were even screened. This was the first and the last time that this has happened to me.

There were people who knew about this film for years. The film had been on YouTube for a while in segments before a distributor came in, and that’s how many people saw it. So there is not really a surge. The constituents — the hip hoppers, graffiti writers, skateboarders — have always been around. 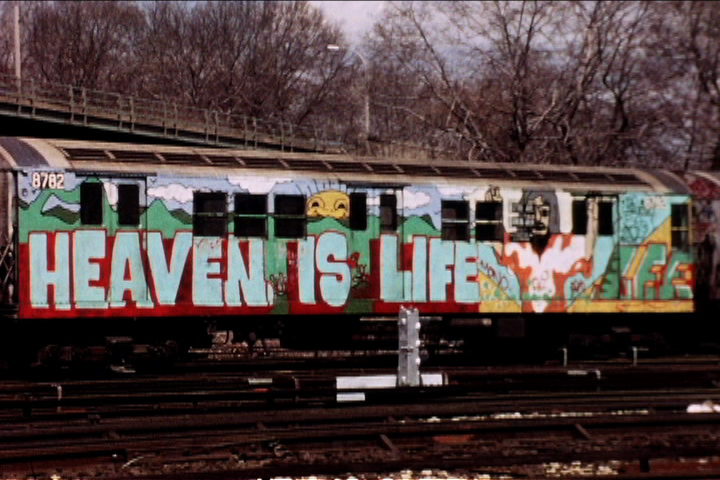 Do you think a film like this could be made today?
Obviously you can’t make a film about graffiti today, since it doesn’t really exist on subways. But there are many films being made about skateboarding. Stations of the Elevated is not really a graffiti film; it’s a film that has graffiti in it for other purposes.

Sure, films like this can be made today — highlighting what young people are up to, in defiance of society. Skateboarders don’t only go in the places that are set up for skateboarding. Some places they skate are dangerous and illegal.

On the other hand, the manner in which the film was made is so rarely attempted today — the old fashioned way of shooting without sound and adding the sound later. Making a wordless film, in which the abstract structure carries the film, using montage — that kind of film is rarely made today, but it’s a way of filmmaking that I love.

Stations of the Elevated is available to stream online and limited edition DVD now.

Linkedin
RELATED ARTICLES
OTHER ARTICLES
Steel City is often overlooked when it comes to the country's cultural radar despite its role in shaping electronic music.
With the UK now set to run out of vaccines, people working in the sex industry – particularly outside of major cities – have been left especially vulnerable, reports Brit Dawson.
With the virus now a global health emergency, we must take steps to fight misinformation and demand a swift UK-wide vaccine roll out, writes Phil Samba.
Yesterday, rail workers came together to protest poor pay, working conditions and job cuts in their latest round of strikes.
Photojournalist Fiora Garenzi spoke with people still living in Eastern Ukraine, an area which seen some of the heaviest fighting since the war began.
Protestors gathered outside Downing Street following the latest atrocities committed by Israel against Palestinians living in the besieged strip.