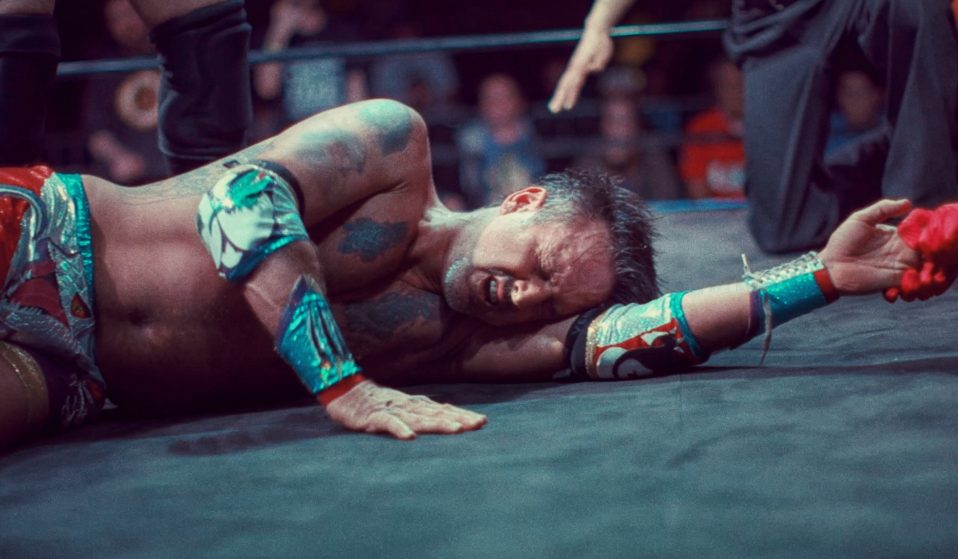 The actor turned professional wrestler speaks to Huck about returning from the brink of death, running into bar brawls, and ketamine therapy.

Following the release of a new film documenting the actor's eventful foray into professional wrestling, Arquette speaks to Huck about returning from the brink of death, running into bar brawls, and ketamine therapy.

“I’m just kind of sick of being a joke,” says David Arquette, sitting on a horse, shirtless, in a sparkly-purple wizard’s gown, while sucking on a vape pen.

On top of the horse, looking forlorn, the actor – best known for his role in the Scream film franchise – is in the middle of transitioning to become a professional wrestler. He’s 50 pounds heavier than he needs to be, 46 years old, and fresh off the back of a heart attack. But Arquette is getting in the ring to prove a point.

The lifelong wrestling fan first entered the ring in 2000 as a publicity stunt to promote the comedy Ready to Rumble. Two weeks later, he was booked to win the World Championship Wrestling and was subsequently crowned heavyweight champion.

It angered wrestling fans, with many claiming it rendered the prestige of the title meaningless. On top of this, his foray into wrestling was deemed comical to the acting world and he found himself trapped in limbo between acting and wrestling, struggling to be accepted in either.

The story of his return to wrestling and attempts to seek redemption from fans of the sport is captured in a new documentary, You Cannot Kill David Arquette. It’s a warts-and-all personal tale of Arquette’s life in the ring and at home as much as it is a thoughtfully crafted, narrated and self-deprecating romp.

Despite some blurring of the lines of what’s entirely real (Arquette is a big fan of Andy Kaufmann and his efforts to hoax the wrestling world), there’s no denying the physical journey that Arquette goes on, one that leaves him bloodied, battered and hospitalised after an incredibly gory deathmatch. He speaks to Huck about his arduous return to the sport.

How did you find watching this film back?

It’s really hard for me to watch. I kind of have to watch it through my fingers. I’m not sure I’ll be watching it anytime soon again but it’s raw, it’s revealing, it’s very personal to me. Having the deathmatch and nearly dying, and having it captured on film, was pretty shocking. I had a lot of PTSD to sort through after I watched it.

Was it your intention to try and be as honest as possible?

The best documentaries are when subjects are very open and honest. In life as an actor, I try to find really honest moments even if it’s painful, revealing and difficult to get there. I’ve never liked facades. I don’t like the bullshit of people that are fake.

So, in a world of wrestling, that’s kind of funny. A lot of people think wrestling isn’t real but you actually have to find what’s real within it. That’s what really resonates with the audience – wrestling fans have a fake radar that is more in tune than anyone else. So when you find and tap into these real emotional moments, these real personal moments, that’s when you find the magic.

That said, you must have been aware cameras were on you and you needed to present a story for the documentary as well?

I knew we were going to start from the bottom and work our way up and go on this adventure, but none of us really knew how it was going to unfold. Then certain things happened, like we got in a barroom brawl on our first day of shooting. So it was like: ‘Oh, this is gonna be an adventure.’

What happened in the bar?

We were really out of line at that time. We were shooting in the bar of the hotel that all the wrestlers were staying at ahead of their match the next day. That’s sort of a sacred space, you shouldn’t be shooting there and they hadn’t cleared it with everyone and I didn’t know.

So, Jerry Sags of the tag team The Nasty Boys got really upset and broke one of our cameras. Then some guy grabbed me by the neck and I looked up at him and he’s a huge guy with this long beard and I grabbed his beard and then his girlfriend punched me. 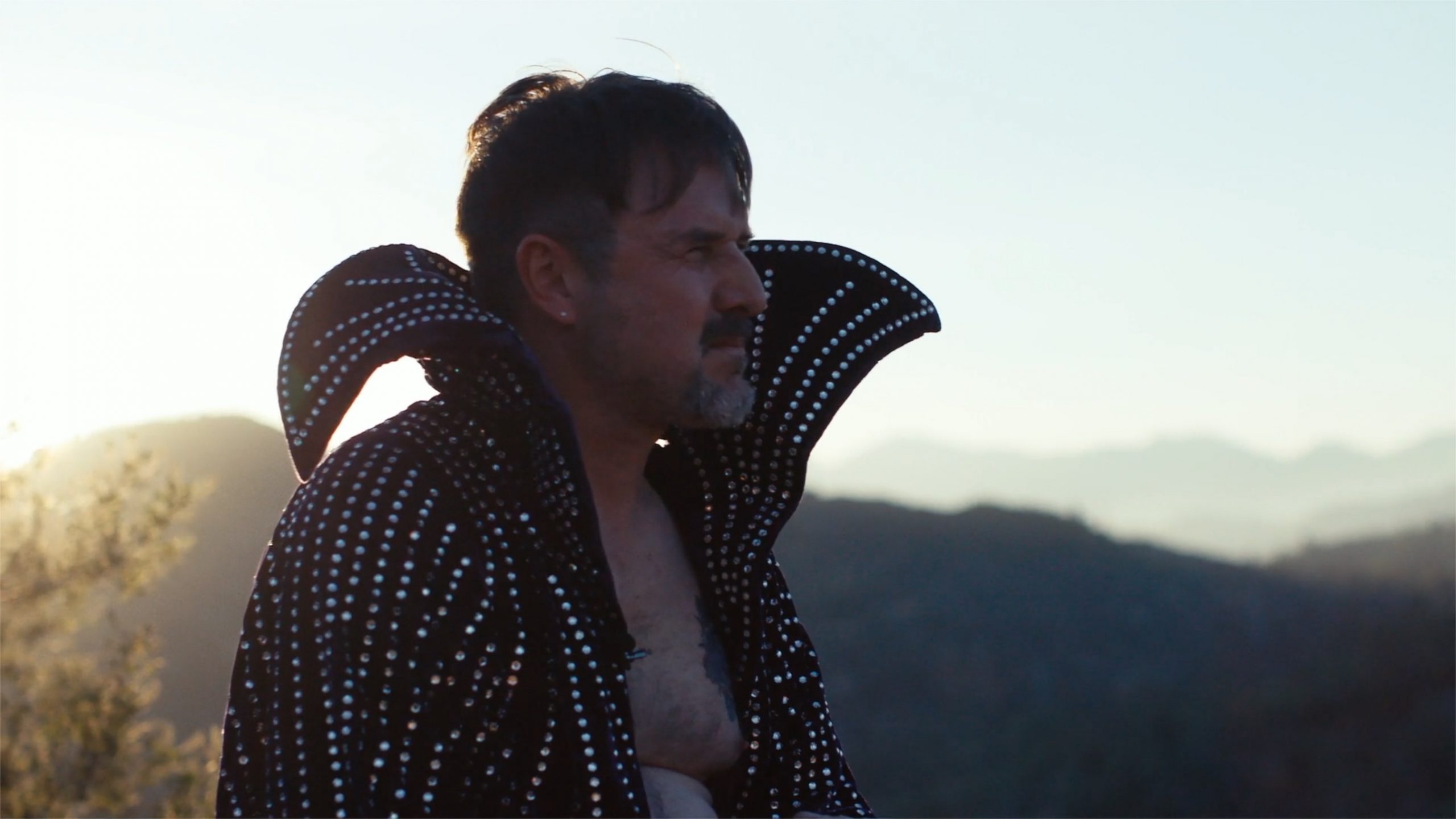 How was the physical process of the whole thing?

My neck will never be the same again and my back is still jacked up but I learned, especially with anxiety and depression which I suffer from, that physical activity is really essential for my body, just to actually reduce some of the stress I have inside.

You’re open with your mental health in the film. Did doing this film help in any way?

It did. I learned a lot through the process. I did this deathmatch and it pushed me to my limit. It was really hard for my family to watch and afterwards my wife’s like: ‘I feel like you just want to die.’

I didn’t want to die, but I did have to learn something about myself and I had to push myself to the edge to believe in myself and understand what self-love is. Aside from nearly killing myself in the deathmatch, I’d been attacking myself with addiction and mental health issues and depression and just beating myself up for so long that I had to work through it.

You have ketamine therapy in the film. How’s that?

There are two forms of it, there’s one where they give you ketamine and it knocks you out, it’s supposed to reset your neural receptors if you have addiction issues. It can be very tricky because you don’t want to get strung out on something. Although, as crazy as I am, I also have this weird ability to go cold turkey with certain things. 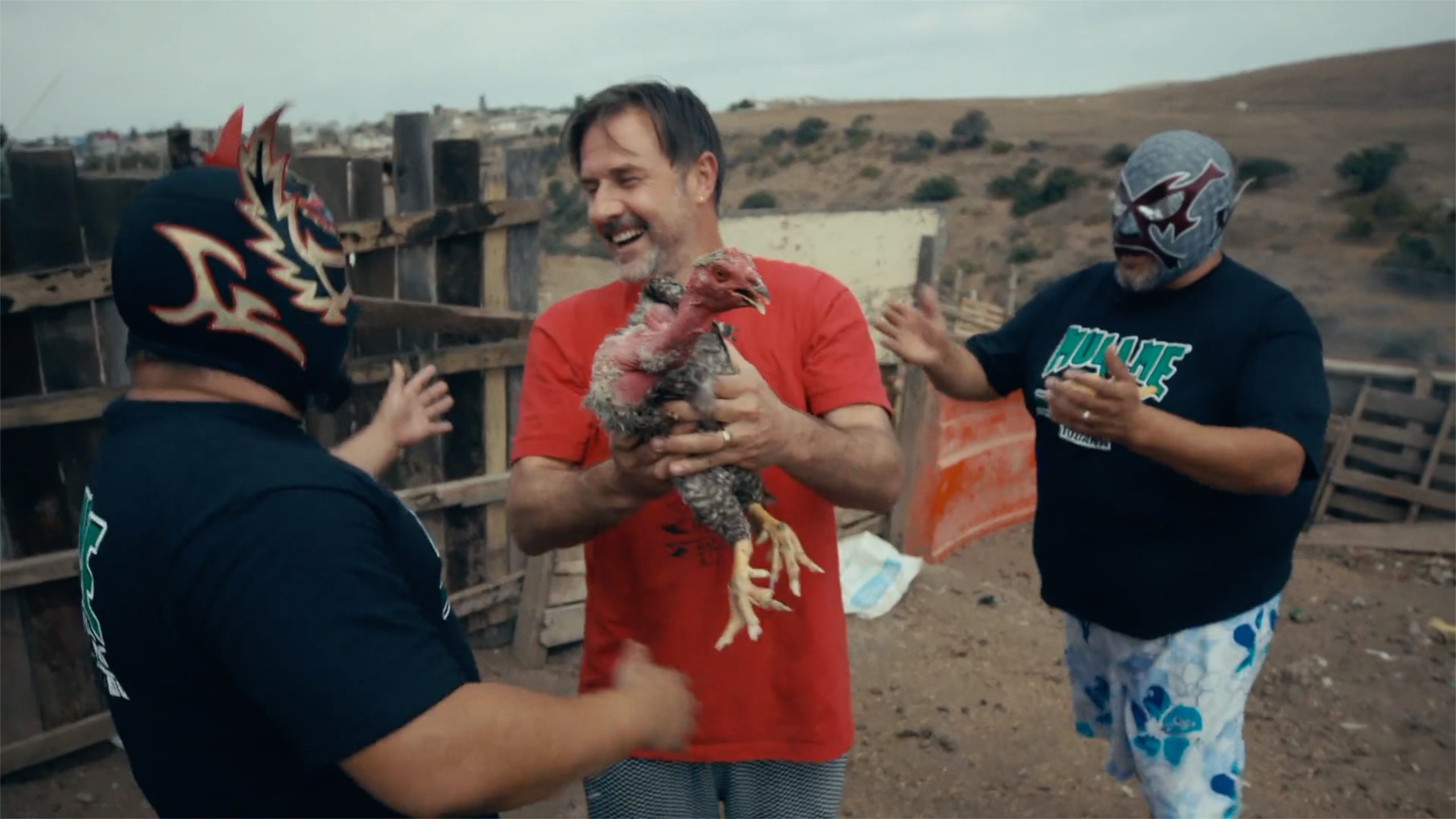 But you have to be really safe about it, do it through doctors, get the right medical help. I had a different session that isn’t on film where I was on ketamine and I was thinking about my parents and the relationship and how heavy it was and how painful it was and then I realised my parents are both dead and all this pain was just living inside me. That actually lifted a lot of the heaviness.

Did you ever want to give up? The deathmatch is pretty gruesome.

I was close to calling it a day after my earlier match with RJ City. I had to wrestle with three fractured ribs and just take bumps on the mat – it’s just so incredibly painful. Hitting the ropes with these fractured ribs is really a pain I’ll never forget. But I’m glad I did it. I wanted to do a love letter to wrestling because I didn’t want to disrespect the sport and I had never properly trained so I wanted to come back and show them that I was tough enough and that I didn’t mean to dishonour the business.

Will you enter the ring again?

I don’t know if I’ll wrestle again… I’m just glad that my love of wrestling lives within this film and that people can watch it, get a kick out of it, and find some laughs. Two years on from my deathmatch, I’m just grateful to be alive. 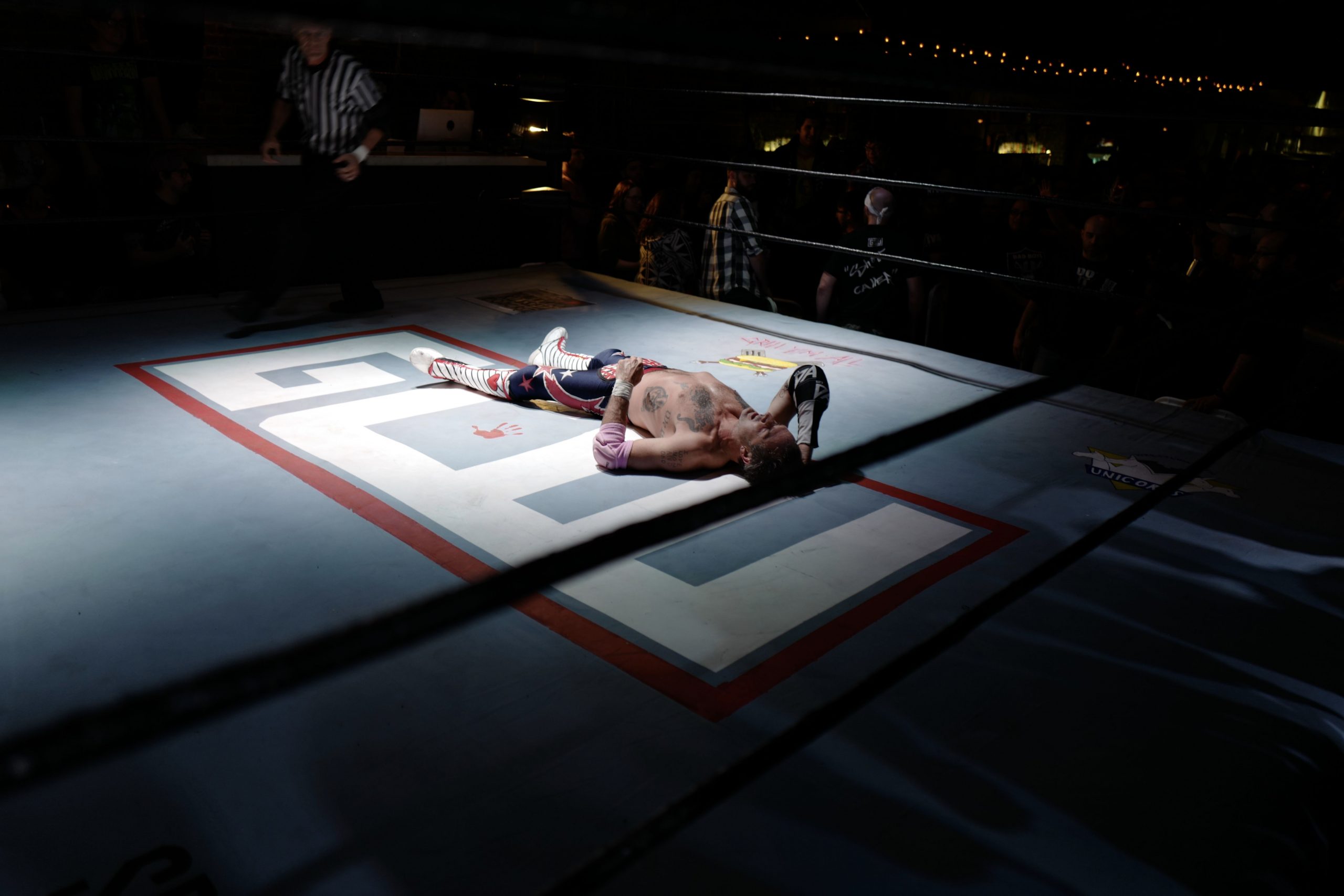 Linkedin
RELATED ARTICLES
OTHER ARTICLES
Following the success of her debut novel, the Tottenham native is restating her commitment to the place that made her.
The government’s failure to take long Covid seriously has led to the formation of a group campaigning for the thousands of forgotten victims of the illness.
The situation in Afghanistan remains dire, with many groups facing persecution at the hands of the Taliban.
Photographer Phyllis Christopher recalls capturing sex and protest at a time when the city had become a haven for the queer community.
Shifting the focus from the cost of living crisis to tackling obesity while many starve or freeze is farcical and pointless, writes Fatzine founder Gina Tonic.
Over the weekend, London locals came together to resist a pre-planned police raid targeting delivery drivers.