Art & Culture / Film / Dispatches from Cannes: What Addiction Does To Families 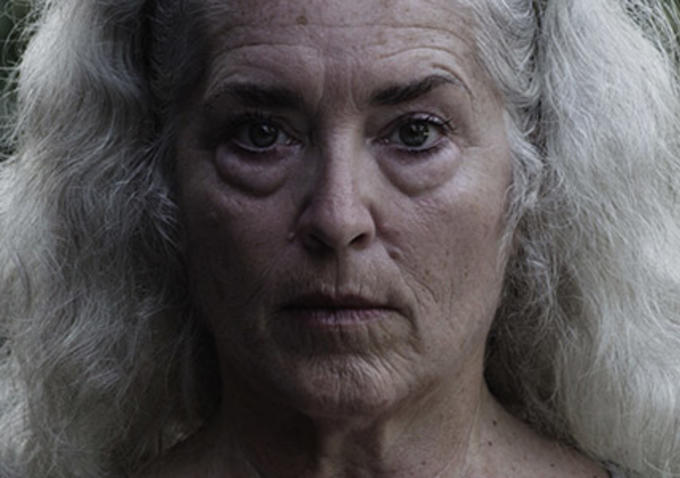 Events hinge on Krisha arriving at her sister’s home for the family thanksgiving dinner. With her untamed grey-white tresses and floaty clothing, sixty-something Krisha could be mistaken for the family free spirit. She curses as she drags her luggage to the right door, unsure of where she is and what she’s doing. But big gatherings can be stressful. There’s nothing abnormal to see here, right?

Shults set a very natural dynamic of loved ones hanging out. There is a certain frisson of anxiety emanating from and surrounding Krisha that slowly blossoms into a pattern that only grows more painful and disappointing for the fact that it becomes clear that it is an oft-repeated one. The brilliance of the film stems from he fact that it loops around, eloquently illustrating both the perspective of a woman whose sobriety is too tender to survive the blows life has stored up, and the perspectives of a family that has too many members to always put one woman first.

Krisha is a story that doesn’t look at the causes of alcoholism or the possible solutions for it. It takes the illness as a fact as solid as a turkey dinner and squares up to how that plays out. Although truthful visualisation is the main goal herein, the even-handedness of the chracterisations is such that we observers can ponder what it is that sufferers of this maddening addiction need.

Linkedin
OTHER ARTICLES
A group of young Palestinians have found temporary freedom in the act of parkour, reimagining wreckage and ruins as a series of high-octane playgrounds.
Ahead of the release of their first collaborative album, the producer and rapper talk psychedelics and the state of UK hip hop.
Demonstrators gathered outside of Parliament to voice their concerns about the monarchy and the crackdown on dissent.
Photographer David Corio’s archive offers a glimpse inside a revolutionary era of music and nightlife.
By turning a real-life crisis into daytime television fodder, TV bosses have once again shown themselves to be completely out of touch with audiences.
For over a decade, gamblers have won big by employing people to place live bets from the court. But does this dubious method still work?