Art & Culture / Film / Dispatches from Cannes: Auschwitz Drama is the Only Feature To Be Shown on 35mm 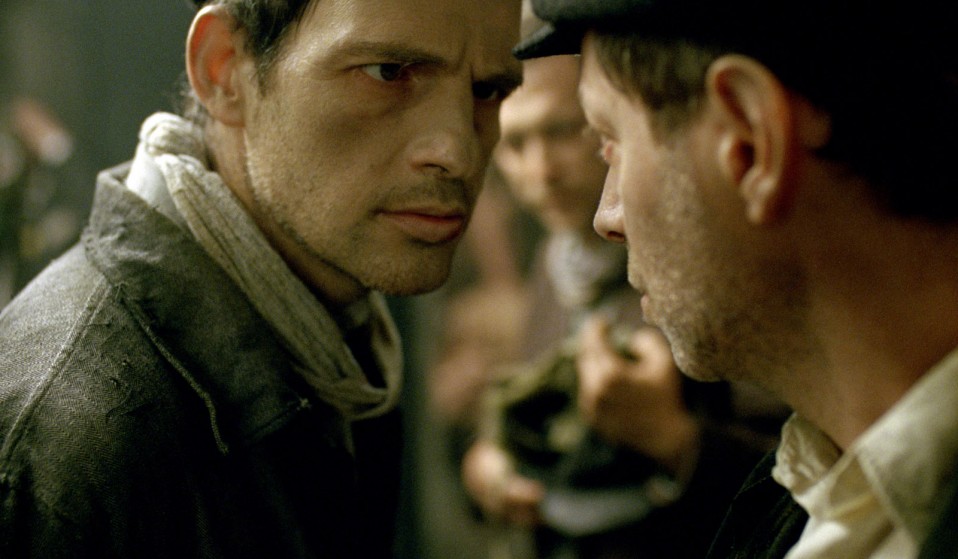 Laszlo Nemes' unrelenting Holocaust drama is made bearable by the superlative filming techniques on display.

There’s a lot to recommend Hungarian director Laszlo Nemes‘ astonishing debut feature, Son of Saul. He handles the grotesquerie of the Auschwitz setting by shooting in shallow focus. Actor/poet Géza Röhrig’s dirty, exhausted, tormented face is often the only clear image in the frame. Röhrig plays Saul, a Jewish ‘Sonderkommando’ deemed strong enough to work for a few months ahead of execution.

His job is to clear the gas chambers of ‘pieces’. What we see blurred in the background and momentarily dragged through the foreground is the saddest sight in the world. Nemes’ decision to spare us additional detail is elegant and makes sense narratively as the personal quest prompted by a surprise camp arrival requires Saul to block out his surroundings.

Son of Saul is relentless in the nightmare it depicts and yet the technique is stuff of marvel. It is the only feature film in the whole festival to be both shot and projected on 35 mm (the short, Actua I, by Philippe Garrell has had the same treatment). In this sense it is a dark advert for the power of actual film. The camera catches the dirt and grime and shadowy cramped quarters. Saul’s life is one of labour and motion and quite apart from the horror piled up around him, the shaky, ever-moving camera catches the non-stop exhaustion of being enslaved.

Son of Saul is a competition film making it eligible for the Palme d’Or. Read a full review at Little White Lies.

Reddit
OTHER ARTICLES
The US author reflects on the success of her genre-bending queer gothic memoir, In The Dreamhouse.
The head of XL Recordings has jammed several lifetimes into his 49 years. Here, he shares some of the advice he’s picked up along the way.
In a new series, produced in partnership with Squarespace, we spotlight real-life artists and makers as they adapt to life under lockdown.
In the early 20th century, LGBT artists would defy the law by secretly sharing their work with friends and family members.
With Native American history almost entirely excluded from the US curriculum, a group of illustrators are rewriting the narrative.
In the first instalment of a new series supporting locked-down artists, Miranda Smart shares how her work evokes the world outside her window.