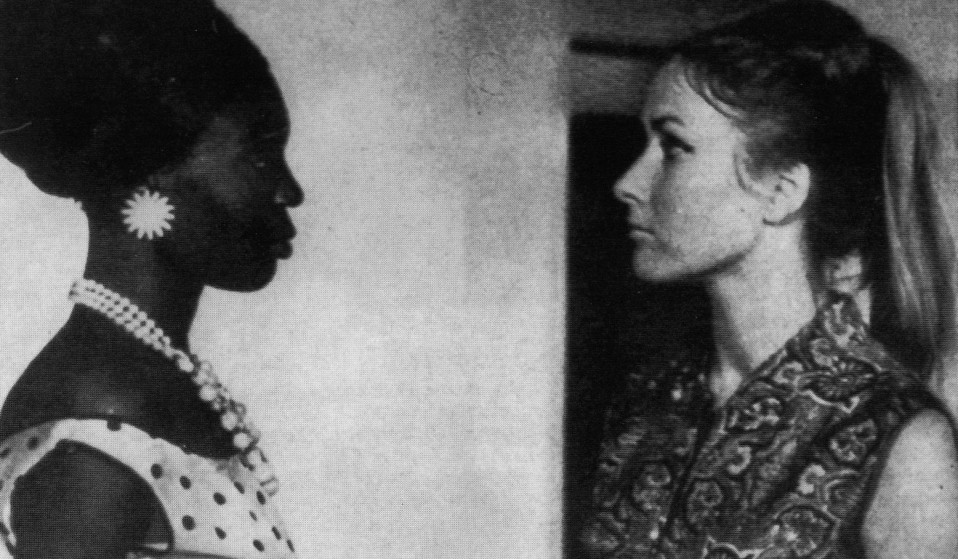 “If Africans do not tell their own stories then Africa will cease to exist,” is one of the many brilliant aphorisms spoken by Ousmane Sembene and included in the documentary, Sembene! The filmmaker, writer and freedom-fighter was born in a small village Senegal in 1923 when his county was still under French rule. The inspiring story of how the humbly-born, illiterate village boy taught himself to write and make films and fight for accurate representation of African characters benefits from being co-directed by a close friend and accomplice, Samba Gadjigo.

An early scene in Sembene! documents Gadjigo retirning ‘Gallo Ceddo’ (Rebel House), where Sembene used to reside and welcome fellow creatives until his death in 2007. Chaos has taken over and the biggest casualties are film reel cans. Sembene’s life’s labours are in danger from forces as mundane as natural decay. Gadjigo enlists help to organise the canisters, the first step in the process of restoration. This endeavour is a mere fraction of the documentary – which focuses on charting the growth of the man and the context of his politically daring filmmaking – but that fraction carries the most exciting news: an important director’s legacy has been saved.

A fitting way of celebrating this result was to screen a 4K restoration of Black Girl, Sembene’s first feature, made in 1966. The black and white drama about a girl tricked into leaving Dakar only to be enslaved in France, is rich with the voice of its female lead, Diouana (Mbissine Thérèse Diop). Nearly 50 years on, she is still a fresh and proud screen presence, even as her circumstances damn the society that enables her fate.

Hopefully this screening is just one of many to make use of the work done on restoring Ousmane Sembene’s vital back-catalogue.

Linkedin
OTHER ARTICLES
Photographer Ira Lapu documents the lives of ordinary Ukrainians living amid a brutal conflict.
The campaigning charity are on a mission to increase inclusion, participation and representation of Black people in trail running.
Planet Ardbeg is a 40-page sci-fi anthology created by three cutting-edge artists.
The photographer reflects on a decade which saw the rise of MTV and the flourishing of new genres.
SOAS Detainee Support detail the appalling conditions they witnessed at the dangerously overcrowded immigration centre in Kent.
The Egyptian government are continuing the repressive mistreatment of environmental campaigners.