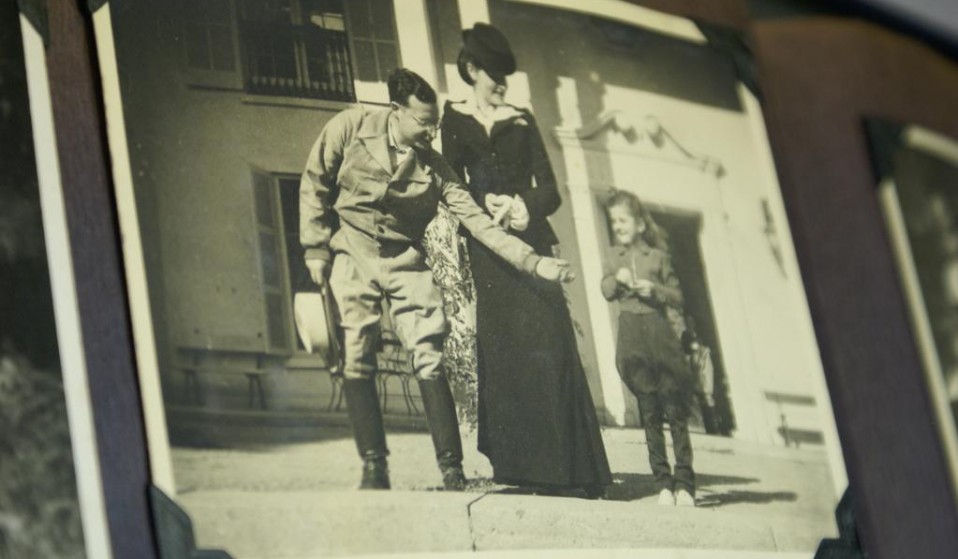 The granddaughter of former Chilean president, Salvador Allende, compels her close relatives to open up about what happened after his suicide in 1973.

Hortensia Allende lost a husband and a daughter to suicide. Salvador Allende, the democratically elected president of Chile from 1970-73, shot himself just before his palace was captured by the military in the coup that would blight the human rights of the county until 1990. Beatriz Allende killed herself in Cuba. She was in exile, just like the rest of her family. These dramatic and tragic events form the centre of Marcia Tambutti Allende’s debut, Beyond My Grandfather Allende. Marcia’s conversational process of drawing out memories from her stoical family poses the question: is it kinder to let people stay silent on their traumas or is it better in the long run for them to tell their stories?

Hortensia – affectionately referred to as ‘Tencha’ – has a face that is as beautiful as it is sorrowful. “When will this very long interview end?” she asks as the film opens. She is 92 and lives a quiet life in the present. As Marcia determinedly pushes to hear recollections other family members become defensive on her behalf .

“If she’s sealed off, it’s because she’s protecting herself. She’s had a hard life and she’s always needed to protect herself,” says Isabel – Chilean politician, mother to Marcia and daughter of Tencha. It turns out that there was hurt before there was a bloodshed as Salvador was a serial philanderer. All of this is buried. Maybe it should stay buried, is a thought that dawns as the camera captures a beautiful, sad old lady’s resistance to opening old wounds. And yet the very act of filming and recognising a woman that has lived in the shadow of a man, even after his death, is incredibly powerful. And the documentary canon of Chilean history is now richer for her inclusion.

Linkedin
OTHER ARTICLES
The campaigning charity are on a mission to increase inclusion, participation and representation of Black people in trail running.
The Egyptian government are continuing the repressive mistreatment of environmental campaigners.
A new photo series documents tribes preserving the environment through simple, sustainable practices in central Asia.
A new exhibition brings together 150 works by twelve photographers, offering mesmerising and intimate depictions of life.
Following the release of their third album, the duo talk collaboration, family and connecting with the dead.
A centuries-old tradition is offering families a way to honour the deceased, reports Arbab Ali.