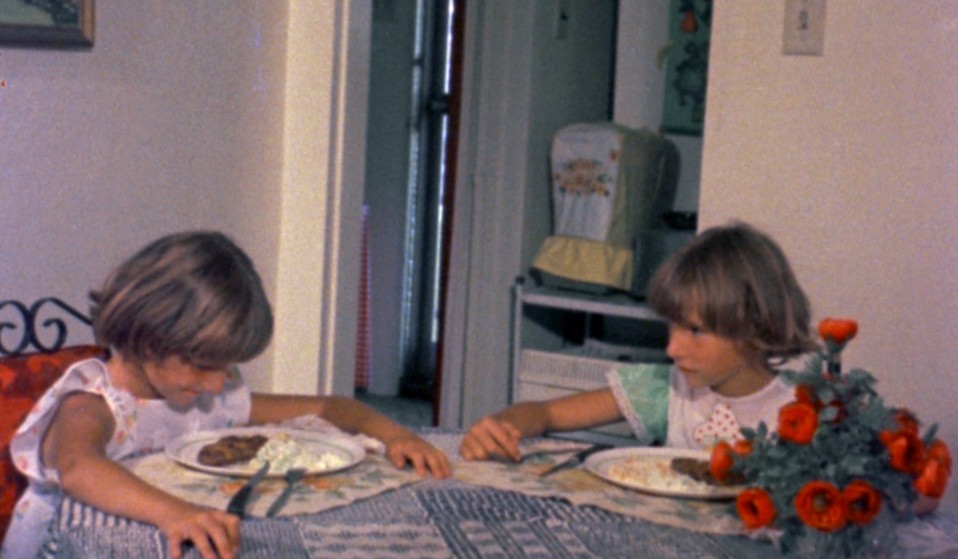 A new exhibit at London's Raven Row Gallery explores the shifting nature of community in the late 20th Century.

A new exhibit at London's Raven Row Gallery explores the shifting nature of community in the late 20th Century. Among the experimental film and video on show are three films by the surreal, genre-bending documentarian Jean-Pierre Gorin, whose exploration into makeshift communities in 1980's America formed his influential 'California trilogy.'

A contemporary and frequent collaborator of Jean-Luc Godard, Jean-Pierre Gorin is a decidedly New Wave documentarian – interested in morphing the traditional documentary form, and blurring between straight non-fiction storytelling and surreal, performative fiction. Now three of his works are being screened at London’s Raven Row Gallery, all meditations on forms of DIY community in 1980’s California.

They are just three of the many films and installations currently being shown as part of Raven Row’s The Inoperative Community, an exhibit inspired by the shifting nature of community and its many interpretations. Comprised entirely of experimental film and video, the exhibit takes its name from a 1983 essay by Jean-Luc Nancy, in which he explored “the dissolution, the dislocation, or the conflagration of community.”

Gorin’s films are linked by individuals who have formed their own pockets of community outside of the mainstream world. Poto and Cabengo from 1980 follows Grace and Virginia Kennedy, young twins who spoke exclusively in their own made-up language, a medical mystery that turned them into short-lived media sensations in the late 1970’s.

The film also works as a form of symbiosis with Gorin’s own life – moving from France to California in the mid-1970’s in search of creative and artistic inspiration. In Poto and Cabengo, he approaches the story with experimental scepticism: repeatedly flashing the words, “What are they saying?”, across the screen. But the film gradually shifts focus – Gorin becomes an active participant in the narrative, forming a unique kinship with the girls, and hinting at a subtle anti-immigrant sentiment in the media’s reporting of the story.

The product of a multi-cultural German-American upbringing, the girls’ language is a muddled mix of Pidgin English and German-inflected jibber-jabber, leading psychologists to blame their “defective” home life for their speech. 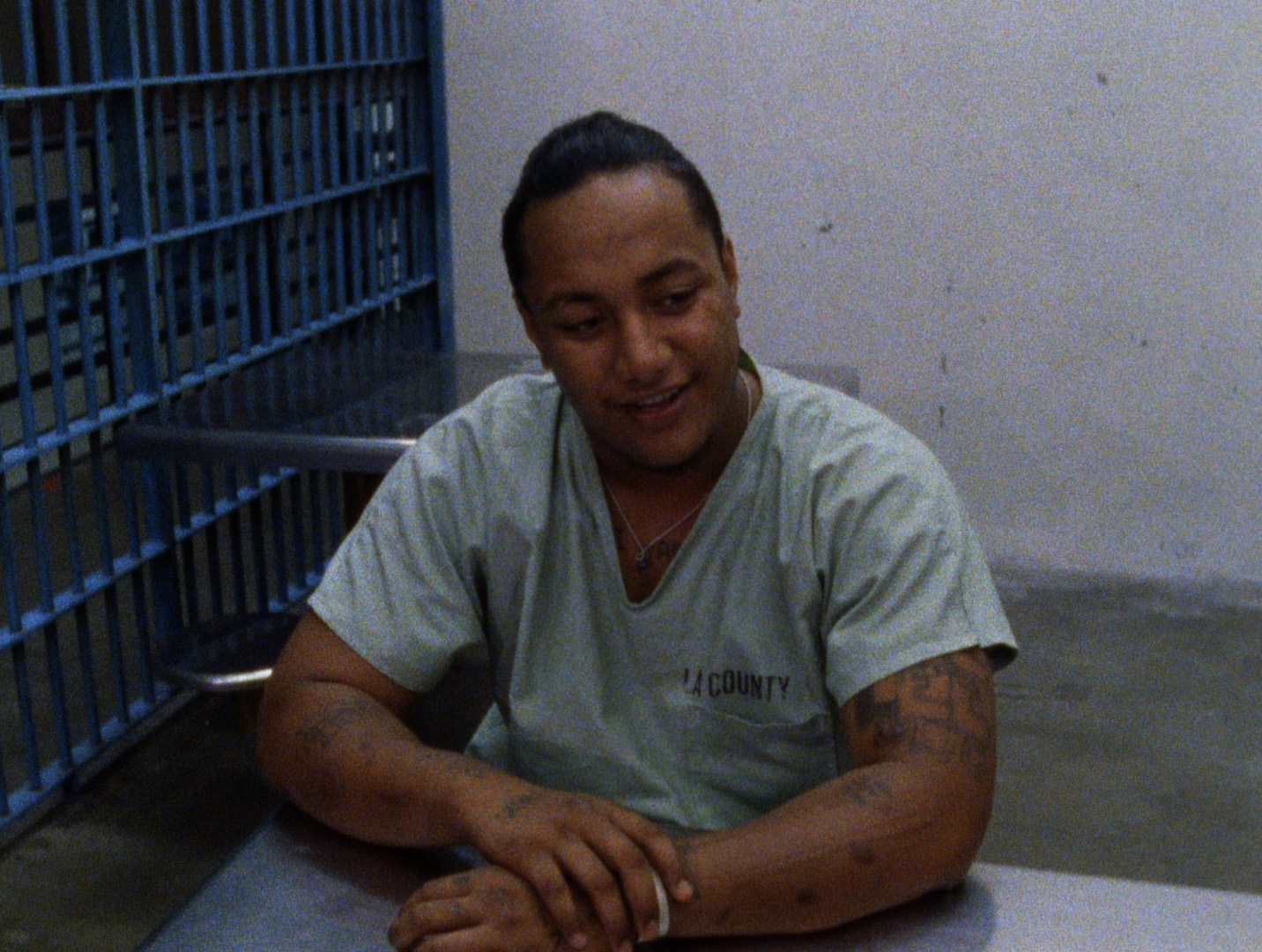 My Crasy Life from 1992 features no Gorin, with the role of essayist and narrator usurped by a sinister talking computer inside of a policeman’s patrol car (voiced by Kevin Spacey sound-alike Richard Masur). It’s a uniquely Gorin touch, baffling and almost unnecessary, but oddly fitting when placed alongside the rest of the film. Like Poto and Cabengo, My Crasy Life is concerned with the protective bonds of a DIY community – only this time defined by Samoan street gangs in late ’80s Los Angeles.

Young kids from broken homes who spend days freestyling, smoking weed, gambling and engaging in low-level criminality – it’s a familiar story. But the kids’ Samoan heritage weighs heavily on their young consciences: the yearning to greater understand their own cultural history, contrasted by their complete appropriation of the culture, fashions, and vernacular of West Coast hip hop. 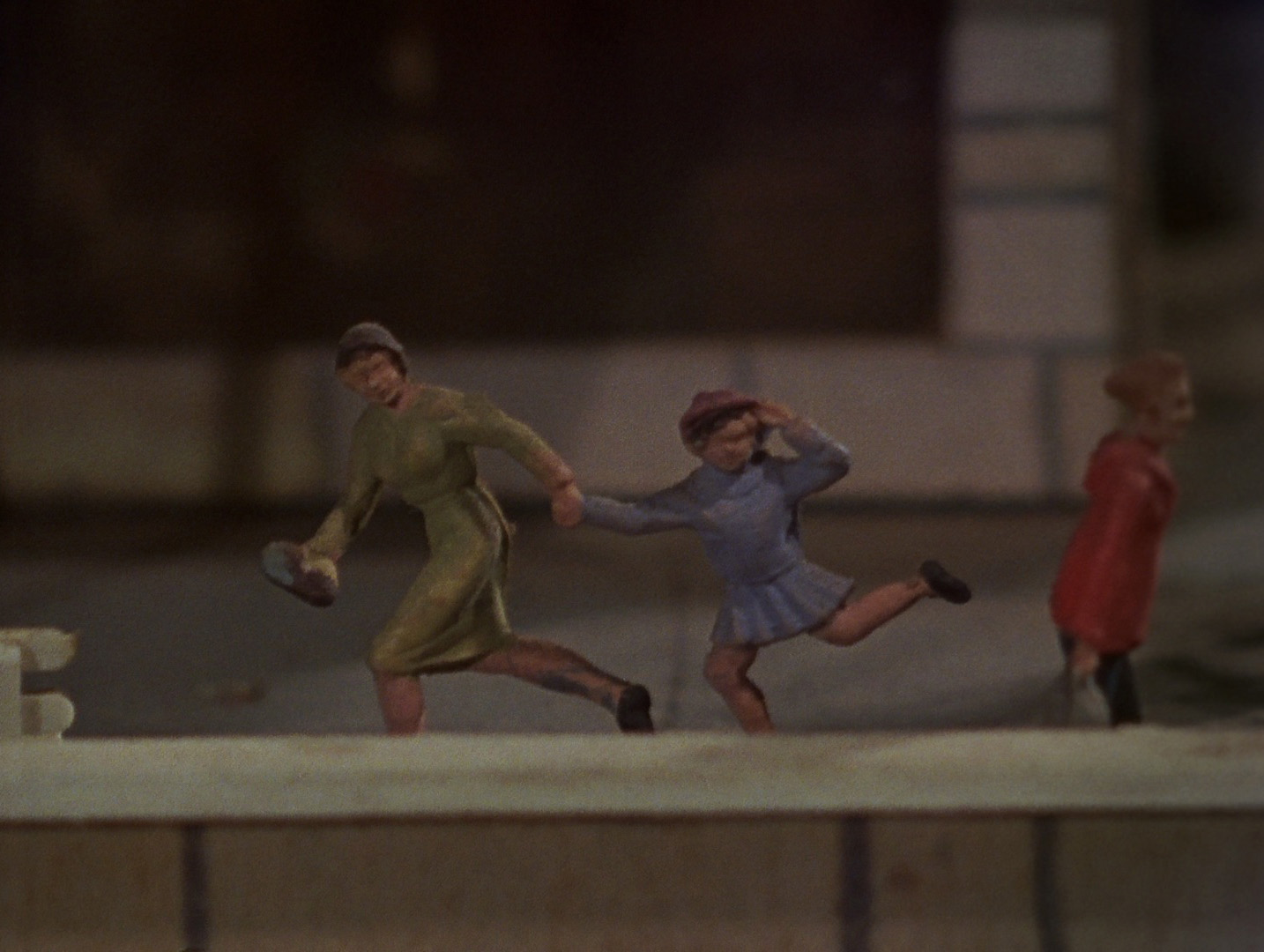 Routine Pleasures from 1986 is the least easy to classify – Gorin follows a small club of model railroad enthusiasts who meet twice a week in a Southern California warehouse, where they drink, swap stories, and maintain the miniature track. Gorin uses the club as a jumping-off point for exploration of his own long friendship with artist and film critic Manny Farber, classifying the club and its various model railroad figurines as a small microcosm of America itself.

The seemingly disparate stories are linked by Farber’s one-time coinage of ‘white elephant art’ and ‘termite art’, the two extremes of all artistic merit – the former beating you over the head with its importance, the latter far subtler but arguably far deeper.

None of Gorin’s films build to any sense of conclusion or final statement. Instead he seems to pride himself on loose ends and narrative detours – My Crasy Life, for example, takes a sharp left-turn with a gangbanger’s spiritual awakening while visiting his ancestral home of Hawaii. But Gorin’s mind-bending reinterpretation of the documentary format, full of emotionless voiceover, playful animation and constant metatextuality, is quietly radical: applying French New Wave aesthetics to staid documentary conventions. 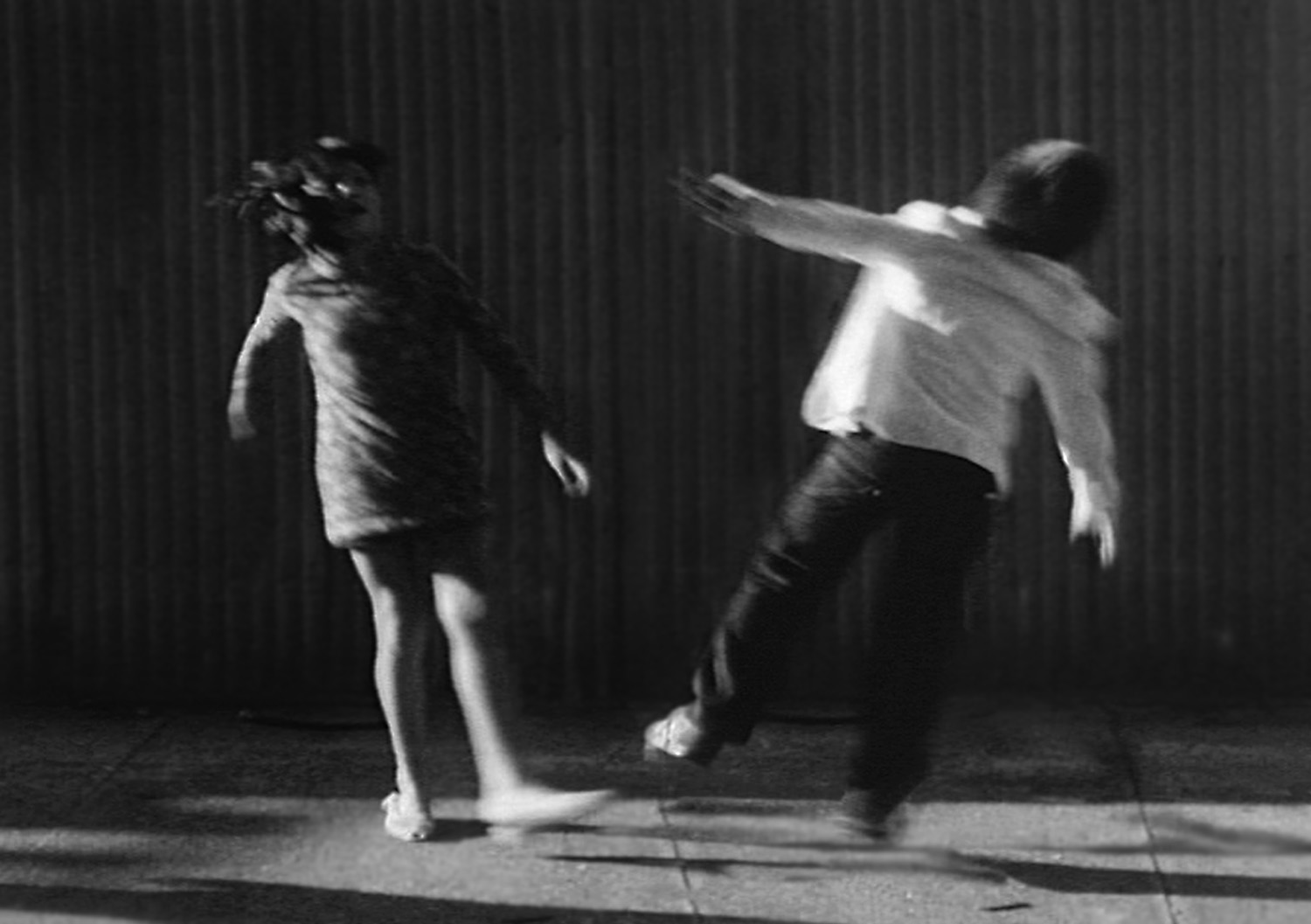 The Inoperative Community itself is a strange, minimalist experience. The shortest film on display clocks in at 25 minutes, the longest (Lav Diaz’s Melancholia) a staggering 480, meaning it is encouraged to dip in and out of the various showrooms. Among them is Leslie Thornton’s unsettling Peggy and Fred in Hell, about two young children roaming a post-apocalyptic landscape, soundtracked by so many distant shrieks and choppy nature sounds that the film itself feels sputtering and alive.

Similarly draining is Ericka Beckman’s You the Better, a surreal exercise in repetitive motion that as much resembles a 1980’s Sega game as it does a motivational exercise video. (“Take a shot at the wheel / It’s no big deal!” a chorus of voices repeatedly chant.)

The exhibit’s pulsating oddness is similarly enhanced by its Raven Row locale: an eighteenth century townhouse that seems to have been taken over by spooky installations and art freaks. But you still feel like you’re walking around a stranger’s creaky home, even if it’s devoid of anything remotely homely, other than the occasional gallery assistant sat passively in front of old, flickering film. 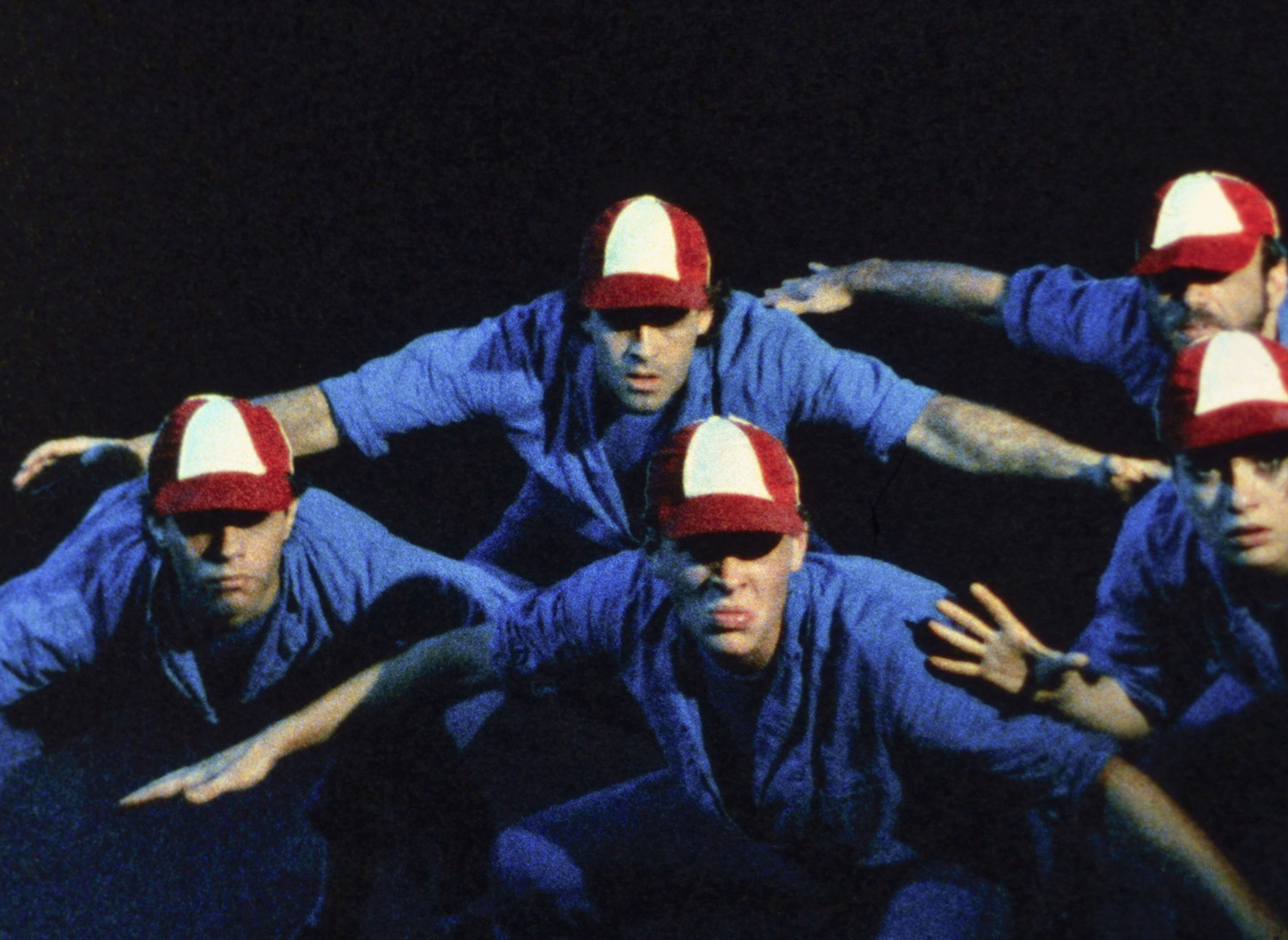 The Inoperative Community runs until February 14, with the Gorin films screening back-to-back on Saturdays. More information can be found at the Raven Row website.

Linkedin
RELATED ARTICLES
OTHER ARTICLES
The government’s brutal crackdown on NGOs has left victims of rape without anywhere to seek help. And now, as the country plays a key role is Russia’s war, things are only getting worse.
Photographer Bud Glick recounts documenting everyday life in the area, and what it taught him about the Chinese immigrant experience.
After rewriting the indie rulebook with her devastating songs about romantic longing, the singer-songwriter is now imagining a future in which the artist is no longer a product.
With the virus now a global health emergency, we must take steps to fight misinformation and demand a swift UK-wide vaccine roll out, writes Phil Samba.
Following the release of his latest album, the rapper talks about finding a new approach to songwriting, attitudes to poverty, and why his music is more than a political statement.
From the chip shops, to the bingo parlors and burlesque dancers, photographer Mike Coles remembers capturing scenes of holidaymakers by the English coast.