Art & Culture / Film / Inside the disturbing world of Italy’s exorcists 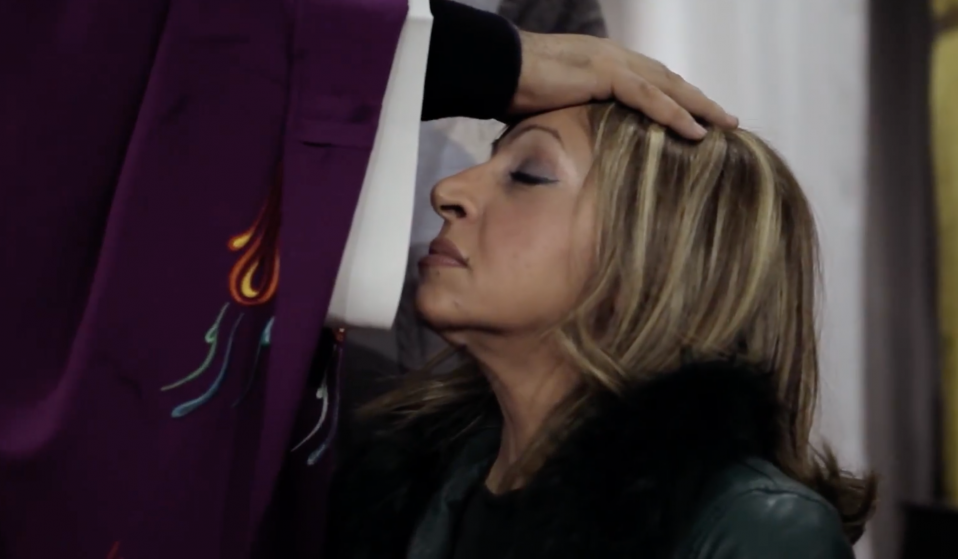 A new documentary from Federica Di Giacomo explores the mysterious rise of exorcism in the modern world; following the stories of the sufferers and priests.

A new documentary from Federica Di Giacomo explores the mysterious rise of exorcism in the modern world; following the stories of the sufferers and priests.

Deliver Us is a disturbing new documentary on the reformed practice of exorcisms, following Sicily’s most in-demand exorcist – Father Cataldo Migliazzo, an 80-year-old priest based in Palermo.

The film revolves around a cast of several characters; from a woman housebound out of fear her demon will make her do depraved acts in public, to a crust punk addicted to drugs and disturbed by visions. Filmmaker Federica Di Giacomo explores their stories, as well as the psychology underlying the continued practice of exorcism in the contemporary world.

The practice is steadily gaining popularity within organised religion across the globe, in lieu of adequate healthcare for the mentally ill. While staying neutral in its narrative, Deliver Us asks the audience to examine the rise of this practice, and question how the church uses its influence. Is it just offering an artificial crutch for deep-faceted psychological problems? Is there a connection between the rise of exorcisms and the critical cuts to public services and mental health care? We caught up with Di Giacomo to hear her thoughts.

What drove you to pursue this idea for a documentary?
I was interested in these reports of possession, and the way they are growing as a result of an economic downturn. I was also really interested in the training of exorcising demons, and started going through the newspapers for courses on exorcisms. Because normally, it’s not something you read about in daily life.

How did you find the whole process of documenting these ‘exorcisms’? Was it traumatic?
No. It became a practice of liberation. It’s the kind of thing these priests do every day. It’s like a war of energy between the church and the underworld – one against another… Although there were a few possessions that were very violent in nature.

The increase in these ‘group demonic exorcisms’ is seen as a result of growing interest in Satanism and the occult. However, many of these possessions seem to signify an underlying psychological disorder in the victim. What is your view?
There are a lot of people that are suffering from something that could be understood psychologically – but perhaps there is something about our church which makes you get better because there is something spiritual about it. There is something charming about the lack of judgement, and listening not for money. The church is what the community needs, and offers a ritual for getting better. But of course, as it says in the documentary, it’s a mistake to go to an exorcist instead of a doctor. 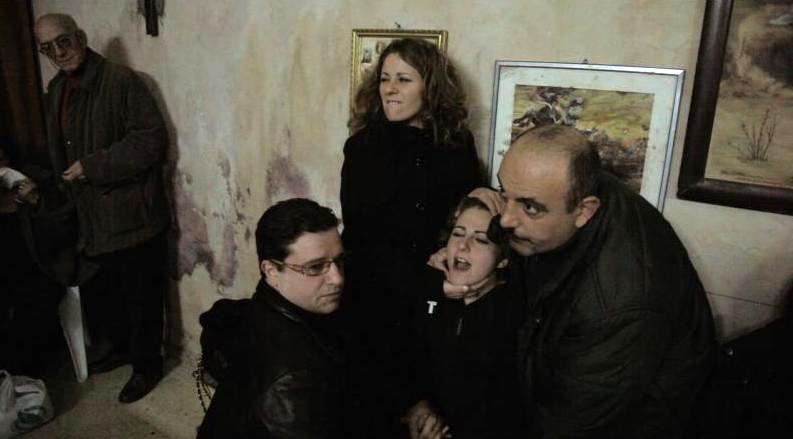 Were there exorcisms you thought might be genuine? There appeared to be many moments of hysteria and even some doubting from certain priests of their validity.
The exorcisms are definitely very real. It’s a kind of energy – you can see it in their eyes. Sometimes it was really difficult not to share their suffering. Especially when you see the things that were happening to their bodies, the contorting from within their muscles.

Do you think this practice is providing a real service to Italy’s citizens, in place of doctors?
The priests are the first to tell them to see doctors, but they can’t turn them away. They can’t say no to listening. Some of these people still can’t be reasoned with, so they have to listen as part of the traditional practice. But like doctors, I saw some priests that were really very bad, and some that were very good. For that reason, there is a danger that we can miss the real underlying cause – therefore it can be a negative thing.

Do you think your documentary suggests it has gone too far in Italy?
Yes. It’s happening more, and not only Italy – but all over the world.

DELIVER US (Liberami) is in UK cinemas on October 27th, and on DVD October 30th.

Linkedin
RELATED ARTICLES
OTHER ARTICLES
New legislation is set to make it more difficult to hold Israel accountable for its human rights abuses.
From the Yakuza to a biker gang, Bruce Gilden recounts capturing Tokyo and Osaka in the ‘90s.
In the latest OFFF Dispatch, the enigmatic designer dives into his process, connecting the dots between his unique and varied creative output.
Over the weekend, London locals came together to resist a pre-planned police raid targeting delivery drivers.
The situation in Afghanistan remains dire, with many groups facing persecution at the hands of the Taliban.
Our new magazine is here, starring the inimitable Mitski. Order your copy now and join us on a trip around the world.