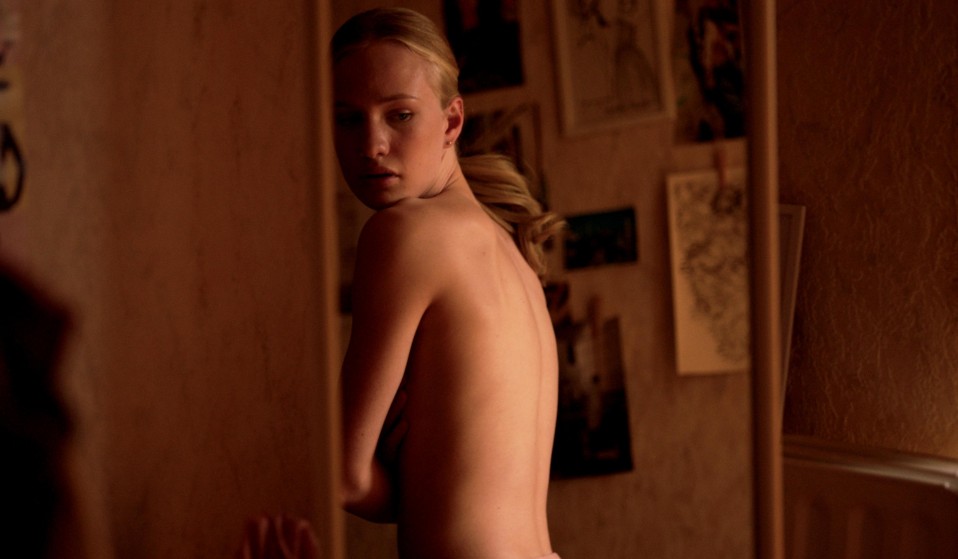 We speak to director Lukas Dhont about Girl: his new, moving, and richly observed drama about a trans teenage girl who attempts to become a ballerina. ‘The strength of cinema and art more generally is that it makes people understand things they didn't understand,’ he tells Sophie Monks Kaufman.

We speak to director Lukas Dhont about Girl: his new, moving, and richly observed drama about a trans teenage girl who attempts to become a ballerina. ‘The strength of cinema and art more generally is that it makes people understand things they didn't understand,’ he tells Sophie Monks Kaufman.

The 26-year-old Belgian director Lukas Dhont has been living with Girl since 2009 when he first read the story of Nora: a girl born in the body of a boy, but still pursuing the ambition of being a ballerina.

Moved on a personal level, he entered into communication with Nora, and has been working up his observationally-rich debut feature for the last four years. After so much heartfelt toil, he compares its world premiere in the Un Certain Regard section of the Cannes Film Festival to a scene in The Lion King, where baby Simba is held up to the other animals for their judgement.

Fortunately, the other animals have judged favourably: Girl is the breakout sensation of the festival winning three prizes: Un Certain Regard, Queer Palm and Best Performance. Even during our interview, someone approaches Dhont with a copy of the French newspaper Le Figaro, where there is a photo of him on the cover under a headline praising him for being “on point.”

As the film prepares to reign over the international festival circuit, we speak to Dhont about turning Nora into a fictional ballerina Lara; his passion to progress social understanding over definitions of ‘boy’ and ‘girl’; the rationale behind casting cis boy Victor Polster as a trans girl and the universal difficulty of loving your body.

How is the real Nora these days?
She’s an extremely beautiful woman and has such elegance and maturity. She’s one of the most beautiful dancers that I’ve ever seen dancing. She’s training at a dance school in England. I think she’s just one of the most courageous people that I’ve met in my life.

What do you mean by that?
At a very young age, she chose herself over the reactions of our society. She decided ‘I’m a girl even though maybe society doesn’t agree that I am, or that my body is, I will still decide for myself who I am and what I want to do and I’m ambitious and fuck y’all.’ That’s a great example for a lot of people. Some people never arrive there, some people never arrive at allowing themselves to be their truest versions.

At what point does Nora’s story end and your fictional urges begin?
It’s definitely not an autobiography of her life, but she has informed the film greatly. What is interesting for me is that Lara is trying to obtain this classical idea of femininity, the ballerina; the most elegant symbol and we see that she is maybe not getting there. Does she have to get there? Does she have to be this extreme form of femininity to be a woman? That’s maybe something she realises.

You have spoken at length with Nora – do you understand how where the courage to face others judgement comes from?
I think it’s her ambition. I think it’s her drive to do something great. She has such a great will and such a radicality in her actions and in her reactions. She is a frontrunner of sorts – she’s someone who wants to make a change.

What sort of change?
A change in the way we look at femininity and masculinity. In our society, from the moment that we’re born, we are put in a category: boy or girl. For a lot of people that works great. For a group of us, that doesn’t work great, because it’s confusing, because in our society ‘boy’ and ‘girl’ means a sort of behaviour. Nora is ready to change the way we see the combination of body and gender, and to question if gender is not something more performative and fluid than is thought. 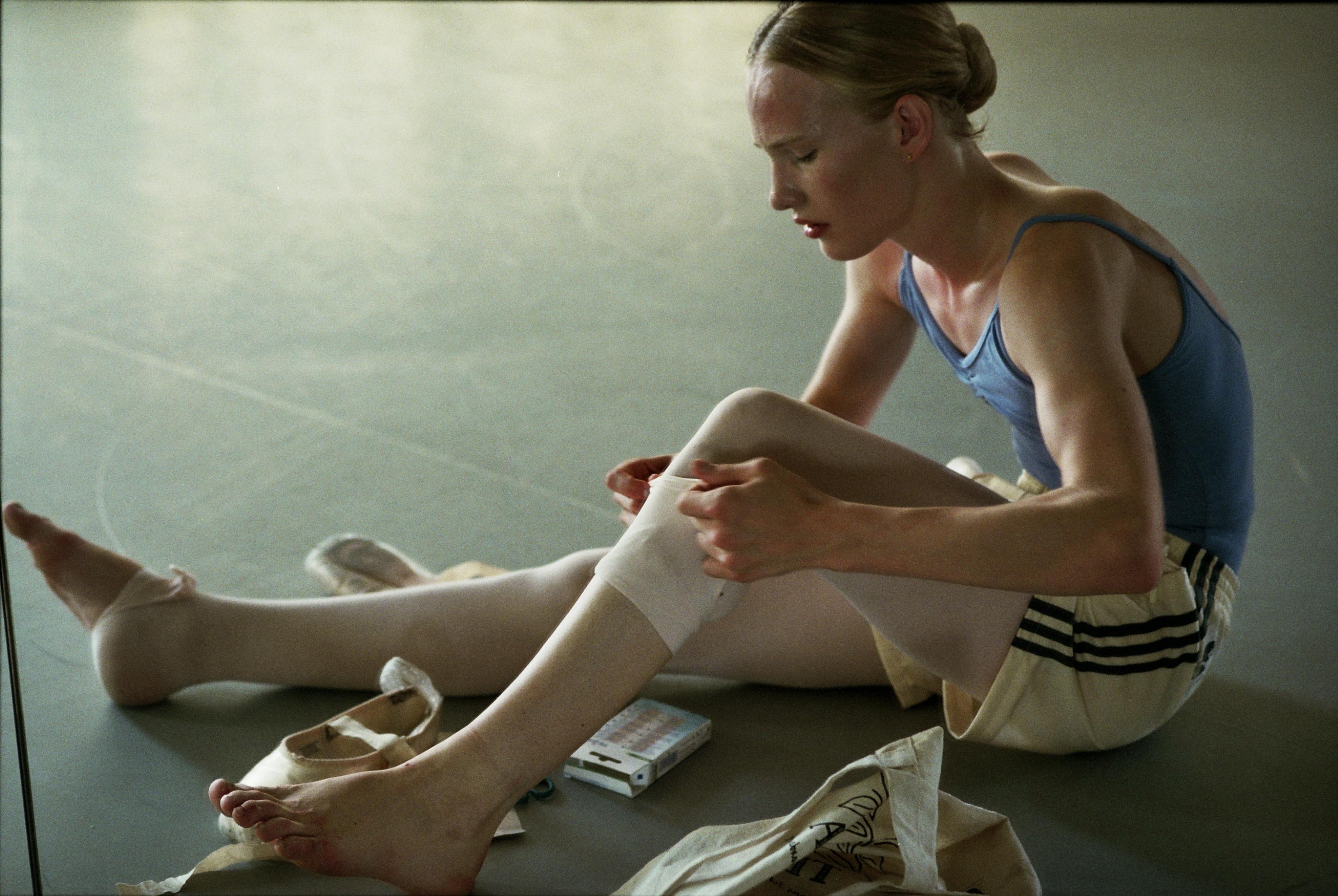 Do you share her ambitions?
I think they’re a great way of progressing, I hope that we will get there. It’s difficult because it’s also handy to hang on to categories. I don’t wanna say that I want to quit the idea of boy/girl – no, because she is a girl! But she can be a girl in a boy’s body, or in a body that is seen by the society as ‘male’. If we can accept more of that then maybe there would be fewer people who have an aversion towards their own body and who accept their bodies just for the beauty of it.

How do we get to this place of having a broader definition of what it means to be a girl or a boy?
By making people understand, by making people see, by making people feel. The strength of cinema and art more generally is that it makes people understand things they didn’t understand. If only a small group of people come to see Girl and understand, ‘Okay, wow, she is a girl, she’s a beautiful girl, even though she was born in a masculine body,’ then I can add a little bit to the conversation. It takes a lot of people adding to the conversation to really make a change.

Why did you choose to cast Victor Polster, a cis man, as a trans girl?
Film is empathy. If this would have been about a heterosexual man, and a homosexual actor played him, we would say, ‘It’s possible for this homosexual man to play this heterosexual.’ So why would it not be possible for a boy to play a transgender girl? Acting is being able to portray someone with empathy. A homosexual can play a heterosexual – believe me, I’ve played one for a long time – so why would a boy not be able to play a transgender girl?

Of course, I understand the discussion that in an industry like Hollywood or Europe, where you have a lot of transgender actors and actresses working to audition for parts, why wouldn’t they be cast for roles that are close to them? Some of them must be good. We’re sure of that, so why are they not cast? But they are becoming cast more. The second season of Transparent is full of transgender actors. 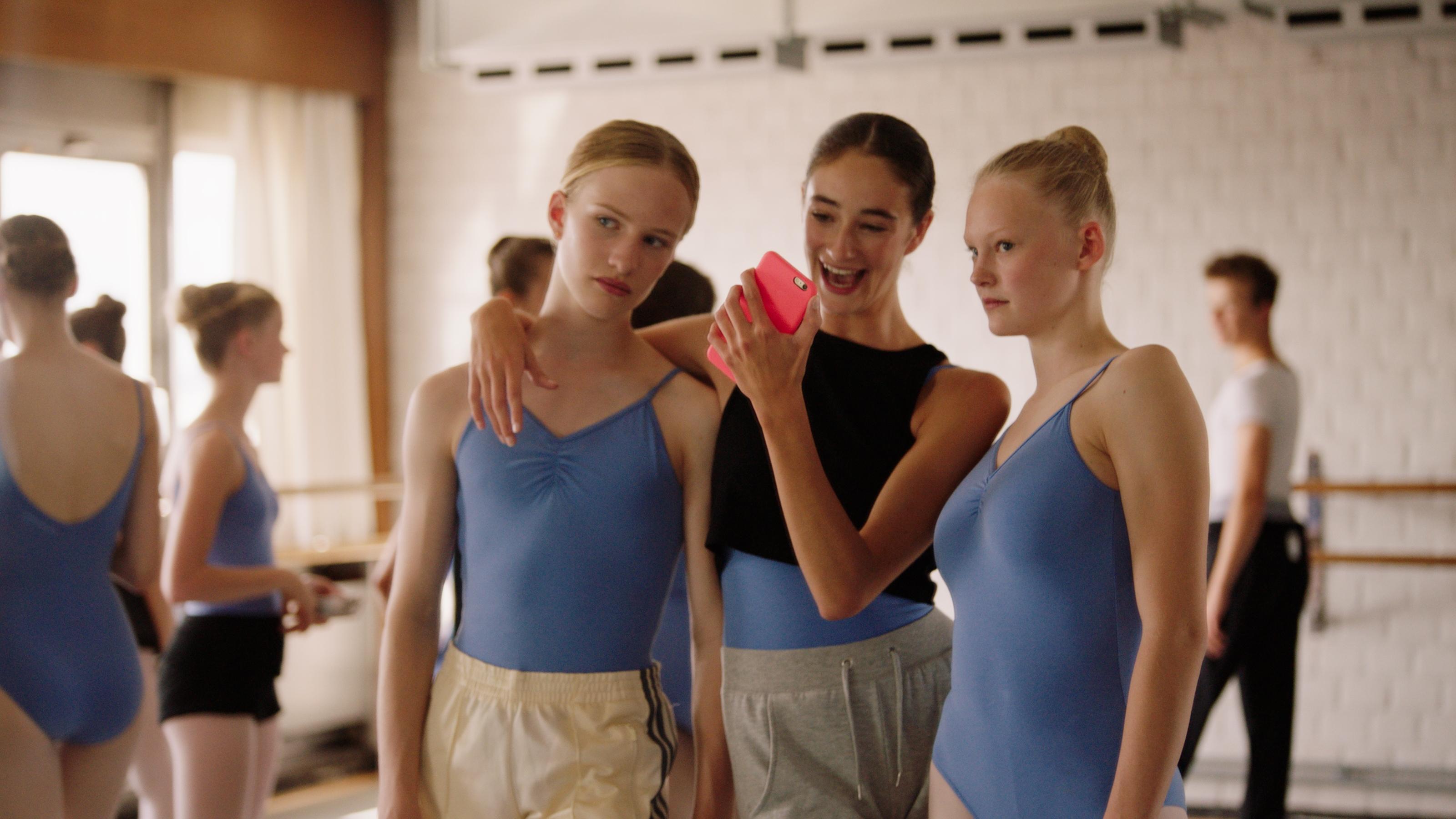 Third of all, what we cannot forget is that this film is about the physical transition of a 15-year-old. If I would have a 15-year-old transgender girl playing this part and I filmed her, maybe later in her life she would never want to be reminded of this step in her life, because it was too vulnerable, because it was too fragile, even though maybe right now she doesn’t think so. That would be ethically wrong of me. If there would’ve been a transgender girl come to us, and she would have been able to dance on the level that Victor is able to dance and act on the level that Victor is able to act, if she would’ve had the strength that I believe in to show it and not regret it later on, I would have immediately said yes – but there was nobody coming that way to me.

Victor is an advocate of the fact that gender is performative because he’s a boy and he plays a girl in such an amazing way that we forget he’s a boy, so everything is possible if you want it to be. We have a feminine side in us or a masculine side in us that we can channel and bring out and show to the world if we want to.

Do you know what your next project is going to be, or if there’s stuff that you weren’t able to explore in Girl to do with this area that you would like to explore next?

I know what I want to do. It’s to continue talking about masculinity and femininity, but in a completely different way. I love talking about the body and the relationship between ourselves and our own bodies, and of our bodies with other bodies, how we go into interactions physically. In a society becoming more and more digital and more and more distant, I think it’s important to talk about the body and how we can go into – or not go into – relationships with other bodies.

It’s exactly this that is so difficult for Lara. Lara has the ambition and dedication and talent to be a ballet dancer, but then aspects of her physique make it even more challenging for her. How can you find a resolution if your body won’t do things that you want it to do?

This transcends the transgender discussion, because we all have complex relationships with our bodies. We all have things that we’re happy and not happy about. The most beautiful thing – and I don’t say I’m there, I don’t say I have arrived there and maybe I will never arrive there – is accepting fully that we’re born in a body that we cannot change. We’re born in something that will be what it is. Yes, we can manipulate it, and yes we can try to form it, but we have to accept it also. Self-love, self-value, self-appreciation is the hardest thing to accomplish in life. If we get there, if we do that, then we have succeeded.

Linkedin
RELATED ARTICLES
OTHER ARTICLES
A new film from Berghaus traces the story of Adam Raja, who left behind a turbulent upbringing to discover the healing power of climbing.
Taking us through one of the most dynamic years in recent history, Laylah Amatullah Barrayn new photo book contains tender yet confrontational portraits.
Zsófia Sivák’s ongoing project documents the country’s tavern culture, preserving a once defining part of rural life.
Campaigners reflect on what the supreme court’s decision to allow buffer zones in NI means for the future of reproductive rights in the UK.
From snake handlers to mardi-gras revellers, Tom “TBow” Bowden’s photos provide a snapshot of the wonderful and weird people who make up America.
Yohon Tatum, aka Legendary Father of the House of Tisci, reflects on nurturing a new generation of talent.