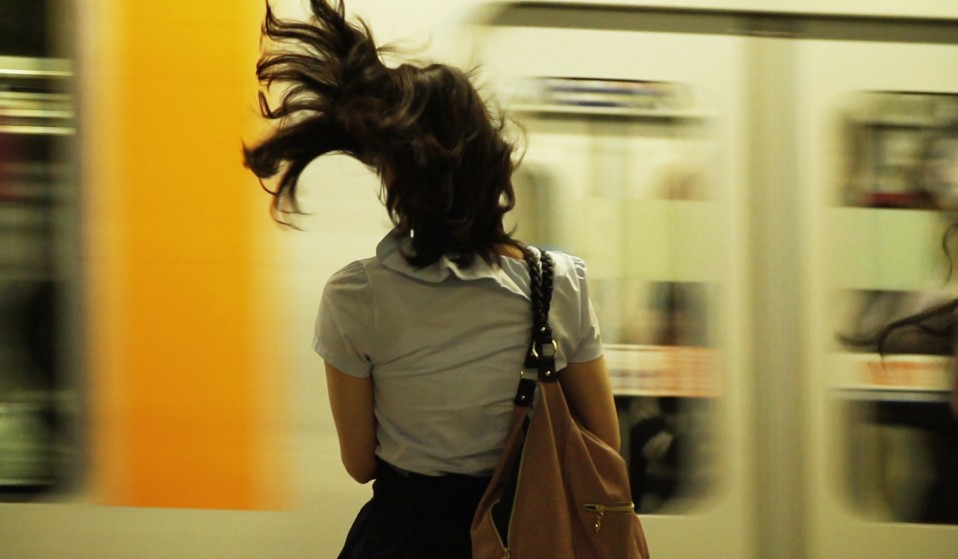 Documentary In Pursuit of Silence explores our relationship with sound and how excessive noise pollution is damaging our lives.

Documentary In Pursuit of Silence explores our relationship with sound and how excessive noise pollution is damaging our lives.

Hear that? Of course you do. Listen closely. Whether it’s the traffic outside, screeching wheels on public transport, humming electronics or neighbours who won’t shut up, we’re increasingly entangled in a straitjacket of unwanted noise. As our society develops, our cities grow and technology seeps into more aspects of our lives, it’s becoming harder and harder to find anywhere to be silent. But is that a bad thing?

In Pursuit of Silence from director Patrick Shen is a reflection on the value of silence and the damaging impact of excessive noise on our lives. It’s a meditative journey through our relationship with sound, that travels from John Cage’s seminal silent composition 4’33”, to the chaotic streets of New York City, the anechoic chamber at Orfield Labs in Minneapolis (the quietest place on Earth at -13db) and to festival season in the world’s noisiest city, Mumbai.

We discover that noise pollution has huge consequences on our wellbeing, from elevating the risk of heart disease to holding back performance at school, and learn from those who have embraced silence, like Zen and Trappist Monks, its power to allow time for reflection and help us make better choices, as individuals, and as a society.

To what extent is silence part of your life?
Patrick Shen: Before I started making the film it played a really small part. That’s what intrigued me about the idea of silence, this phenomenon that people had been chasing through the ages. The experience of making the film and what I learned along the way has totally changed the way I pursue life and work. After over ten years working in loud city centres, I shut down my office and now do all my work in solitude in a small shed in my back yard.

What effect has rediscovering silence had on you?
It’s still an ongoing journey and the pursuit for me is far from over, but it’s increasingly becoming a part of my everyday. I think one of the really beautiful things about silence is that it makes us porous to the world. It dissolves boundaries. If you’re engaging with silence, at least in a concentrated way, it dissolves the line between you and your surroundings. There’s this enlargement of your own being and this experience of connecting with the world around you, and even your self to some degree. I’ve grown more aware and more conscious of who I am and where I am.

Being immersed in silence for so long has also made me more aware about the sound and the noise that I do make. It’s made more careful with my own speech. Silence teaches us to speak, it makes us more respectful of the sound that we lay on top of the silence that surrounds us.

You spent time in the anechoic chambers at Orfield Labs, officially the quietest place in the world at the time. What was that experience like?
It’s -13db, which is pretty insane. So, I wanted to spend 40 minutes alone in that chamber with the lights off, because those are the conditions under which others have reported going a little bit mad and starting to hallucinate. I had to understand what that was like, so I spent 40 minutes lying down flat on my back on this special mesh flooring. It’s a very strange sensation.

The first 30 minutes were agonising and deafeningly loud, in a whole host of different ways. I spent many years in bands, playing in metal bands without ear plugs, so I knew I had damaged my hearing to some degree, but I never really knew to what extent. It wasn’t until I stepped into complete silence that I fully understood how badly I had damaged my hearing because all I could hear at first was the ringing in my years, a condition that millions of people suffer from around the world, it’s called tinnitus.

After meditating on that for a time and trying to tune that out, it was then the internal chatter that I had to contend with. By far, that outdid the ringing in my ears. It was a stream of  ‘what am I supposed to be feeling’ and trying to create this narrative around the experience – many have called it ego-building. For the first 30 minutes it was just fighting this internal noise that my body was making, that my mind was making. It was pretty awful. Not until the last ten minutes was I able to calm down and focus on my breathing, the sensations that my body was experiencing in the room. For that ten minutes it was actually quite calm, peaceful and beautiful.

What are the biggest benefits you see in a quieter world? You suggest in the film that more time for reflection could help us make better choices, as individuals or as a society?
Absolutely! So little of what we do day-in-day-out really involves choice. Lots of what we do today is just reacting to incoming stimuli and it doesn’t really stop: notifications, advertising, entertainment. It’s unprecedented how much sensory information we’re being bombarded with – and we haven’t really evolved the capacity to cope with it. In the US especially, we live in a culture where we value materialism and self-expression over introspection and thought. Leisure over contemplation. The science shows us that when we’re in this reactive state all the time, we don’t make the best choices. We need to give ourselves space to reflect and be proactive, not reactive to make better decisions.

In Pursuit Of Silence is in UK cinemas from 21st October 2016.

Linkedin
RELATED ARTICLES
OTHER ARTICLES
Last week, Tower Hamlets council removed its nudity-restricting licensing conditions in a huge win for London’s kink community.
As the Criminal Bar Association enters its fifth week of action, criminal barrister Russel Fraser explains why the legal professionals have walked out and how action is likely to escalate.
The government’s brutal crackdown on NGOs has left victims of rape without anywhere to seek help. And now, as the country plays a key role is Russia’s war, things are only getting worse.
With the UK now set to run out of vaccines, people working in the sex industry – particularly outside of major cities – have been left especially vulnerable, reports Brit Dawson.
Steel City is often overlooked when it comes to the country's cultural radar despite its role in shaping electronic music.
Following the release of his latest album, the rapper talks about finding a new approach to songwriting, attitudes to poverty, and why his music is more than a political statement.