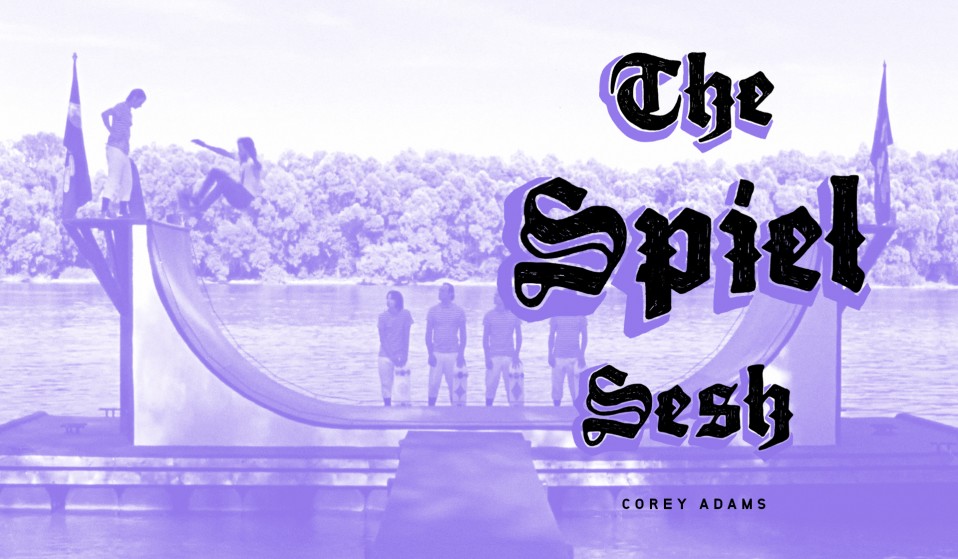 Machotaildrop by director Corey Adams is positively and most definitely the best skate movie ever made, ever. Corey found a way to embody skateboarding without the clichés and make something clever, daring, warm and joyful all while creating a fantasical world that looks like the bastard love child of Willy Wonka and Wes Anderson after a Sweet Movie bender. And who else can say the Hells Angels gave them their first break? 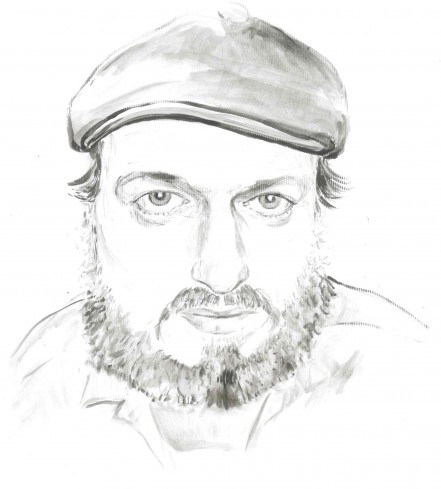 What advice would you give your 16-year-old self?
Pack your bags and just go anywhere.

When was the last time you lied?
Today. I lied when someone offered me something that I actually wanted but said no.

Have you made it?
I’ve made a quesadilla. Is that it?

What’s wrong with kids today?
It’s hard to tell if they are honest in their intentions. When I was a kid if you rode a skateboard you were doing something that you knew the vast majority of the population was going to hate you for. So you really had to want it, cause it wasn’t going to be easy.

Who is your hero of fiction?
Pee Wee Herman. 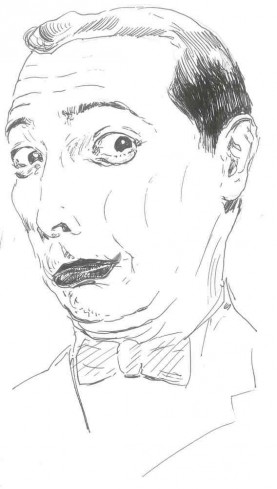 Do you have a secret hunch about how you will die?
Lynched by an angry mob for mistaken identity.

What is your most treasured memory?
Going to the fair with my Nana. She bought me shades with the leather sides and a checkered hat with flaps on the back.

Your house, containing everything you own, catches fire. After saving your loved ones and pets, you have time to safely make a final dash to save any one item. What would it be?
My switchblade. It’s very special to me and if my house is burning it’s probably ’cause there is a riot going on outside where an angry lynch mob is after me. So having a weapon could be a good idea. 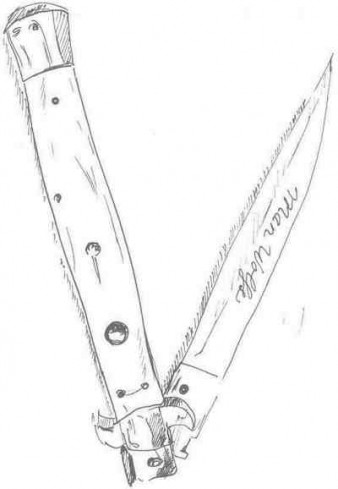 Do you have any rituals?
Chanting with groups of people.

Who gave you your first break?
The Hells Angels. They handed me a wad of cash– $10k. I’d never seen that much money at the time. I made them a hillbilly web series before YouTube existed. They were very forward thinking about video and the internet. Needless to say the technologies weren’t ready and they hated the web series I made for them.

First memorable subversive act?
Walking down the hall in high school with my testicles hanging from my shorts.

If you could master any craft what would it be?
Piano. Always. If you can play piano then you can entertain yourself for a lifetime.

Been caught stealing?
Limited edition C3PO Star Wars toy from K-mart when I was 5. I remember when they made me empty my pockets and I had a pack of matches. They were so disgusted that I had these.

As a teen, what film or book had the biggest influence on you?
Hearts of Darkness, the documentary about the making of Apocalypse Now. I had the VHS tape and I would watch it over and over. The chaos of making that film is what inspired me make films.

Which “scene” really influenced you?
The scene in Wild at Heart where Bobby Peru is rubbing up on Lula after she just barfed. He seduces her in the most disgusting way. But the mood it creates is genius. 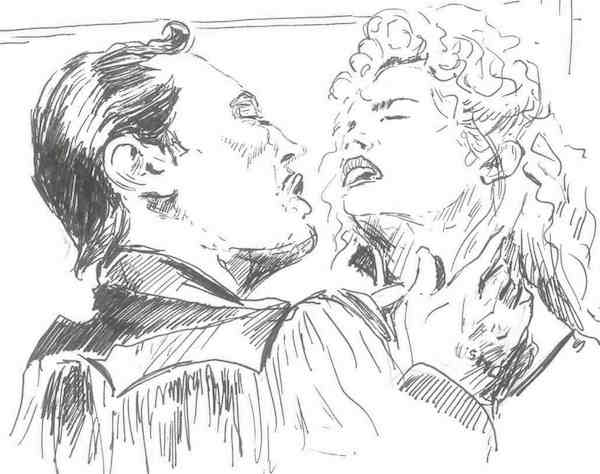 When you were a kid where was the first place you sneaked off to?
The woods. We had a fort in an old tree stump. A huge tree stump. That was my happy place.

Growing up what was the most important record to you?
Eric Burdon and War double album. They did a 45 minute cover of ‘Knights in White Satin’ that is completely insane.

If you could briefly freeze time what would you do?
Build a huge bonfire and burn every piece of clothing known to man. Then when they awoke everyone would gather around the fire naked.

Who do you admire that’s under the radar?
Homeless people.

Have you ever been fired? Or what was your worst job?
Never been fired but I’ve had no shortage of horrible jobs. Fiberglassing, washing cars, janitor, dishwasher. Horrible times.

What posters did you have in your room as a teen?
David Lynch’s Blue Velvet and a red Lambo Countach in front of the Golden Gate Bridge. 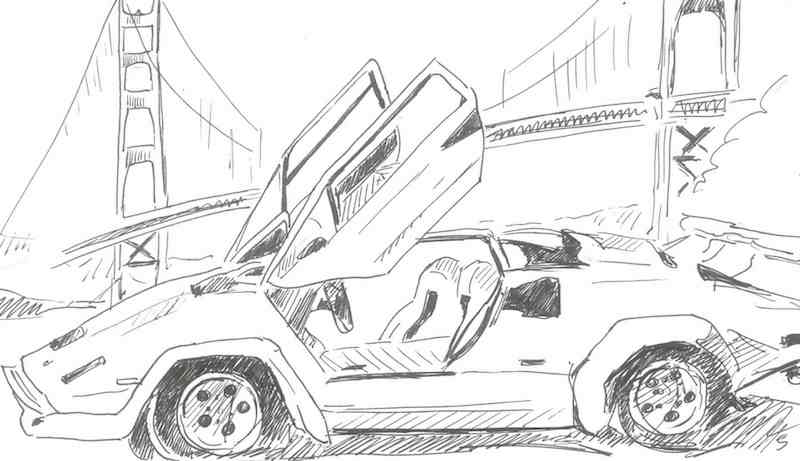 How do you drink your coffee?
Black.

Have you done anything really stupid for love?
I hope so.

What do you collect?
Head busts.

Last superstitious thing you’ve done?
Have to put pants on before a shirt. Can’t do the other way around.

Have you read all the books of one particular author?
Roald Dahl. 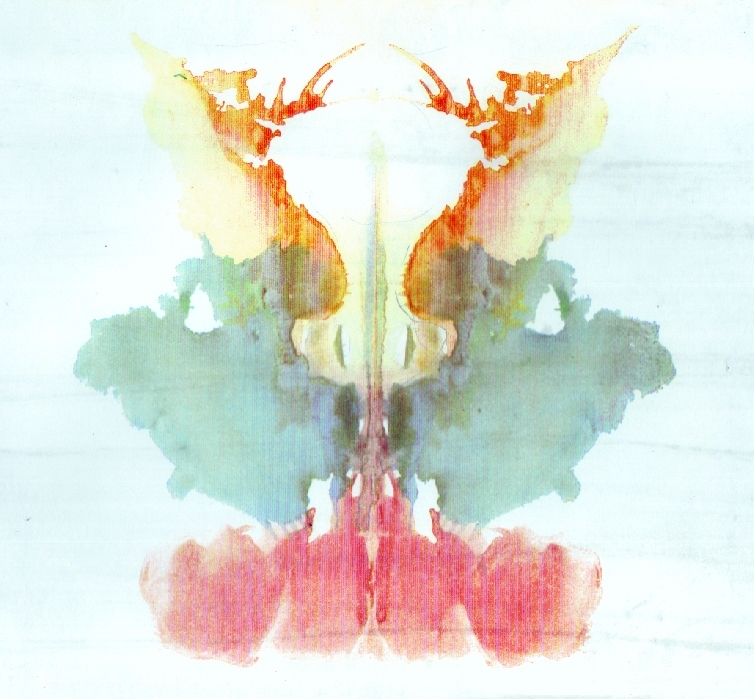 Psychologists say this image determines an individual’s reaction to violence, paranoia and chaos.

Linkedin
RELATED ARTICLES
OTHER ARTICLES
In Sheffield, food delivery drivers are fighting back against one of the giants of the gig economy.
Jermain Cikic reflects on his experience of visiting the island of Samos, Greece, in the summer of 2021.
A new book traces the legislation’s tumultuous history and the lasting impact its had on LGBTQ+ activism today.
Photographer Yan Morvan revisits a radical moment in history, which saw the emergence of a fiercely-rebellious spirit among the UK‘s youth.
The musician, DJ and founder of Monika Enterprise reflects on a career defined by revolution and rule-breaking.
Photographer Melanie Nissen recalls capturing the characters, fashions and rarefied chaos of a rapidly-expanding set of punk bands who helped to redefine the genre.