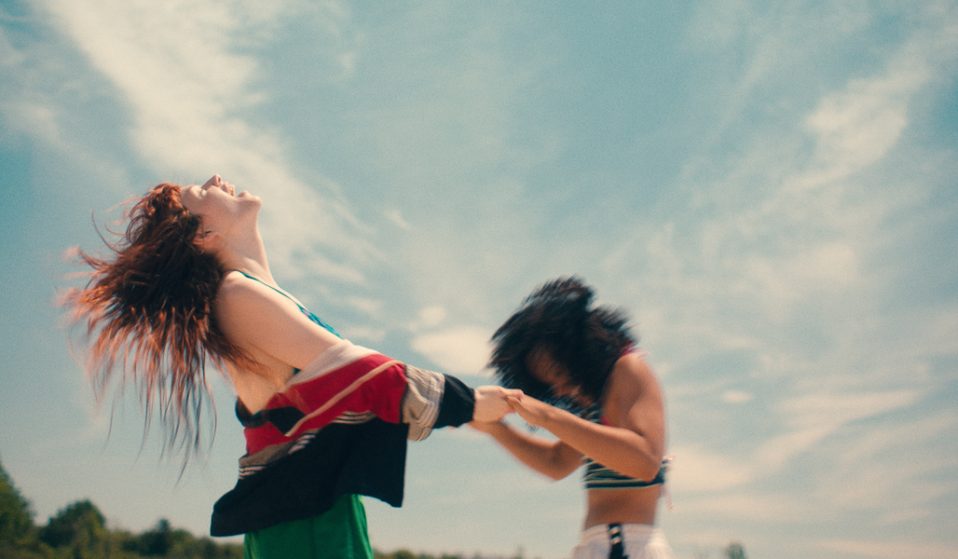 Following its premiere, we speak to the filmmaker and two lead actors behind TIFF breakout Firecrackers about tackling the power dynamics of gender head-on.

Jasmin Mozaffari was inspired to write Firecrackers after enduring an abhorrent act of sexual harassment. Following its premiere at TIFF, we speak to the filmmaker and two lead actors about tackling the power dynamics of gender head-on.

Firecrackers opens with a bang. A girl with bright orange hair takes a swing at another teenager as a crowd screams them both on. The brawl continues as the red-head delivers hit after hit, until the screen goes black and the film’s title flashes up.

Much like the film’s protagonist, Canadian writer and director Jasmin Mozaffari is pulling no punches. Made with an almost entirely female crew, Firecrackers is the story of two best friends, Lou (the redhead from the film’s brutal opening) and Chantel. Set in small-town Canada, the pair dream of leaving their lives as cleaners and escaping to the big city. It’s a film full of furious women: raging against their rough upbringings, their families’ lack of ambition, and the men who hold them back.

Mozzaffari was inspired to write Firecrackers after she was sexually harassed in her teenage years by a friend’s boyfriend who had a gun. A scene in the film plays out horribly close to Mozzaffari’s real life experience, as the film wrestles with the power dynamics of gender. Visually inspired by the likes of Andrea Arnold, Firecrackers is a loud, bold, and unrelenting film with two stand-out performances from Michaela Kurimsky (Lou) and Karena Evans (Chantal).

Following its premiere at Toronto International Film Festival, Huck met the director and actors to talk feminine anger, creating intimacy on screen, and the advantages of working with an all-women crew. 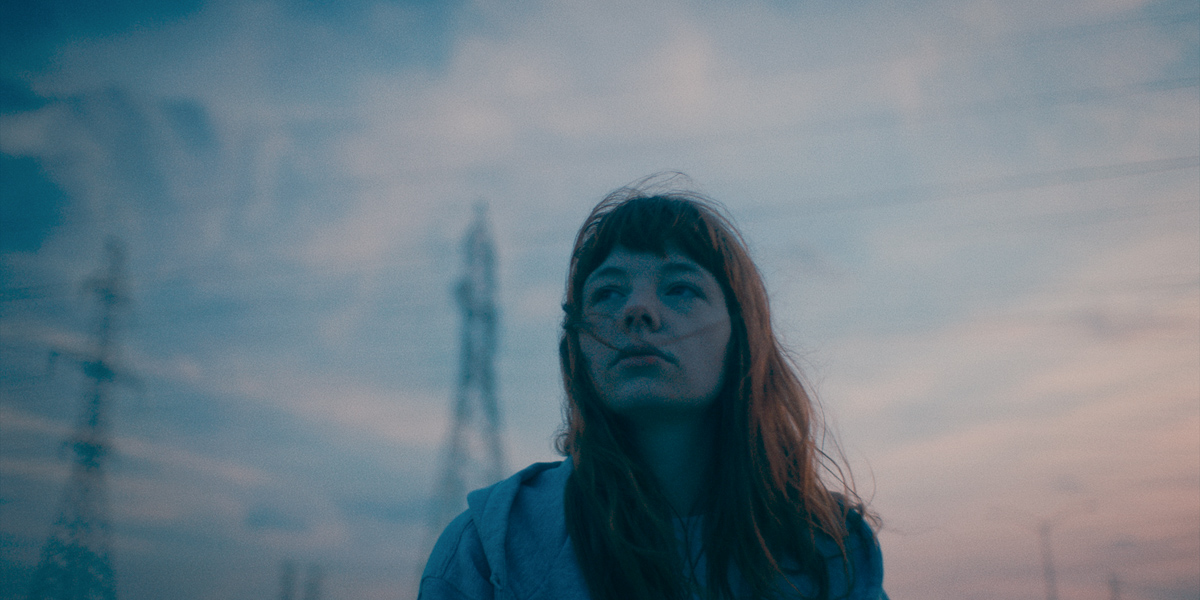 Why was Firecrackers the story you wanted to tell?
Jasmin Mozaffari: I made a short in 2013 with the same name, Firecrackers, so when it came to wanting to make a feature, it made sense to expand this – because there was so much more to say. The idea of inequality between the sexes and patriarchal oppression has lived within me my entire life and I feel very strongly about it. My short touched upon those things but didn’t really go deep, whereas I knew with a feature that I could go much deeper and darker.

The acting in the film feels so naturalistic. What was the filming process like?
Karena Evans: I think that Jasmin’s process is very different. As an actor you don’t always get the opportunity to prep and rehearse so much and have that much time to understand your character. Jasmin provided so many opportunities for us in the rehearsals and in the auditions – even just in the motels and schools we were staying at – to keep us in this world. It provided opportunities for us to get to know that world and get to know each other, to connect with each other as Karena and Michaela and as Chantal and Lou.

Michaela Kurimsky: It was really interesting because Catherine [Lutes, the cinematographer] was with us at rehearsals and after a while I didn’t even know she was there. She was following us around with a camera and it made me so comfortable that when we were on set we were used to her. I think that really helped for the naturalism.

JM: We had Catherine in rehearsals. I brought her in gradually and let people get used to a camera being there and soon everyone got used to this dance that went on during the shooting day. There also wasn’t traditional blocking. Catherine would come in and people would ask, ‘what’s the blocking,’ and she’d say, ‘I don’t know – just stand back because the actors are going to do their thing and I’m just going to dance with them.’ 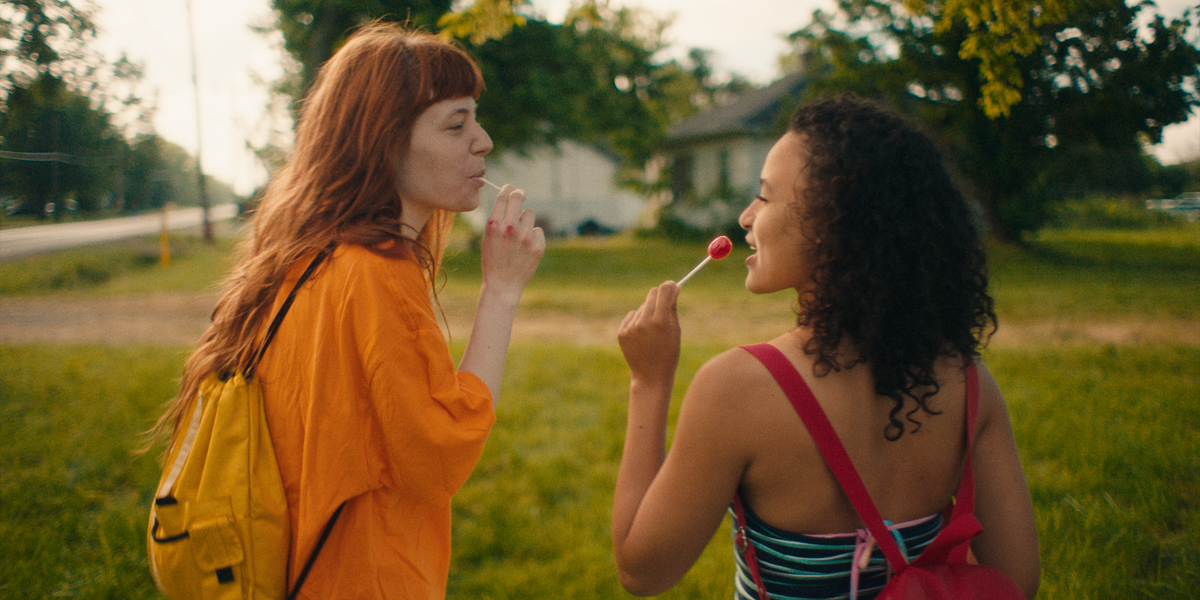 The film is visually very striking. Can you talk about the aesthetic of the film and other filmmakers that inspired you?
JM: There’s a heavy stylistic element to the film. I’m very inspired by Andrea Arnold and Lynne Ramsay – especially the social realist vibe that they have and the way they work with their actors. I was influenced by them but there are also these stylised sequences in Firecrackers where the music is heavy and there’s steady-cam and slow-motion, and those things maybe come from more of my American influences.

I wanted to blend these two styles together because I think there are different ways to explore the truth of a situation and it’s not always setting up a camera and letting things happen. It’s how you convey an emotion to an audience.

The film seems to be about anger, especially teenage and feminine anger. Why was that something you wanted to explore?
JM: When I met Karena and Michaela to audition them, I improvised with them. Michaela’s audition was a very confrontational scene and I think she was just beginning to tap into that emotion. We had a lot of conversations about how you access this anger, where does it come from and why. Michaela did a lot of work on her end to get to the root of that.

MK: I built a life for Lou. I have a whole short story and I created this depth with all these other characters, especially her mom. I created justifications for the anger and that’s what made it so easy. That research and that process of creating a life. It was almost effortless to sink into it after. It felt true.

JM: In the bar scene, when Michaela shoves a guy, I remember filming that and you guys were really fired up. Like Michaela’s pupils were so dilated. That was in the middle of shooting and by that point you were ready to go.

KE: I’d also say bigger picture, there’s a way that women have been represented in film that’s false or there’s a lack of representation. Jasmin created these characters that were unapologetic and badass and unique but who also possessed a vulnerability. Because there was so much depth and texture to these characters, it made it so easy for us to jump into them.

MK: It was very easy to be angry. 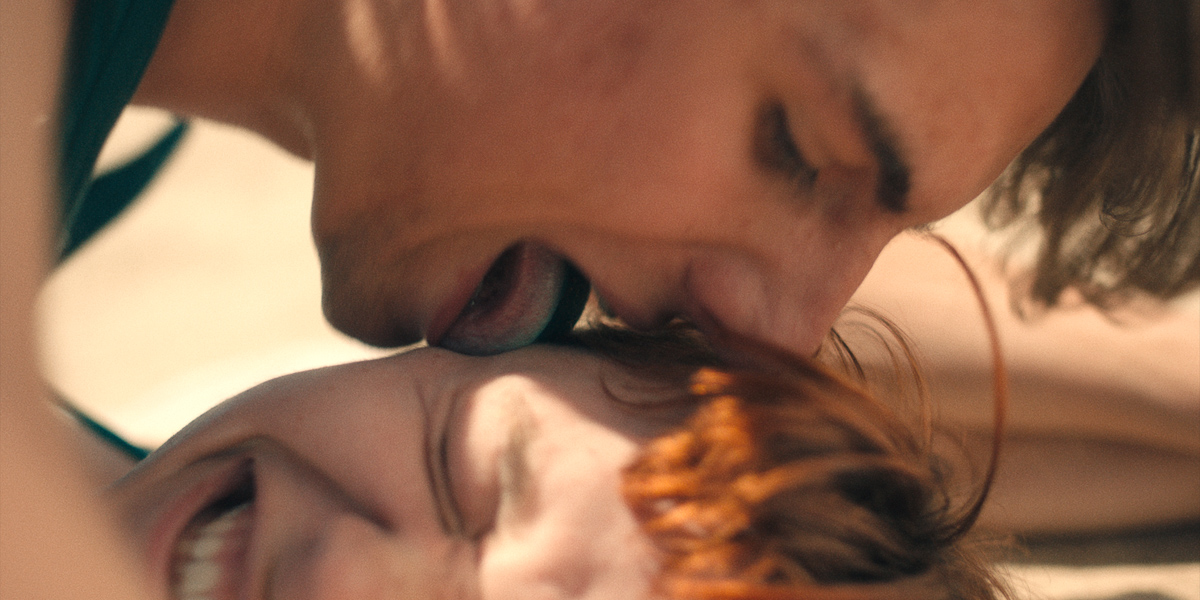 You understand that the girls’ anger often comes from how their gender is perceived by men. But the film also explore how gender restricts the male characters – especially Lou’s little brother, Jesse.
JM: That was very deliberate, to explore Jesse’s character and all the men, and how they’re trapped by patriarchy too. It breaks them down and makes them want to control things and makes them sad. It’s affecting everybody. Jesse was inspired by my little brother when we were young. My brother wanted to wear jewellery and I remember my father shaming him for that and me standing up for him. Out of that came this character.

I don’t know what he wants to be or identify as, but he just wants to explore things and he’s shamed constantly for that. I think Jesse looks up to his big sister because Lou also doesn’t really fit into what’s traditionally seen as feminine, especially how she dresses. I think Jesse’s influenced by Lou and is kind of like the next Lou and at the end of the film you see him in this heroic way.

It was such a delight to watch the end credits and see predominately women’s names. Was the decision to have an almost entirely female crew deliberate?
JM: The key crew were almost all women. That wasn’t deliberate, however I think when women are in positions of power, as directors or producers, they will hire other women. I think that just happens. Also, I think women could just relate to the story. I didn’t have to explain everything in the script to the DP or anybody because they’ve been through similar situations.

KE: It made it a safe space to explore. There was an energy on that set that was electric and I think everybody, from me and Michaela to Jasmin and the DP to the producers to the PAs, who were female as well, created this visceral female energy that felt safe to explore in.

Firecrackers premiered at TIFF on 8 September, 2018.

Linkedin
RELATED ARTICLES
OTHER ARTICLES
Steel City is often overlooked when it comes to the country's cultural radar despite its role in shaping electronic music.
Photojournalist Fiora Garenzi spoke with people still living in Eastern Ukraine, an area which seen some of the heaviest fighting since the war began.
Last week, Tower Hamlets council removed its nudity-restricting licensing conditions in a huge win for London’s kink community.
A series of photos by the late Jerry Dantzic taken in 1957 show a tender side to the iconic Jazz musician.
Yesterday, rail workers came together to protest poor pay, working conditions and job cuts in their latest round of strikes.
The author discusses her new memoir, which offers a sobering reflection on the racism and otherness she’s experienced along with a joyful celebration of her culinary heritage.