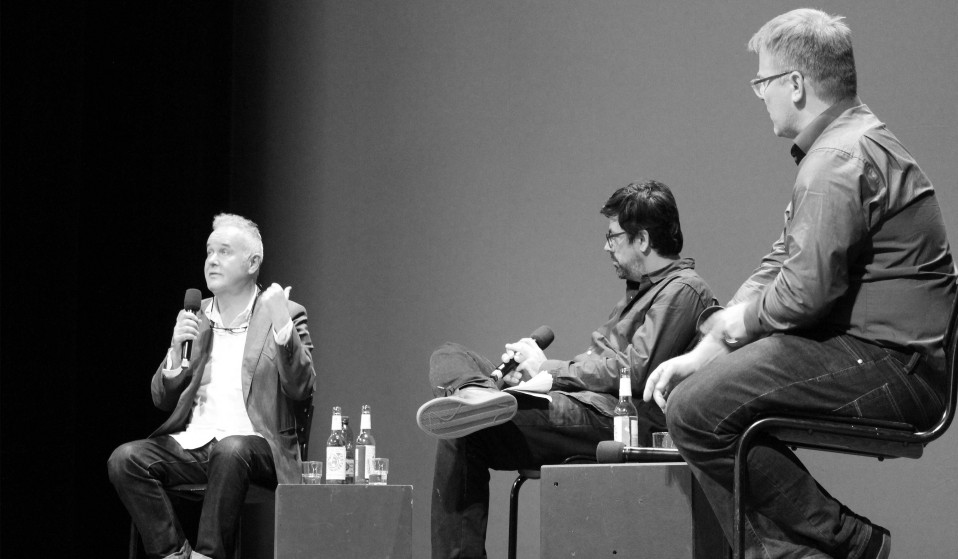 Filmmaker Adam Curtis spoke at HAU Berlin about the invisibility of modern power, the failure of progressive politics and how technology is suffocating our humanity.

Filmmaker Adam Curtis spoke at HAU Berlin about the invisibility of modern power, the failure of progressive politics and how technology is suffocating our humanity.

The carefully choreographed kaleidoscope of images, colours and sounds that Adam Curtis conducts across the screen not only make for incredible film, but can also be seen as a window into his political and theoretical beliefs.

His films blur the line between documentary and art, using fantastical montages of archive footage to visualise the ideas and philosophical concepts that define our age.

Curtis argues the rise of finance, computers and management theory has grown to dominate our society and revolutionised the way we live our lives. We have lost the ability to understand the complexity of today’s world. 140 character updates on Twitter and 24-hour news reports are too superficial and myopic to help us make sense of the chaos.

Curtis admits he, too, struggles to make sense of now, yet his films cut through the noise and allow us to understand the modern condition with a clarity no other filmmaker has achieved.

At HAU in Berlin, Curtis spoke alongside screenings of Bitter Lake (2015), his dreamlike experimental documentary which explores how Afghanistan has infected and corrupted the West since WWII, and The Century of the Self (2002), about how the application of Sigmund Freud’s theories in everything from advertising to political discourse has enable mass population control.

He discussed the invisibility of modern power, the blurring of humanity and technology, and the failure of the left-wing middle classes. Here’s what he had to say.

1. ‘Being yourself’ means big businesses are cashing in

For Curtis, it is a “well known cliché” that the political world has shifted to the right. Corporations greedily extend their chubby fingers to pocket entire nations, whilst politicians either cash in or turn a blind eye. However, Curtis emphasised that there is another reason behind what he views as the failure of left-wing politics.

He shrugged and grinned as he admitted happily to having a problem with hippies, due to how after the collapse of the 60’s counter-culture movement, the resurgence of the left became entwined with the idea of standing out from the crowd, being yourself and rebelling against societal norms.

Unfortunately, what wasn’t part of the plan was that this idea of self-expression was seized upon by savvy businessmen, who now sell us an increasingly enormous amount of stuff that we buy in order to be ‘true to ourselves’. This regrettably means that both the left and the right alike are contributing to the never-ending cycle of mass consumer culture. Oops.

The internet, according to Curtis, still contains a sense of magic for us. It’s a shiny, digitalised magic which disguises the “new and invisible power” of a system run by algorithms that the vast majority of its users have long given up trying to understand.

We are, as Curtis impressed upon the audience, no longer in charge but are rather “software in a machine” that feeds itself by analysing data from the past in order to predict everything from the next financial crash to your favourite brand of shampoo. It’s a constant regurgitation of re-polished information that guides both the world and us in a stable, slowly revolving cycle.

However, it is into this infinite feedback loop that Curtis injects his films like a virus, grabbing grainy seconds of archived footage and jamming them together in a jarring, disruptive, and entrancing montage. He destabilises the routine with flashes of beauty and horror, serving up the past in a new way that makes us pause as we try to swallow a version of history so different from what we are used to being fed. 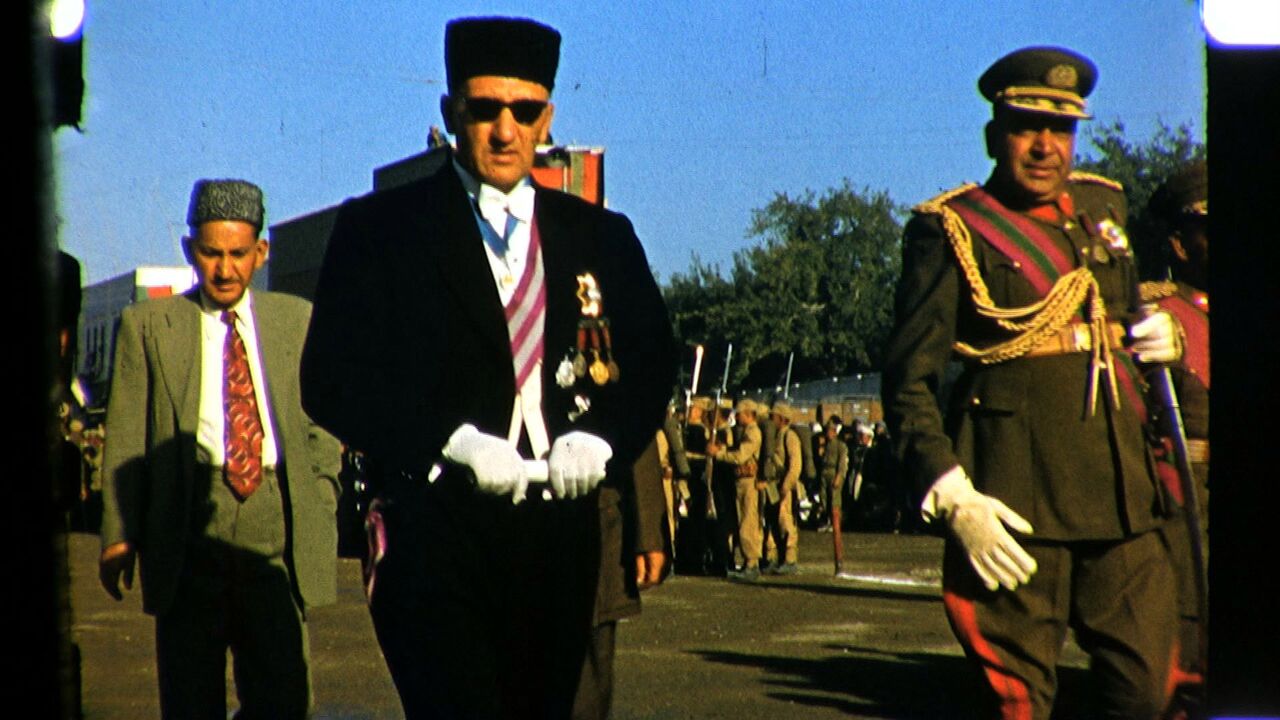 3. Culture is ‘stuck’ and being cool is no longer an option

n.b. Curtis repeatedly said ‘we’ when discussing these topics, without confirming who ‘we’ are, so it should be assumed that he is probably referring to his white, middle-aged, middle class British peers. Nobody’s perfect.

Our culture is, ultimately, safe. Curtis was not shy about proclaiming that, with a few Burial-shaped exceptions, music, film and art have not been groundbreaking for a long time. As Curtis relayed anecdotally, a friend once told him that the coolest thing to do nowadays would be to go downstairs, open the front door, turn right and walk all the way to the Ukraine, and then not write a book about it.

Radical culture is trapped in the same way that politics is; we sit snugly in the well designed playpens of Twitter and Facebook, expelling our anger as we groom each other with endless 140-character exclamations of outrage. We are a nation of “oh-dearers”, a phrase coined by Curtis to describe the habit of ranting furiously into the echo chamber of social media about something which we do nothing to change, before being distracted by the next #injustice.

4. The Occupy movement was a failure, and the same goes for every other recent left-wing movement

Curtis did not mince his words on this topic – the left for him has failed. Structure has been rejected for idealism; the rise of the hyper-individual has contributed to an innate distrust of large groups, and where in the past politicians made progress by communicating with trade unions or other large organisations, there are now masses of individuals who float in insular bubbles, trapped in a self-importance that social media has only served to amplify.

Crucially though, it’s not just champagne socialism gone viral, because as a frustrated Curtis explained, Occupy shouldn’t have failed. They had support, press, a great slogan, and a huge following, yet they fizzled out not only because they weren’t organised, but because they had no way of imagining a clear idea of the alternative society they were fighting for. And it wasn’t their fault.

It goes back to what Curtis emphasised most over the weekend – that in a machine which runs on the past, it’s utterly impossible to conceive of a new future. We are all cogs in an engine, yet we all simultaneously believe that we are the one person driving the car. It’s therefore not only impossible to work together in order to create change, because every cog is trying to change gears at different times, but also completely impossible to picture a new route from within the framework that is powering the machine. A left-hand turn is just not an option. 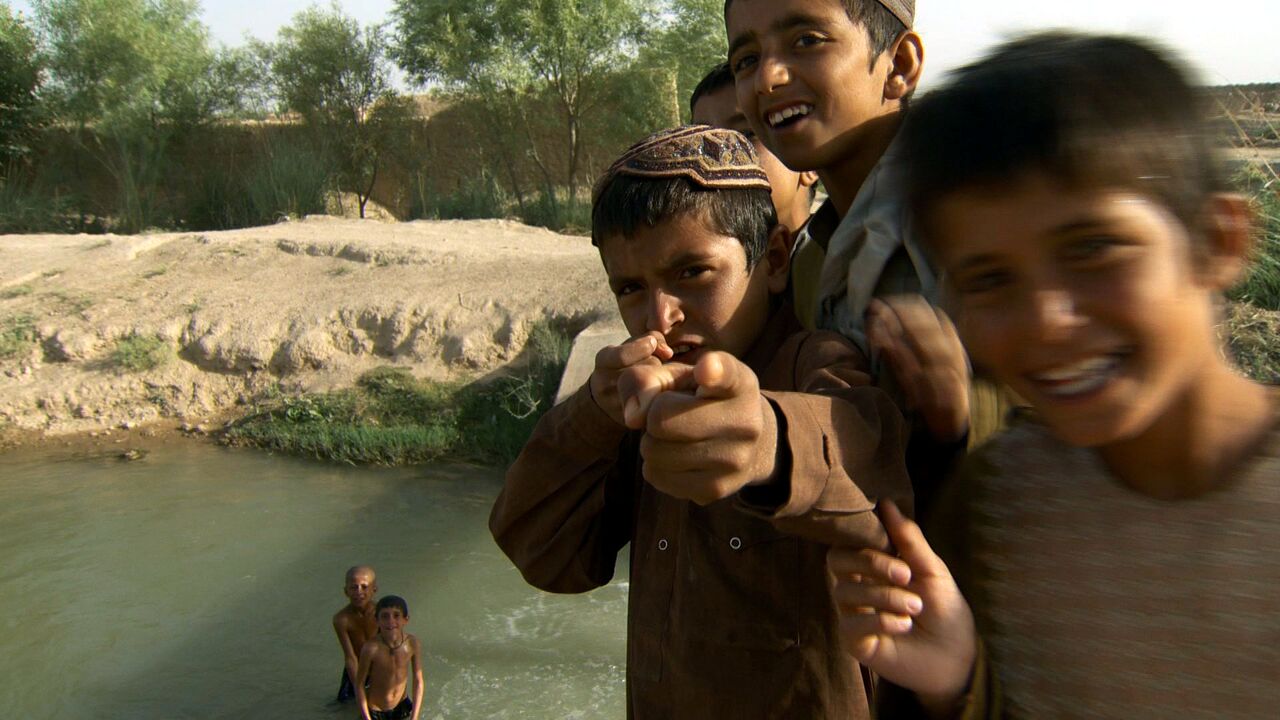 5. Maybe, we don’t want to change the world

Curtis’ final ringing soundbite, well rehearsed but nonetheless poignant, was simply that perhaps the reason we are not angry for change is because we do not truly want change. It’s not a revelation that the privileged left, sharing radical posts on a less-radical iPhone 6 whilst sipping dubiously-sourced organic coffee, may not be all too keen on actually changing their position in society.

However, as cultural theorist Mark Fisher pointed out whilst discussing these views with Curtis on stage, Curtis’ love of the controversial story perhaps prevents him from acknowledging the impact of recent developments, such as the election of Jeremy Corbyn or the changing tides in student organisation.

Still though, if you believe Curtis, it doesn’t make much difference. Even if we did want change, there’s seemingly no way of achieving it, and as Curtis admitted at the end of the weekend, he has no more idea of how to improve things than anyone else does. He does make great films though.

Linkedin
RELATED ARTICLES
OTHER ARTICLES
Photographer Bud Glick recounts documenting everyday life in the area, and what it taught him about the Chinese immigrant experience.
The government’s brutal crackdown on NGOs has left victims of rape without anywhere to seek help. And now, as the country plays a key role is Russia’s war, things are only getting worse.
From the chip shops, to the bingo parlors and burlesque dancers, photographer Mike Coles remembers capturing scenes of holidaymakers by the English coast.
To mark the premiere of his new documentary on surfing giant Gerry Lopez, the filmmaker and former pro skateboarder sits down to share his unique brand of wisdom.
A series of photos by the late Jerry Dantzic taken in 1957 show a tender side to the iconic Jazz musician.
The author discusses her new memoir, which offers a sobering reflection on the racism and otherness she’s experienced along with a joyful celebration of her culinary heritage.