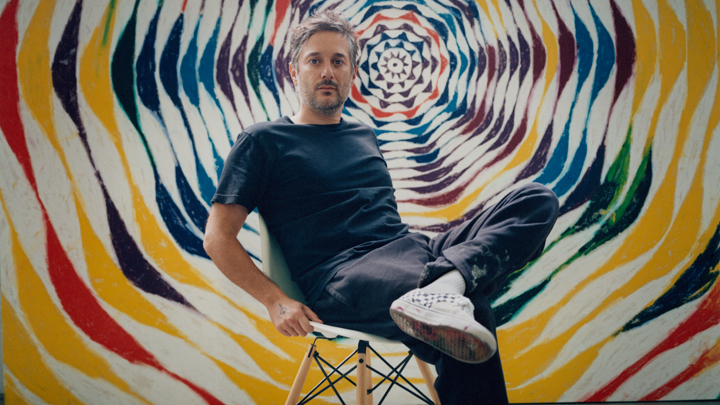 Talking skate, paint and the American psyche with the writer/director of Kids, Gummo and Spring Breakers.

As Harmony Korine unveils a new exhibition of paintings at the Gagosian Gallery, the cult director gave a talk at the Southbank Centre to a rowdy audience. Here’s what went down.

“I never wanted to make things just to make things, I wanted to disrupt things and do some damage,” explained maverick filmmaker Harmony Korine at his talk at the British Film Institute (BFI) on February 10.

Korine is responsible for the ‘90s classic Kids, which he wrote when he was just 19-years-old. Throughout his filmmaking career, he has torn the medium limb from limb, with projects like Gummo (1997), the Dogma 95 film Julien Donkey Boy (1999), Trash Humpers (2009), and his most recent, Spring Breakers (2013). His writing is sharp, distressing, and often wickedly funny.

Korine’s goofy and understated sense of humour was matched by thoughtful words on art and creation. He announced that his blockbuster Spring Breakers forms part of a Florida Trilogy. His talk at the BFI coincided with the opening of an exhibition of his paintings, titled Fazors at the Gagosian Gallery.

A quick note: the question and answer session got absolutely nuts. A lot of that responsibility falls on the audience, who had gotten wired over the course of the talk. One guy stood up and made sure there was a camera filming him before embarking on an anti-PC rant in which he expressed his support for the singer in Pantera (the dude who gave a Nazi salute on stage a few weeks ago). Harmony made fun of a couple people’s accents. One particularly serious question about his editing influences for Spring Breakers was responded to with a simple “Have you ever watched YouPorn? More that.”

Huck flipped the recorder on, sat back and embraced the madness. Here’s what we learned from Harmony Korine in London.

“Skateboarding is that strange thing where, especially if you get into it when you’re young, sure it attracts a lot of creative kid and outlaw kids and delinquents. But now that I’ve had some distance and time to think about it and the way it’s impacted my life, it really does change the way you look at the world. You’re always looking at the back of buildings and alleyways and abandoned parking lots and spending time in empty swimming pools. It’s a strange kind of thing. There’s an outsider element to it and you’re thinking about how to do tricks that turn things on your head. It re-forms your imagination.” 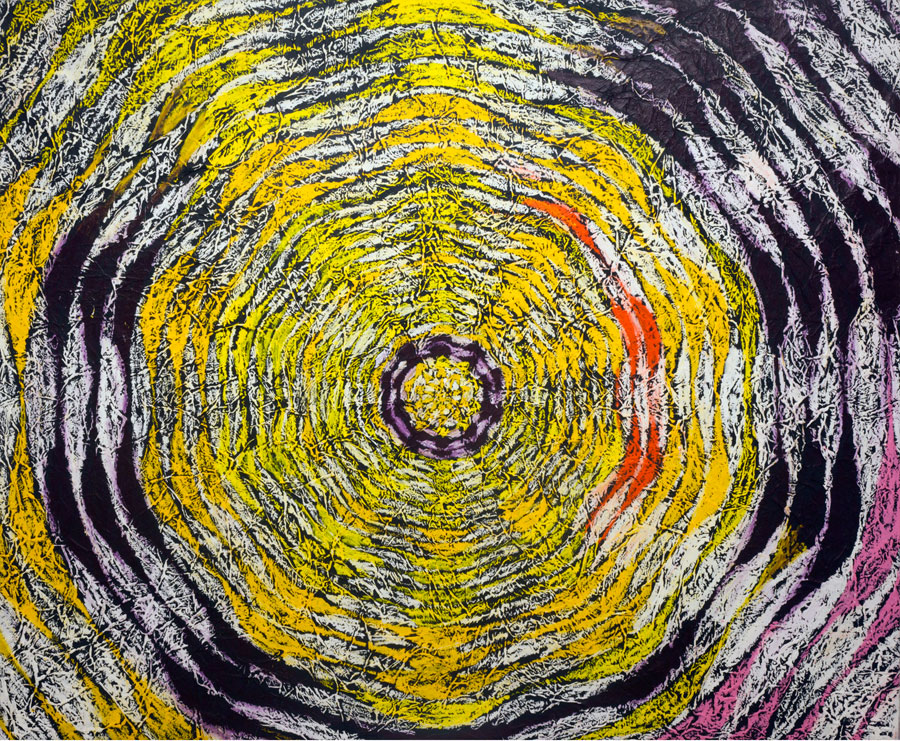 2. Gummo was made to be a collection of fragmentary moments

“I always thought with artwork and film, whatever it is, you do it in a way that no one else is doing. No one was giving me the types of images that I wanted in the ways I wanted to see them. At that point it was pre-YouTube: I was thinking things more as impression, images and sounds. Things were falling from the sky. It had more to do with the Id, the non-explanation; it was like pages missing in all the right places—like a novel with pages missing. That movie [Gummo] is about as much what’s not said, what’s not defined, as what’s in the actual film. The movie was about as much what was not said, what was left out of the narrative.

“I wanted to make movies of just good points, of just moments, where you could stick your hand, blindfold yourself and stick your hand into the narrative and pull out any scene and on its own you could get something from and you wouldn’t have to see what preceded it or what followed, but together it told a story, Everything was alive on its own but at the same time it told a story, almost like a collage or a fabric.”

“Every movie I make is about America. I’m the most American director in the world, beside Clint Eastwood. But I don’t set out to say anything, because a lot of times I don’t even know what I’m saying. I don’t ever set out to say anything because I let the movie find it. It’s usually a pull – I feel something and I follow, and I let that say it. I don’t have specific statements or anything like that. The message or the meaning is the residue of the film from the surface.” 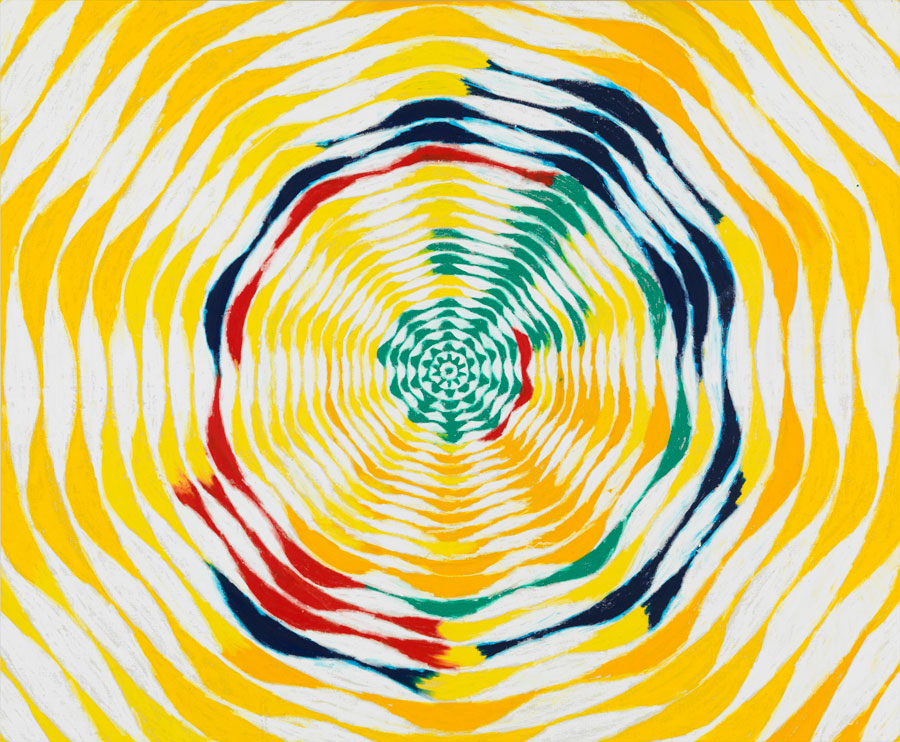 “I haven’t made a movie in four years. Since then I’ve pretty much just worked in art and painting in general, it’s become a bigger part of my life. The thing is ever since I was young I’ve always liked everything, I always saw it as the same thing – the movie, writing, the art, the paintings, they’re all interconnected, it’s all the same thing to me. It’s just art, there’s a unified aesthetic, it comes from the exact same source, it all speaks to the same thing. The painting and the films are about a come from a specific kind of energy, or they’re about the colours, or a certain movement and a feeling and a vibration […] They’re all related to one another, I try never to differentiate them, or put a kind hierarchy to them, or think about what I’m better at or worse at, it’s never about being the best at everything, it’s always been about having a vision that I follow.” 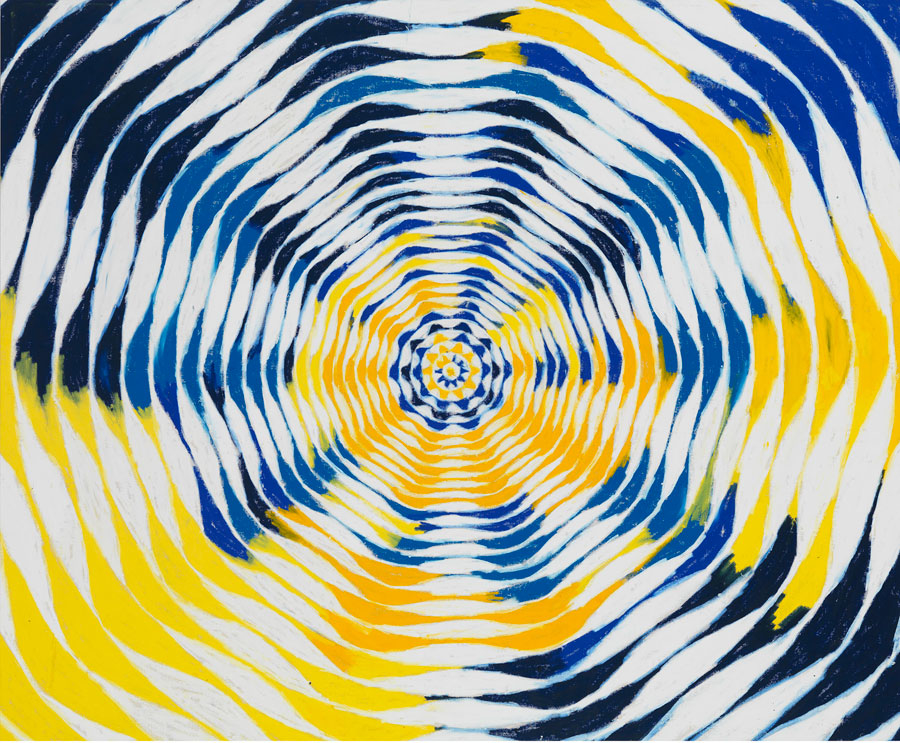 5. Ditch the collaborations and concentrate on your own vision

“Advice now is different than it used to be. My advice now is to like, cut off from your friends. This whole idea of socialised creation, or collaborative creative movement, this thing where everyone feels the need to collaborate, or socialise, or connect is terrible. I think that’s killed a lot of art. Art is a singular vision, it’s a singular soulful thing, it something that comes from the individual. Even the mistakes of great artists are beautiful.

“The idea of wanting to collaborate with all your friends is terrible – it just takes away from who you are and your uniqueness and your wankiness. And you’re just getting false comfort from people. It’s important to have friends and be like-minded and supportive of you, but that’s enough. I’m always on the side of beautiful failure, as opposed to safe success. It’s sometimes lonely, you can be ostracized and it can be a dangerous place but it’s where the most beautiful things come from: A soulful isolation, just try to come up with something amazing on your own. A lot of people, they just want to waste their lives collaborating, or writing a script on Facebook or something. I would just say go inwards and be bold.”

Harmony Korine’s Fazors is on at the Gagosian Gallery, February 8 to March 4.

Linkedin
RELATED ARTICLES
OTHER ARTICLES
Wealth inequality and the rising cost of socialising is placing a strain on people’s relationships, reports Eve Upton-Clark.
Whether it's partygate, the climate crisis or the spiralling cost of living, the fightback begins on the picket lines writes Tommy Vickerstaff
The last few years have seen an increase in LGBTQ-led initiatives to feed the hungry, with many finding ways to stay afloat despite the challenges.
Finland-born photographer Sirkka-Liisa Konttinen looks back on her decades-long documentation of life in Northern England.
Freddie Miller’s new series of photographs investigates who today’s trainspotters are and what drives their unfettered enthusiasm.
Photographer Arthur Grace recalls travelling through the Soviet Bloc and finding ways to evade the surveillance of his work.