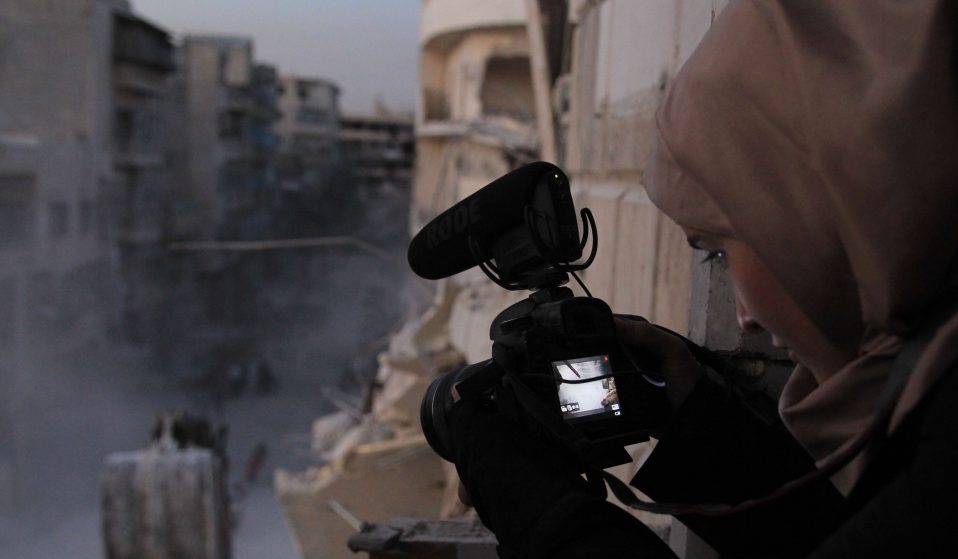 When civil war broke out in Syria, Waad Al-Kateab picked up the camera – and didn’t put it down. The result is now a feature-length documentary.

When civil war broke out in Syria, Waad Al-Kateab picked up the camera – and didn’t put it down. The resulting documentary, co-directed with Edward Watts, humanises a conflict most of us only know through statistics.

Life changed for journalist and documentarian Waad Al-Kateab in 2011, just as it did for the 4 million plus population of Aleppo. The city – once a progressive haven for culture, business and technology – was one of the major sites of the Syrian civil war, an ongoing conflict that grew from protests for President Assad to be removed.

A happy, headstrong young student at Aleppo University in 2011, Al-Kateab began documenting the initial student protests on her phone. As the conflict escalated into a civil war – the second deadliest war of the 21st century, resulting in over 360,000 deaths – Al-Kateab didn’t stop filming. She documented civilian life in Aleppo under siege, as well as her own life: falling in love, and having her first daughter, Sama.

In collaboration with Channel 4 and British documentary director, Edward Watts, Al-Kateab’s footage has now been turned into a feature-length documentary. For Sama, dedicated to Al-Kateab’s daughter born during the conflict, is an incredible feat of documentary filmmaking, showing first-hand the grim reality of war, while simultaneously humanising a conflict most of us only know through numbers and statistics.

Sitting in a boardroom the morning after For Sama’s UK premiere at Sheffield Doc/Fest (where the film received a standing ovation), Al-Kateab is gives off the air of quiet determination. Alongside the film’s co-director Watts, she tells Huck how they made this impossible film.

Can you talk about your decision to first pick up a camera?
Al-Kateab: It was 2011 and I was an economics student at Aleppo University. When the revolutions started in Syria, the Assad regime was saying there were no protests and nothing was happening. Al Jazeera was publishing videos from students but the formal news channels said those videos were fake. But I was there and saw what was happening. It was obvious that there was a system and strategy for how the regime wanted to ignore us.

When they could no longer say nothing was happening because the protests were snowballing, they started saying that the protestors were terrorists. The one defence we had was to document these moments. This was the only evidence we had as Syrians of what was happening. I started with my mobile phone in the beginning and over time, I picked up a small camera and then bigger and bigger cameras.

When did you start working with news channels?
Al-Kateab: I started working with Channel 4 at the end of 2015, but was working with other local channels and agencies. I was part of a small team of citizen journalists – five people in Aleppo – working together.

How did the decision to turn your footage into a feature film come about?
Al-Kateab: It was after I left Aleppo. I was working with Channel 4. One of our executive producers asked me how much footage I had and if we could do anything longer. Then Ed got involved…

Watts: When they found out Waad had all this incredible footage, they got me involved to work together. This was only a few months after they had left Syria, so it was very raw. No one really knew what it was going to be in the beginning.

Al-Kateab: Even I had no idea what it could be.

Watts: It just kept growing. Initially we thought it had to be an hour, minimum, and then we realised it needed to be longer than an hour. The more we worked, the more you could just feel that this was a piece of cinema. 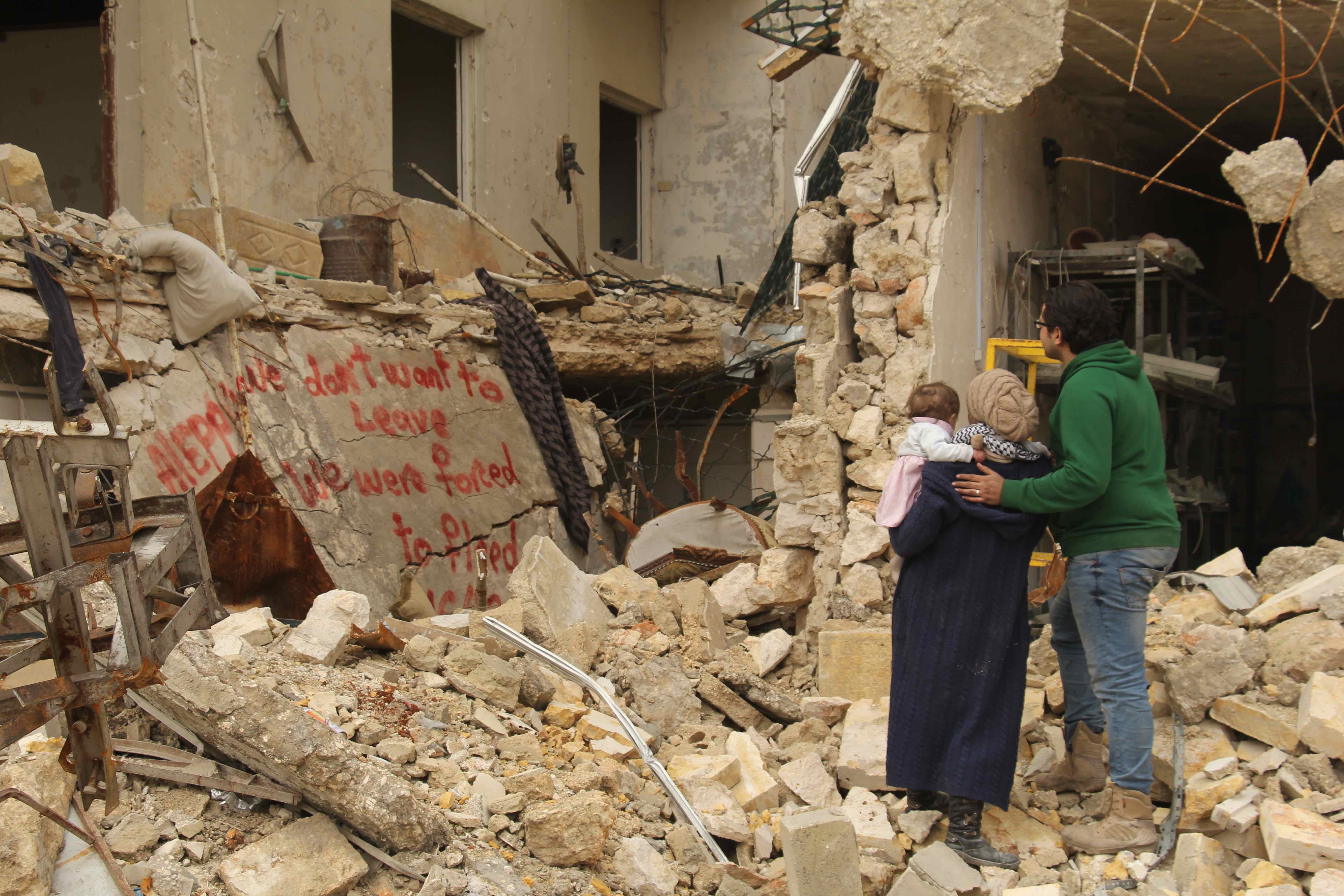 But Ed said, ‘No it’s about you’ – because we were trying to make a film about what I’d seen. Through the process I became happier with it being my story. It ended up giving me more space to tell the story of Aleppo.

What was the editing process like?
Watts: It was very intense. Everything was scrutinised to get the balance right and moving between the past and the present, the personal and the big, the dark and the light.

Al-Kateab: It was also a huge archive. At first we were trying to build the story chronologically for Ed to understand – because it’s very complicated and even for some Syrians, they are missing some dates of when the conflict happened. Through this process I wanted to find out why everything happened and how we started and ended up in this place.

At the screening last night, the moderator Jon Snow said you captured a female perspective of a masculine war. Is that how you see the film?
Al-Kateab: That was a surprise! We’ve always felt that war is about men and men’s decisions. While there were other [female journalists] coming in and out, I was the only female journalist living in Aleppo. I didn’t feel like I was a man, but I was part of this thing that was all about the men.

There’s a really interesting point about being female – we’re always trying to face our feelings rather than escape them. Of course we are all different but when this was all happening, I felt like women wanted to share their feelings. When we are shocked or scared about something, we come to share that, while [the men] didn’t want to speak about it.

When I was filming, by instinct I was drawn to women all the time. There are a lot of men in the film but at the same time a lot of women. I was a woman living there and I also have a daughter so that changes the way you see things around you. I don’t think For Sama could be a male journalist’s film. 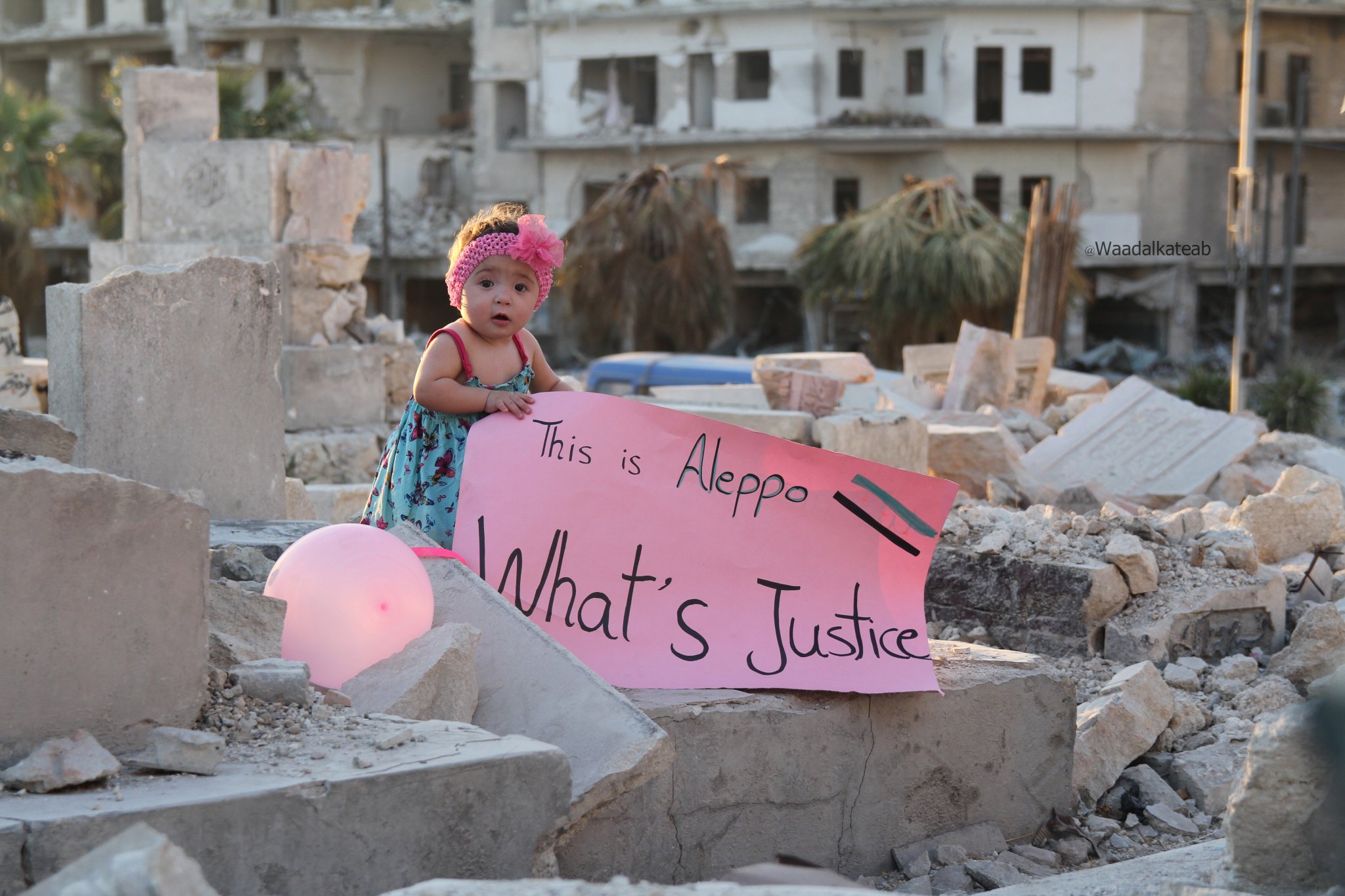 What do you want audiences take away from the film?
Al-Kateab: First thing is what’s happening now in Syria. Everything in the film is still happening now in other places and the question is how we can do something for these people and transfer the feeling of watching the film into a real action. That’s the first thing and last thing I want from the film: not just to tell the story to people and them be happy or sad or whatever, but it’s important because it’s still happening and we can do something. It was too late for Aleppo but it’s not too late for the rest of Syria.

Watts: I really hope for audiences here, that people realise this is the truth of what Aleppo was about. We’ve allowed our fellow human beings to suffer in this way before our eyes. I really hope people take away our shared humanity and that we have a stake in it.

For Sama will be broadcast on Channel 4 this autumn.

Linkedin
RELATED ARTICLES
OTHER ARTICLES
While protests over abortion rights rage in the US, access to abortion services is still almost nonexistent in parts of the UK.
The revered showbiz chronicler recalls his journalistic beginnings, documenting subcultural scraps in the ’80s.
Members of the collective share some of their reasons to run as part of #UnitedBySummits, a campaign that looks to uncover transformative power of the outdoors.
From the Yakuza to a biker gang, Bruce Gilden recounts capturing Tokyo and Osaka in the ‘90s.
In the last of our dispatches from OFFF Barcelona, Rufus Deuchler and Vincent Gault discuss the future of creative process.
To mark the anniversary of the mass trespass of Kinder Scout, a group of hikers came together with the intent of creating a new, fully inclusive culture for rural spaces.