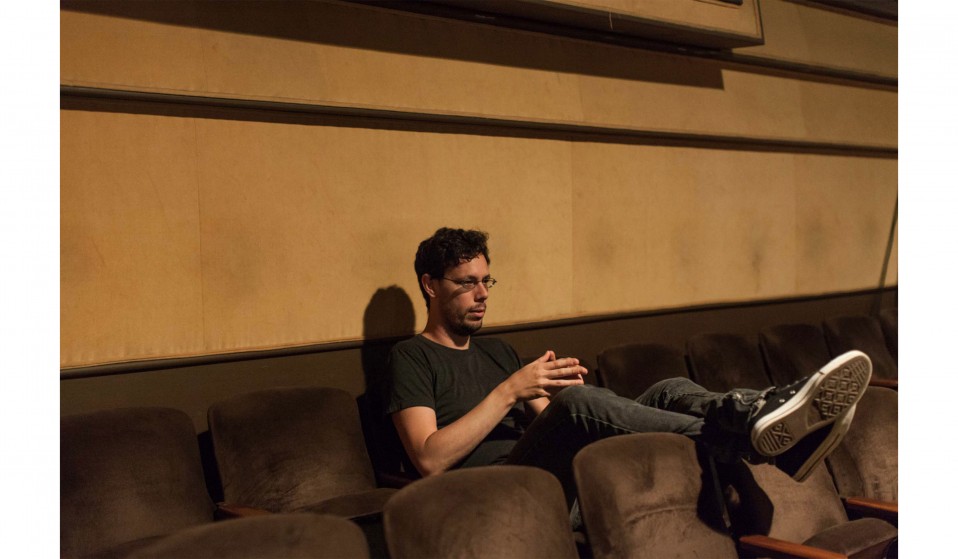 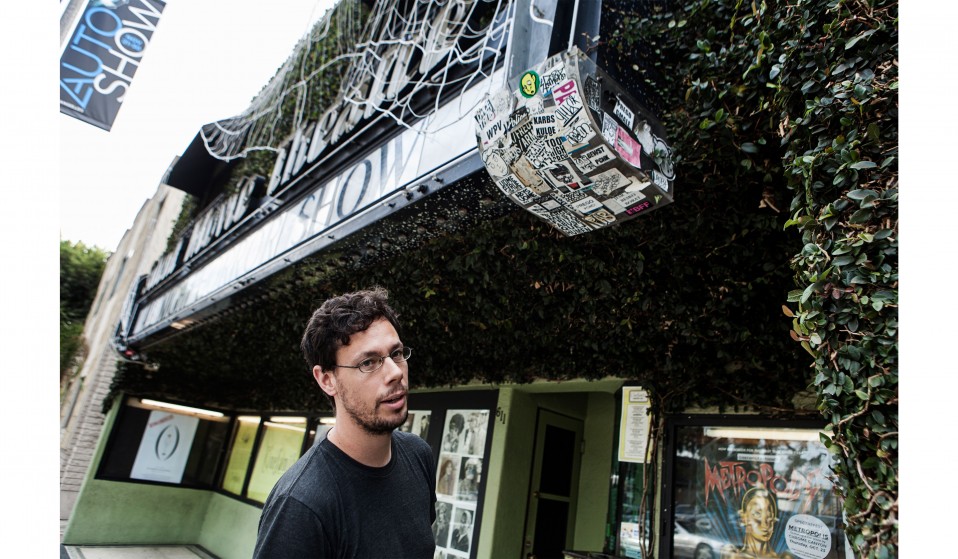 Get ahead of next year’s avant garde flicks with Cinefamily’s Brett Berg.

LA’s weirdest cinephiles are psyched for a weird year in film.

The Silent Movie Theater is a charming little art deco cinematheque on Fairfax in LA. It might look like it’s from another time – indeed it did only play silent films between 1942 and 1997 – but now the Hollywood tchotchke, and its candy-striped awnings, are home to Cinefamily, a non-profit of movie lovers devoted to exceptional and distinctive films.

The Silent Movie Theater was bought in 2007 by the Harkham family, who also established Family Books across the street, with the hopes of continuing its legacy as a silent movie theatre. They soon realised it couldn’t compete with the ton of noise in the city and brought Hadrian Belove, the owner of specialised Santa Barbara video store Cinephile, over to curate something a little more colourful.

“We definitely go for the wilder, weirder and more off-the-beaten-path films,” says Bret Berg, Cinefamily’s Director of Programming. “We do the high and the low very well… At the beginning we were quite rough and tumble, we were definitely the crazy kids in the corner, but over time we’ve become a lot more respected by the filmmaking community and we’ve had a lot more high-profile stuff, Q&As with people like James Franco and Robert Downing Jr., for example. We mix those higher-profile events with stuff that only appeals to total weirdos and creeps.”

With more and more people watching movies at home, and a ton of other things to distract potential film-goers from the stands, Cinefamily put a lot of emphasis on the cinema experience, coming up with idiosyncratic programmes curated around stuff like “films that fucked us up as kids.” Bret explains: “We wanted to make Cinefamily a destination for people to go out. We’re not just catering to really hardcore film-loving people, we’re catering for everyone who wants to go out, like a rock show or gallery opening. We want to be a place where the audience trusts us to put on a good time.”

Get ahead of next year’s avant garde flicks with Cinefamily’s Brett Berg.

Early next year we’re going to bring Ruben Östlund to LA. He’s this Swedish guy who started out making skiing sports films and his recent movie, Force Majeure, is fucking fantastic. It’s the closest thing to Kubrickian that I’ve seen in the last ten years. If you watch it you feel the pervasive dread of The Shining or Eyes Wide Shut or Clockwork Orange. I think he’s really fantastic and we’re really lucky to bring him out.

I was obsessed with Canadian film in the late ’70s/early ’80s. At that time the government created a tax shelter system to encourage investment and over the course of ten or fifteen years, every Canadian film was an art film because financial considerations went out the window. Filmmakers were free to do whatever they wanted, and the result is very weird and cool and totally untapped. I don’t think there’s ever been a retrospective of this period of Canadian film ever outside Canada, so we’re doing one next year and there are a lot of movies that are really ripe for discovery.

Another Canadian director who I’m kind of obsessed with is Xavier Dolan. He’s from Quebec and his new film, Mommy, played at Cannes. I think he’s fascinating. He’s kind of like the Canadian Fassbender. He’s twenty-five, and Mommy is his fifth feature. His first film, I Killed My Mother, was made when he was nineteen or twenty, and he’s been consistently great. He’s got something good going on and he’s one to watch, for sure.

Most people don’t know that Neil Young is also a filmmaker. He made a film in the early ’80s called Human Highway, which is very weird and very cool, and it stars him and Dennis Hopper and a bunch of other people. It’s recently been restored so we’re going to be showing that next year and having a film festival called Bernard Shakey, which is his pseudonym when he makes movies.

Exhibitors and producers have always tried gimmicks to get people into the theatre. Now, and I don’t know how widespread it is or if it’s just experimental, I’ve heard about this 4D thing, which is like an amusement park ride where they shock the seats and pump in smells and stuff. I’m sure it’s been tried before, but I’ve read a bit about theatres experimenting with 4D technology recently and I want to see where that’s going because I can see that being taken to extremes!

Find out more about Cinefamily.

Linkedin
RELATED ARTICLES
OTHER ARTICLES
As she gears up for the release of her first book, the 24-year-old climate activist talks standing up to authority and building a more inclusive movement.
Filmmaker Laura Poitras discusses her new documentary which traces the remarkable life of the artist-activist and the impact of her battle against the US opioid crisis.
A new law change is enabling Britain’s donor-conceived children to know the truth about their origins – but campaigners say the fertility industry must do more to protect people.
Photographer Sean Maung reflects on documenting a small town in Pennsylvania afflicted by high levels of unemployment, poverty, violence, crime, and addiction.
David 'Dee' Delgado’s photo project is about honouring and uplifting the city of his youth, and a world rapidly disappearing under the relentless onslaught of gentrification.
Following the release of his debut single, Deyaz talks battling addiction, dealing with his struggles through music, and building a budding music career from his living room.