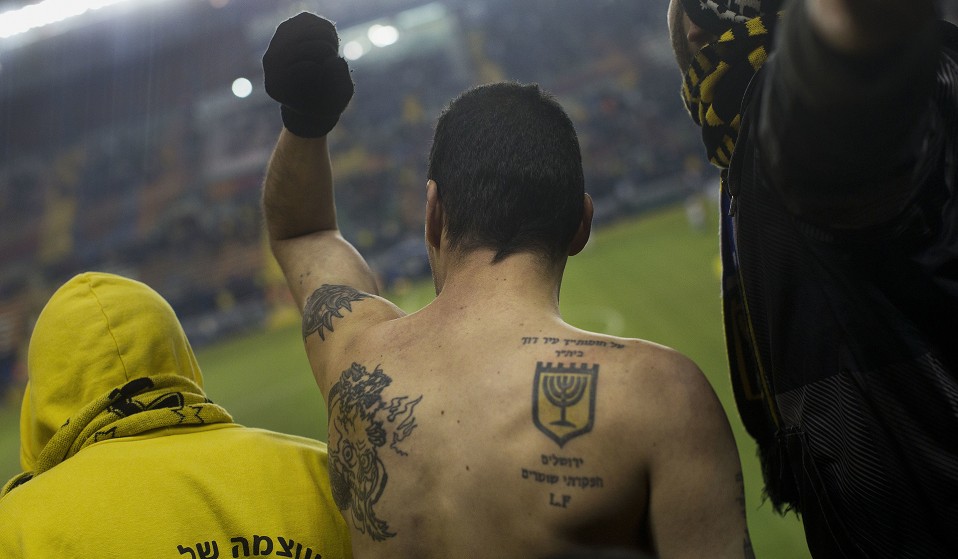 The year is 2013. Beitar Jerusalem FC – including brand new, surprise signings Zaur Sadayev and Dzhabrail Kadiyev – are heading towards the training field. The air is thick with tension, and journalist Maya Zinshtein is there to capture it all for her latest documentary project, Forever Pure.

Beitar Jerusalem has been a notoriously controversial staple of Israeli football since its inception. One of the top four clubs in the country, they are considered by many to be a symbol of the far-right and have repeatedly been supported by Zionist politicians during election campaigns. Beitar also remains, to this day, the only team in Israel to never have signed an Arab player.

More controversial than the club itself is its organised group of its die-hard supporters, known as La Familia. With a multitude of violent incidents and racist, Islamophobic slogans under their belt, the men of La Familia pride themselves on the fact their team must remain “Forever Pure” – Israeli, Jewish only.

The club’s latest signings, Zaur and Dzhabrail, are from Chechnya – and they’re Muslim. They’ve both been thrown into the eye of an age-old a conflict, thanks to a deal made by Russian multi-billionaire and team owner, Arcadi Gaydamak.

When Maya Zinshtein, an investigative journalist, was called to cover the signing of the two players, she wasn’t expecting to find such a huge story, or to see that the boys would receive such a backlash. However, once she began recording their arrival, she realised this was a pivotal moment in Israel football history – for better or worse.

For the film, Maya got in touch with the team and proceeded to shoot the experience of Zaur and Dzhabrai throughout their short season in Beitar. 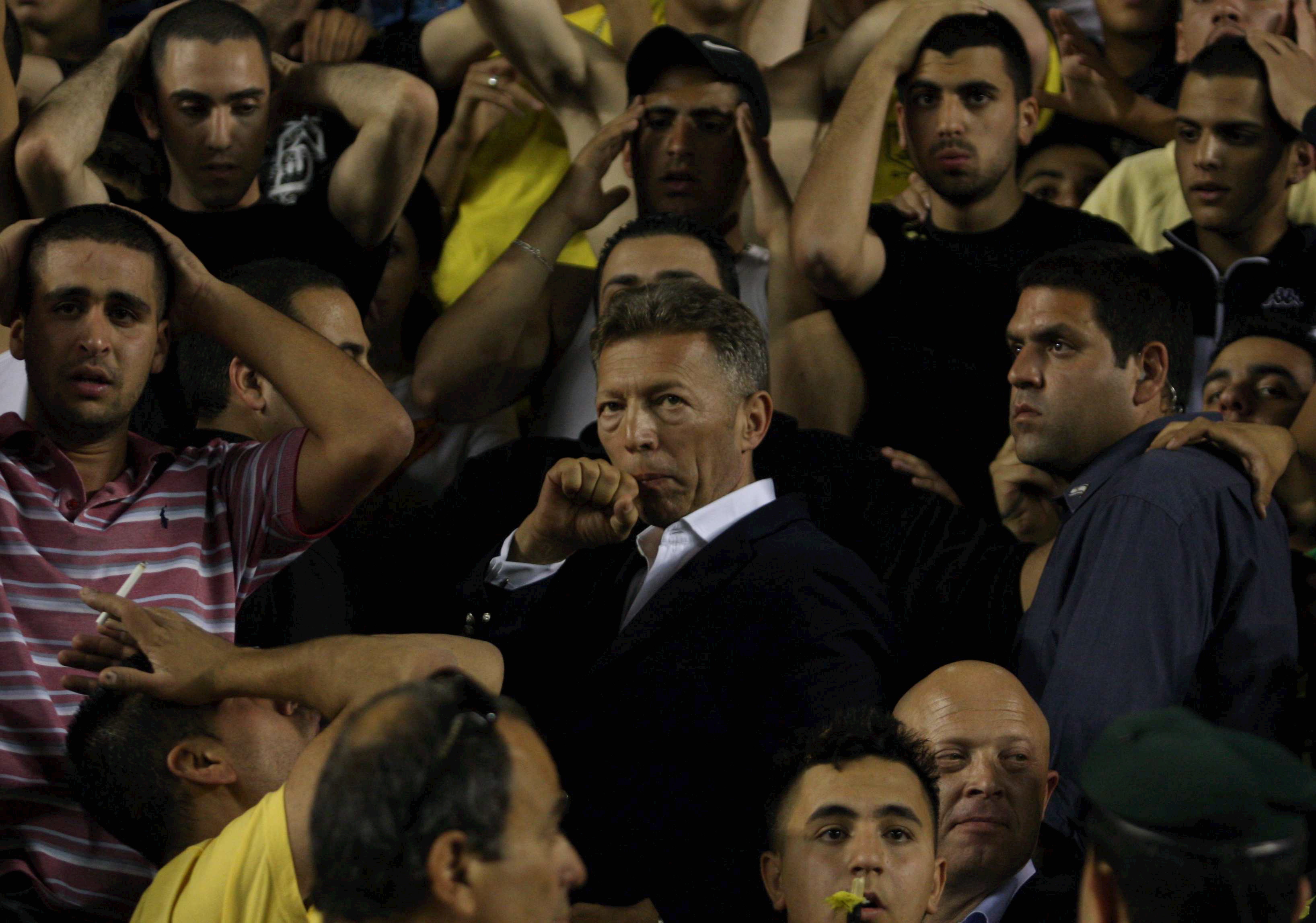 “I really thought that I was going to make a film with a happy ending – or at least I hoped,” Maya says. “I think we always end up making films about ourselves, or telling our stories through other people’s stories. I am an immigrant – I came to Israel when I was 10, to a Kibutz, which was a very small community. I really tried to be accepted, and I failed. So I kind of hoped that the Chechens would’ve had a different ending than I’d had, because I saw them trying, doing everything to be accepted. Unfortunately, their end was the same as mine – a failure.”

There are many trials throughout the film, but the singular moment Maya realised she would not be telling a story of victory and understanding was during the mass-walkout of La Familia, following Zaur’s first goal for Beitar.

“There is a basic, unwritten agreement in football between the players and the fans: If the players score goals, then the fans are meant to support them,” she explains. “That agreement was broken.”

“It was then that I understood there was nothing that they could actually do to be accepted. From that moment onwards, you just need to see how you’re surviving.”

Zaur and Dzhabrai were not the only ones to be repeatedly threatened and ostracised, either. The captain and goalkeeper, Ariel Harush, was also the victim of jeers and violence thanks to his declared support of the new arrivals. Also caught in the crossfire was Itzik Korenfine, the chairman of the team –  who, among other threats, was repeatedly told his daughter would be raped. 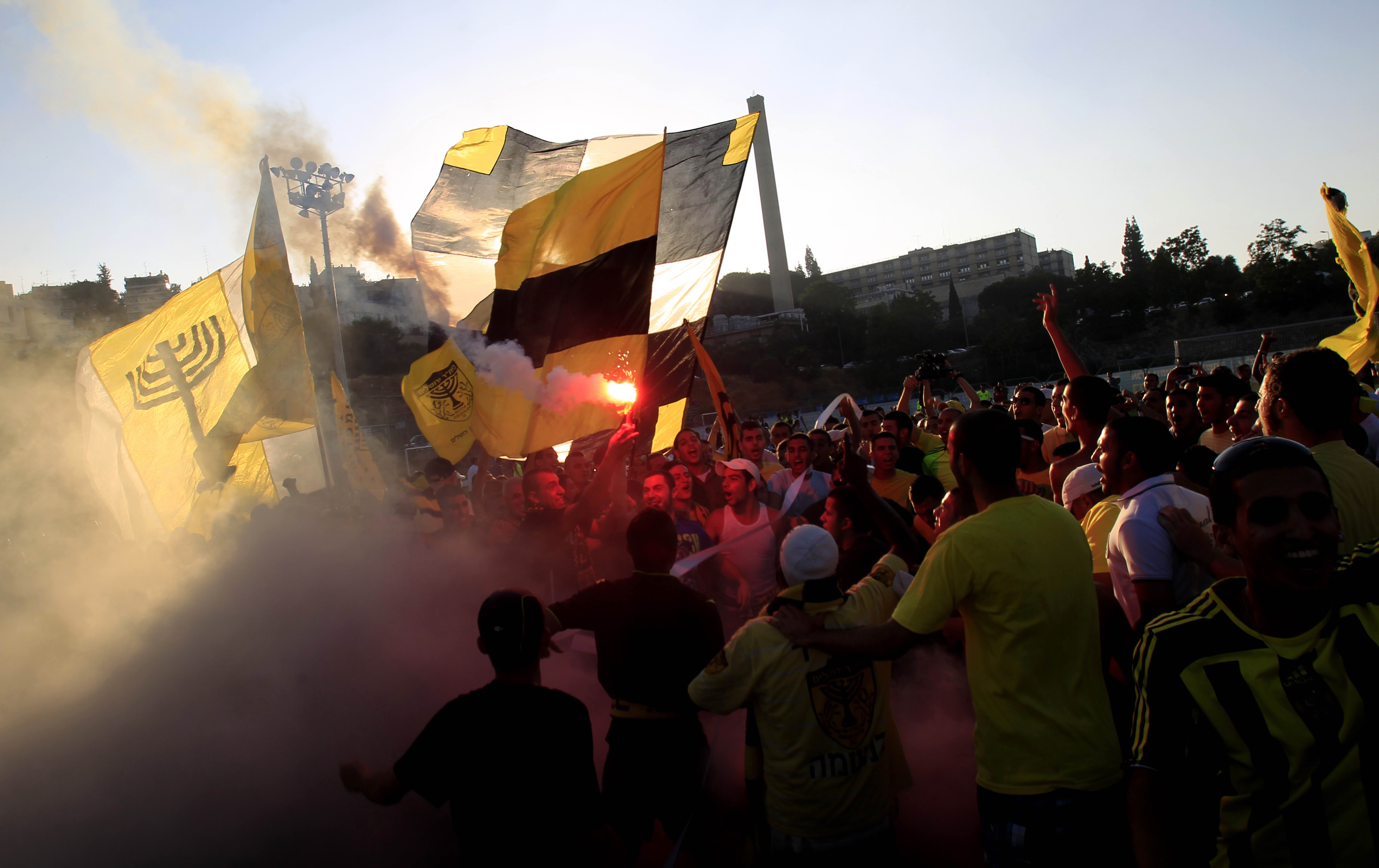 The documentary paints a unique portrait of the complex politics of football in Israel, and highlights the unusual dynamic between players and supporters. As Maya explains, Beitar Jerusalem is still very rooted in its ideology, and as such, it exists in a somewhat different realm to most other football clubs. The fans have absolute control over the club and its decisions, as well as its success and its failure.

It’s important to highlight that not all fans of Beitar support La Familia, and that La Familia is not representative of the population of Israel. In fact, many fans portrayed in the documentary openly oppose them. However, when it comes to calling out the team’s idleness, or other fans in their behaviour, the response is nothing short of shy. The same can be said about politicians and their lack of condemnation of this racism – another point addressed in Forever Pure, and something Maya hopes the documentary draws attention to.

“Some fans were telling me ‘it was so hurtful for us to watch that’, and I was writing them back to say ‘that’s great – it’s supposed to hurt, because it’s your club, you can actually change it’” she remembers. “In a way, it feels like [Forever Pure] put a mirror up – not only to the club fans, but also to the sports scene. People know about it now.”

Action is slowly being taken. Since March this year, the team’s management has established a no-tolerance policy for racist chants and banners; declaring that the team will walk out and not return if they start, be it mid-match or during warm-ups.

“The material of the film is very powerful and very difficult,” Maya says. “I think it is important that the people who you’re talking about will feel that you kind of pricked them – and I think the film is very honest.”

She adds: “It is important to me to show the complexity of this situation because nobody is born a racist. These people are the product of our society, and I think that the major problem is not necessarily the fans – it’s our leadership that are maybe not chanting, but are doing lots of things that are opening the ground for these actions. I don’t agree with [La Familia] – but I don’t hate them, because they are products of our society. We, as a society, have to take responsibility for that.”

Forever Pure by Maya Zinshtein is out on iTunes from 7 August 2017, via Dogwoof.

Linkedin
RELATED ARTICLES
OTHER ARTICLES
We introduce our series spotlighting the voices of people who’ve been impacted by anti-abortion laws and anti-choice protestors.
Following the release of his latest album, the rapper talks about finding a new approach to songwriting, attitudes to poverty, and why his music is more than a political statement.
An abortion storyteller talks about the termination of her pregnancy and the harassment she’s received for sharing her story online.
In the latest instalment of Photographers in Conversation, the creator talks portraiture, platforms and taking inspiration from Little Simz.
Tough fines and arrests for drug possession and supply is pushing festival-goers towards unsafe measures to consume or smuggle in their substances.
Steel City is often overlooked when it comes to the country's cultural radar despite its role in shaping electronic music.