Art & Culture / Virtual Reality: the indie filmmakers putting you at the heart of the story 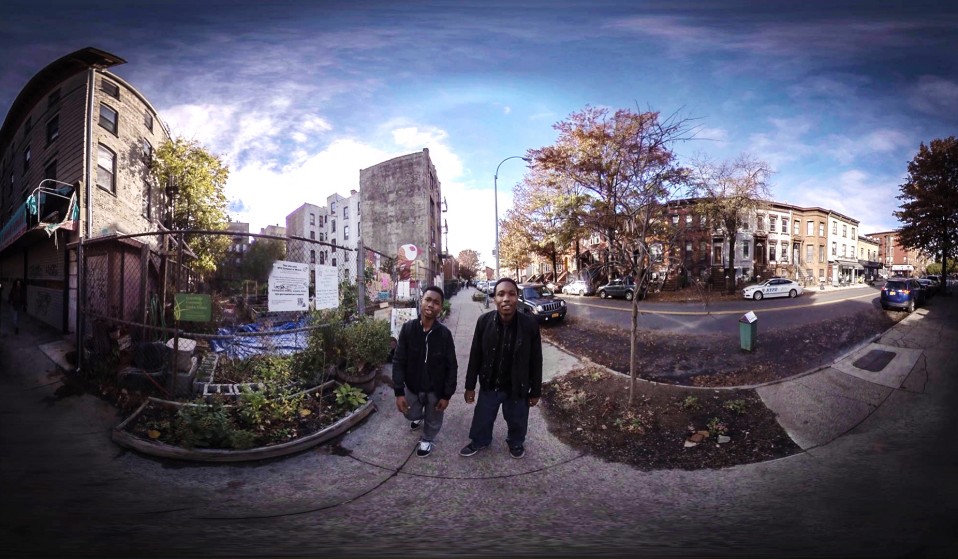 Indie filmmakers at Sundance are using virtual reality to enhance hard stories on social conflict. But is VR just another gimmick?

Mainstream studios are already exploiting virtual reality, looking for the next big thing. Now indie filmmakers at Sundance have begun using the technology to enhance hard stories on social conflict, including police shootings and sexual harassment. But is VR just another gimmick?

Sundance Film Festival has been taken over by technology! Don’t get too ahead of yourself, though, this year’s fest was still dominated by searing historical epics, quirky indie comedies and angsty paternal dramas. But something interesting was happening over at the event’s New Frontier program – indie film was entering virtual reality.

Recent high-profile representations of VR technology include Björk’s music video for Stonemilker in 2015, its principal selling point being its radical tech – the sheer spectacle of taking control of a 360-degree image. Narratively speaking, it was Björk looking floaty on an Icelandic beach. But filmmakers at Sundance are instead exploiting VR tech for its storytelling potential, using it to enhance, rather than to dominate.

One of the most arresting VR shorts to screen at this year’s Sundance is Rose Troche and Morris May’s Perspective Chapter 2: The Misdemeanor. Inspired by the shootings of young black men by police officers across the United States, The Misdemeanor replays the same violent altercation between two black youths and two white police officers four different times. But each interaction puts you in the POV of a different man, allowing for radically different viewpoints and perspectives each time.

It works as a follow-up to Troche’s 2015 VR short, Perspective Chapter 1: The Party, in which you could bounce between two young people interacting at a college party, and the subtleties and misinterpreted signals that lead to a sexual assault.

Speaking to the Voices of VR Podcast, Troche praised the format. “Its ability to put somebody in a first-person situation… You as a viewer get to turn your head all the way around and be able to say, ‘Oh my god, I get it.’ Then that person, because they understand it more, because they’re there, is able to recognise that they need to do something about it… It’s a powerful, powerful tool.”

The potential of the technology has therefore spearheaded a groundswell in experimental creativity; the number of VR films playing as part of this year’s New Frontier program hit 30, an increase of 21 compared to 2015’s festival. Similarly, London’s Raindance Festival this month launched a new strand soliciting VR shorts to be screened during their 2016 fest. 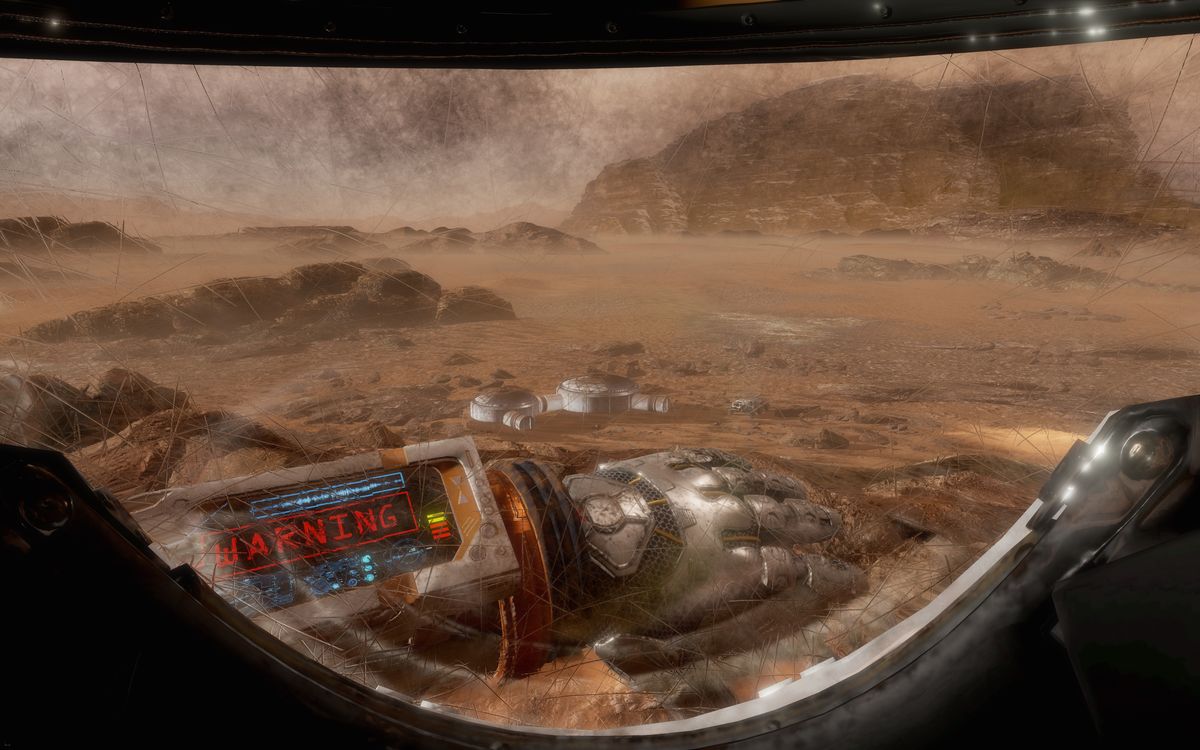 Unsurprisingly, the major studios are looking for apiece of the action – rather than simply exhuming cinematic relics like 3D, they’re suddenly realising the potential of radical new forms of tech. Last year saw 20th Century Fox release a promotional VR video for their Reese Witherspoon vehicle Wild, in which you could interact with her Pacific Crest Trail-hiking protagonist as she rested in woodland. This year saw Fox come to Sundance with something a lot bigger.

The Martian VR Experience is a virtual reality film inspired by the recent Matt Damon sci-fi movie. Playing like an interactive videogame of sorts, you are tasked with completing several of the survival missions Damon’s character faces during the movie, including ejecting yourself from a cockpit and surviving a sandstorm.

Right now ‘experiences’ like this are only accessible at special events, with dates or prices for commercial release on Oculus headsets still to be determined by top brass at Fox. But there seems to be an internal buzz for the format. A recent New York Times story indicated that the studio is plotting exploiting its recent back catalogue for opportunities to create similar VR experiences, with films mentioned including Life of Pi and Black Swan. 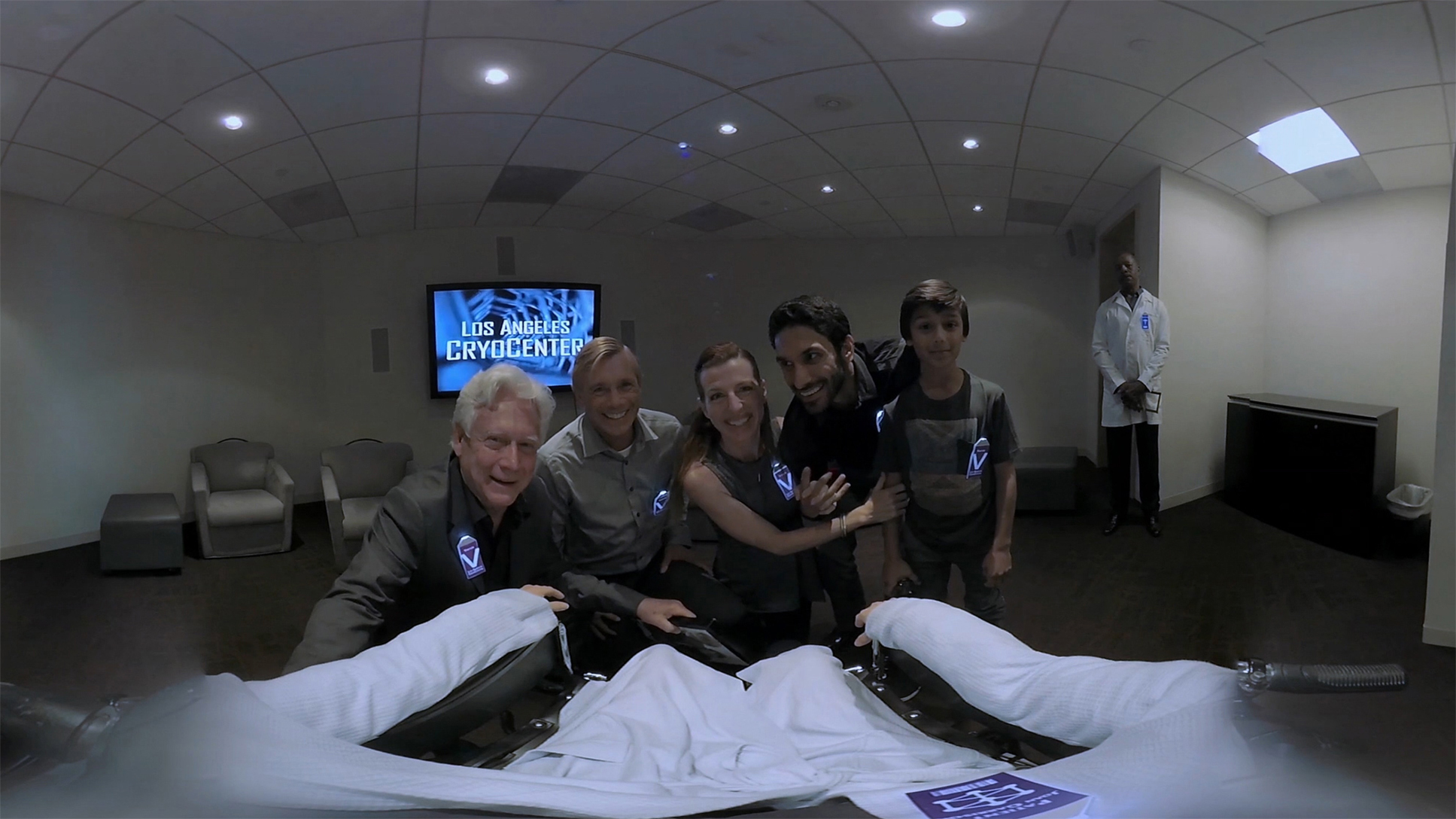 It’s also interesting to wonder where the format could go from here. For an indication of what could lie ahead, look no further than Defrost, an interactive short that premiered at Sundance. Directed by Randal Kleiser (the man behind Grease and The Blue Lagoon), Defrost puts you directly in the head of a woman waking up from years in cryogenic freezing, and we watch from her POV as she is informed of her situation by sinister doctors.

Defrost clocks in at only four minutes long, meaning it’ll likely take years for something of a similar nature to hit traditional feature-film lengths. But its interactive, ‘Choose Your Own Adventure’-style VR storytelling could be a siren song to Hollywood producers on the hunt for fresh gimmicks to lure in audiences. So don’t be surprised if the biggest summer blockbuster of 2025 has you as its star.

Linkedin
RELATED ARTICLES
OTHER ARTICLES
The pro skateboarder withdrew from the 2020 Olympic Games so he could come out as trans. Now, he’s hoping to encourage others to live as their authentic selves – within the sport and beyond.
Photographer Sean Maung reflects on documenting a small town in Pennsylvania afflicted by high levels of unemployment, poverty, violence, crime, and addiction.
Campaigners reflect on what the supreme court’s decision to allow buffer zones in NI means for the future of reproductive rights in the UK.
The first-generation graffiti artist reflects on the tagging’s emergence as an art form and the players who pushed the medium forward.
David 'Dee' Delgado’s photo project is about honouring and uplifting the city of his youth, and a world rapidly disappearing under the relentless onslaught of gentrification.
After fleeing the war in Ukraine, people are finding it impossible to secure affordable and decent housing in the UK.