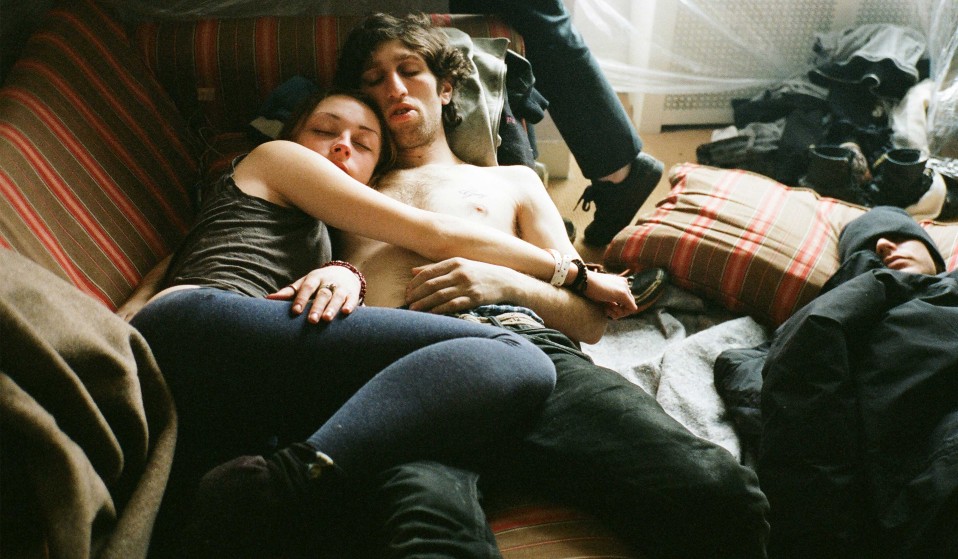 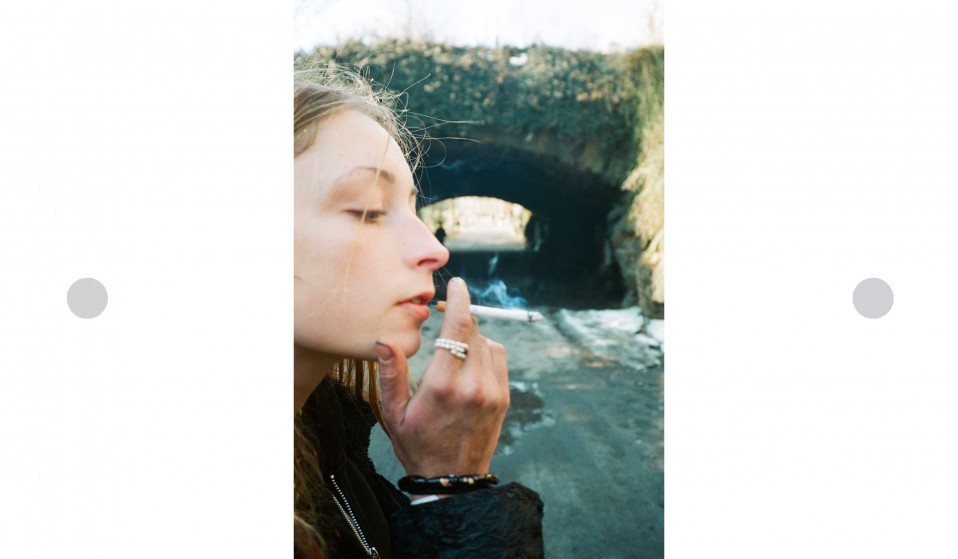 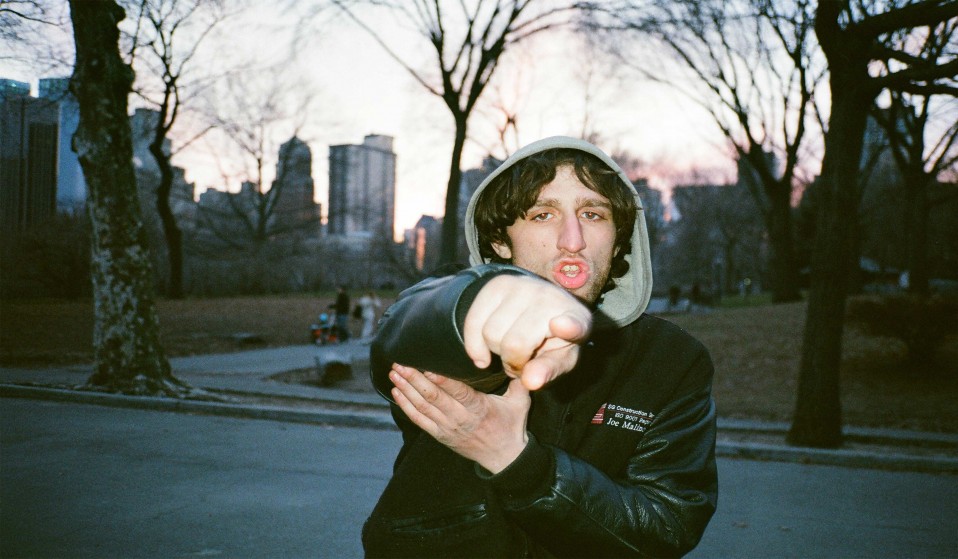 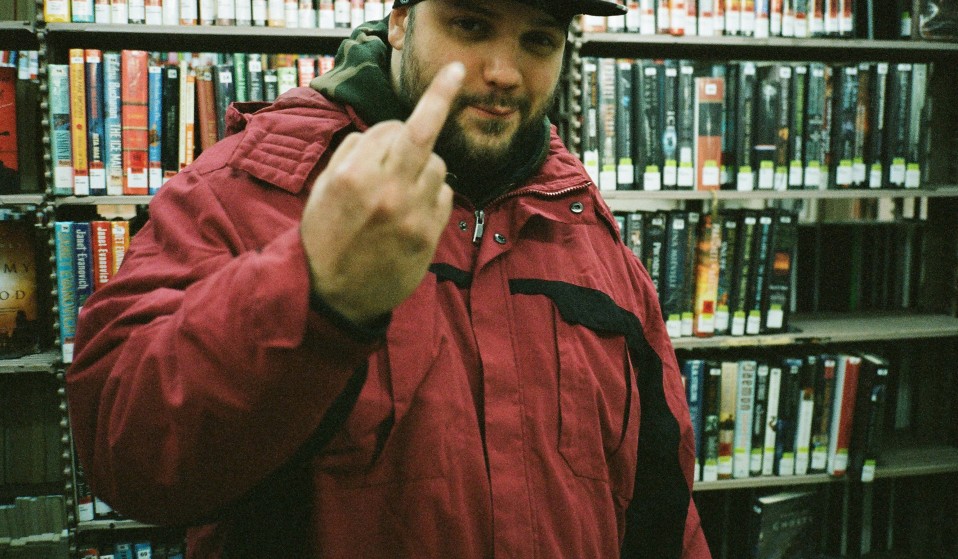 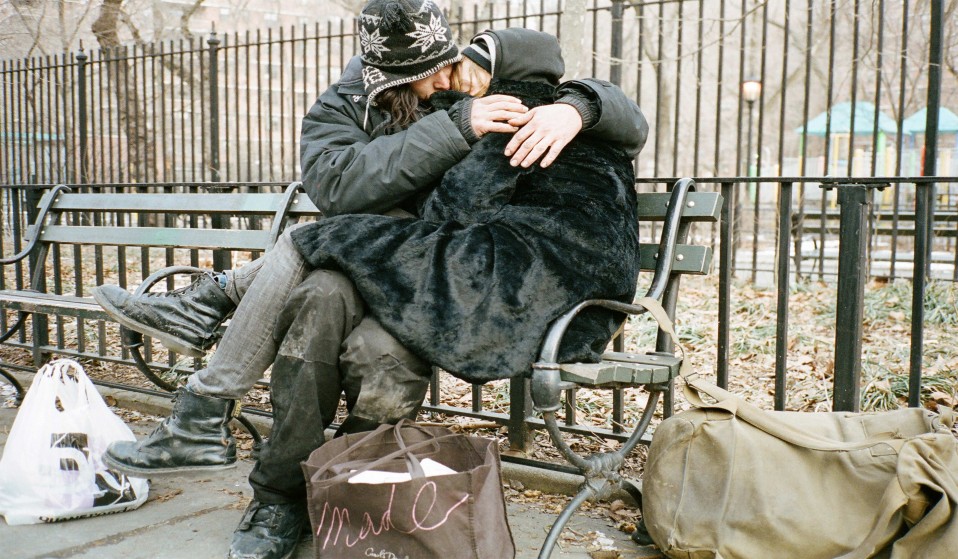 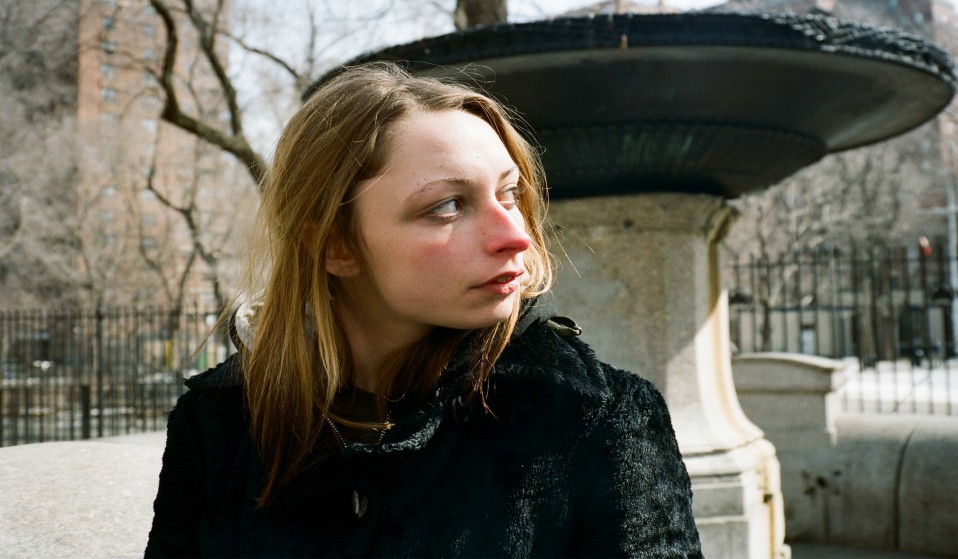 Without a series of cosmic coincidences, gritty indie feature Heaven Knows What would never have come together, explains director Josh Safdie.

Without a series of cosmic coincidences, gritty indie feature Heaven Knows What would never have come together, explains director Josh Safdie.

If they weren’t already firmly established in the independent movie scene, the Safdie brothers have cemented their place with their fourth feature Heaven Knows What, a semi-biographical film based on ex-heroin addict Arielle Holmes’ unpublished memoir, Mad Love in New York City.

Arielle stars as Harley in her first on-screen appearance, a strange hybrid of fiction and documentary centered around Arielle’s life on the streets of New York’s Upper West Side and her destructive relationship with fellow addict Ilya.

Heaven Knows What hits you with an unflinching intensity and rawness that never subsides. There is little backstory or context, instead the film moves with its characters, between fixes and encounters, scraping cash together for food and rent. It exists in moments, and it’s right up in your face, powered along by an electric soundtrack.

The story of how Heaven Knows What came to be is slowly reaching a mythical status. While researching another film project in the diamond district of NYC, Josh Safdie saw a striking girl on the subway. He approached her, assuming she was a diamond district girl, and they agreed to discuss the possibility of her being in his film. When they met a week later, Arielle looked completely different, dressed like a street kid, eyes nodding out. She began telling Josh about her life, and her all-consuming romance with her boyfriend Ilya. The two struck up a friendship, and Josh started hanging out with Arielle and friends.

After Josh had gotten her a job in a music video, Arielle suddenly dropped off the radar. Her phone disconnected, Josh assumed that was the last he’d ever see of her. But some time later she called him up, saying she just got out of the hospital after trying to kill herself. Josh began asking Arielle to write about her life, to convince his brother to make it into a film. He started paying her per page to write about her life, and as the book came into being, they adapted it into a screenplay.

We spoke to Josh Safdie about his experiences making the film.

It’s kind of amazing how all the elements of this film came together.
The movie was shrouded in tons of cosmic coincidences. The first time out casting director Eléonore Hendricks ever street-casted somebody was ten years ago, and the first person she stopped on the street in the Bronx was a little boy who was 14 years old, named Ilya Leontyev. She fell in love with him and tried to convince him to be in movies and he wouldn’t do anything. Then ten years later I stop Arielle Holmes. And Eléonore was my girlfriend, I lived with her, she would talk to me about this Ilya kid as the one that got away. So this movie, it’s shrouded in a spirituality that I’m not quite understanding. It’s a higher power filmmaking, I feel like the movie is doing something greater than a movie, in that when people watch it they don’t know what they’re watching.

How biographical is the film?
I mean, it’s for the most part her life. Me and Ronnie [Bernstein], the co-writer, we took some liberties, moving things around to fit a narrative, as you do when you adapt something. We condensed multiple characters into one and tweaked here and there. But I actually found – and so did Arielle – that the more we tweaked things into the realm of fiction, the greater her performance became, which I think is a testament to acting and it’s power and psychodrama. When she saw the movie for the first time she said it felt more real than her life did. And I think that’s again another testament to the illusion of movies and the power of performance.

What was it like working with nonprofessional actors, who had lived these experiences?
I would say that, for the people from that world… it was a big deal for them. It was a sense of purpose. All of a sudden they had something to do and had someplace to be that they were getting paid for. And it was collaborative, I was looking to collaborate with these people. I think people from the street, be it a homeless kid or a drug dealer or just someone who spends most of their time on the street because they live in a city – these people are very performative because they have to interact with so many people on a daily basis, that the idea of performance is very subversive to them. So I really like working with, I guess you could say, an urban milieu, because the street theatre is such a strong influence.

Did this come with any challenges?
Ari [Holmes] was on methadone while we were making the movie and I later found out that Buddy [Duress] was using throughout the whole film. He ended up getting arrested 12 hours after he finished the movie. I knew that he was on the run while we were making the movie, I knew that he had warrants out for his arrest, and that was why we had to make the movie when we did. Because I knew that after a year they come after you really hard, and I really wanted to work with Buddy. He was kind of a main inspiration for the movie just as Ari was.

But yeah he had a warrant out for his arrest. So whenever the cops would come around it would put us all on edge because we would always talk at the end of the day and say, ‘Do we have enough with Buddy to cut a movie? Because he could get arrested tonight and then that’s it, he’s going away.’ And he promised me, he said ‘I will finish this movie.’ And he held up on his promise because we finished the movie.”

There’s a relentless tempo to the movie, it’s pretty intense the whole way through. Did it feel that way on set?
The energy on set was interesting because it was pretty manic at times. We were shooting on the street all the time and it was five degrees out. But there was this kind of heavenly quality to the filming of the movie in the sense that we were like these Greek gods, all of us, and the city was our oyster. We were doing what we wanted in the city with these scenes, and we were doing it for the sake of drama only. The Greek gods, they were never going to die, so they were so bored that all they did was mess with mortals for the sake of drama. So it had that vibe to it while we were making the movie.

Heaven Knows What is out now in the US.

Linkedin
RELATED ARTICLES
OTHER ARTICLES
The idea that a younger generation is abandoning work has become a popular narrative online, but it doesn’t necessarily reflect reality.
Ahead of the release of their first collaborative album, the producer and rapper talk psychedelics and the state of UK hip hop.
Rhiannon Adam spent three months capturing an ageing society wracked by division, isolation, and the aftermath of scandal.
Financial turmoil is pushing people who work in the sex industry into more dangerous and desperate situations as a means of survival.
Birdy Chu reflects on documenting the historic moment in which the territory was formally passed back from the UK to China.
Following the announcement of an 80% hike in the energy price cap from 1st October, crowds gathered outside the offices of energy regulator Ofgem to protest and declare their intention to undertake a payment strike.