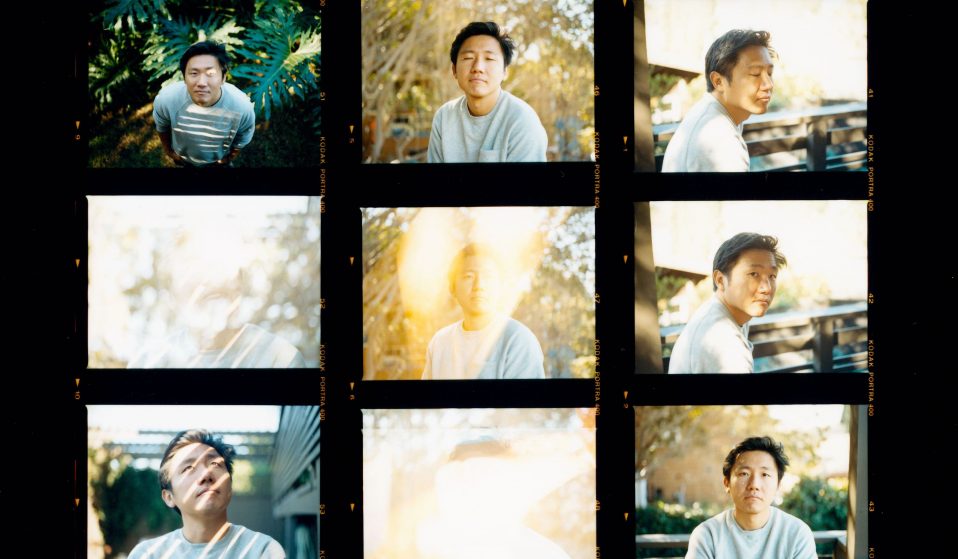 Hiro Murai is having a moment. Following his acclaimed work with Donald Glover, the filmmaker is now one of the most sought-after in Hollywood, tackling contemporary anxiety with an absurdist touch.

Hiro Murai is having a moment. Following his acclaimed work with Donald Glover, the filmmaker is now one of the most sought-after in Hollywood, tackling contemporary anxiety with an absurdist touch.

Early on in his career, when filmmaker Hiro Murai was in need of new ideas, he’d climb into his car – at night – and set off on a long and aimless drive through the shimmering mass of Los Angeles.

He’d drift off into daydreams as he made his way through the city’s various pockets and neighbourhoods. “It’s like washing dishes for me: your hands are busy, but your brain can sort of oat away and wander,” he explains. “But yeah, I do it less now. I used to do it more when I had a lot more free time.”

Two months later, Childish Gambino (Glover’s musical alter ego) released the No. 1 single “This Is America”, for which Hiro directed the accompanying video: a powerful indictment of US society that mixes dancing with scenes of riots and shootings. It became the biggest moment for a music video in recent history – amassing nearly half a billion views and being rivalled perhaps only by Beyoncé’s Lemonade in terms of cultural impact.

It’s a run that’s seen Hiro Murai proclaimed “filmmaker of the year” by The Ringer, hailed as a “visual mastermind” by Vanity Fair and linked with the long-mooted live-action adaptation of Katsuhiro Otomo’s Akira (an honour that also befell Jordan Peele in 2017 when the reaction to Get Out reached its peak). “Things have certainly gotten weirder,” Hiro says with a chuckle. “It’s been a culture shock – a funny process.”

Born in Tokyo, Hiro moved with his family to the US at the age of nine. He was always a “pretty quiet” kid and had a harder time adapting to life in America than his little sister. “At that age it’s incredible, you just kind of soak in your environment.”

When he got homesick, he would watch anime – partly out of a longing for the country he grew up in, partly out of a desire to keep up with the culture. “It felt familiar to me,” he remembers. “At the time, there were video stores that would record TV shows on VHS and then rent them out. It was a weird portal to the culture I left behind in Tokyo. We would rent out the VHS until you couldn’t watch it any more.”

After school – a time when he’d begun mucking around with cameras and editing software, creating his own short films – he enrolled at USC’s School of Cinematic Arts, a decision that came as little surprise to those who knew him. Post-graduation, he started freelancing as a director of photography and camera operator, taking whatever job that would allow him to be on-set. 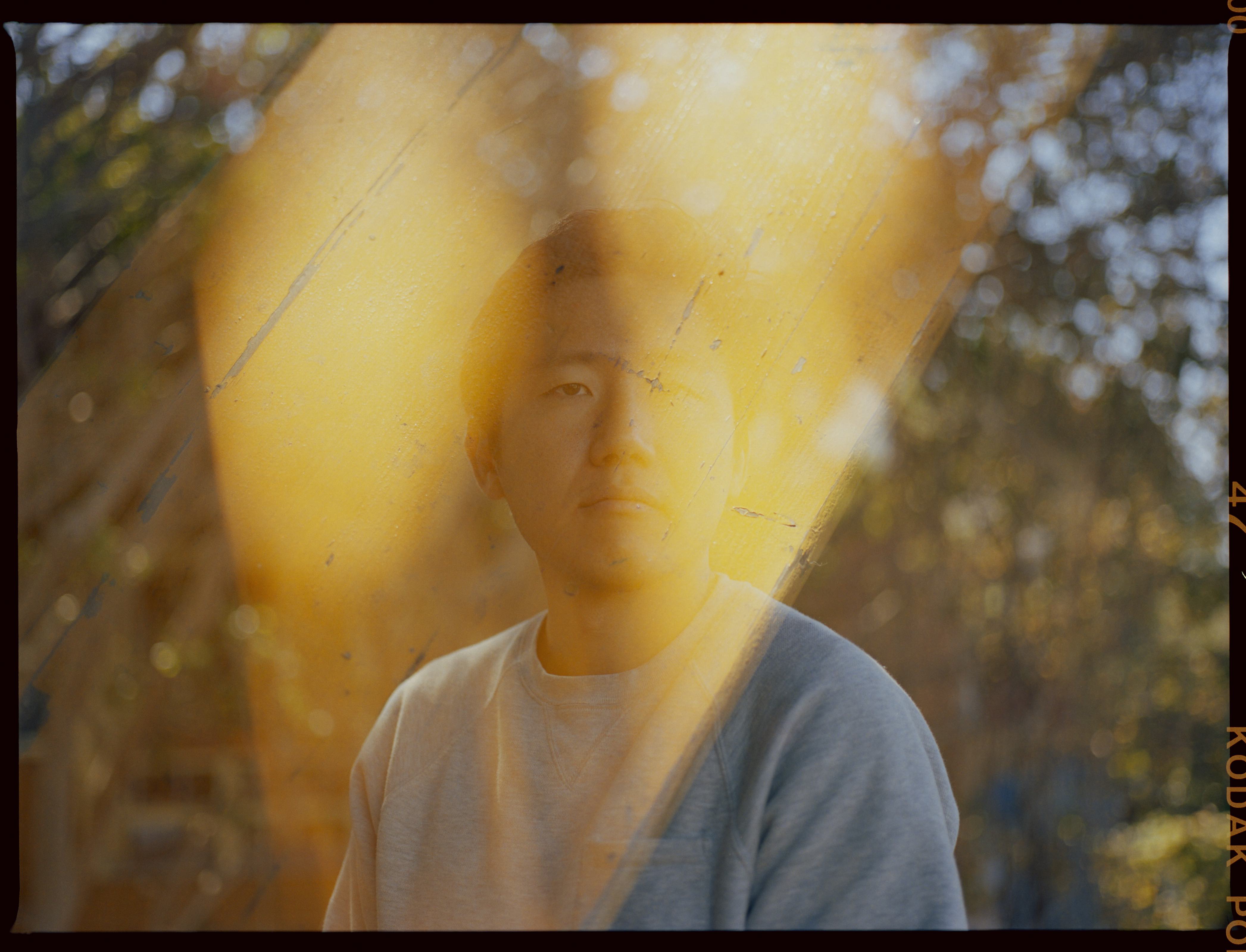 “I was just trying to pay rent. I was doing storyboarding and concept art too – pretty much anything I could convince people to pay me for. I was, like, 22 so I didn’t really know what I was doing, but I’d just do anything in the industry.”

Freelance work eventually put him in touch with a small production company looking for filmmakers who could thrive on small budgets. He began directing music videos that could cost as little as $500 to make. “And it very, very slowly grew out of that,” he adds.

Though warm and grounded in conversation, Hiro has always had a talent for constructing uniquely unsettling scenes. In 2009, he directed the video for the Armand Van Helden remix of Bloc Party’s “Signs”: a Chris Cunningham meets David Cronenberg blend of body horror featuring disfigured humans with disco balls and megaphones for heads… among numerous other things. (The stand-out character was a talking vagina.)

In 2013, having solidified his reputation following a string of similarly striking works, Glover got in touch asking to collaborate. They made four music videos and a short film together in just two years. Then, in 2016, the first season of Atlanta hit screens… and people began to take notice.

“With him more than anyone, I feel like we’re looking for the same thing,” he says of their relationship. “I’m constantly looking for things that have their own emotional logic, things that are trying to articulate abstract ideas – I see that in him also. He’s aware of culture in a way that I’ve just never seen before, in a way that I’m not at all. I learn a lot from watching him.”

In the five years or so they’ve been working together, the pair have crafted an innovative brand of surrealism – sometimes funny, sometimes fucked up, but usually both at the same time. Whether it’s cryptic layers of symbolism or an ability to pivot from humour to horror in an instant, the work explores contemporary angst with refreshing urgency.

“I don’t know if [Donald and I] ever concretely talk about that being our mission, but when we talk about ideas, everything we’re making is in that context of being alive right now. That anxiety is foundational.”

With a third season of Atlanta confirmed for 2019, as well as a secretive new film starring Glover and Rihanna (titled Guava Island), it’s unlikely Hiro will find time for another LA night drive anytime soon. But when it comes to assessing what’s next for him, he uses it as a metaphor nonetheless.

“I’m always just sort of, you know, driving around LA at night looking for the next thing,” he says, “I don’t have a destination in mind, so much. Just trying to find something that’s interesting for me.”

See more of Hiro Murai’s work on his official website.

Linkedin
RELATED ARTICLES
OTHER ARTICLES
After news broke last week around an expected reversal of the 1973 landmark law that made abortion legal in the US, protestors gathered in the UK in support of American women.
Photographer Robin Graubard’s debut book offers an unflinching record of turbulence and change across the Balkans.
Over the weekend, London locals came together to resist a pre-planned police raid targeting delivery drivers.
The author discusses her blistering new novel about history, revolution and queer love.
The government is scrapping the Human Rights Act in a move that will hit marginalised people hardest.
The situation in Afghanistan remains dire, with many groups facing persecution at the hands of the Taliban.